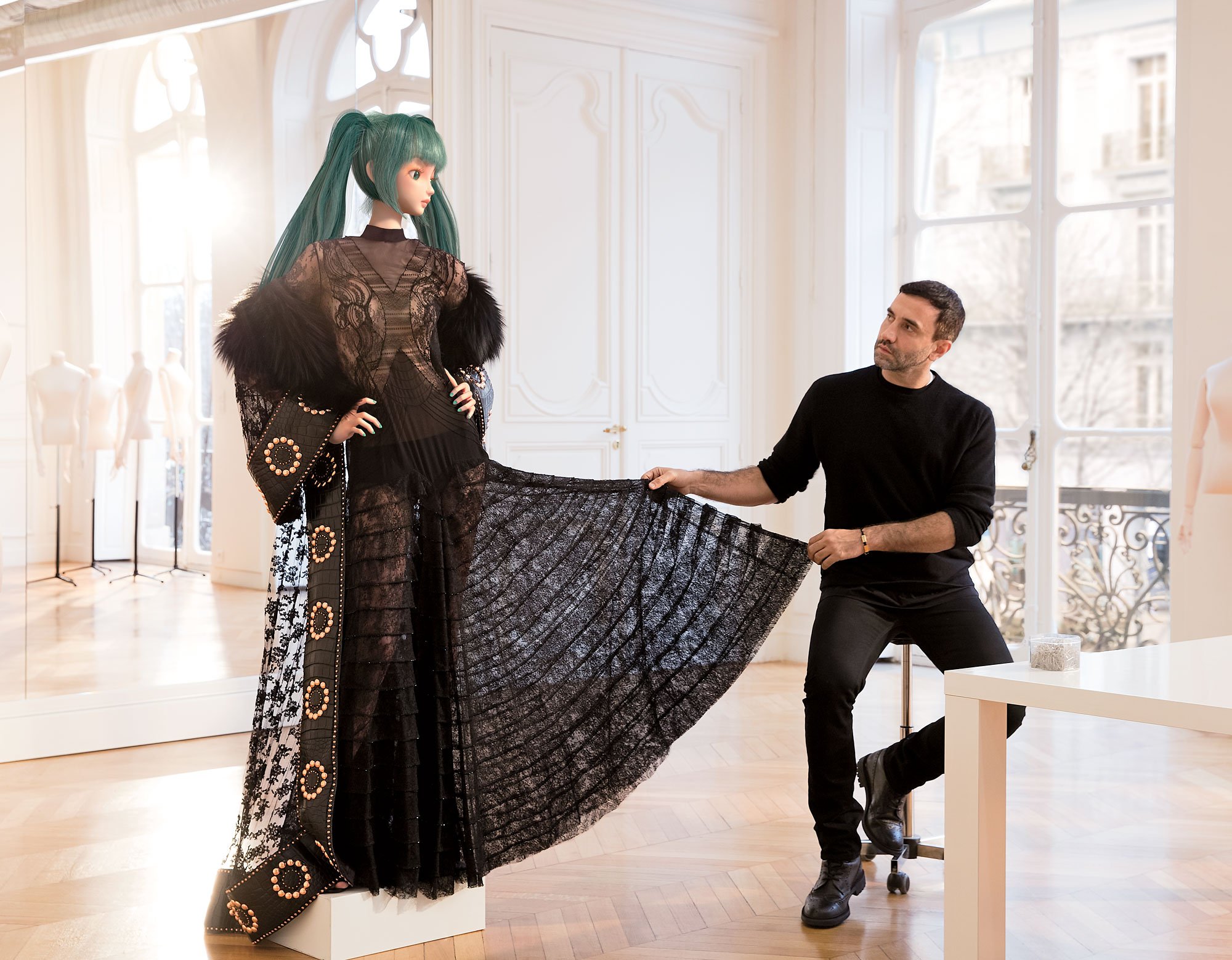 Virtual idol Hatsune Miku traded in her iconic digital aquamarine for some awe-inspiring threads at Givenchy’s Paris studio for a special article this month in Vogue magazine. “The outfit has multiple types of lace with some crocodile trim,” notes designer Riccardo Tisci, “and, though you can’t see them from far away, there are individual Swarovski crystals.”

Vogue magazine is the just the latest mainstream publication to recognize Hatsune Miku’s growing presence in all aspects of entertainment. The Vocaloid star has been solidifying her hold on the world’s eyes and imagination with her current tour of Miku Expo, hitting ten cities in North America alone from April – June this year, with a Taiwan show just announced for the summer.