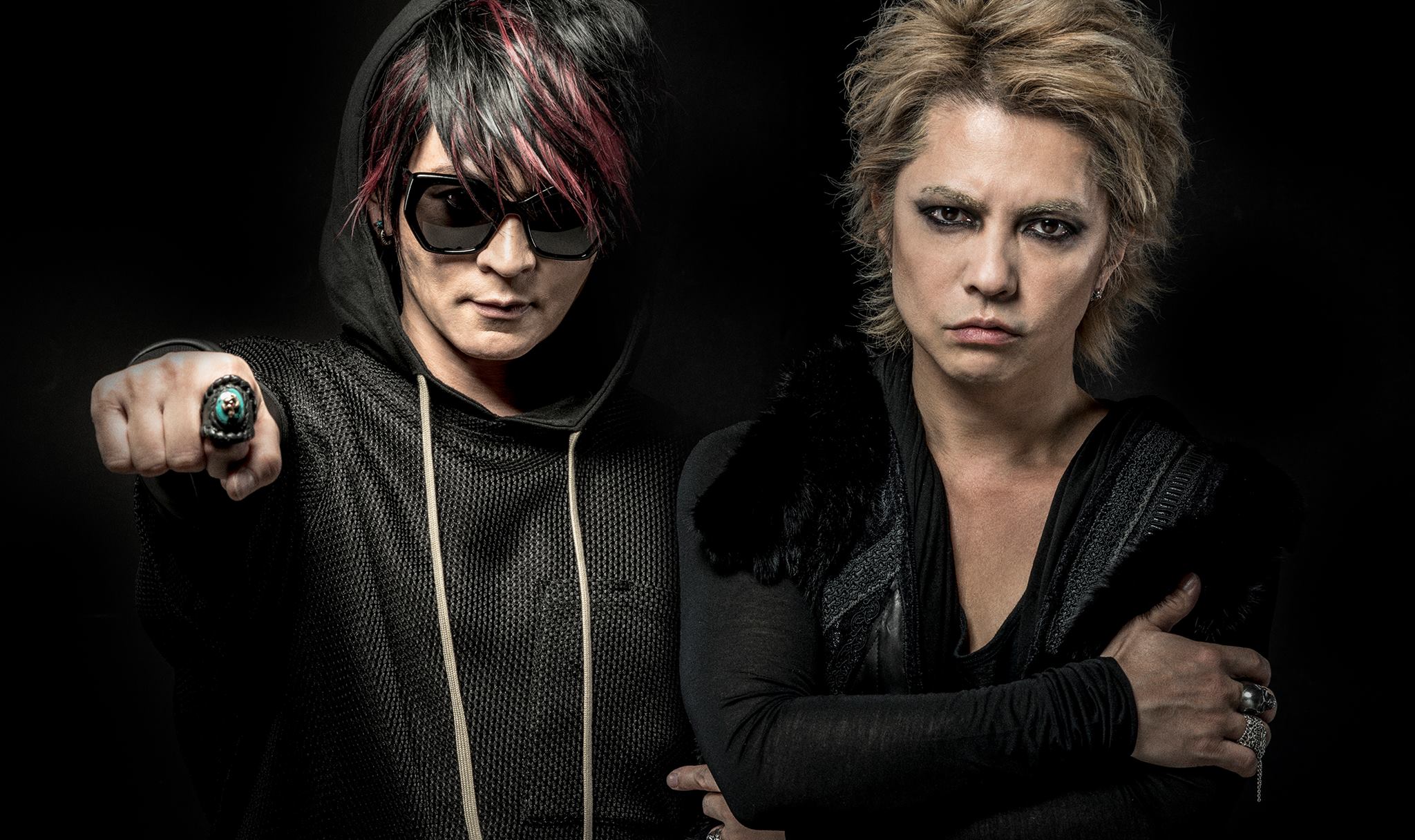 VAMPS is one of the hardest working groups in the music industry. They love what they do and they love their fans, so they tour like crazy. (Not sure where they get all their energy from, but maybe it’s from all the blood-sucking). Just minutes before rocking out with the two Japanese Vampires at the Roxy, during a quick break between their sound check and fan meet-n-greet, I had a quick chat with HYDE and K.A.Z about playing for new audiences, recording their new album UNDERWORLD, and Halloween.

I’ve always been impressed by how often VAMPS has toured America. When you’re on the road, what do you enjoy the most?

HYDE: When I get to drink at night in the bus! (laughs)

Recently, you’ve started touring with groups like Sixx:A.M., Apocalyptica, I Prevail, and right now you’re in the middle of touring with Danzig. What’s it been like to tour with such a wide range of rock acts?

HYDE: Each fan base is so different. It’s a learning experience to adapt our performances for these different groups of rock fans.

How do you adapt? How do decide what’s working and what’s not?

HYDE: When the audience is standing straight up and not moving at all, it’s hard to read if they’re enjoying the show or not. We watch their reactions and when we notice more people are moving their bodies to the music, we try to shift our focus more towards the music that’s making an impact.

You’ve both said UNDERWORLD is designed to appeal to American rock fans. What made you decide to create this new album with a more “American” feel?

K.A.Z: When we first started VAMPS, we performed in Japan. But each country has their own feel for what rock is. In Japan we do well, but overseas we aren’t widely known yet. We feel like American rock is more authentic and real, that’s what we’re inspired by. We wanted to take our music towards that. We feel like the English language — the English words — feel more “rock”, more authentic and rough. The Japanese language is a little smoother and less harsh.

So the Japanese language can make rock music sound more beautiful and less strong in a sense?

K.A.Z: The Japanese language doesn’t have words or pronunciation that have a lot of punch, so we feel like we can put more punch into our songs when we sing in English. We notice that compared to other languages, too, that Japanese can be soft.

Have you noticed any differences with how American fans and Japanese fans respond to these new tracks live?

HYDE: I do feel a slight difference between how I feel in front of an American audience and a Japanese audience. But it’s something I feel physically rather than something I can describe in words.

UNDERWORLD is the first time you brought a producer in to work with VAMPS. I noticed both HYDE and your producer Kane Churko share lyric writing credits. HYDE, how did you collaborate with Churko on the lyric writing process?

HYDE: I would tell Kane the image I was looking for and then he would write the lyrics. He’s a really smart guy, so he would often get ahead of where I was — he went at a quick pace. But we made it work.

UNDERWORLD feels heavier and darker than BLOODSUCKERS. “Bleed for Me” in particular has a strong, dark aura. K.A.Z, as the creator of that song, what inspired it?

K.A.Z: The song was actually created a long time ago. I was working on it as a possible song for a video game — but when they decided not to use it for the game, I adapted it for VAMPS.

I’m glad it’s on this album!

I’m always jealous of fans who can attend your epic Halloween parties and I know I’m not the only one. Would you bring your Halloween party here to America?

HYDE: I would love to do it in the states if someone invited us here! (laughs)

Have you picked your Halloween costumes yet?