Read part 1 of the interview here! 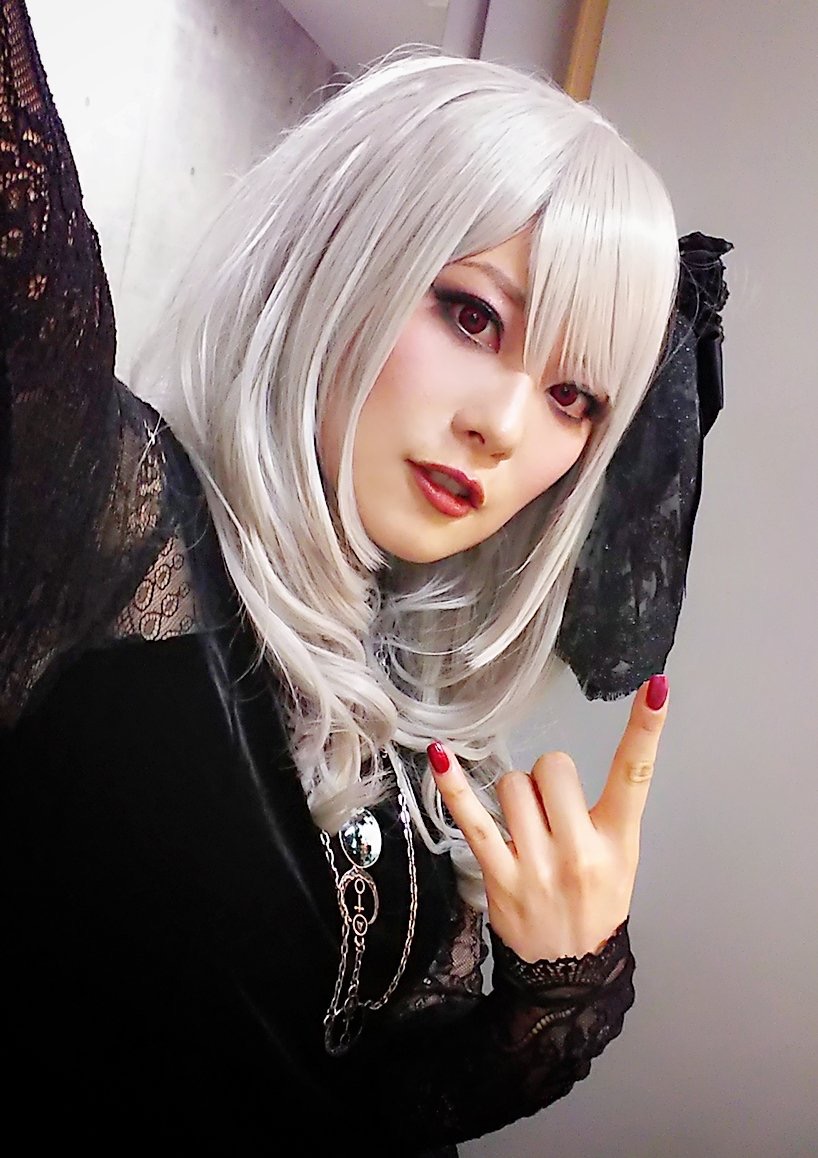 Two of the songs were recorded by Aramari late last year as part of her FREEDOM CREATORS project. Will the versions on this album feature Fuki on vocals?

Shiren: Yes, “Toraware no bokura” and “Negai no hakobune” are from FREEDOM CREATOR’s Toraware no Bokura. Fuki sang them for our album as Unlucky Morpheus version.

Fuki: The instrumental tracks are the same as before, just the addition of my vocals is the only change.

Earlier this year you mentioned that you were thinking of recording some songs in the style of anisong. Will there be any like that on this album?

Shiren: No. there won’t be anything like that. I can give you a breakdown of the new songs we haven’t covered yet.

“CAMBIO DI GENERAZIONE” – This is the album intro, and it’s an instrumental song.

“KIZASI” – I got inspirations of “KIZASI” from my injured left hand. I thought that it would be useful for a concert if I composed a song with using only one finger of the left hand to play the guitar, so I did that for the guitar score. Nevertheless, this song is neither easy nor simple, rather, it has a powerful heavy metal sound. It will be fun if you keep thinking about that one finger when you’re listening to this song.

“Shizumi kura uta” – This is a slow song. It’s not heavy metal, in fact it’s a surprisingly different kind of song from us so far.

(Fuki: …The meaning of the title is “requiem”.)

“Spartan Army” – This is an instrumental song which is played by Jinya, Ogawa, Jill, and FUMIYA at the concerts as well. I composed it with the intention to capitalize on their unique styles.

In the band’s earlier days, Unlucky Morpheus primarily made Touhou arranged compositions, but over the past few years the band has made the transition to primarily composing original songs. What was your motivation for moving in that direction?

Shiren: I just wanted to compose original songs, and I’ve been thinking that we need to make more original songs to make new fans and give them chances to listen to our works.

Fuki: Many heavy metal lovers don’t want to hear Touhou arranged songs, and we can’t sell Touhou arranged works at regular CD stores. Therefore, making original songs has the value of being able to make it into those stores where music fans like to shop.

Shiren: It doesn’t mean that we’ve quit making Touhou arranged compositions. We still have the desire to continue those in the future.

It was a surprise when it was revealed that Unlucky Morpheus would be participating in DOLL$FESTA. How did this come about?

Fuki: The idea came from Gacharic Spin’s management. They had the idea to hold a music festival organized by DOLL$BOXX. When I heard about it, I thought it sounded like a fun idea, and then, I’m not sure when, I suggested that I would like to attend with all of my bands.

(To Shiren) Will this be the first time you’ve played guitar at an Unlucky Morpheus show since the countdown live? You must be looking forward to it.

Shiren: Yes. That’s right. I haven’t played guitar on stage for a while, and I’m getting a little bored!

(To Fuki) And you’ll be performing in 3 different sets – Unlucky Morpheus, Fuki Commune, and DOLL$BOXX! That is quite a challenge. How have you prepared for it?

Fuki: Yes, it’s been quite a challenge and, to be honest, I’m quite busy at the moment. I’ve never been in a situation like this. Now I’m enjoying it a lot, but on the other hand I’m a little worried about whether it will turn out OK. I’ll do my best to get ready for the event so I can enjoy the festival from the bottom of my heart.

Back in February 2017 you did two sets, now you’ve added one more!

Fuki: You’re right. When I attended the rock event “WW Face” in February 2017, I performed in two bands, Fuki Commune and DOLL$BOXX.

There has been discussion among overseas fans that you could probably shatter glass if you tried — is that something you have ever thought about?

Fuki: (laughing) In fact, I was asked to appear on television some time ago, and the offer was just like that: “Do you want to try shattering glass with your voice?” Unfortunately, the TV program itself was cancelled after all so I lost the opportunity to try. But I think I could probably do it!

You should try doing it as a bit on your weekly radio show.

Fuki: Yes, I’ll think about it! 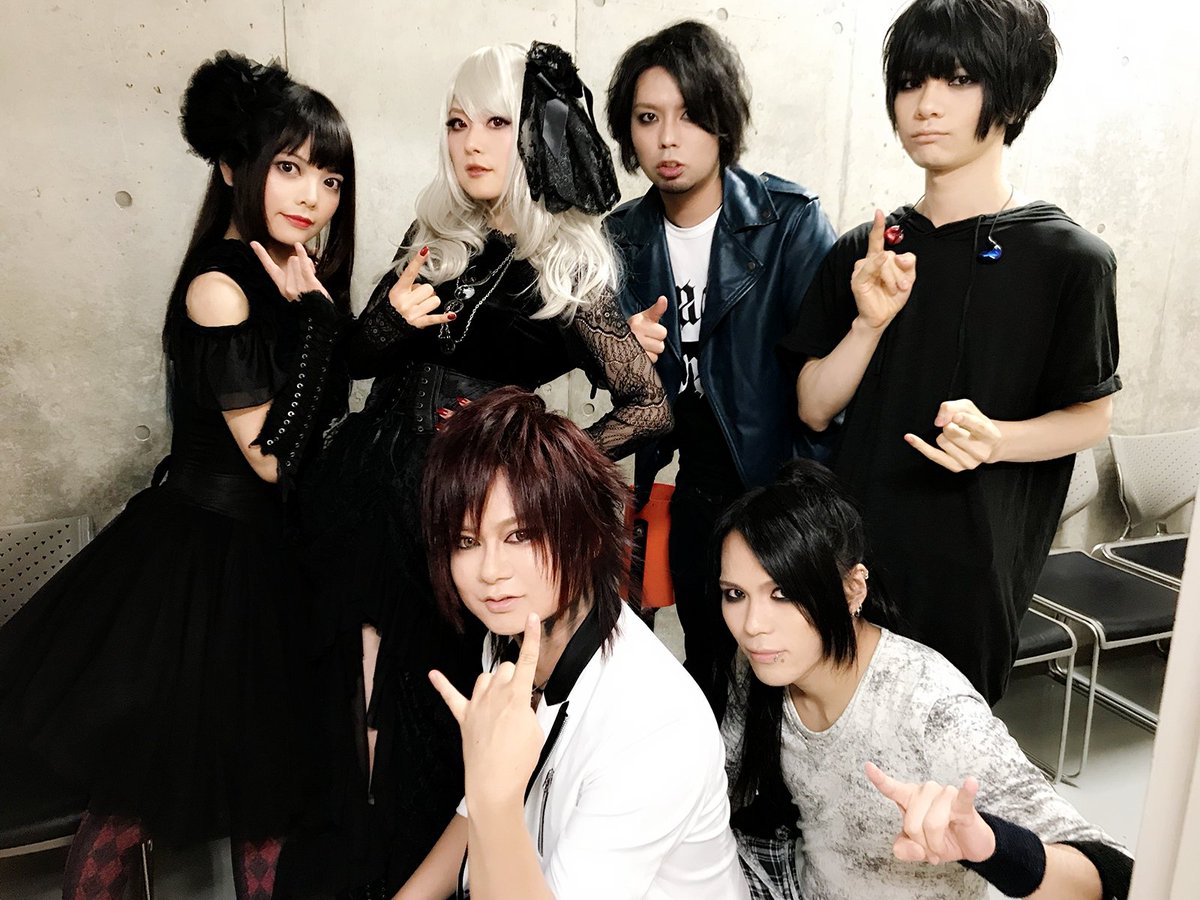 The band will be playing several dates across Japan this fall. Do you have anything special planned for these shows for the band’s 10th anniversary?

Fuki: Well, this is our first solo tour across Japan, so we definitely want to make it something to remember.

One of the shows on the tour is for women only. Having experienced firsthand the energy, intensity, and enthusiasm of your fans at one of your lives, I can see why it might be daunting for some fans to get close to the stage. Is that why you scheduled a show like this?

Shiren: Sure enough, we play a heavy and intense performance, so we’re afraid that some of the audience, especially women, may hesitate to come to our concerts. We would like to arrange opportunities like this regularly.

Are there still plans for the band to release a cover album at the end of the year at comiket?

Shiren: There was a plan to release a heavy metal cover album at the end of this year. But at the time that I made this plan we were still undecided concerning the solo tour. Once we scheduled the tour, the plan was postponed, as it would be impossible to make an album and tour at the same time.

Fuki: So, the plan now is to make it next year.

Shiren: We will make it next year.

Fuki recently sang “Rusty Nail” at Fuki Fes Vol.4, and Ankimo has sited X Japan as a big influence, so is it a possibility that an X Japan song will be covered on the album?

Fuki: Well, there is a possibility that their songs will be covered at our concerts.

Will any of the cover songs be from western metal?

Shiren: It will have western metal only. Among the fans of Unlucky Morpheus, some are familiar with heavy metal, while others know only our music. The number one reason for doing the covers is that we just want to play them, but the second is that we would like to introduce these songs to fans who don’t know what heavy metal is, how our history of heavy metal was created. There’s a lot to cover!