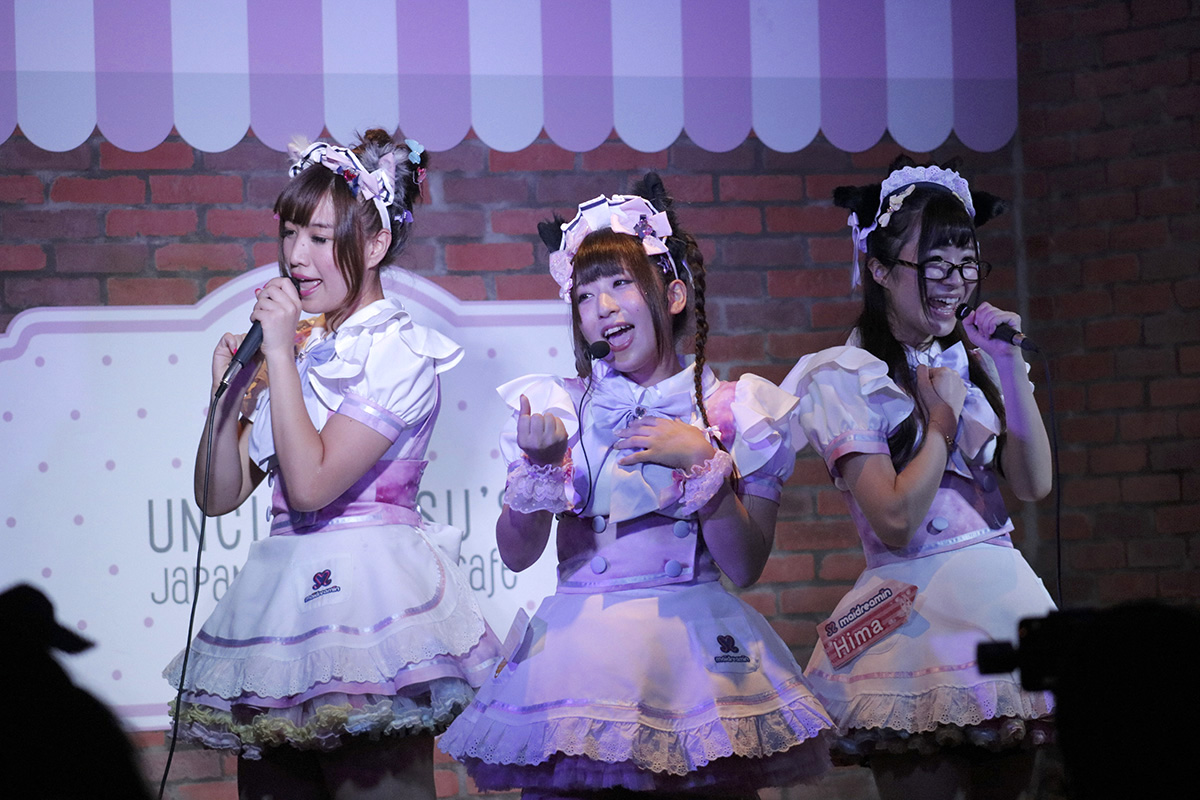 Mega-popular maid Peace — crowned Moe Kawaii Queen in Akihabara three years in a row — led the overseas expeditions in both cities, taking rare breaks from her maid service and TV appearances in Japan. “I really felt such a wonderful energy from our overseas fans, and it made me emotional sometimes,” she said. “maidreamin had the chance to join with our masters and princesses from Canada, and we received so many words of support from everyone. It was one of the most powerful experiences I’ve ever had. I’ll really cherish it.” 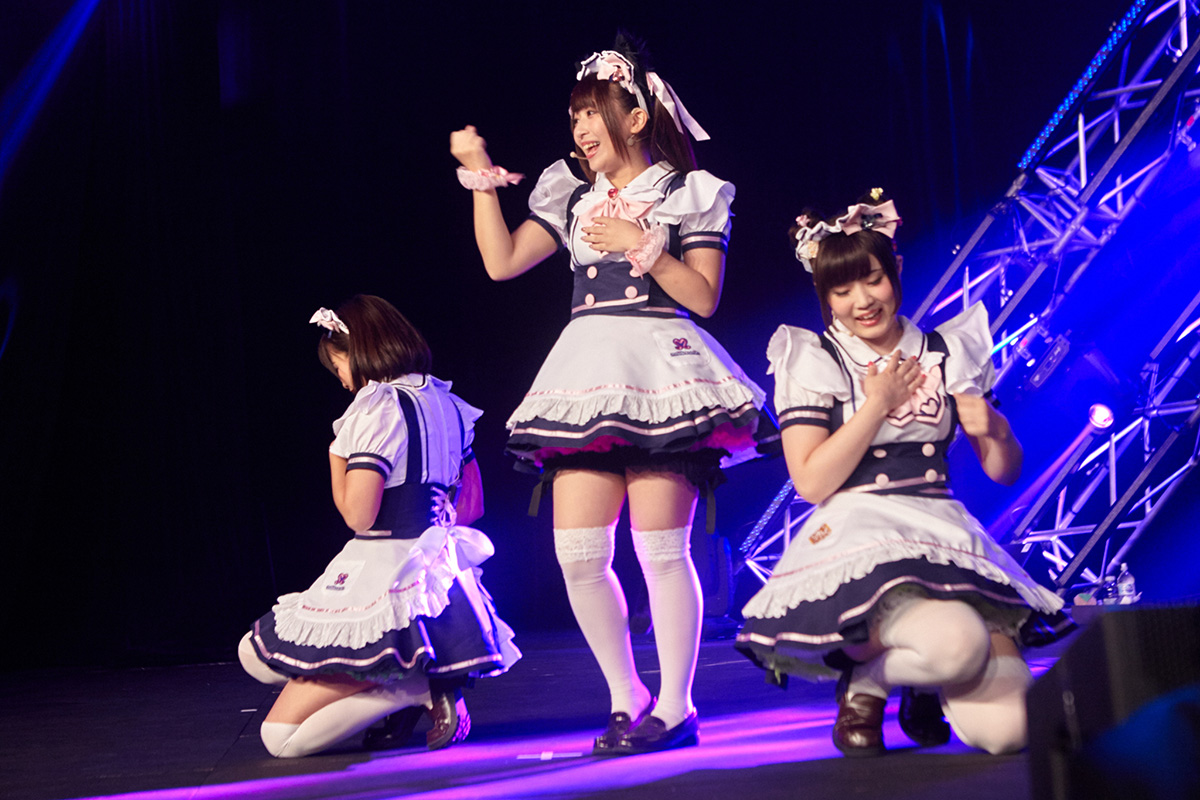 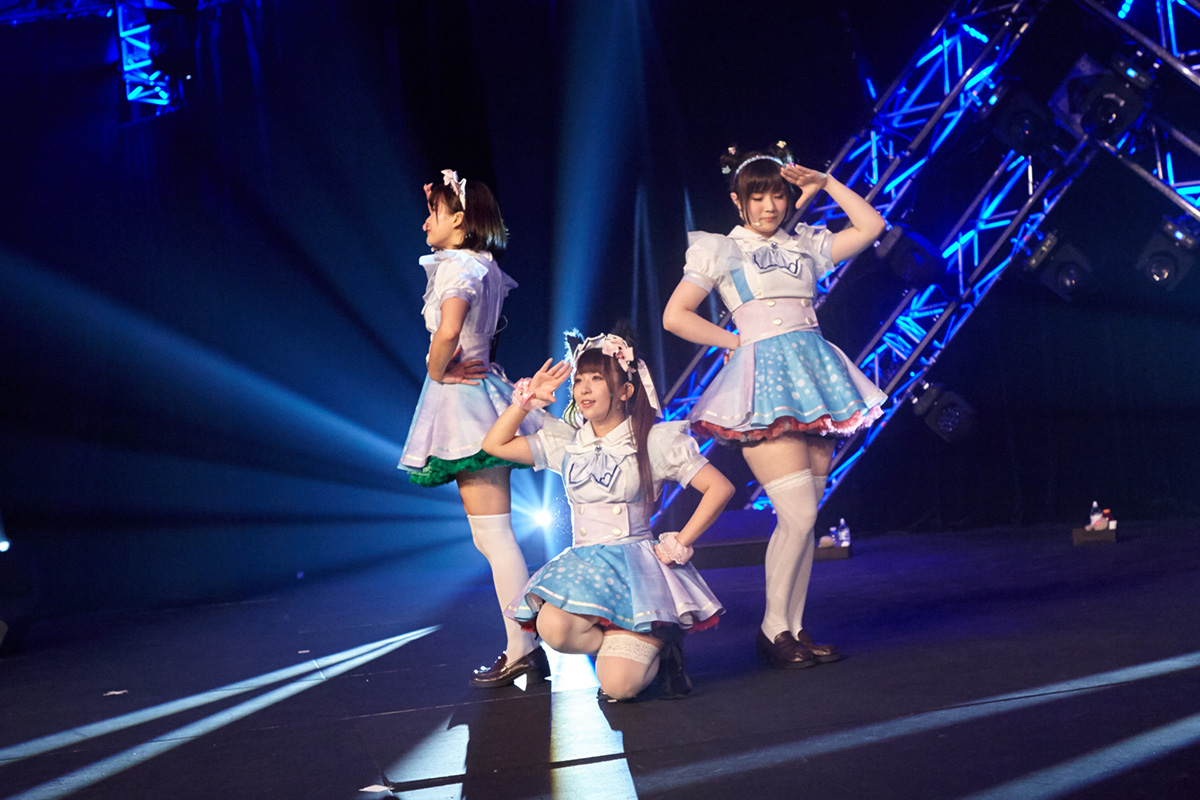 In Montreal, Peace was joined by maids Kaori and Ayame. For Kaori, who was making her first overseas appearance, the response was overwhelming. “I was worried that I wasn’t ready to meet the expectations of our new masters and princesses, but once the concert started, so many people supported us, chanting and dancing with light sticks just like they do in Japan. I was blown away.”

Ayame added, “It made me start to daydream about what it would be like to open a maidreamin cafe here in Montreal. I had the chance to study French in high school, and I never imagined I’d get to use it like this. I had so much fun, I want to go back right away!” 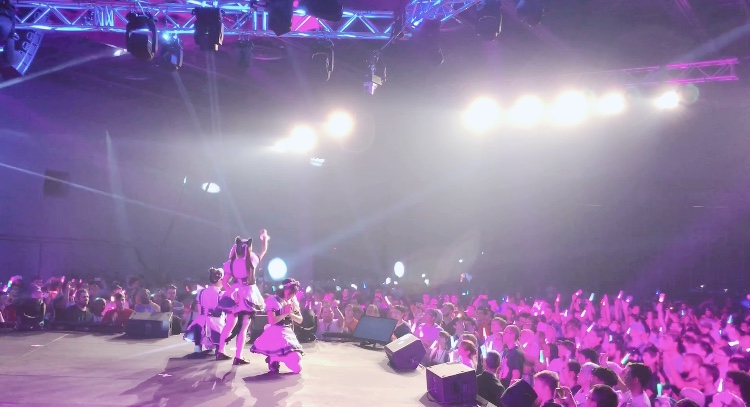 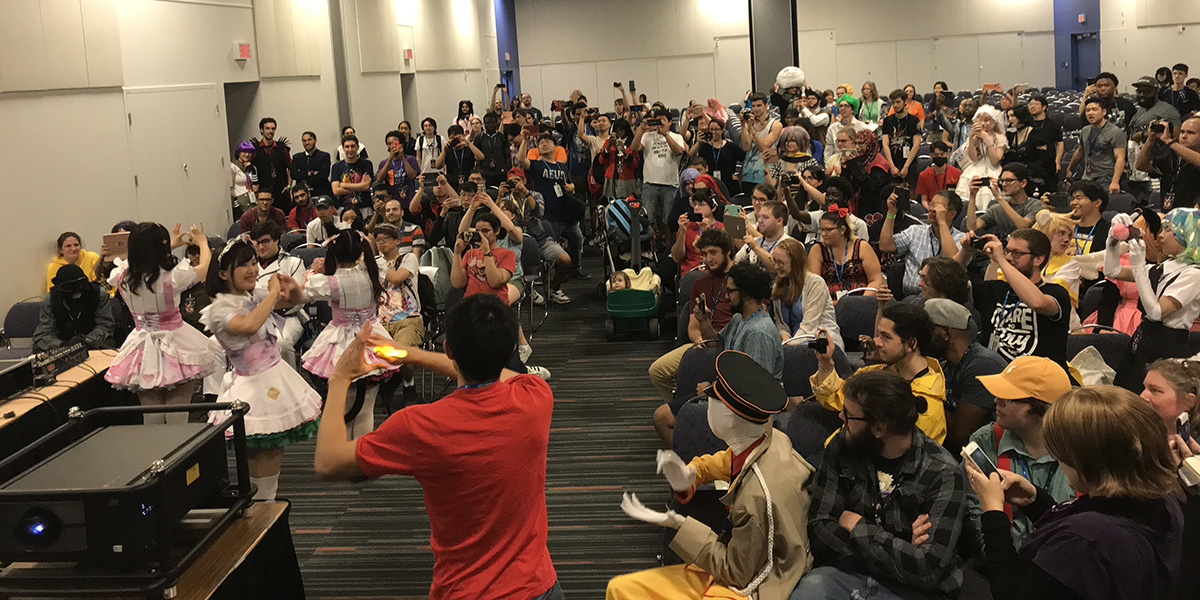 After a brief return to Japan, Peace brought a second group of maids to Toronto for Fan Expo Canada. Maid Hima, who was also making her overseas debut, remarked, “This was an experience of a lifetime that I’ll never forget. I’m going to start studying English so I can guide our overseas masters and princess to our Dreamland whenever they’re ready to visit us!”

Mariru, also one of Japan’s top professional maids, added another North American country to her passport after her previous appearances at Anime Expo in 2016 and 2017. “My best memory was talking to all the young masters and princesses during our autograph times. They were all so excited and happy and we talked about many different topics.”

Peace, Mariru, and Hima also had the chance to visit with Consul-General Ito at Consulate General of Japan in Toronto. “Ms. Ito said we are the ‘Neo-Geisha’ of the 21st century,” said Mariru, “and she encouraged us to continue our hard work as ambassadors of Japanese maid cafe culture!” 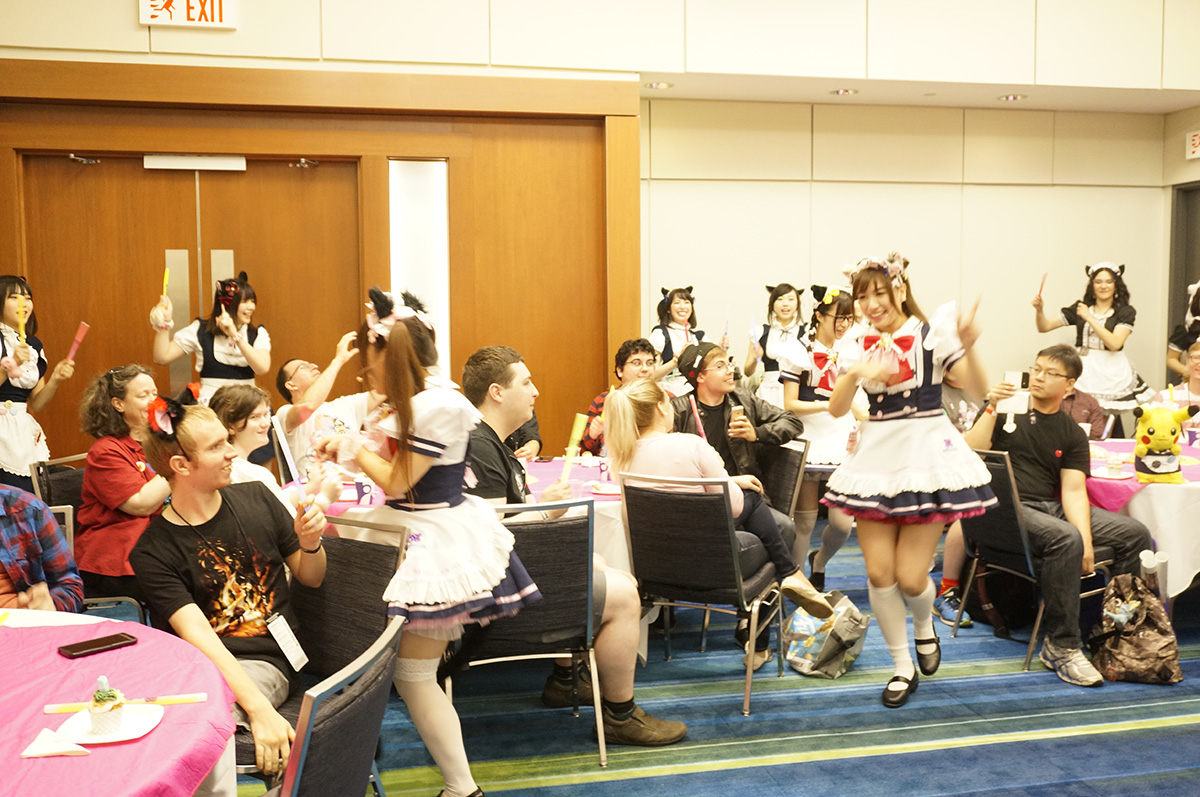 Peace added, “This was my fifth international event representing maid cafe culture for overseas fans. Each time has been so unique and full of surprises. I always think I’m ready for anything, and then something new happens! In Toronto, we met a whole family who came together to all our events to share their fun times together. The smiles on their faces meant so much to me, and I felt like at some moments we were part if their family, too.

Peace expressed her joy at reuniting with past friends at Fan Expo Canada. “We met some masters and princesses who had already visited maidreamin in Akihabara and they come to support us here, too. The ‘moe’ connection kept us connected across such a great distance, and we could laugh together just like it was yesterday. I really can’t express how much the people of Canada touched our hearts.” 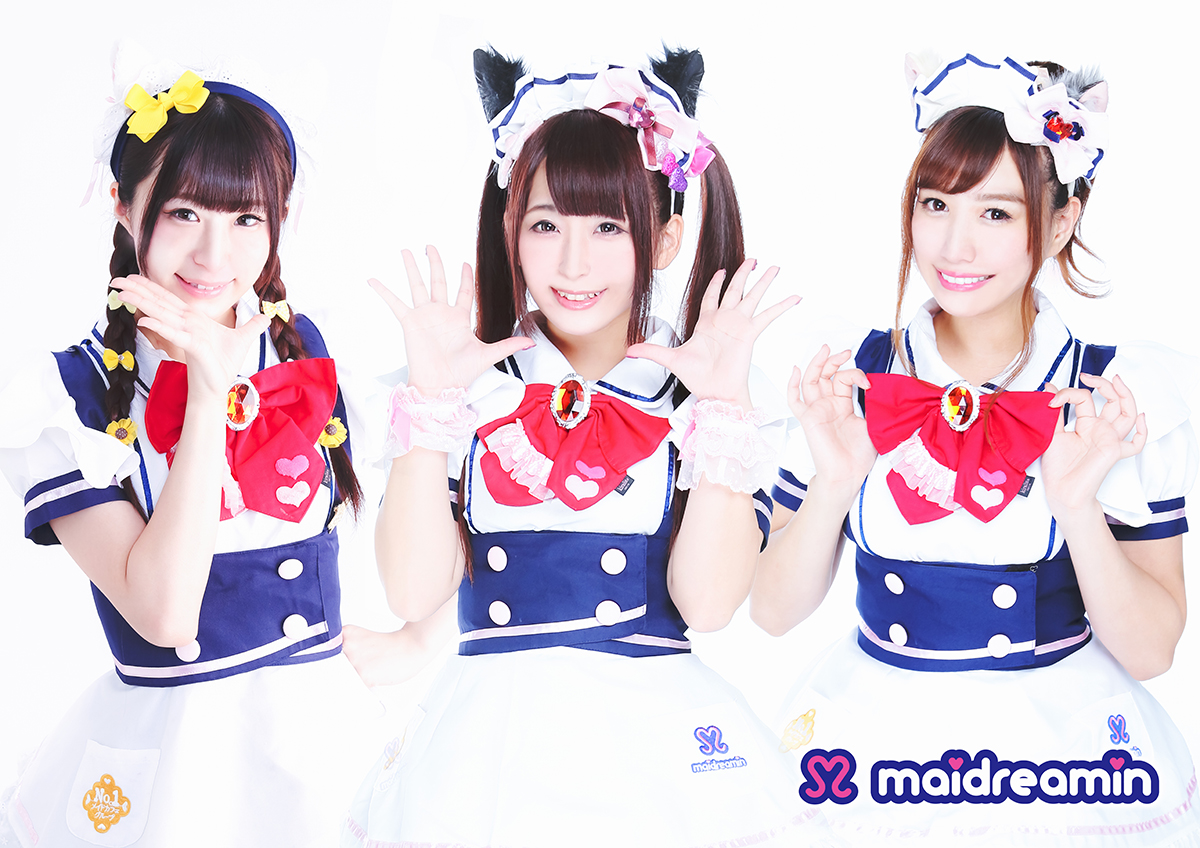 maidreamin Profile
maidreamin is the No.1 Maid Café restaurant in Akihabara. Founded in 2008, maidreamin has become the largest maid cafe chain with 17 locations and over 450 cast members from Japan and around the world.

maidreamin has become a symbol of Akihabara, famous for unique menus (available in multiple languages) and serving meals and drinks with cute magical performances.

maidreamin’s restaurants have won multiple awards from Trip Advisor for their family-friendly service and fun activities for every master and princess who enters the maid café dreamland. Each restaurant is designed around a different creative visual theme, and features daily live performances from the most energetic and talented maids in Japan.

maidreamin performs at multiple overseas events, where they demonstrate the traditions and excitement of maid cafe culture. maidreamin created the official Anime Expo theme song in 2017.

maidreamin is happy to welcome new customers every day as their popularity and influence continue to expand, bringing smiles to Japanese culture fans everywhere.