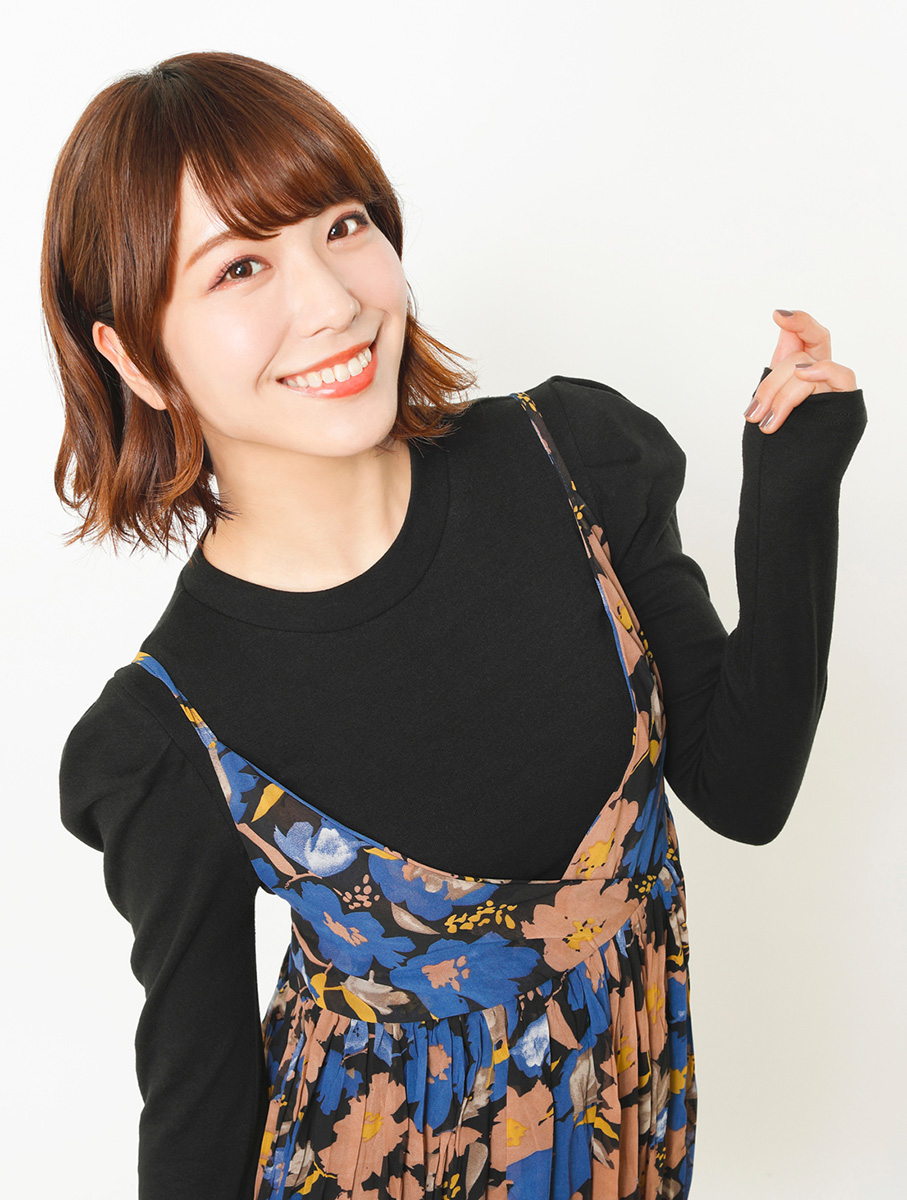 Voice actress and musician Aimi performs the role of Kasumi Toyama in the BanG Dream! mobile game and anime franchise, acting as frontwoman for the girls band Poppin’Party. In addition, she has stayed in high demand for her voice acting talents, creating characters and music for The Idolm@ster: Million Live!, Cardfight!! Vanguard, Afterlost (Shoumetsu Toshi), and Symphogear.

You returned to the USA this summer for an appearance at Anime Expo, and you’ll be back again in December for CharaExpo 2019. How have your feelings changed about America as you visit more often?

Aimi: I have so much fun whenever I come to the USA, and I really appreciate the warm welcome I get each time. It’s very exciting to feel the passion and excitement of the fans every time I see them!

The BanG Dream! Live Concerts were seen in movie theaters across America and other countries, and your overseas fans are growing. What do you think about the reactions you see on social media?

Aimi: The comments from everyone are always so kind, and reading them always makes me so happy — thank you for everything! I want to participate in events outside of Japan more often, so I hope to get everyone’s support!

What was your favorite part of collaborating with Silent Siren for “No Girl No Cry”?

Aimi: The part where Suu-san and I both stick out our fists in the MV. We both talked a lot about exactly how to do it when we were filming that scene, and it’s one of my most favorite moments!

Within the five members of Poppin’Party, how would you define your role?

Aimi: I think I’m a person who would hold hands with you to walk besides you. I try to care for all the members because I don’t want to leave anyone behind. I want us all to move forward together.

“Girls rock” has become a popular genre, and female musicians are respected, not just seen as “cute”. What’s special about being in a female rock band?

Aimi: If we’re talking about Poppin’Party, then I think it’s the smile! I feel like performing nonstop with a shining smile on my face while playing really energetic rock music is something unique we can do as a girls band. 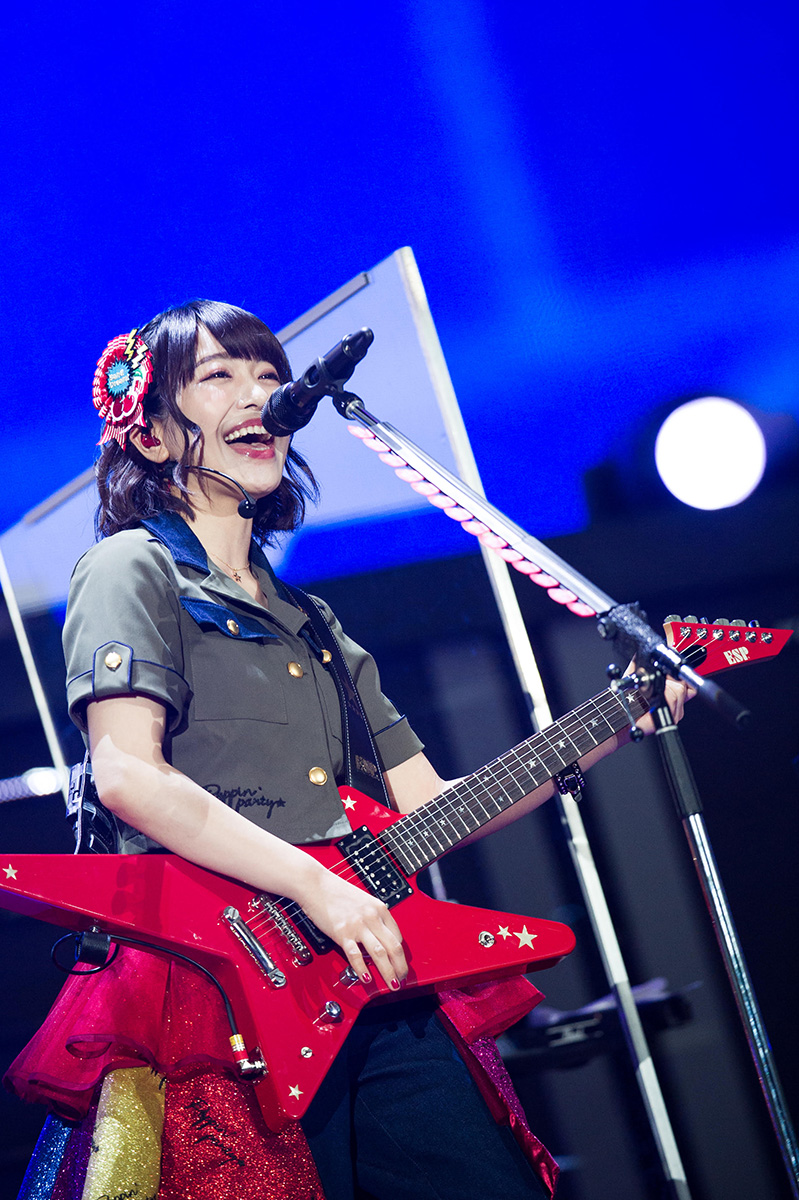 During “BanG Dream! 5th☆LIVE (5th Live Concert)”, the acoustic performance of “Time Lapse” was a special moment. What special feeling do you get by playing acoustic guitar in the middle of an electric rock concert?

Aimi: My memory of performing that song is very intense, and it’s a special emotional moment for us and for the audience, too. Actually, I was on high alert during that song because the microphone kept sliding off, and I didn’t want it to spoil the great, happy feeling we were creating. Luckily, we got through it, but that’s an unpredictable thing that can only happen live.

What are the similarities do you feel you have with the BanG Dream! character Kasumi?

Aimi: The main thing we have in common is that we both love our friends so deeply, and I’m proud that we share that. But we’re really different in one way — Kasumi is not really good with horror stories while I can handle anything! 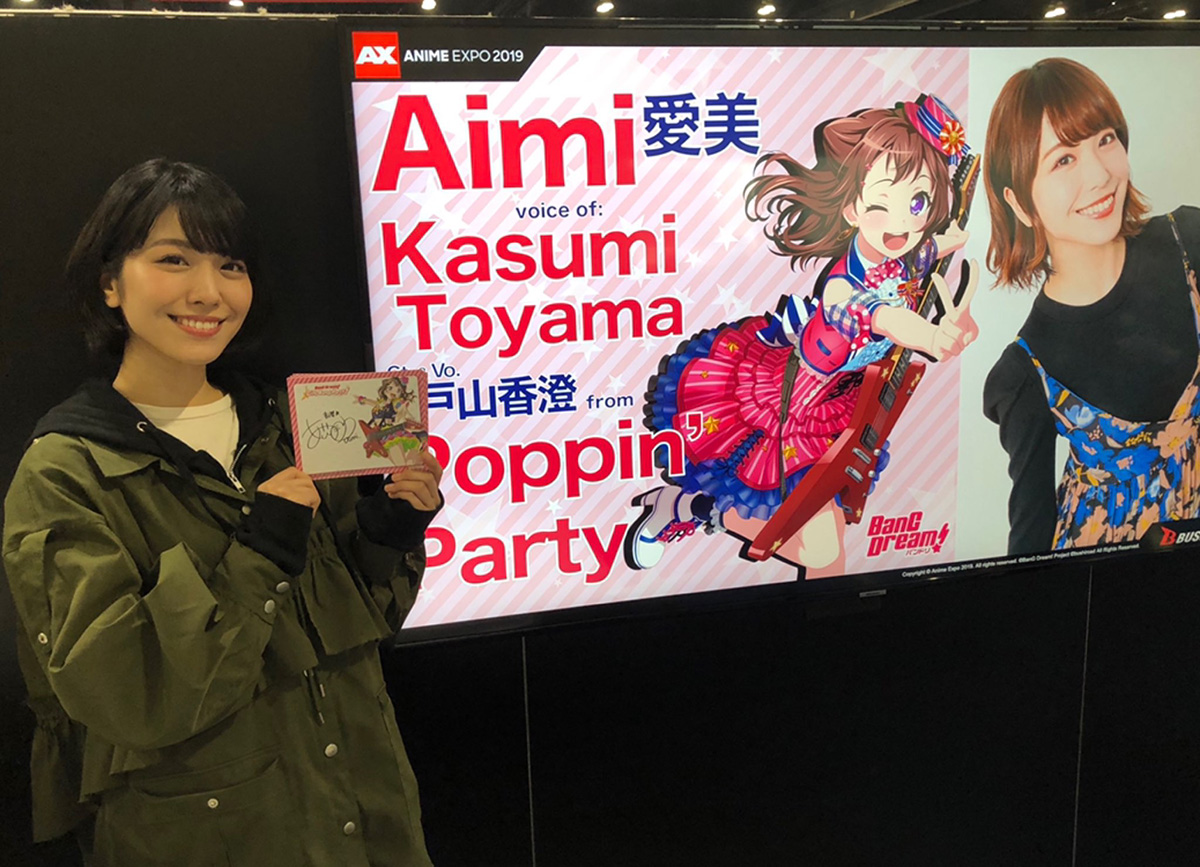 When you’re creating a new character for an anime, how do you find the right style? Do you ever say “This character might sound like my friend, or someone in my family”?

Aimi: I actually had the chance to observe someone who looked and acted exactly like Kasumi. It’s easier for me to create a character when I imagine the conversation based on something real.

What projects of BanG Dream! are you most excited about now? What’s coming up in your future?

Aimi: So much is happening! I’m preparing for more voice recording, and I also love performing on stage, so I’m really cherishing this time very much. What I want to do in the future is a Poppin’Party solo live performance overseas!

Because of your success performing live shows in Poppin’Party, some fans might try playing the BanG Dream! Girls Band Party! mobile game for the first time. What’s your advice for new players? What should they focus on when they interact with your character?

Aimi: Please find characters or songs that you like and have fun! Doesn’t it make you feel happy when you find more things that you like? Kasumi loves her friends, but she sure loves you too! So please be friends with her!

Aimi will return to CharaExpo USA in December 2019.
Information: https://www.charaexpo-usa.com