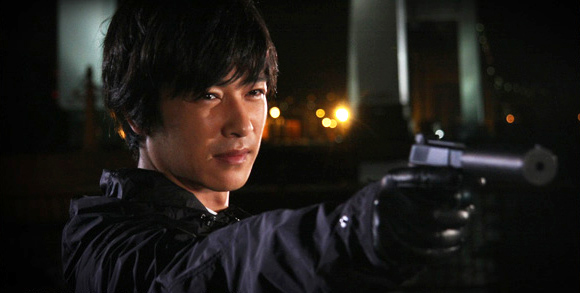 SUMMARY
Kanagawa police detective Kazuyoshi Date (Masato Sakai)’s bumbling, meek demeanor keeps him under the radar, but he’s hiding a dark side. Using his police connections, he tracks down killers who escape the law and deals secret, bloody justice.

In the opening episode, Date and new assistant inspector Asuka Miyagi (Anne Watanabe) work to decipher the clues surrounding the murder of a young child. The suspect taunts Date and Miyagi with the lack of evidence, and it appears he’s going to get away with it after all. 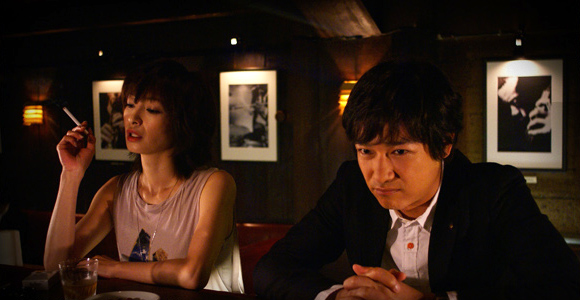 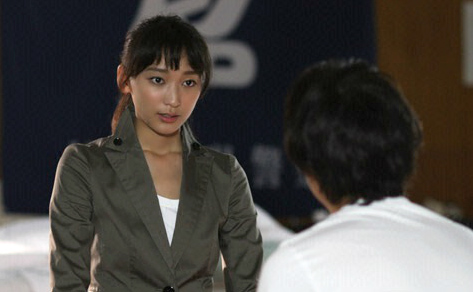 Things get even darker when the suspect sends the grieving parents a memento of the crime which contains a hidden listening device so he spy in on their grief. Date employs the aid of his (possibly only) friend in the department, forensics expert Kudo (Ryo Nishikido), to help him head off the killer before he finds his next victim. Kudo seems to have pieced together a theory, but Date rejects it, saving the opportunity to confront the killer and shoot him personally. 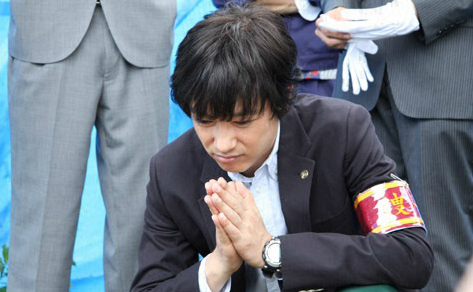 TRAGI-COMEDY
There’s a serious left-turn in the tone of this episode. It starts out with a few obvious comedy elements, like Miyagi’s bad driving and typical female first-day-on-the-job nervousness, plus a series of jokes about Date wetting his pants during a police arrest. But all that goes away right after the opening credits and the episode dives headfirst into dark, serious crime-drama territory.

DEXTER CALLED…
The detective-by-day, angel-of-vengeance-by-night theme will be very familiar to fans of hit American show Dexter. Date’s flashbacks to his childhood exposure to murder in this first episode further solidify this connection.

WHAT’S NOT SO SECRET
Date’s got a lot to learn about covering up his true colors. Miyagi spots his dual nature right away at their first meeting, the victim’s father thanks Date after the killer “disappears,” a friendly news reporter talks to Date about the “coincidence” of disappearing suspects, and Date all but winks “Hint, hint” at Kudo during their final conversation of the episode. Luckily, Sakai’s acting is both subtle and effective, so the gravity of his performance outweighs most of the scenario’s obvious flaws.