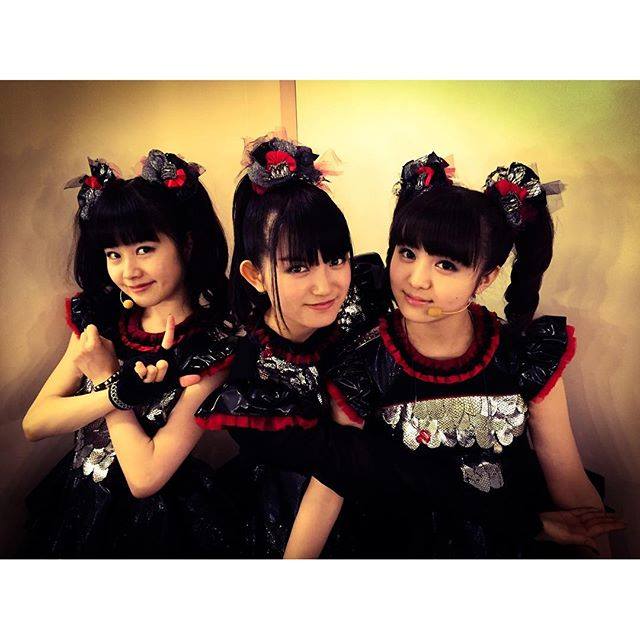 “I want to see a big circle pit — show me a big circle. Bigger and bigger! ” directed 18-year-old Su-metal to the horde of metal heads during “Catch Me if You Can”. Her comrades, Yuimetal and Moametal, drew big circles with their hands and motioned for the crowd to part for the moshers. As they instructed, a big circle formed, and mayhem ensued in the Wiltern Theater pit. Have you ever seen young Japanese girls with innocent smiles and cute dresses fire up a brutal mosh pit? It’s one of the most amusing and badass things I have ever seen. Like that pit and the rest of Friday night’s sold-out L.A. stop of “An evening with BABYMETAL” — they owned it.

As far as J-Pop goes, the group’s sweet looks and carefully-planned creation wasn’t out of the ordinary, but BABYMETAL’s unorthodox upbringing has been met with chagrin by anyone dead-set on the traditional ideas of metal. Then again, BABYMETAL weren’t necessarily put together poised to shake up the status quo of the metal world, but they did. Their popularity and place in music has taken on a life of its own, as shown through their continuous worldwide attention and placements in music festivals. They’ve been building up street cred and shutting up haters along their way, and L.A. was a clear indication of this.

BABYMETAL’s stage presence has clearly benefited from their music festival circuits. Their air punches were of the firm and assertive variety, not of a typical idol. When the girls ran and weaved around on stage during the introduction “BABYMETAL DEATH”, they were no different from them running in circles on the floor with the big boys. 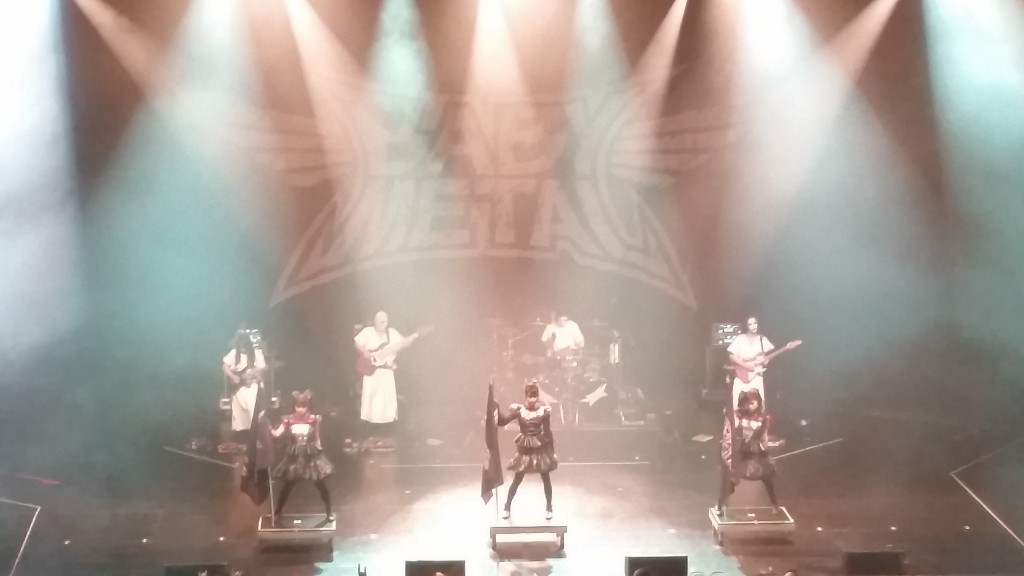 Not only is the group breaking stereotypes, but they are also great role models. The night was a family affair with some parents taking their young children along. There were quite a few kids rocking along in BABYMETAL cosplay, complete with ponytails and pigtails. Not only is BABYMETAL’s music exceptionally well-produced, but their music carries important messages that should be taught at an early age. “Ijime, Dame, Zettai” performed during the encore, for instance, is about anti-bullying.

The set list was an onslaught of hits from “Gimme Chocolate!!”, “Megitsune”, “Road of Resistance”, and “Karate”. Su-metal’s strong, emotional vocals were even more impressive live, including in the English version of “The One”. Yuimetal and Moametal may have given the main vocalist a break when they performed “Sis.Anger”, but that was no break for the audience. The show left more to be desired, though, with the whole set clocking in at only about 1 hour and 15 minutes — that’s only a little more than double a music festival set time. This was their own headlining show, let us indulge with the fox god a little longer!

Before walking off stage, the trio ended with their infamous “See you!” with the crowd endearingly saying it along with them. As they left to cheers, the four members of the support band, Kami Band, came to the forefront to an even bigger roar of approval. Anyone who says Kami Band doesn’t get the credit they deserve may be right, which is why watching them live, no one forgets to cheer even harder for them. Until next time, and hopefully, a longer set, ladies and Kami-gents: See you! BABYMETAL to release US edition CD with bonus tracks