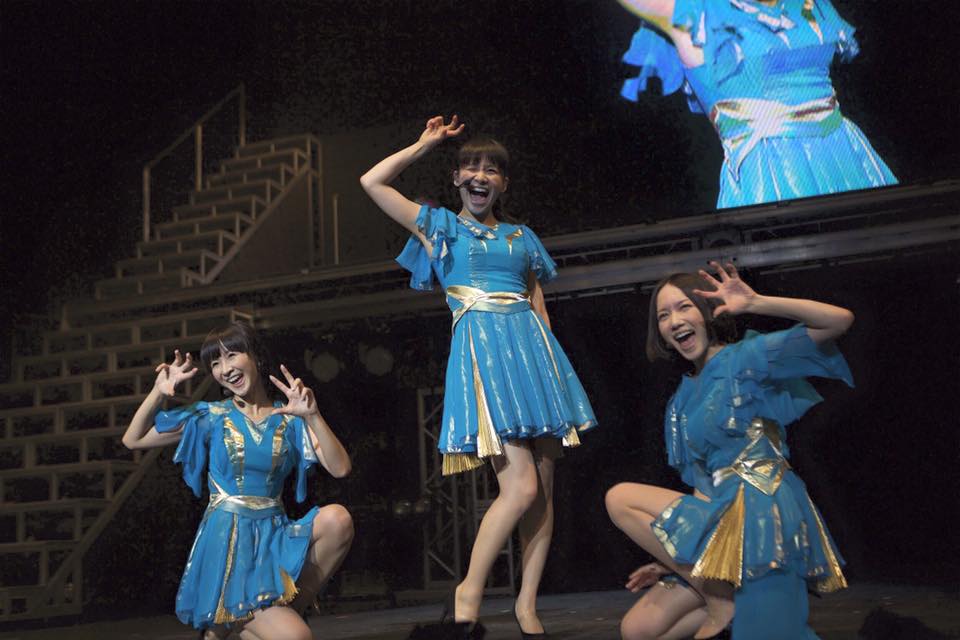 The three members of Perfume, a-chan, Nocchi, and Kashiyuka, looked like the most prim-and-proper, best-dressed space invaders a sci-fi movie could ever ask for as they slowly walked down the Wiltern Theater stage staircase on the first night of the U.S. leg of their COSMIC EXPLORER tour. What a way to make an entrance! I admit — the light-up dresses made the moment complete.

The J-Pop group squeezed an Olympic-worthy stage production into Los Angeles’s 1,850-capacity Wiltern Theater, a spectacle that came close to matching what you’d see at their sold-out shows at the 55,000-capacity Tokyo Dome. When I say Olympic-worthy, I mean Japan’s presentation at the 2016 Rio Olympics closing ceremony. Some key visual elements that made the Olympics handover ceremony special had been done first by the trio and were on full display at the L.A. show. 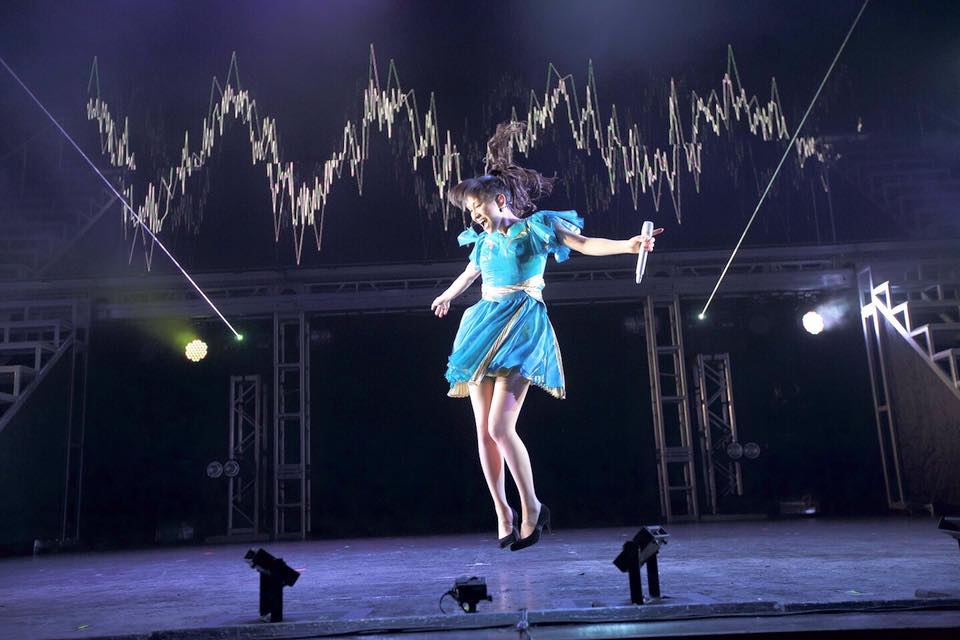 Any Perfume fan watching Japan’s Olympic spectacle would have quickly picked up on the familiar brilliant visual work from the Rhizomatiks team and innovative choreography from ELEVENPLAY’s Mikiko. Their trend-setting work was all over the L.A. show. Projection-mapping at its finest was exemplified by the highly-anticipated performance of “Story”. The technologically-advanced eye-candy performance, first revealed at SXSW in 2015, gave me goosebumps with its infectious EDM beats. The most inventive choreography in Perfume history goes to “Flash”. The dance was less robotic and more human, requiring wide and flexible moves like high-kicks and boxing stances. As A-chan told us in our recent interview, “It’s probably not something you want to do in heels!” 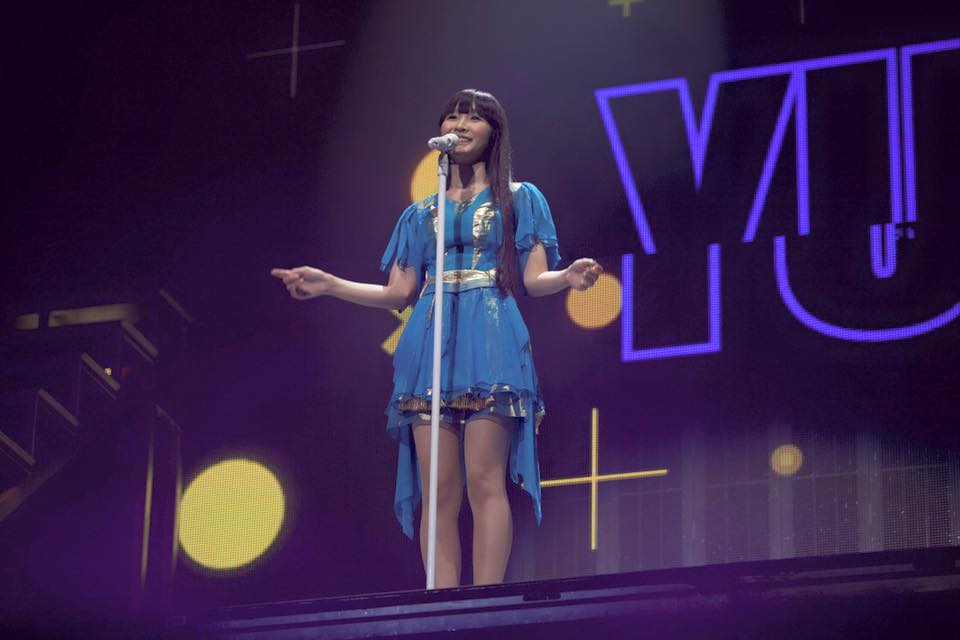 The COSMIC EXPLORER tour set list was expected to be solely comprised of material from the recent 14-song album of the same name, but that wasn’t entirely the case. The 15-song main set list was more like 22 songs with a performance of an eclectically-mixed eight-song medley: “Relax In The City”; “Toumei Ningen”; “Spending All My Time”; “Fushizen na Girl”; “Twinkle Snow Powdery Snow”; “Computer City”; “Imitation World”; and “Sweet Refrain”. The women led the sold-out crowd dancing down Perfume memory lane to 2008’s “Chocolate Disco” and “Polyrhythm”, and – for better but it could have been for worse – way back to 2003 with the pre-major debut track, “Jenny wa Gokigen Naname”. Hardcore Perfume fans erupted seconds into the 2003 Juicy Fruits cover, but the hyper chiptune beat threw the primarily electro-pop set list off course. While the song is undeniably fun with its audience-sing-and-respond format, it would have been better-suited as an encore set opener. Not one to stop with the surprises, they sang the English version of “Baby Face”, complete with English lyrics on-screen. 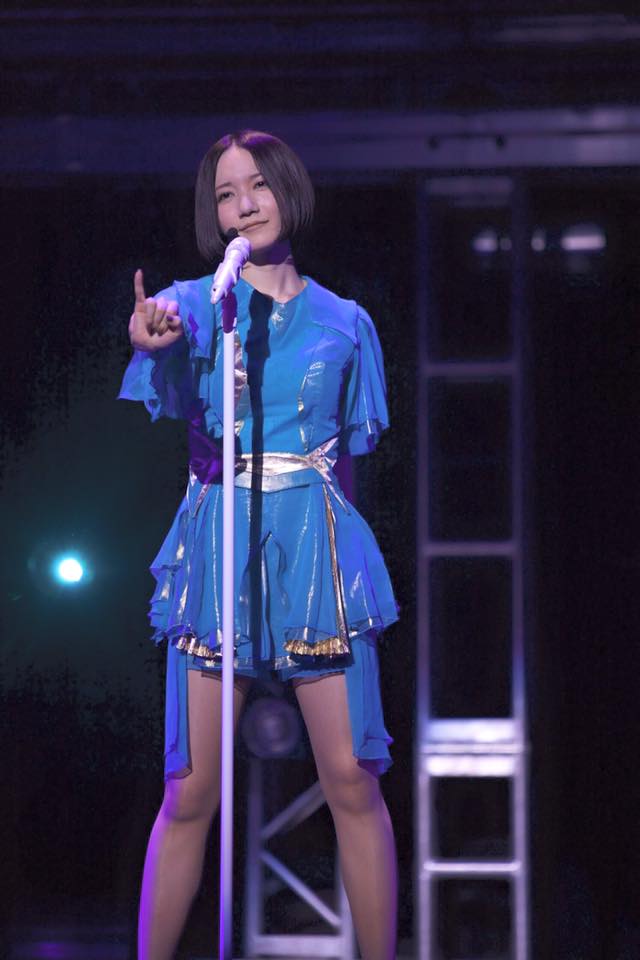 Similar to their previous Los Angeles show in 2014, breaks between songs were filled with cute MCs, including the return of a Japanese tooth-brushing jingle for kids. A-chan had way too much fun directing the audience to say along with her “apple” and “banana”, while Kashiyuka and Nocchi adorably struggled to keep up with her respective fruit poses. We were all taken aback when A-chan suddenly did “cheeseburger”! Where the recent Olympics closing ceremony surprised audiences with an appearance of Super Mario, the Wiltern Theater amusingly caught another cultural phenomenon: a Perfume Pokemon. The hit augmented-reality game united everyone together in catching the rare Pokemon. In case you are wondering, it took us four poke balls to catch and had a combat power of 921 – not bad for this level 10 player.

Perfume ended the night by singing “STAR TRAIN” for the encore. During the ending MC, the group encouraged people to dream as big as possible. A-chan expressed their own dream: “We have a dream to play Madison Square Garden in the future. We want to make that dream come true with you. Will you help us? We believe in you.” Perfume has made American fan’s dreams come true by performing here – it’s time to return the favor! 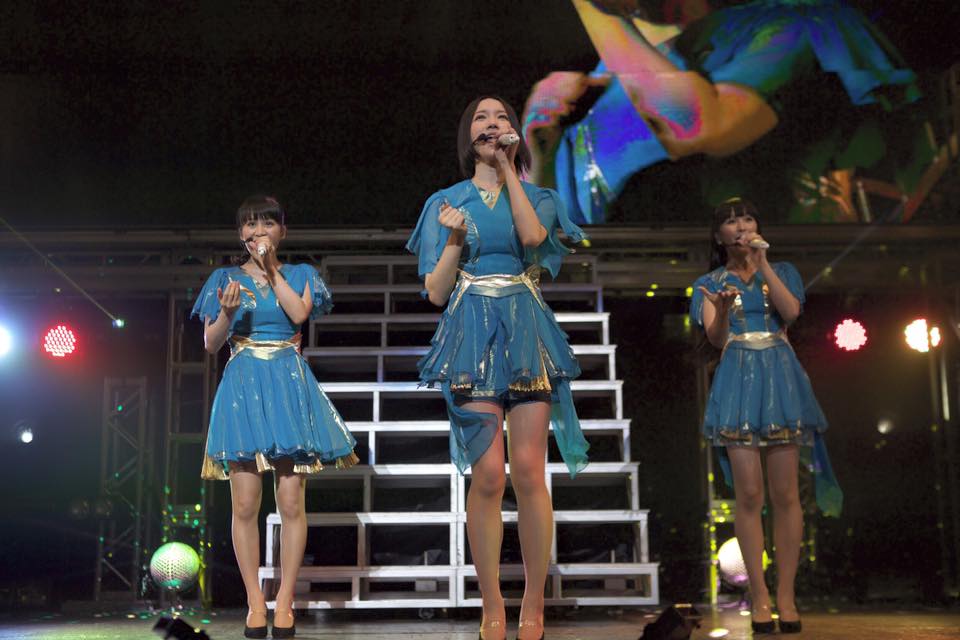 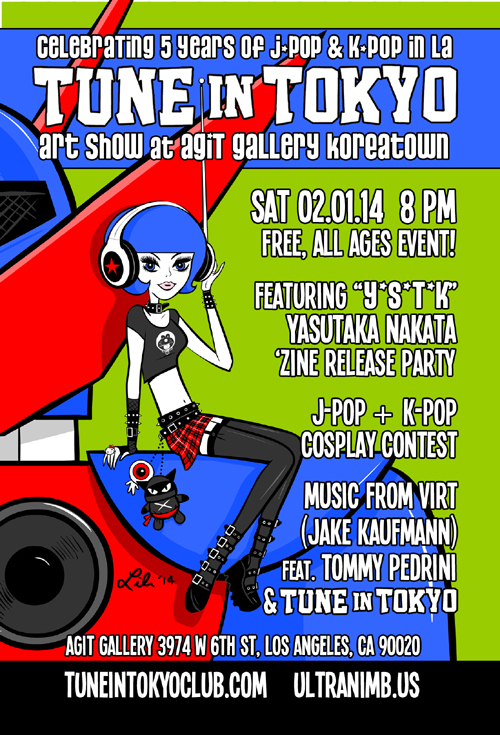