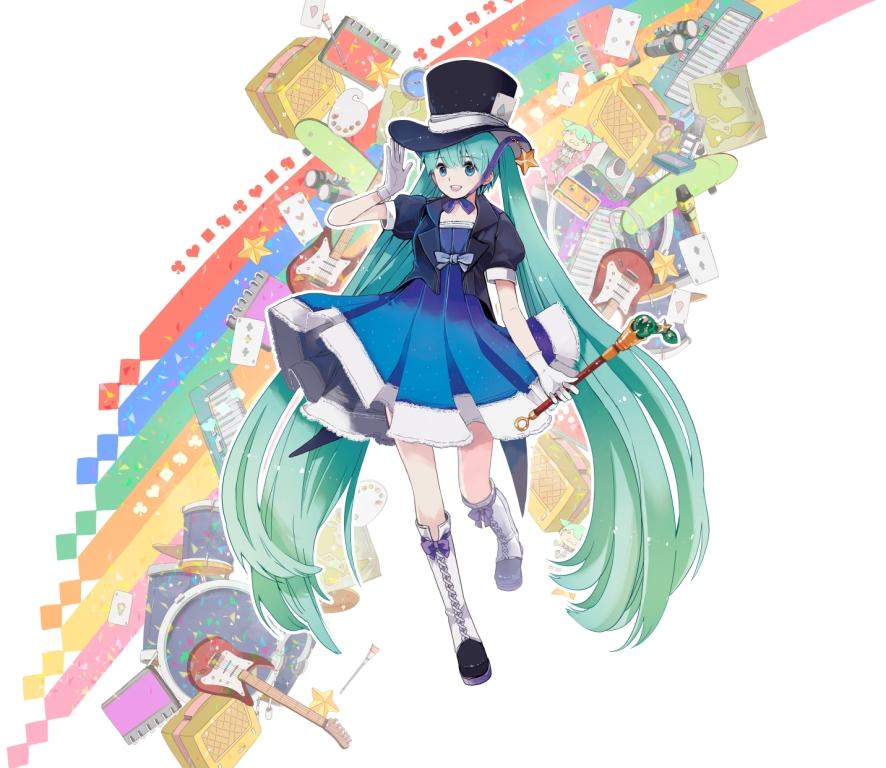 A special commemorative live concert scheduled to take place on Saturday, August 30th at the Yokohama Area in Yokohama, Japan and will presented to U.S. fans and J-Pop lovers the next day in a special delayed broadcast film premiere. Additional details and the specific L.A. and New York City theatre locations will be announced shortly.

Advance tickets are $20.00 each and go on sale soon. New details forthcoming!!

Hatsune Miku, whose name means, “first sound of the future,” is based on an innovative singing synthesizer software character and is the most popular of the Character Vocal Series software originally created by Crypton Future Media, Inc. using Yamaha’s technology.

In Japan, Hatsune Miku is a major phenomenon that grew out of fan-created songs. She has appeared in numerous popular video games and music videos. She’s also played several enthusiastic “concerts,” where she performs on with a live band.

Miku played her very first live concert in the U.S. called, “MIKUNOPOLIS in LOS ANGELES,” at the Nokia Theatre for the 2011 Anime Expo in Los Angeles, CA. The show sold out in only 4 hours, further underscoring the growing substantial popularity she enjoys in North America. To-date, over 100,000 original songs have been written for Hatsune Miku by both fans and professional musicians and composers. The pop diva will also be team up with design house Louis Vuitton for an upcoming 3D Hatsune Miku opera, titled, The End, that will feature no human singers and is scheduled to take place at the Theatre du Chatelet Opera House in Paris on November 13th and 15th, 2013

About Live Viewing Japan:
Live Viewing Japan is a Japanese-based media distribution company focused on bringing a variety of entertainment properties to a global theatre-going audience. More information on the company and its projects is available at: www.liveviewing.jp