VAMPS – Underworld
David: The key to damnation never looked so alluring, and VAMPS delivered a dangerously fierce rock album to all who dared to enter. 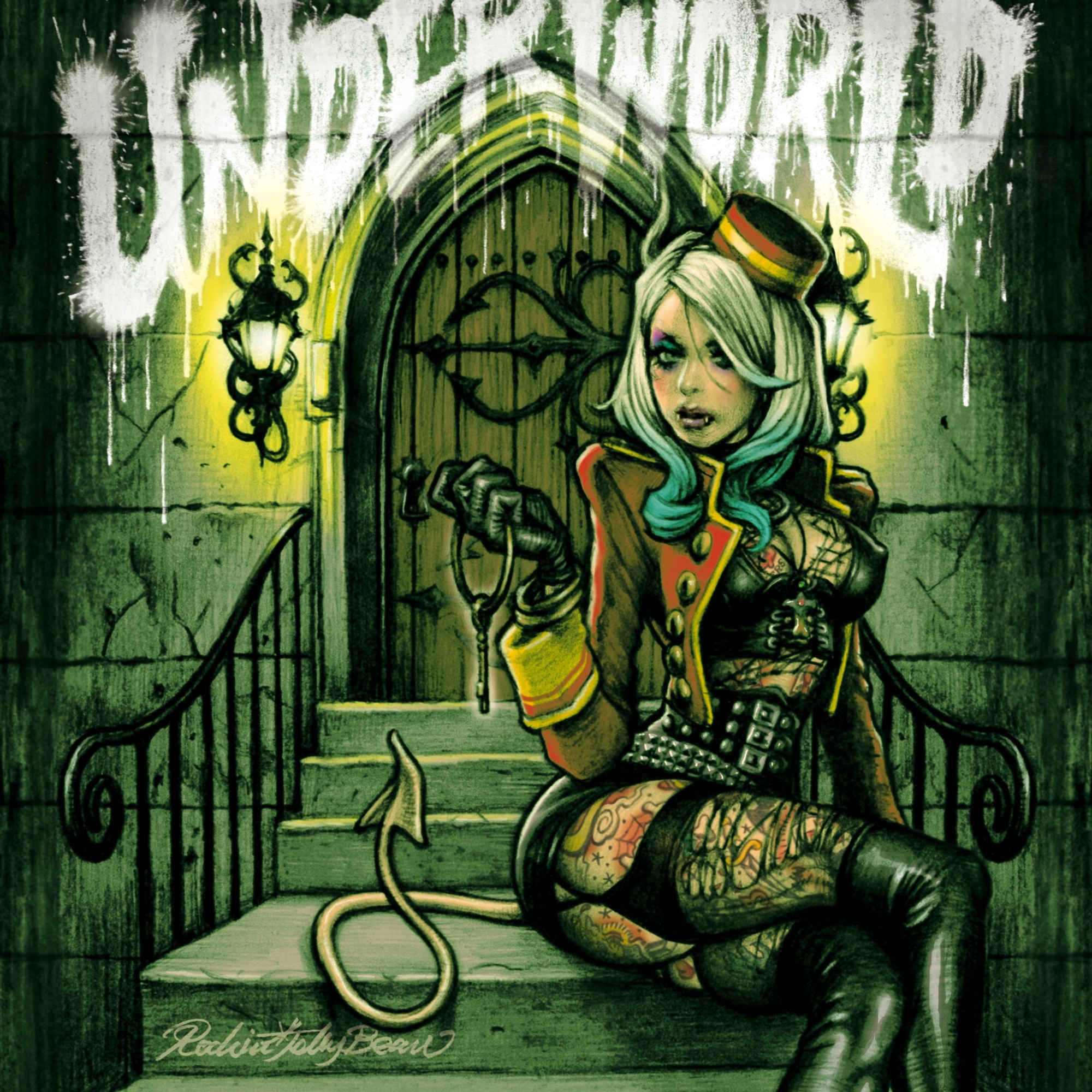 Transparent Branches – Plastic Tree (Tribute)
Michelle: An illustration as dreamlike as the songs found on the album. Perfectly represents the mood it will put you in. 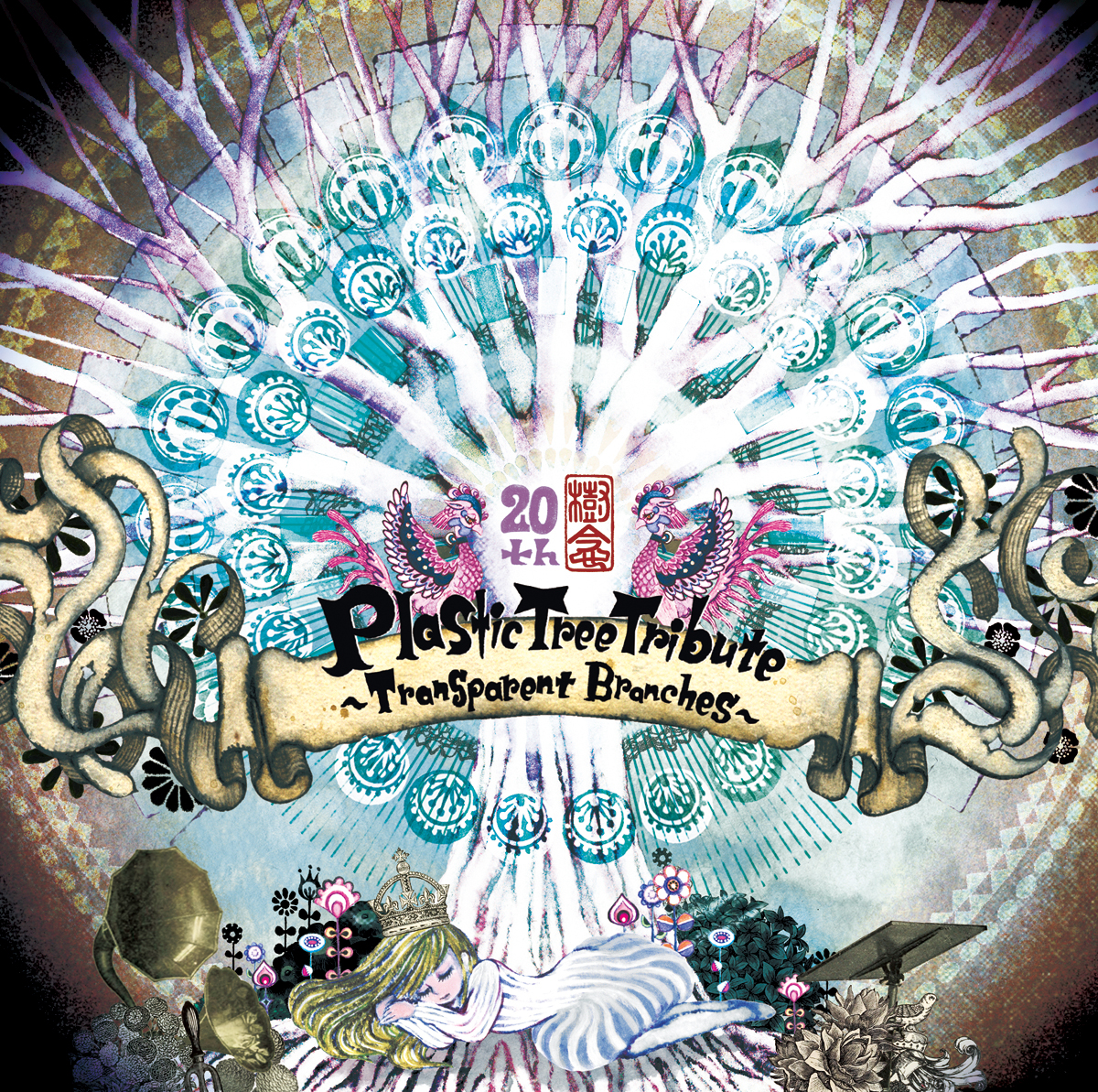 MUCC – Myakuhaku
Michelle: A masterpiece of intricate detail, the unarguably gorgeous artwork is as sinister as it is sensual. Take a closer look and you’ll see why. 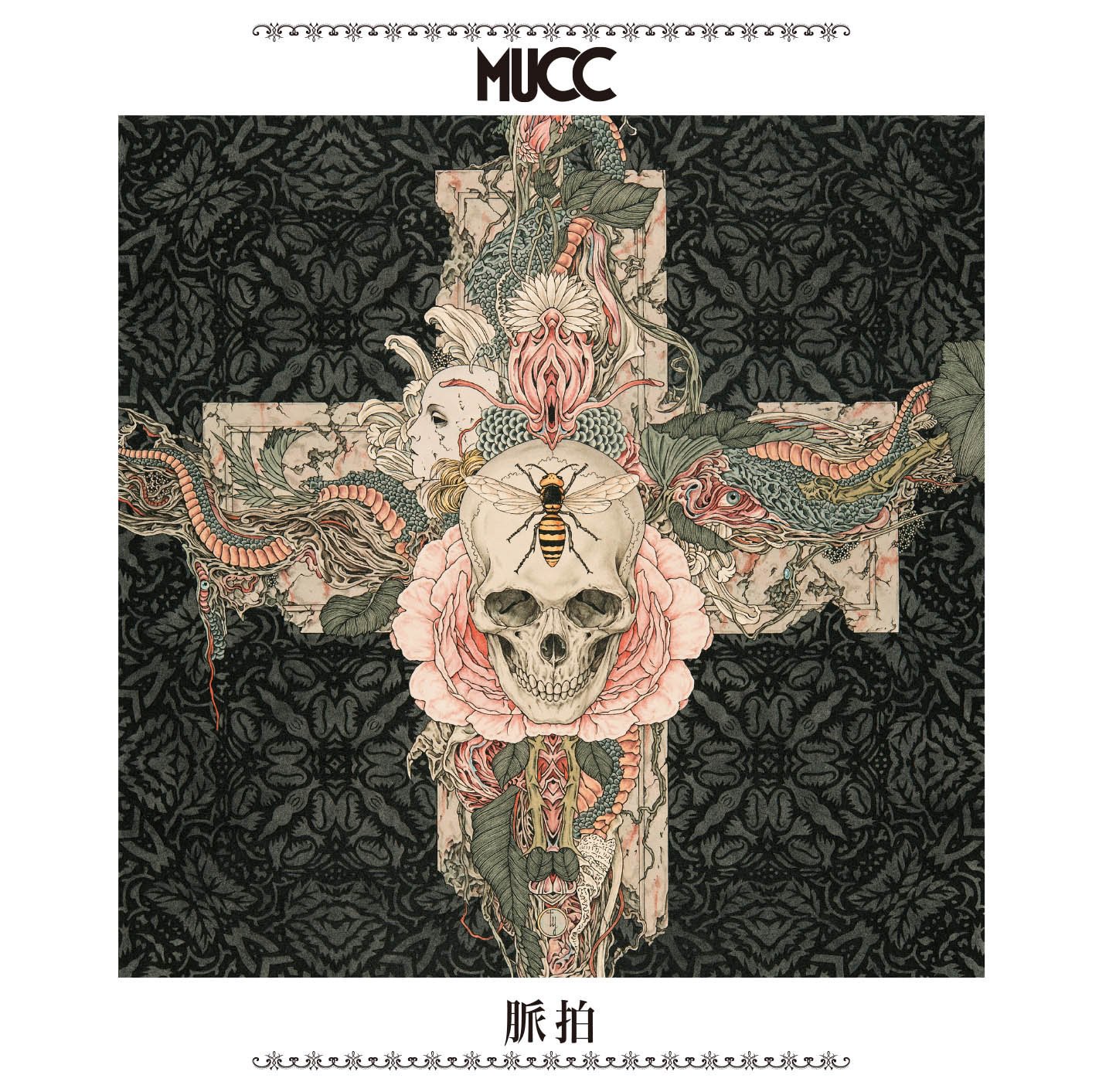 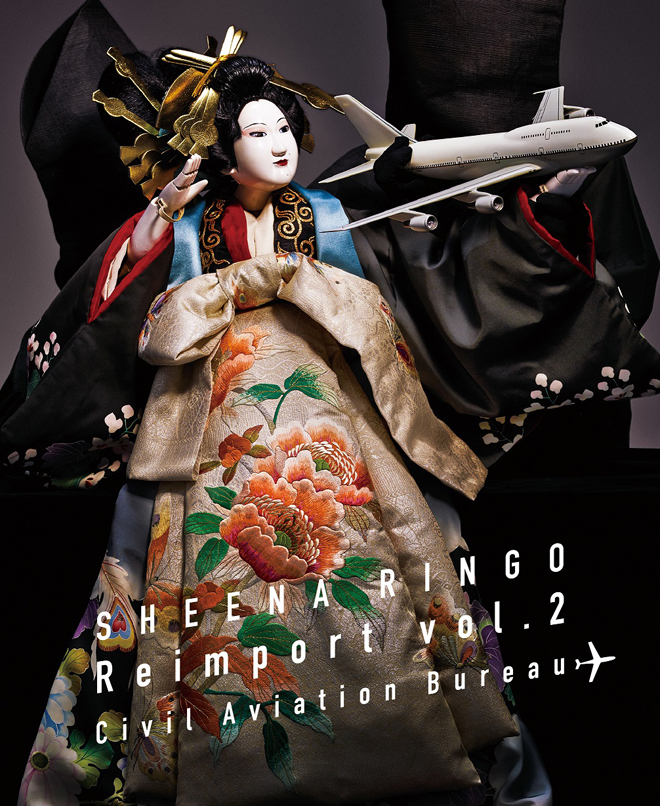 Denkare – Carnaval The Abyss
Todd: This album cover fits their sound and lyrics perfectly — kawaii merged with the macabre. 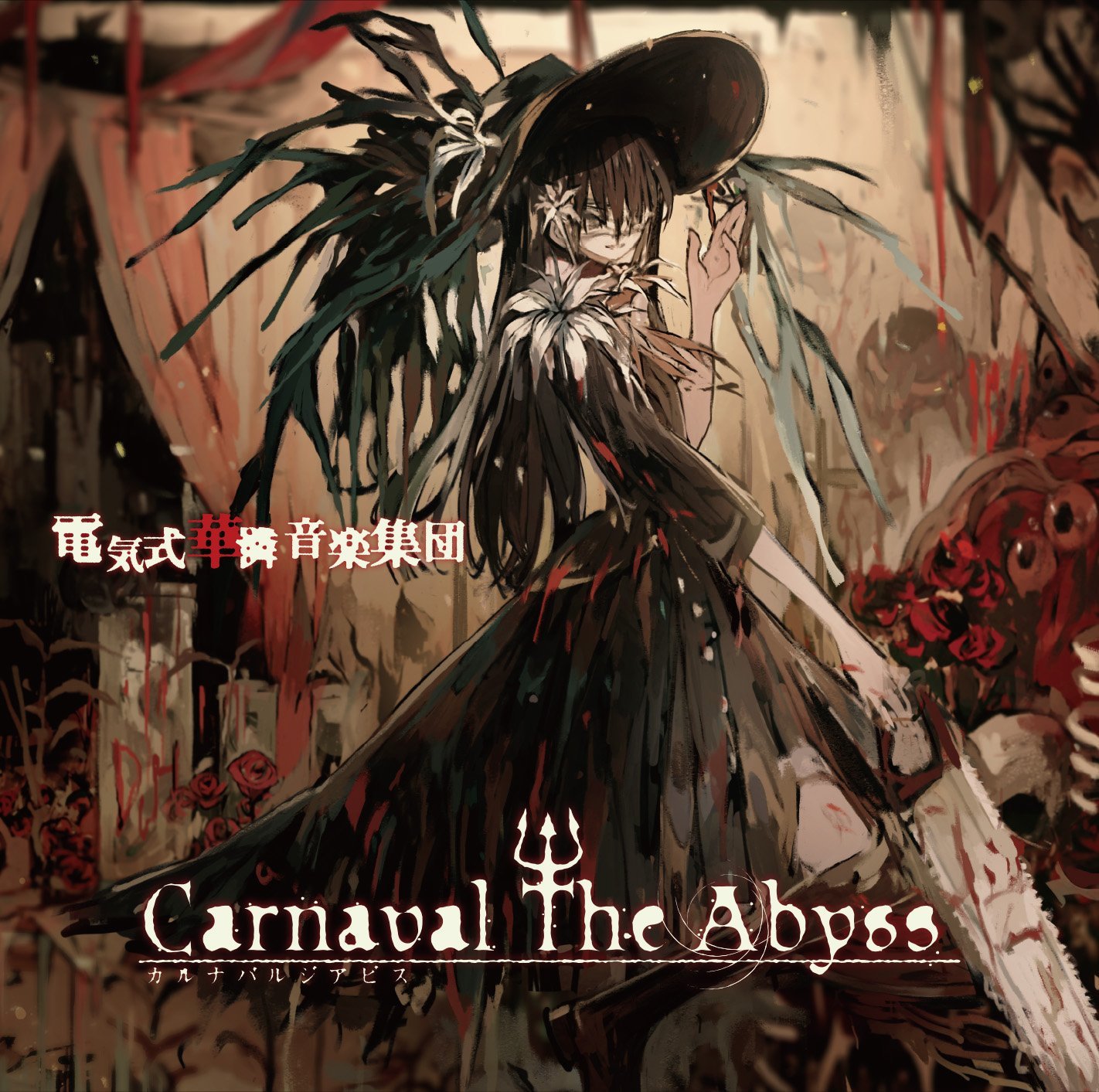 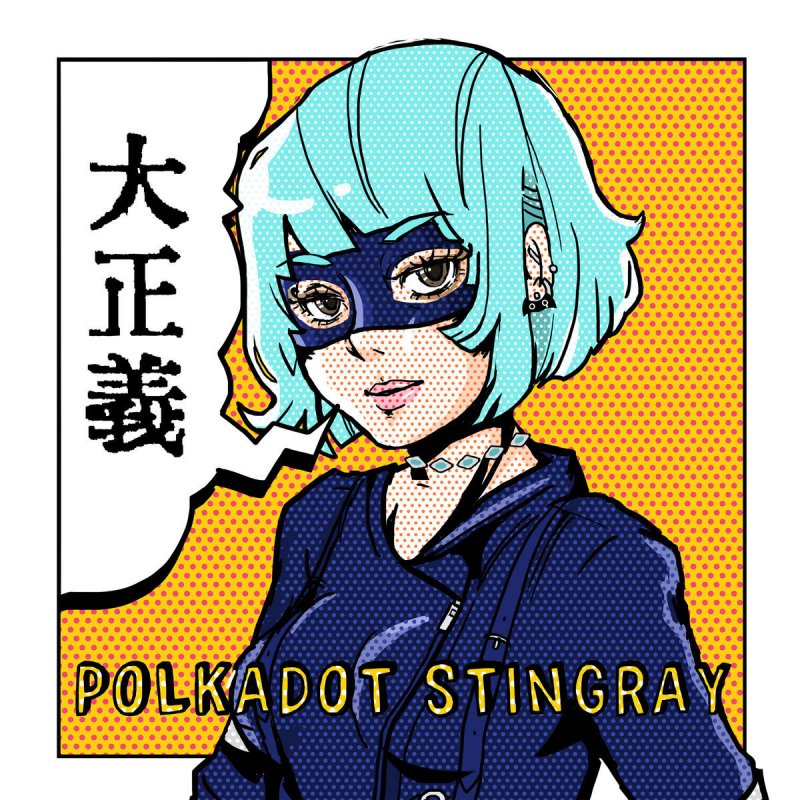 DOLL$BOXX – high $pec
Todd: Artist Masayuki Kojo is a big fan of and friends with Gacharic Spin. Some months back he created an awesome drawing of the band. It looks like the band must have really liked it. 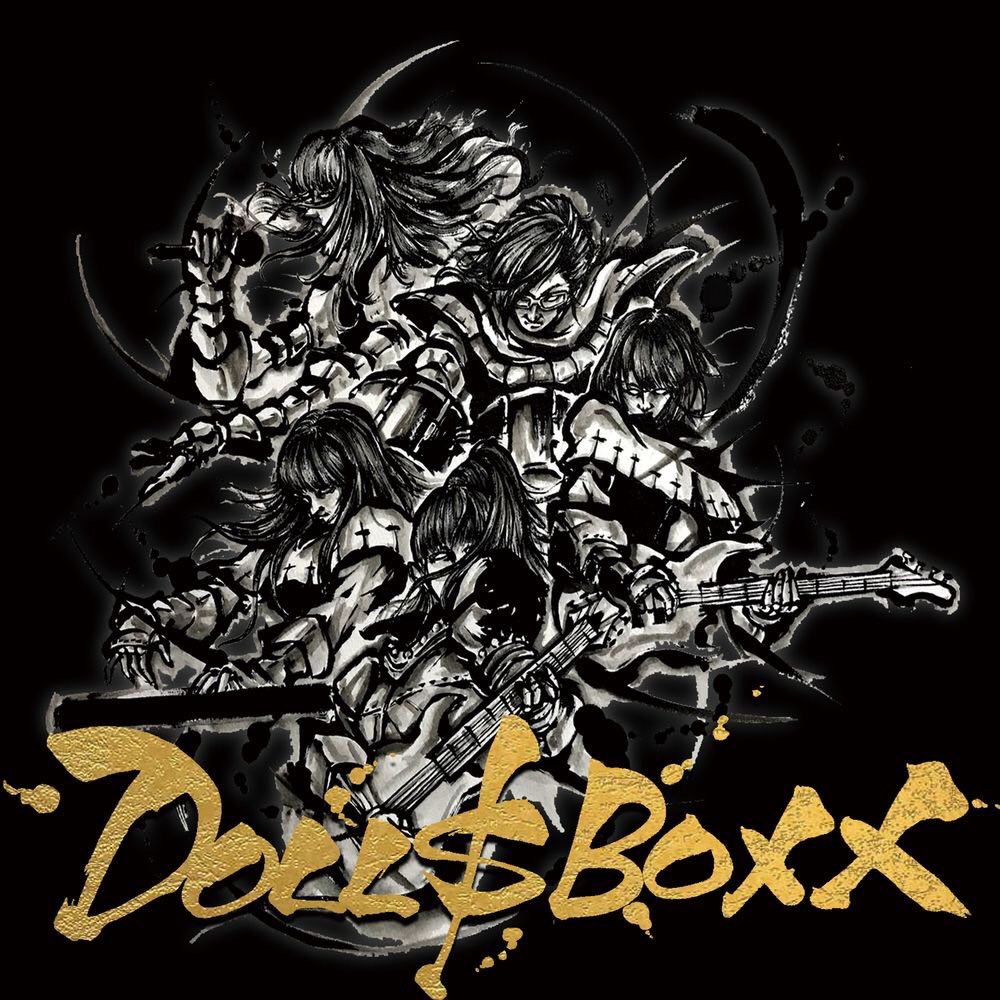 LOVEBITES – Awakening from Abyss
Todd: Totally sums up what the listener is in store for — radiant beauty delivering sounds of powerful destruction. 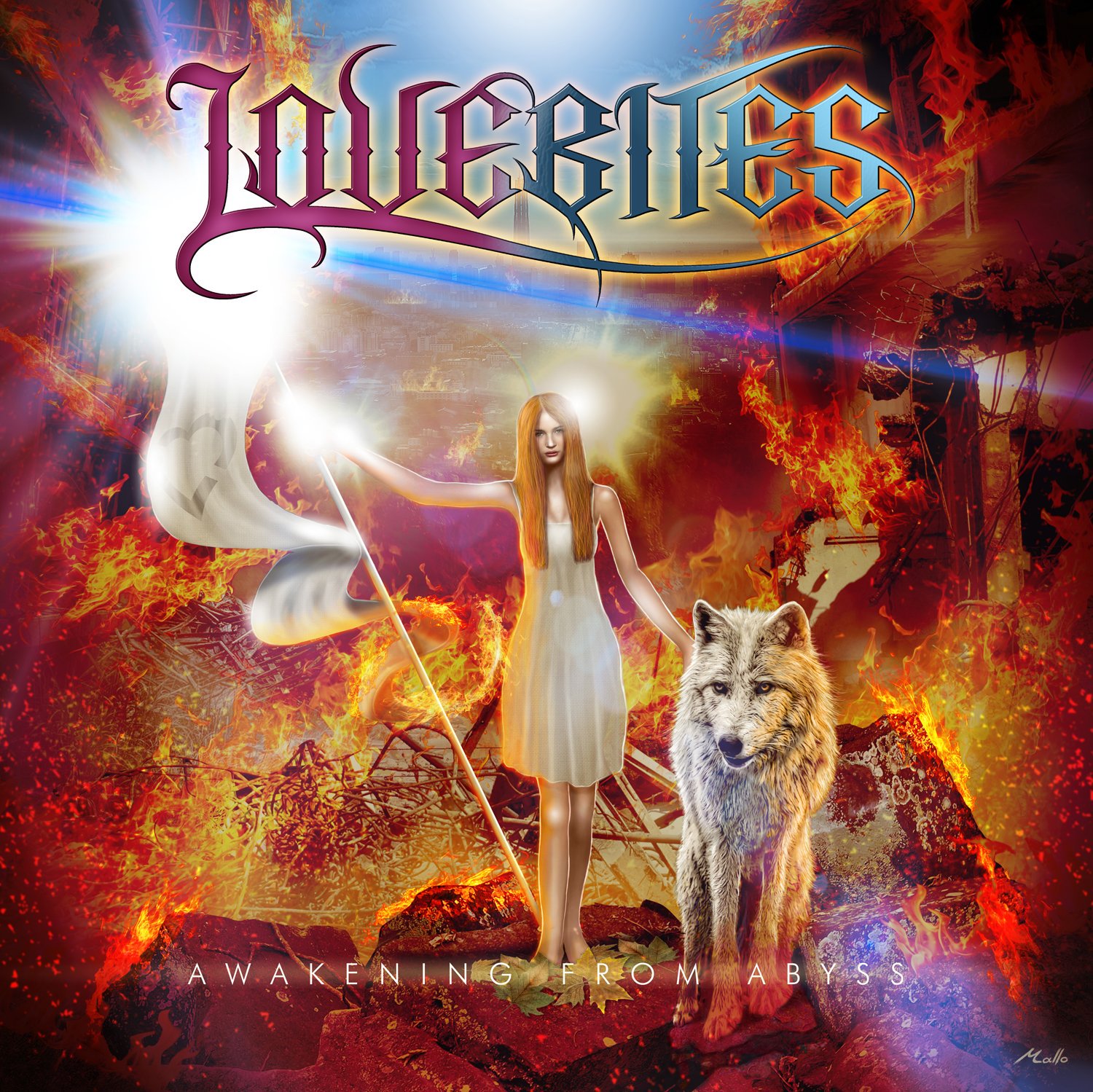 Keisuke Kuwata – GARAKUTA
Nhu: Six rubber duckies in various occupational outfits are lined up on the front of Kuwata Keisuke’s latest LP. It’s a simple but telling cover: it’s been six years since the release of his 2011 album Musicman, and GARAKUTA is filled with tracks of varied genres (rock/country “Sugisarishi Hibi (Going Down)”, jazzy “Yin Yang”) and moods (pensive “Kimi He no Tegami”, Caribbean-filled vibes of “Ai no Prelude”). 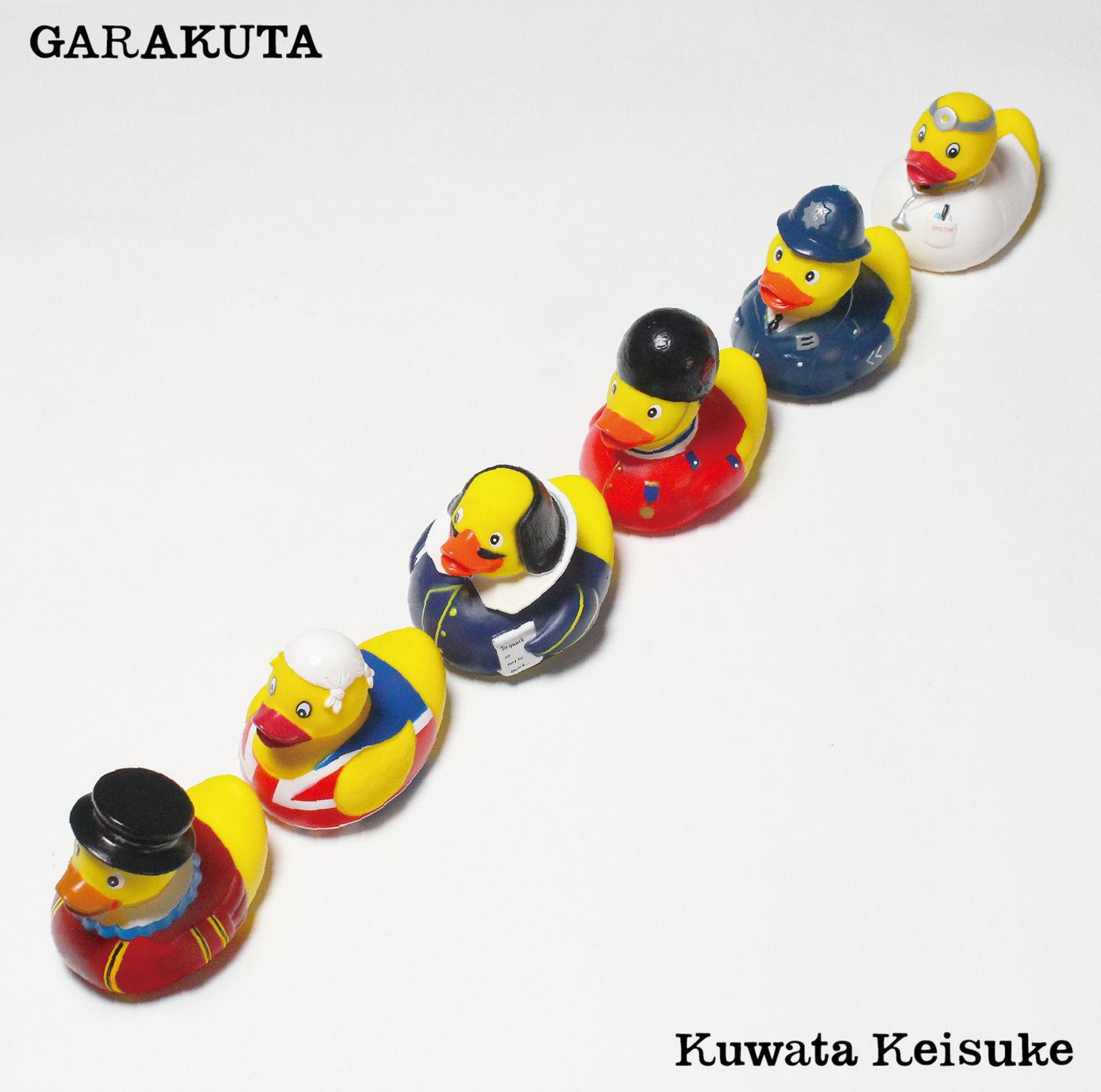 LACCO TOWER – Haruka
Nhu: When beautiful moments come by, be sure to catch them! The thoughtful reminder is suggested on Haruka, the second album from rock band LACCO TOWER, by a pair of hands held out together with palms facing upwards, catching the flower petals gently falling down. 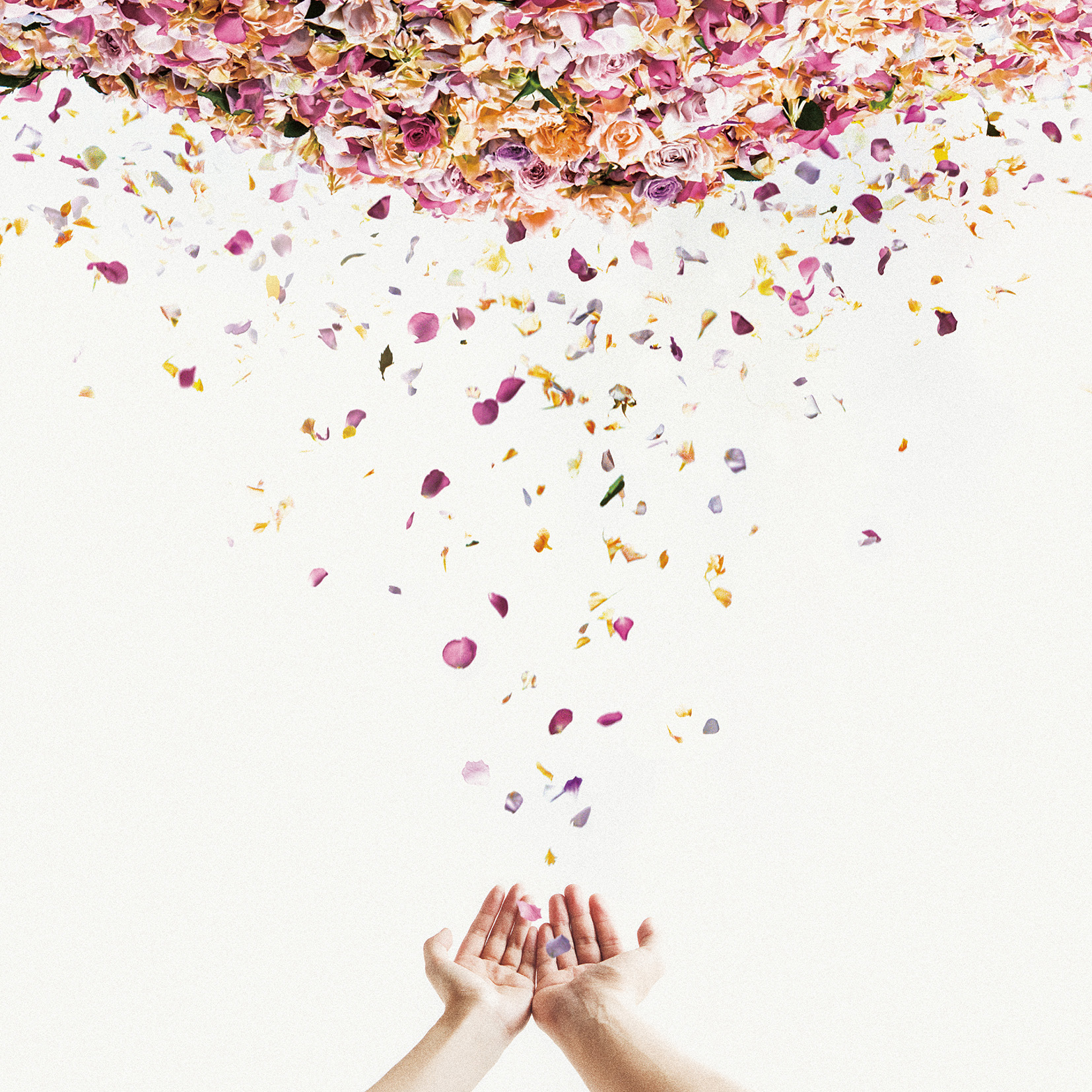 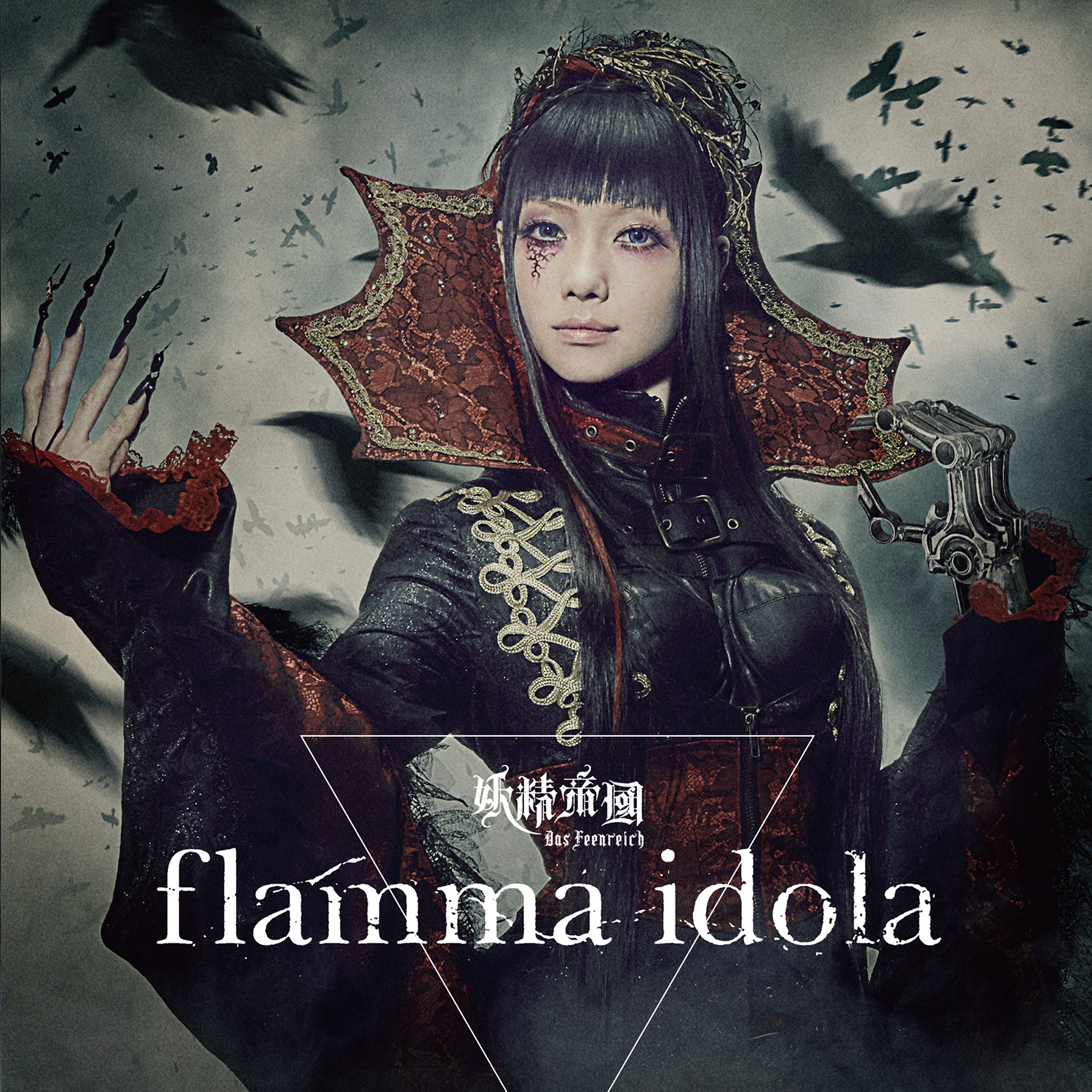 cali≠gari – 13
Nhu: The album artwork for cali≠gari’s album 13 is of the Great Duke of Hell, Astaroth — it’s not cali≠gari if it’s not dark and sinister. The new and unique interpretation is all due to Mineo Maya, an artist who specializes in the classic style of manga drawing. 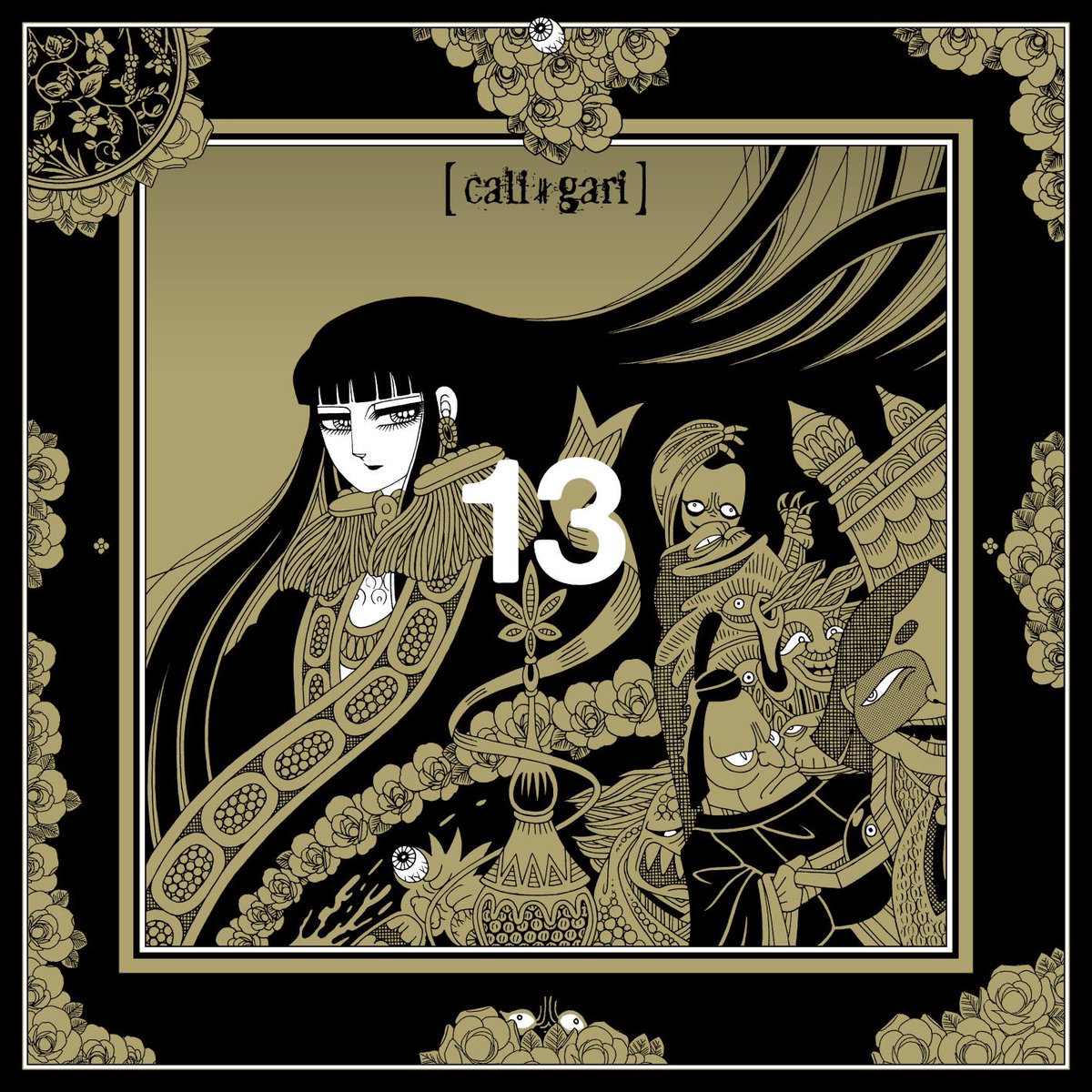 Shota Aoi – Flower
David: Not knowing Shota Aoi’s work, this jacket grabbed my attention instantly. Whoever can pull off this gigantic floral fashion with a cutting stare to back it up gets instant respect. 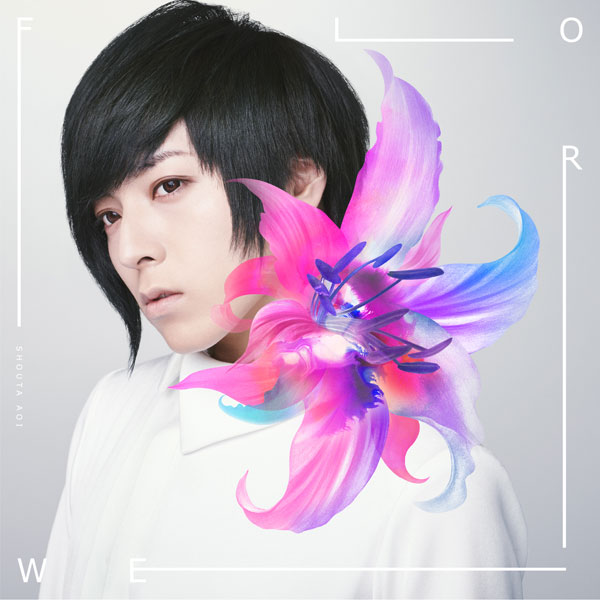 LiSA – Little Devil Parade
Todd: The colors and imagery in this cover art fit LiSA’s image and sound perfectly — cute and stylish with just a hint of mischief. 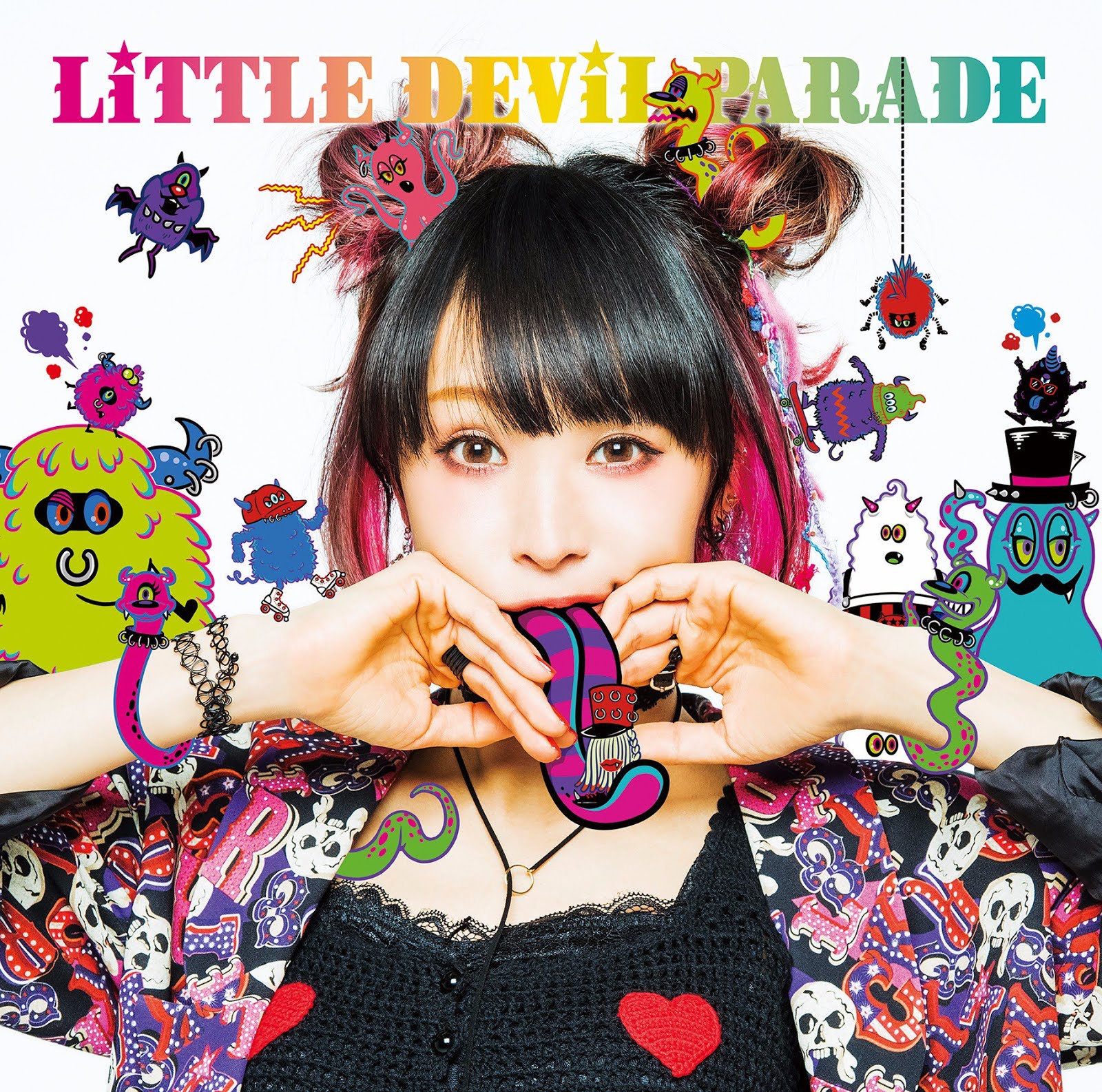 Sakura Fujiwara – PLAY
Nhu: The cover of Sakura Fujiwara’s second studio album PLAY is a watercolor portrait of a girl walking down a bright yellow train track framed by nature painted in deep purples, blues, and greens. It’s an image of both maturity and youth, just like the singer songwriter and her music. 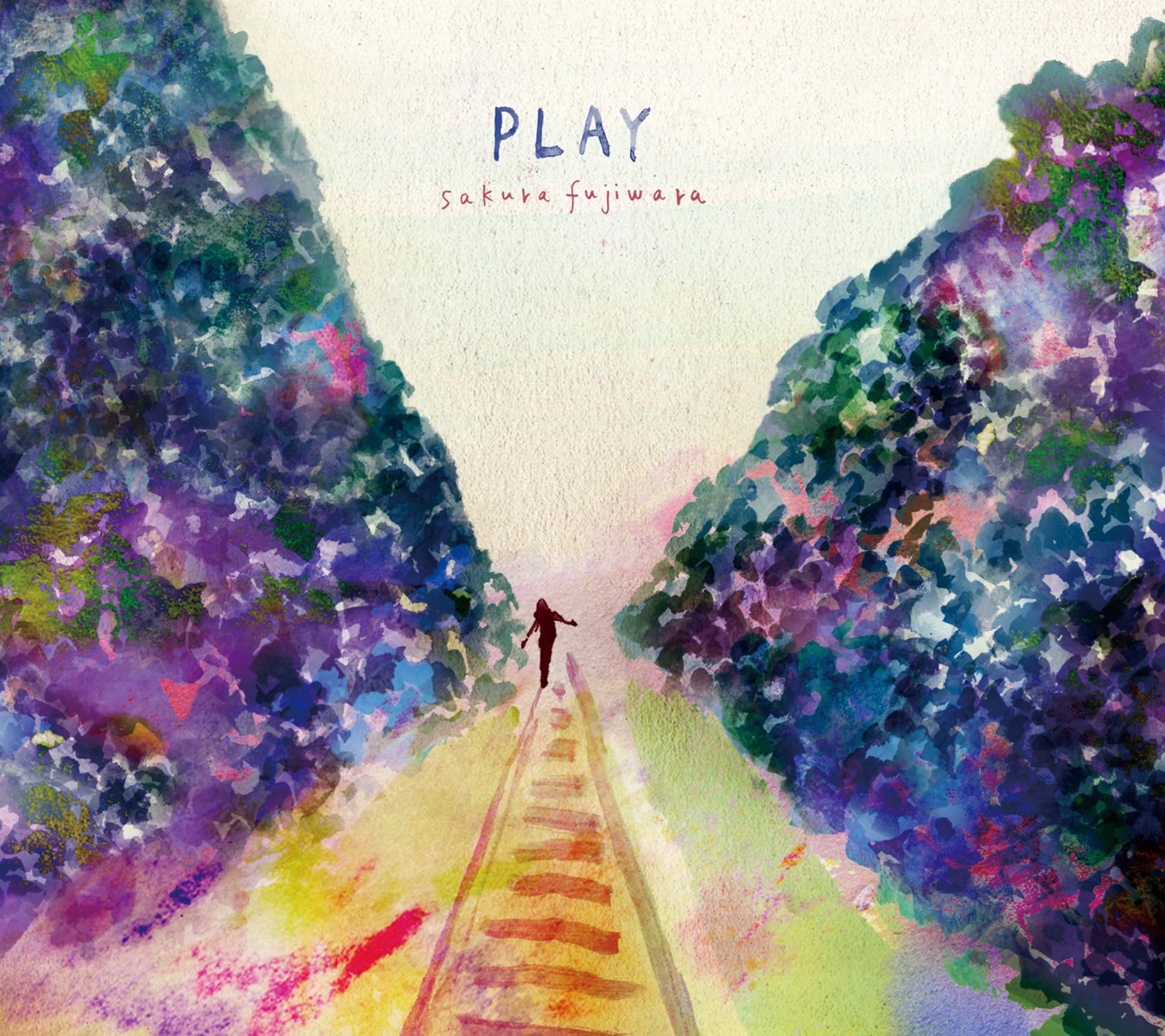 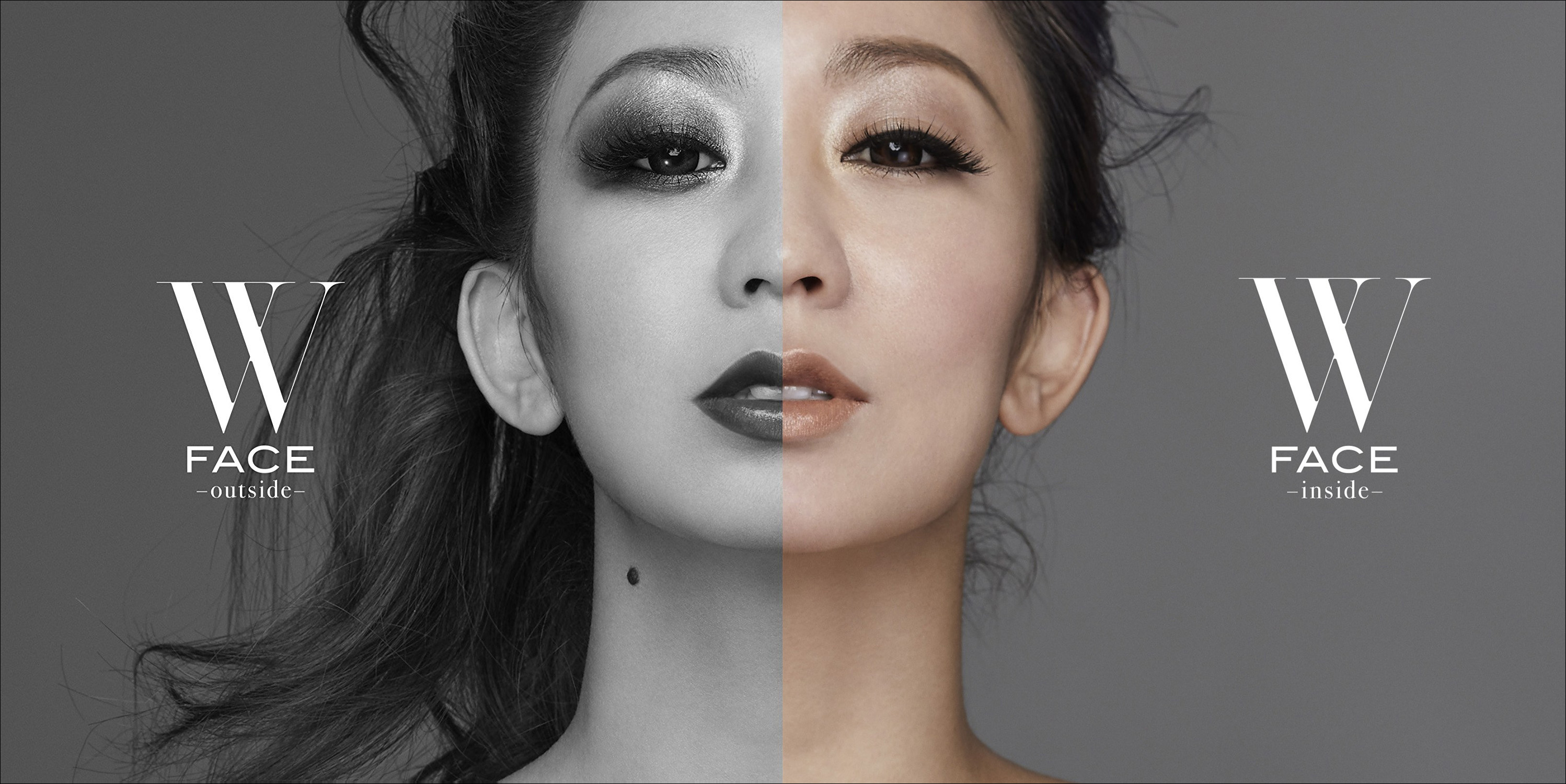 AKB48 – Shoot Sign
David: A snapshot of the heroic showdown in AKB48’s wickedly-entertaining music video for “Shoot Sign”, my favorite version of the multiple-CD releases. For all the fans who wished World Idol Pro Wrestling was real, this one wins for the kicks. 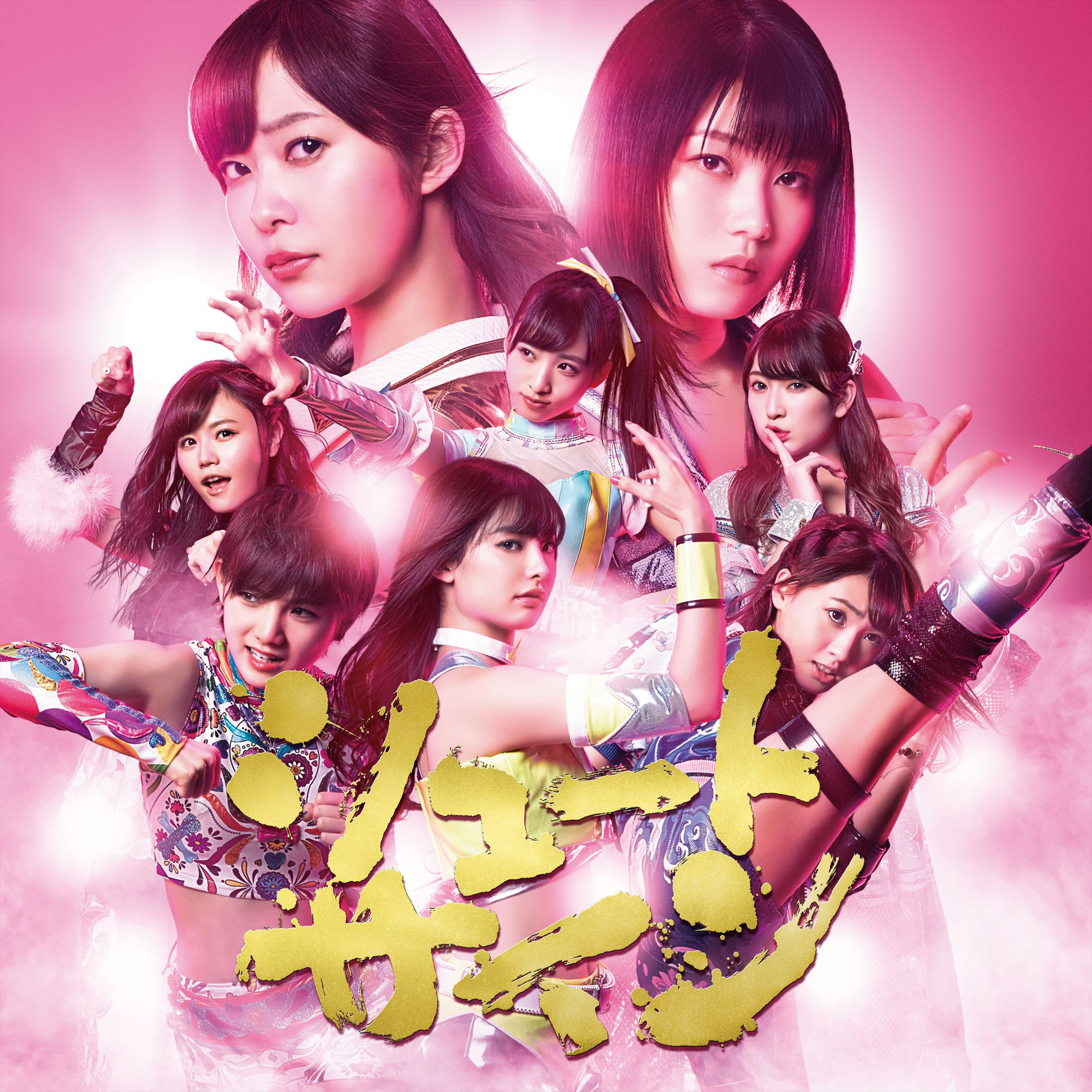 Charisma.com – not not me
David: Charisma.com made a big deal of shedding their OL personas, but MC Itsuka’s new haircut puts an extra “F—You” into the mix for anyone who expected more of the same (lollipop included). 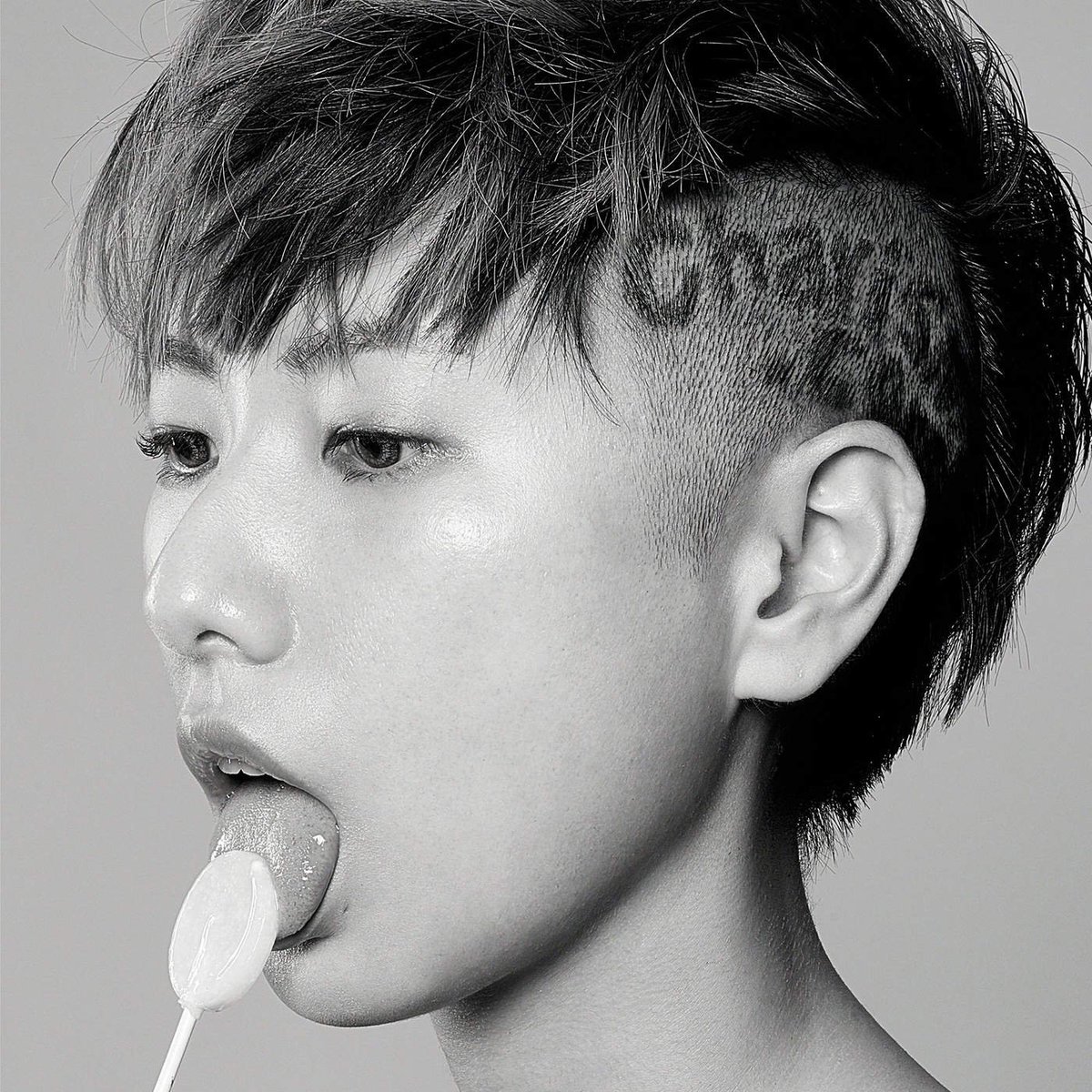 YUZU – Iroha
Nhu: The yuzu citrus fruit goes through a really strange four-stage transformation on the cover of Yuzu’s Iroha. But for fans of the folk-rock duo, it probably makes sense. As their first greatest hits album covering the span of their 20 year career, it seems to show the birth of the band — sherbet on top of the yuzu (Yujin Kitagawa apparently named the band after the yuzu-flavored sherbet he was eating), moving into their young and ripe stages, then hitting their ultimate leveled-up form in the Takashi-Murakami-designed final psychedelic look. 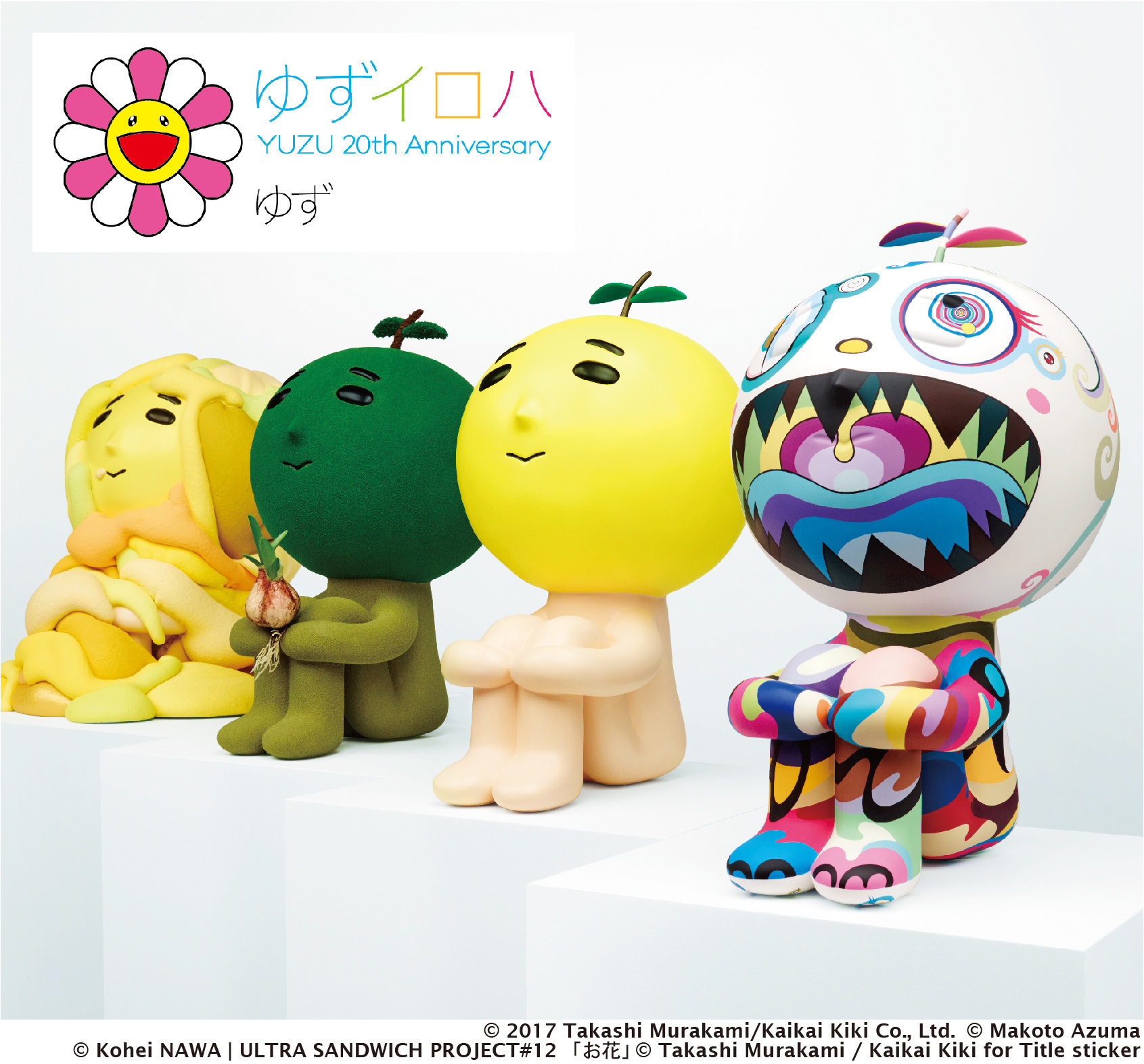 NECRONOMIDOL – DAWNSLAYER
John: Enjoy a bit of manga or anime? I bet you do. This cover certainly has the appearance of a pretty interesting story once you start looking a bit closer. 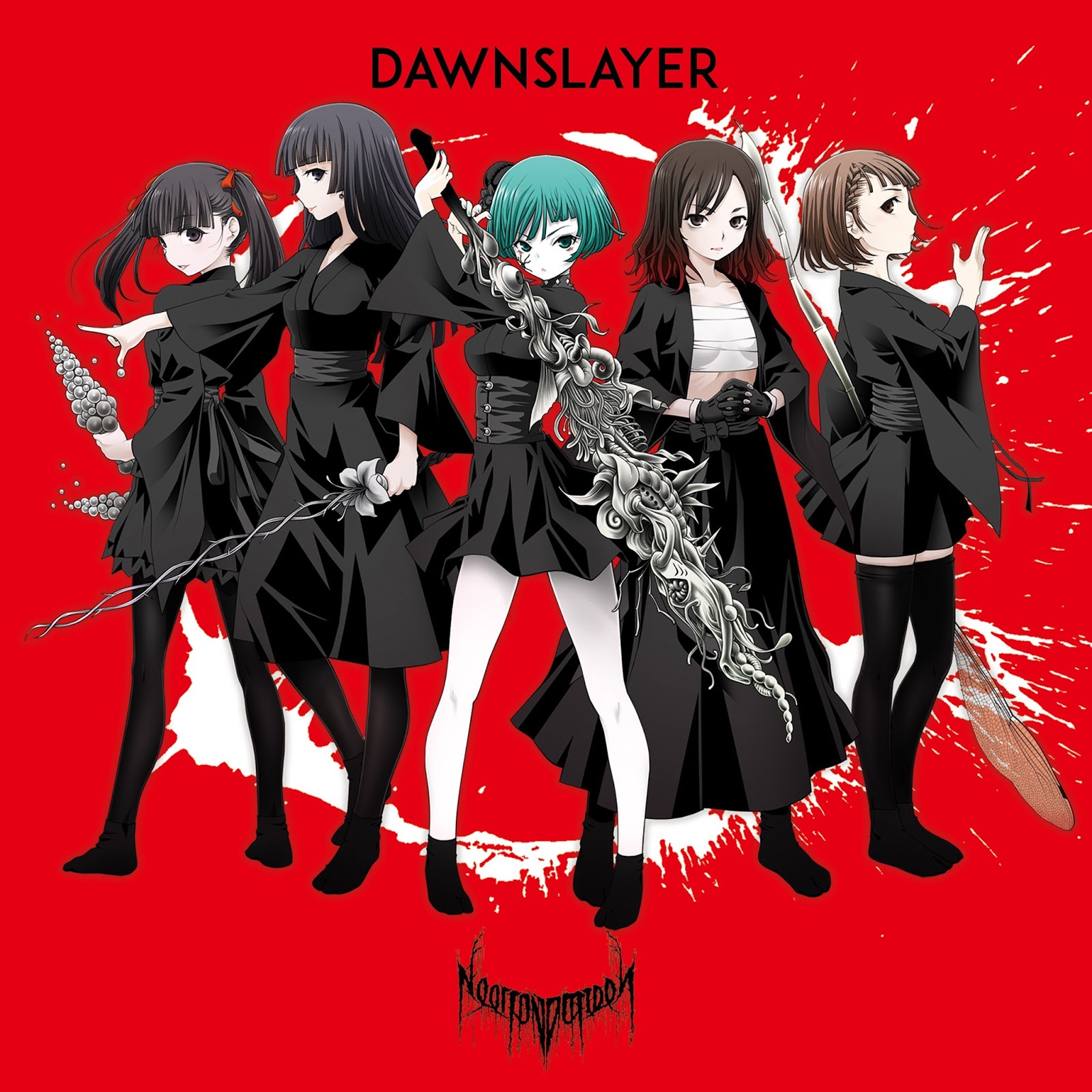 AIMER – blanc/noir
David: NekoPOP wouldn’t be here with serious hardcore love for the furry darlings. This double-set makes the cut because… cats. 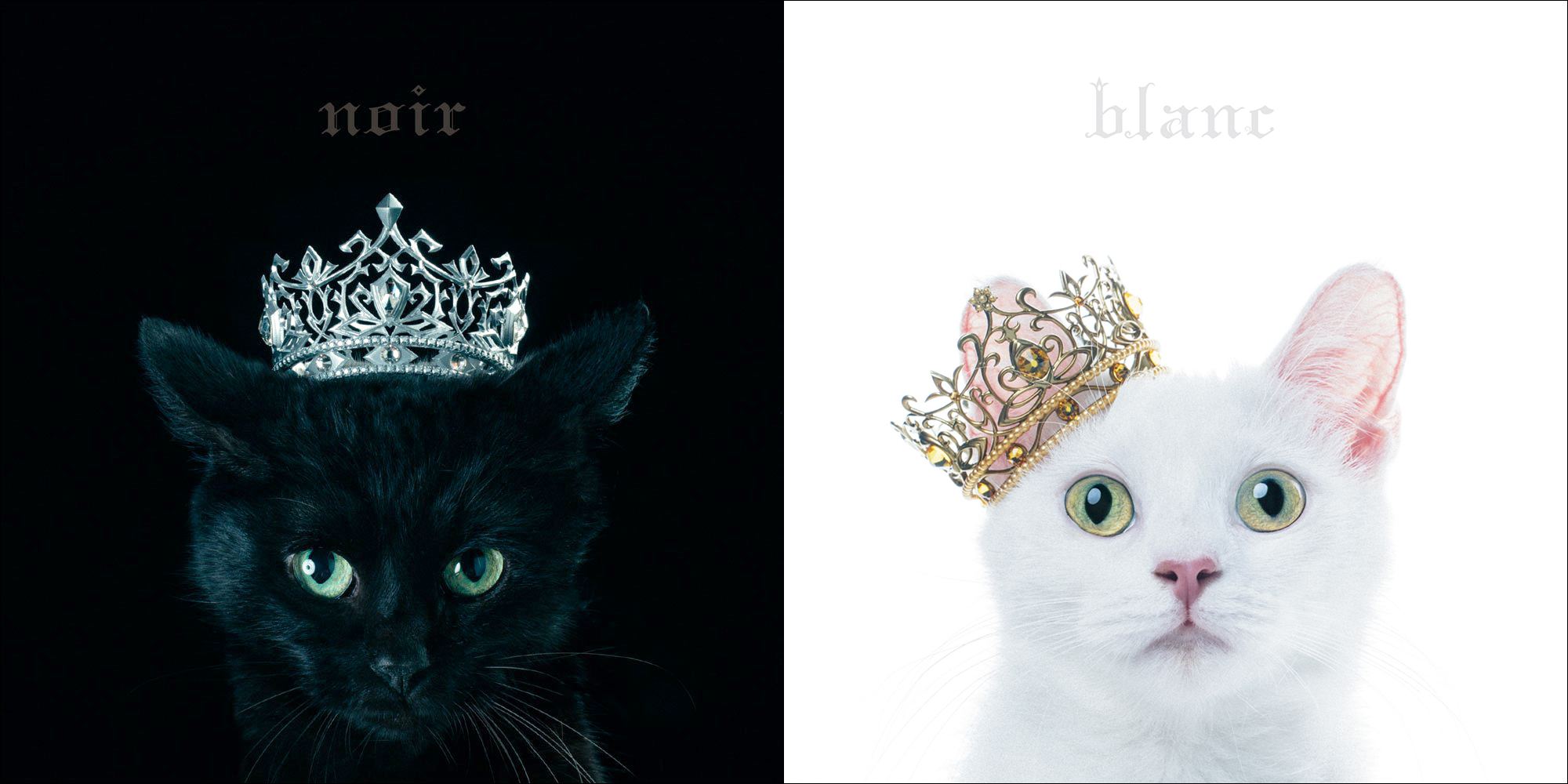 Sayaka Yamamoto – identity
David: NMB48’s Sayaka Yamamoto makes a cool, subdued statement about standing out from the crowd and keeping your cool in the middle of it at the same time, forever a problem in the idol world. 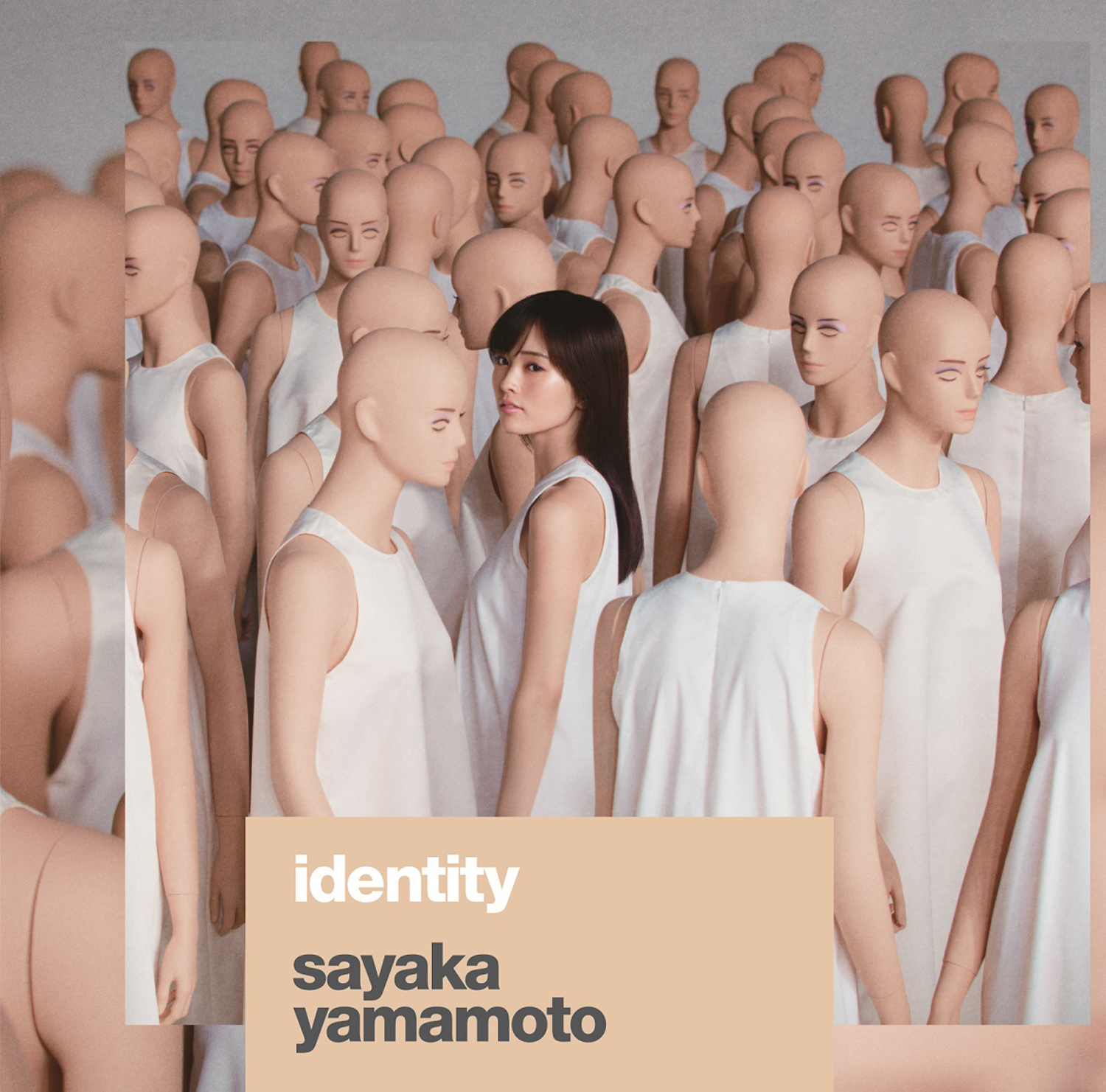 DAOKO – Uchiage Hanabi
Nhu: Singer and rapper DAOKO is the quintessential Tokyo girl – hip and trendy AF. So it was refreshing to see her striking cover artwork for single “Uchiage Hanabi” where she dons a kimono, displays her beautiful side profile and hair ornament with sparks digitally-added onto her hair for extra “firework” effect, as the song title suggests. 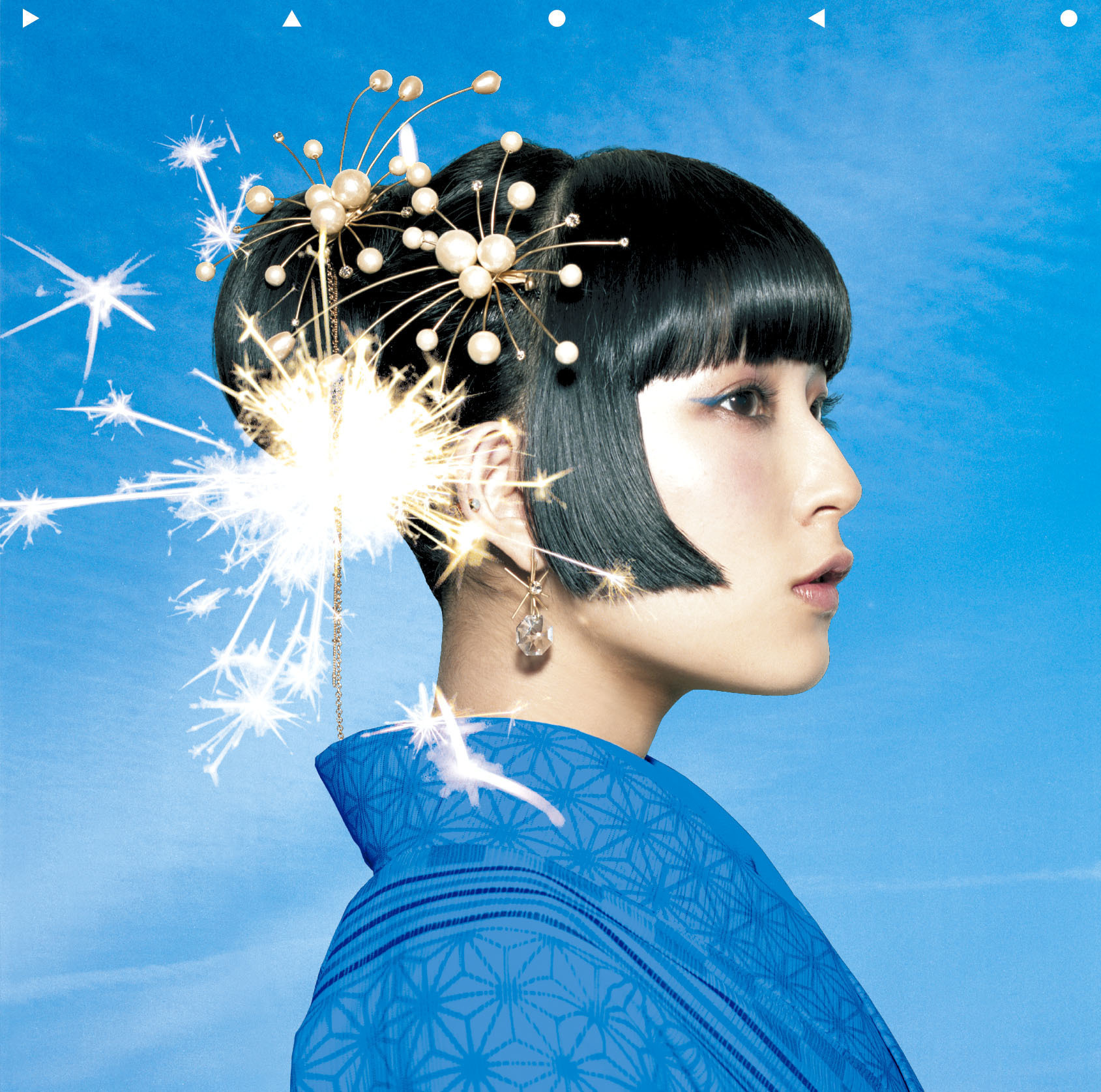 JyuJyu – Kuro Ito
John: The odd sizing of the girls’ heads and their slightly askew poses pull you into this cover. Are they living or dead… or maybe someplace in between? 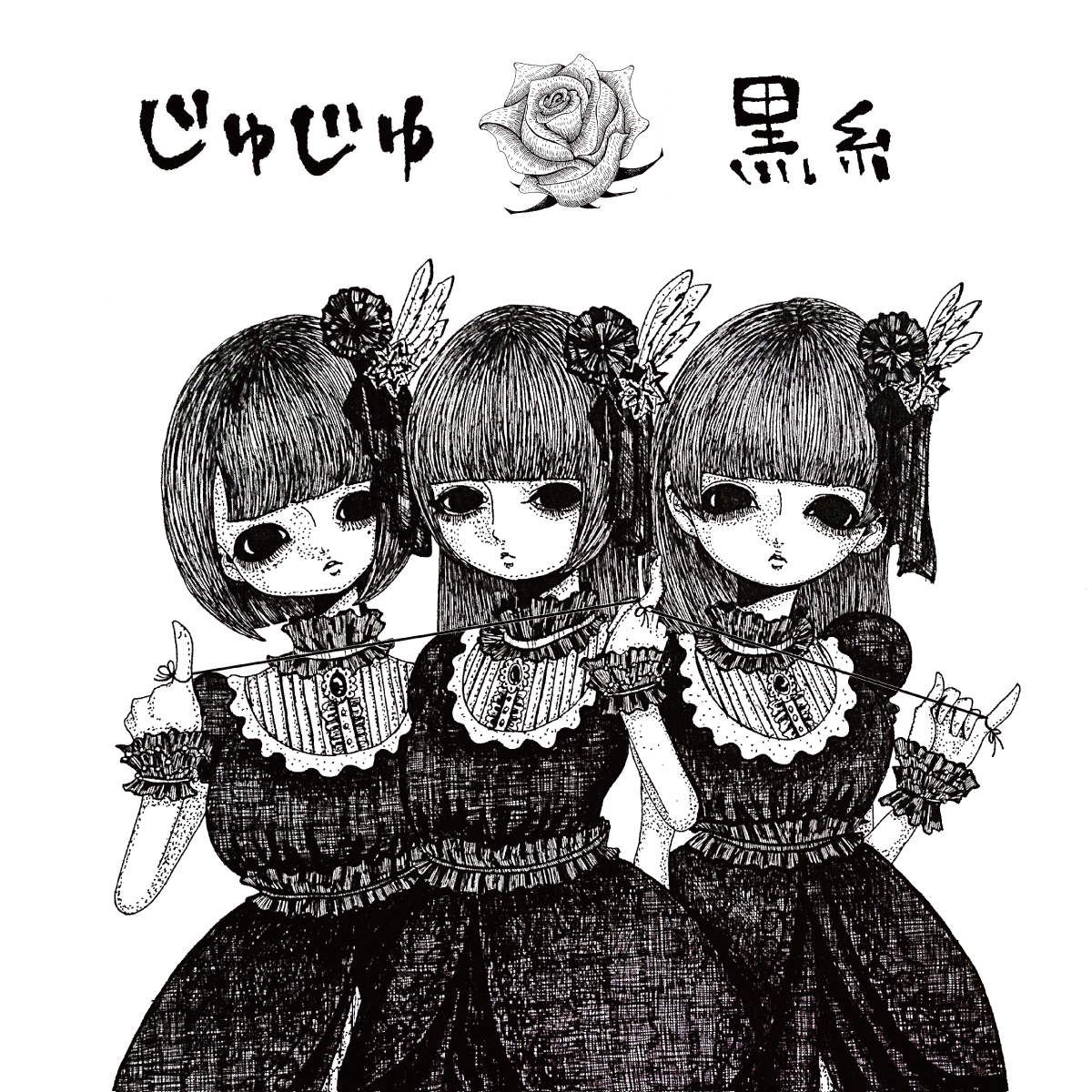 BiSH – GiANT KiLLERS
John: If you’re a fan of old time photography, this will certainly reach out to you. The album art also works if you’re a fan (like I am) of the more-than-slightly-creepy. 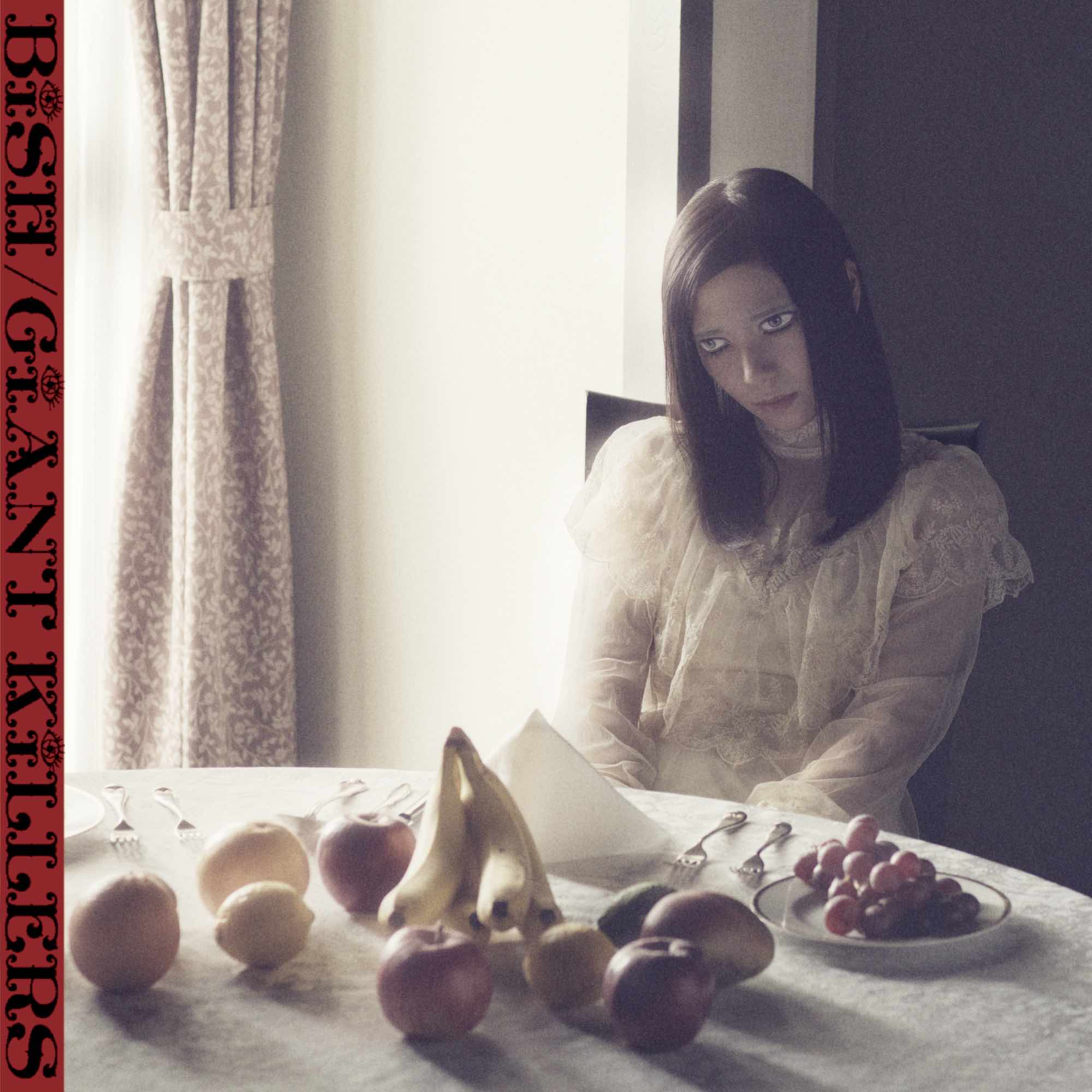