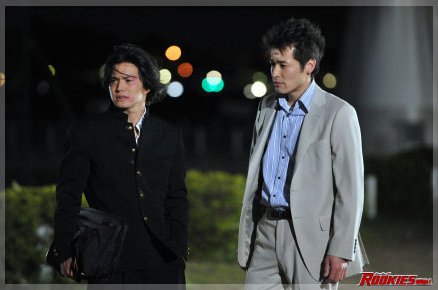 SUMMARY
Kawato (Ryuta Sato) receives a phone call from neighboring Yougadaiichi High School checking in to see if their annual pre-season exhibition game is still on. Kawato accepts the invitation, but Principal Murayama (Masato Ibu) fears further embarrassment for their school if the baseball team isn’t ready. He threatens to fire Kawato if the team can’t assemble its full roster in 30 days. With only two members committed to playing, it’s not looking good. But Kawato accepts the challenge, believing he can re-awaken his students’ sleeping dreams.

The boys find out about Kawato’s situation, and Wakana (Sousuke Takaoka) decides Kawato’s enthusiasm is coming from desperate self-preservation, not from real concern for his students. He tests Kawato’s commitment to “dreams” by telling him a seemingly small lie: Wakana’s real dream isn’t baseball, but soccer. Kawato goes directly to the soccer coach to share Wakana’s news. 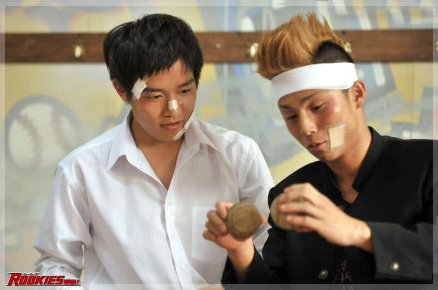 Key players Shinjo and Aniya are still holding back, and it affects everyone’s mood. Aniya also doubts Kawato’s character, and visits Kawato’s former student Nikogaku. It’s because of Kawato’s physical confrontationm with Nikogaku that Kawato lost his first job as teacher, and Aniya’s looking for Nikogaku to reveal Kawato’s true character. But Nikogaku won’t listen to a single bad word about Kawato — he credits the teacher for changing his life for the better, and Kawato stood up for him when no other adult would. 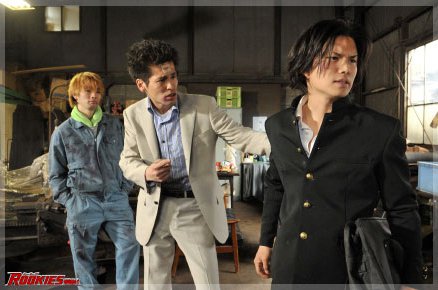 The soccer coach wants to pull Kawato’s chain, and tells him if the overgrown baseball field is restored in a week, he’ll give Wakana a chance. When the boys refuse to help, Kawato weeds the field at night by himself, and Wakana becomes increasingly upset. He’s more ready to believe Kawato is a selfish fool than risk believing in Kawato’s message. Wakana’s laughing out loud at Kawato until he discovers Kawato on his knees begging the soccer coach to give Wakana another chance. 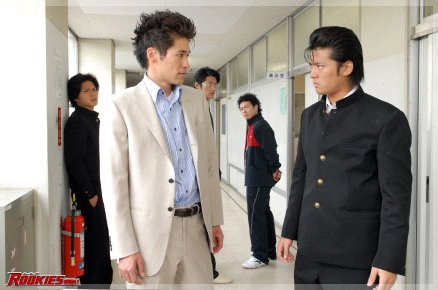 Wakana mocks Kawato for being so stubborn and gullible, and Kawato chases him onto the baseball field until both lay on the field, gasping for breath. Wakana says he wants to kill Kawato, and the teacher tell him to bring it on. “Kill me, or join your friends in the baseball club. It’s your choice.” 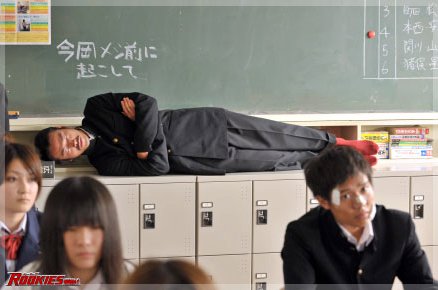 Wakana suits up for practice the next day, and fellow students Okada (Takeru Sato), Yufune (Shunji Igarashi) and Hiyama (Yosuke Kawamura) join in, too, saying they won’t let Wakana have all the fun by himself. Besides, if they volunteer now, it saves everyone the trouble of listening to Wakana beg them to join, right? 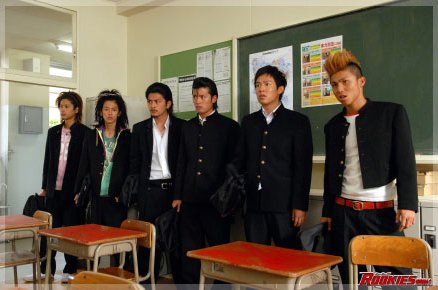 The next day, the baseball club arrives at school to find their classroom and clubhouse vandalized with graffiti, and their friends attacked by kids who still resent the baseball club’s disgrace of the school. Outraged, Wakana swears revenge and throws a desk through the classroom’s window. Kawato races to stop them before they hunt down the attackers. 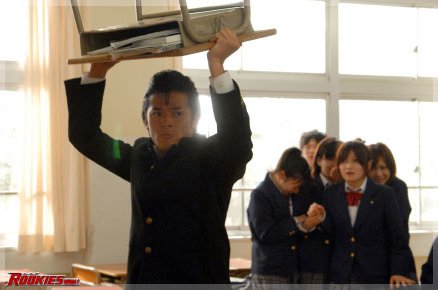 WHAT’S STRAIGHT
Aniya is already talking in baseball terms, and it’s a cool psychological hint to his transformation when he talks about Kawato’s honesty: “That guy can only throw straight balls,” he says, as both compliment and insult.

WHAT’S GREEN-THUMBED
Kawato’s literature quotes are flying fast and furious this episode. Ryuta Sato drops a lot of comedy to balance to heavy-handed emptional speeches. The “Kawato Special” weeding attack is my the best gardening moment ever in Japanese drama. 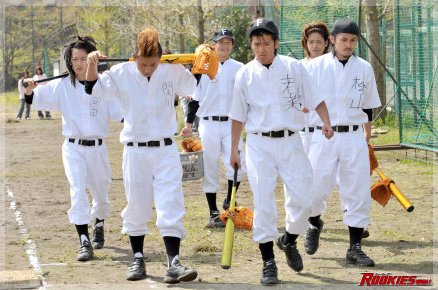 MIRROR, MIRROR
Nikogaku’s knowing smile while watching Kawato and Aniya argue tells us he’s seeing his own past played out before him by a new character. Nikogaku knows the future, and so do we. It’s just a matter of when.