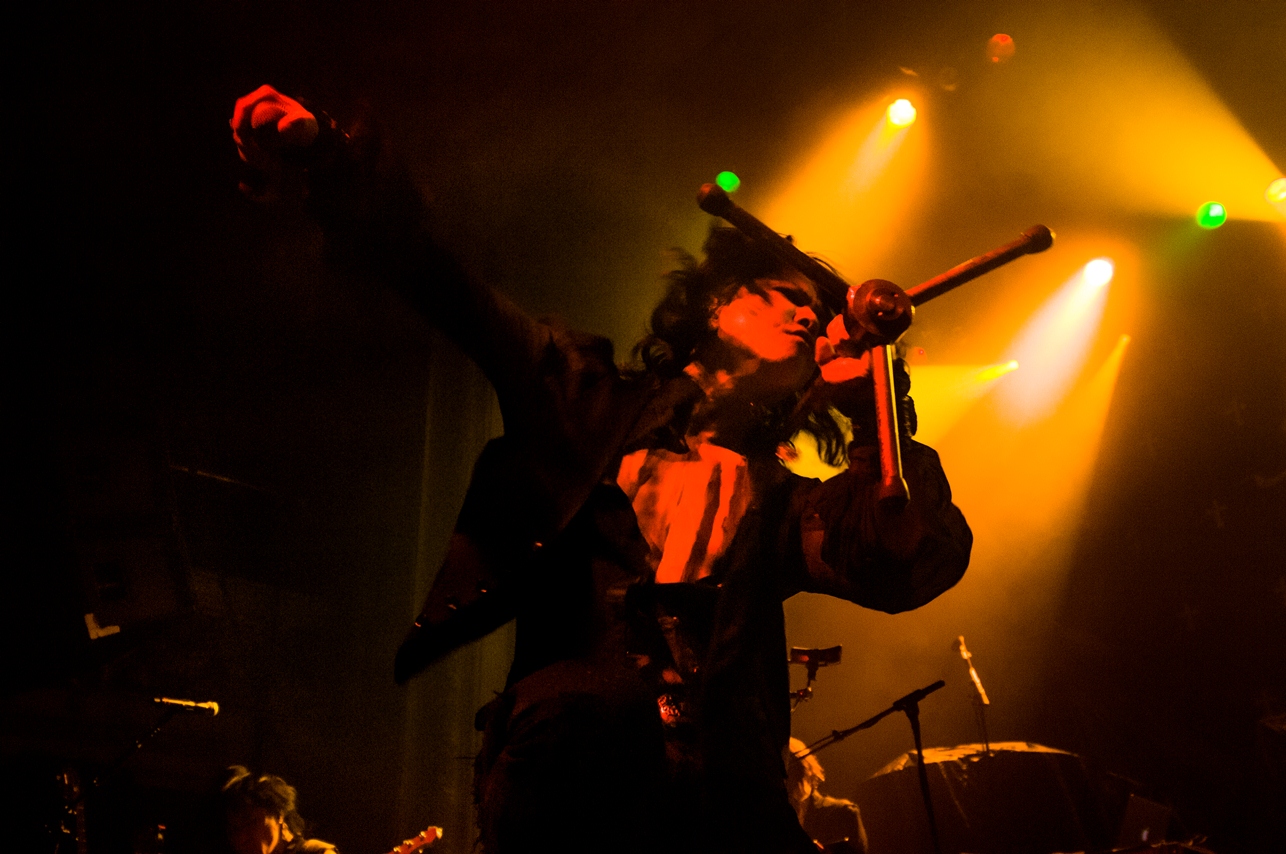 Back in February, VAMPS invited Sixx:A.M. to join their two day rock festival at Nippon Budoukan, giving the American band their Japanese debut. On day two, it was announced VAMPS would be a support act for Sixx:A.M.’s first U.S. headlining tour on 12 dates. Fast forward to Saturday night at Club Nokia, I’m still in awe of the pairing. After all, this is East and West rock royalty.

HYDE and K.A.Z, with the support of Ju-ken, Arimatsu, and Jin took the stage promptly at 9pm with “Zero”. It was a slow start, as the band doesn’t move much in this medium tempo song. I was hoping for the strong punch that they had delivered with “EVIL” the first night of the tour in San Francisco. But things escalate from “Zero” to 100 fairly quickly though with the follow up of “World’s End” segueing into head banger “LIPS”, where HYDE loses the guitar in favor of dancing. The men catch a breather while the vocalist tells the crowd, “We’re so excited, are you fucking ready!?”

VAMPS have been ready to capture the international audience since their inception in 2009. As openers of “Modern Vintage Tour”, they are given only 30 minutes to – as HYDE says in our interview with the band — bite deep into the hearts of U.S. fans. When a groovy song like “The Past” was played live in this venue, judging from the heads rocking throughout the crowd, VAMPS was hooking people with their melodies.

For the attendees who were on the fence about VAMPS, the band gave them a great time. Their cover of Motley Crue’s “Live Wire” got the seated audience up in the balcony on their feet, fists pumping in the air (some fists pumped beer in the air as well), and voices shouting along with HYDE’s chorus, “Cause I’m alive!”

Soaring from the response to cover song, VAMPS ended their six-song set with the ever-appropriate “SEX BLOOD ROCK N’ ROLL”. K.A.Z couldn’t stop spinning the guitar around his neck, and his trick elicited some excited yells from an older gentlemen behind me. Their bittersweet and short set definitely left more than a few new victims bitten that night. 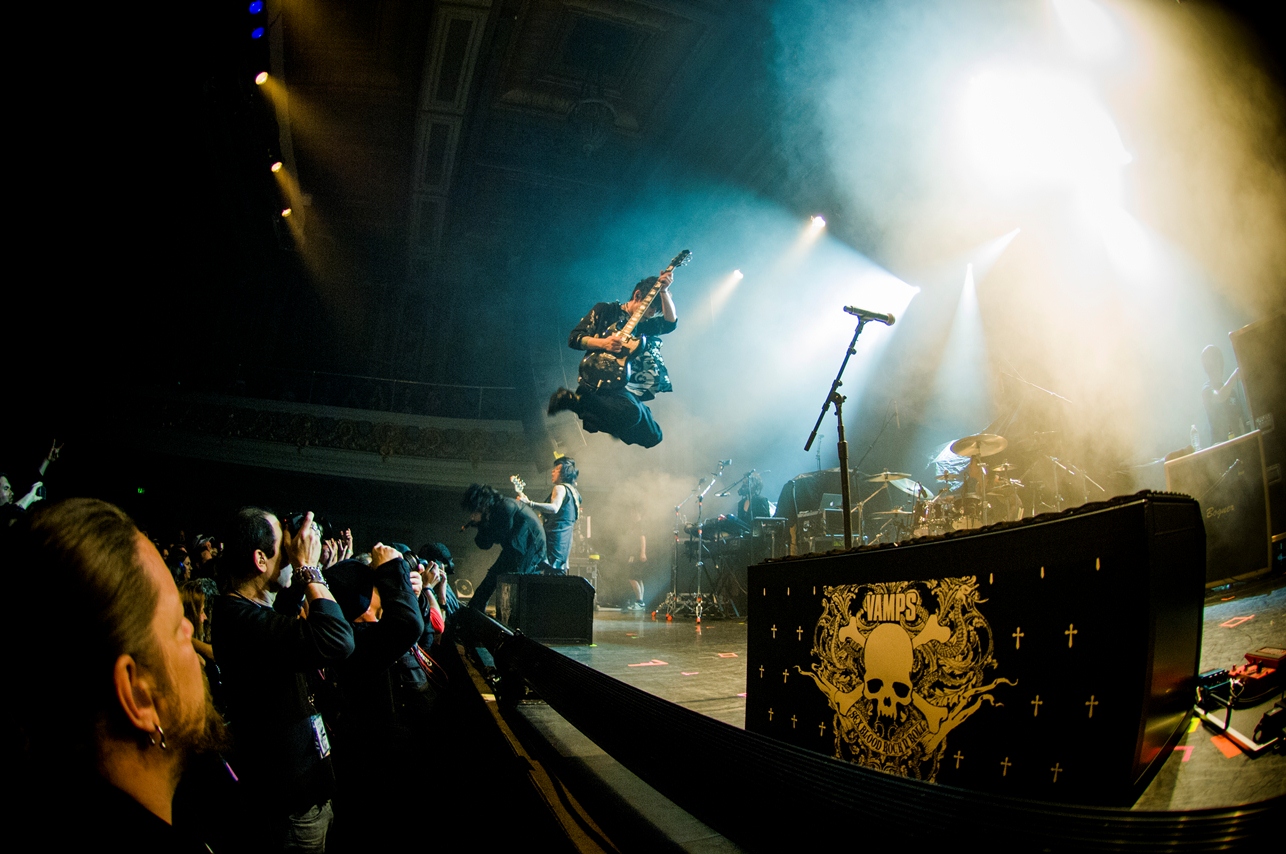 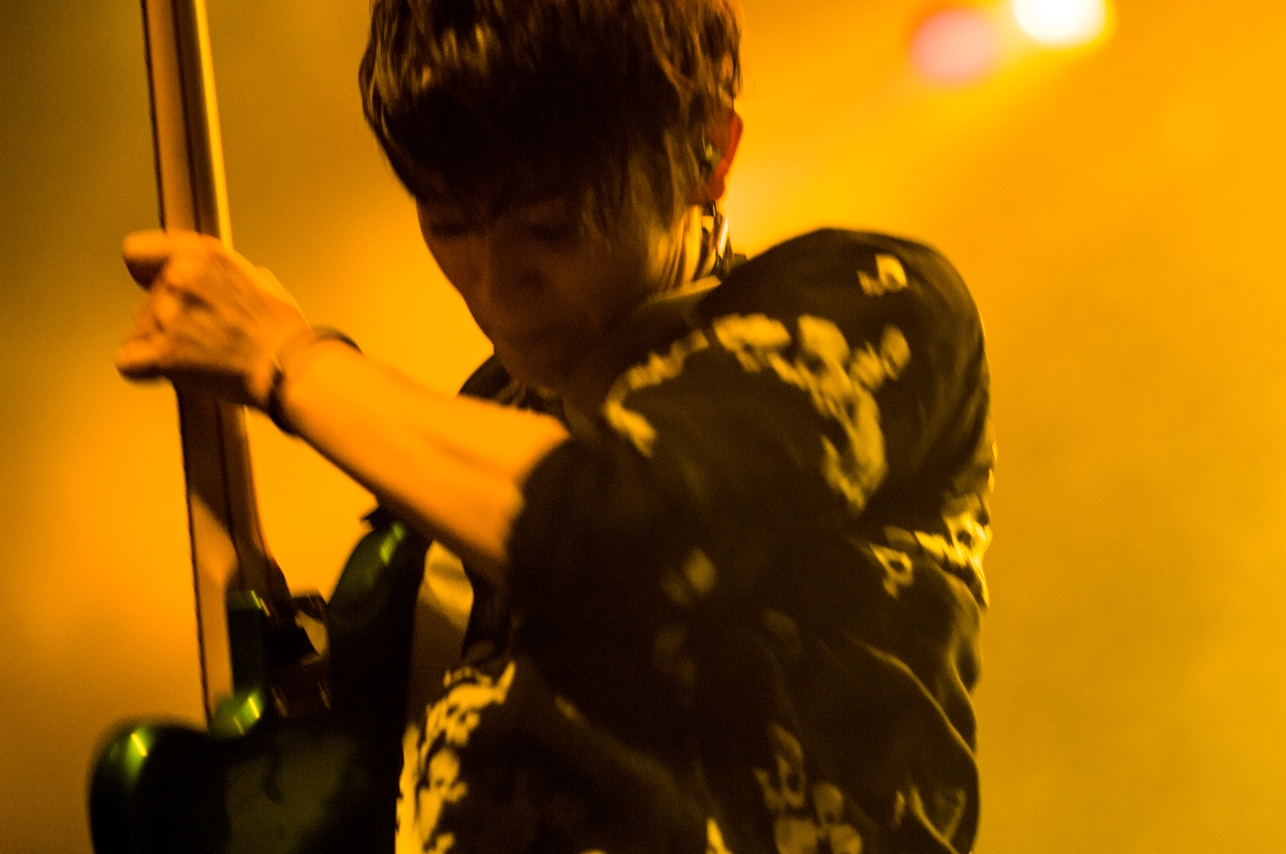 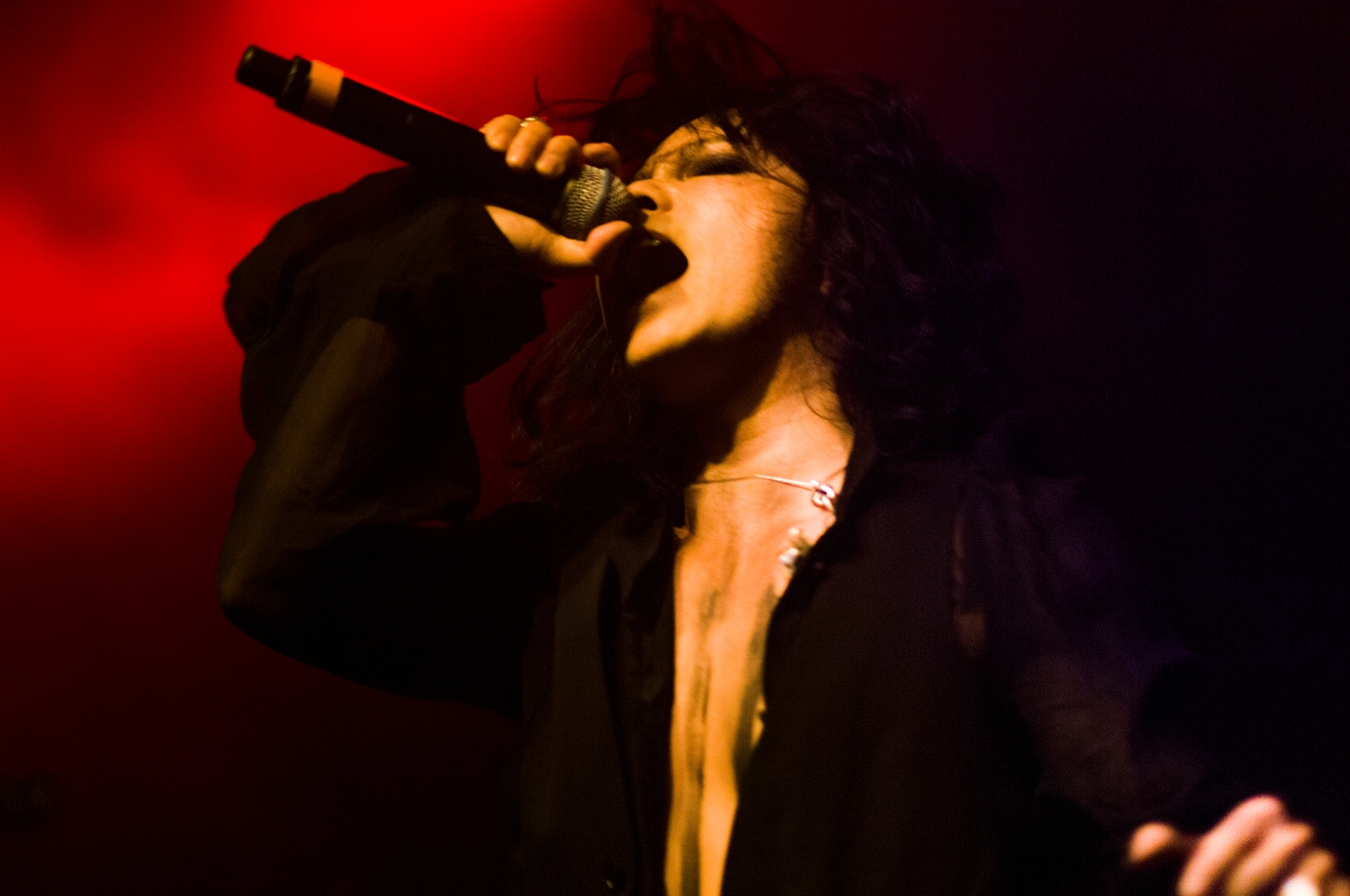 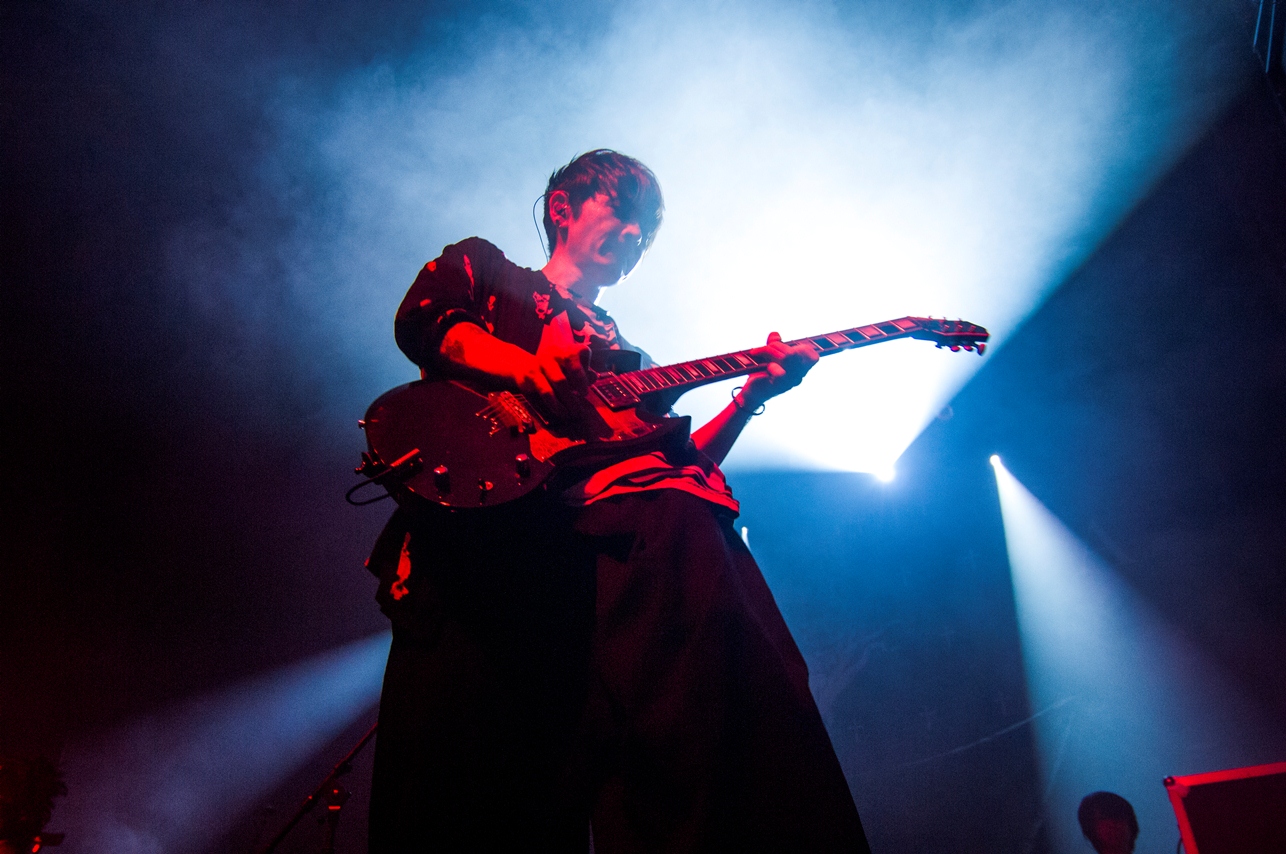