For the past decade, akai SKY have blended their American and Japanese rock influences to create the bilingual genre of American J-rock. The band recently released their third EP, Chasing Lights, and performed at AnimeFest in Dallas, Texas alongside the violin-and-cello duo Ramen and Rice. JRock247 recently talked to them about that special collaboration, Chasing Lights, and their current music and fashion influences.

What you motivated to move from covering J-rock songs to writing your own?

Hayashi: Covering songs is a great way for a band to have a catalog of music to play live. But, we all have such diverse tastes and no J-rock songs out today really capture the fusion of our own American and Japanese inspirations. If it doesn’t exist you create it, right? Playing your own music is the best way to express ourselves so it really seemed like the most natural progression. Not many bands have done this in America so why not be the first? I’ve learned a lot about music in general from covering songs, but you got to live and die by your own music and not rely on covers to keep people listening.

How does Chasing Lights reflect how each of you has grown over the course of ten years?

Ryuusei: Our recording engineer remarked that our songwriting had really grown since Heart, Attack! [their second EP, released in 2013]. I think we’ve really grown in how we develop our songs, particularly in the area of arrangement and with this release, adding different backing tracks. Individually, I think the individual parts we write have all gotten stronger and show more of our individual personalities.

Umi: We’ve built upon our previous experiences and tried some new things with Chasing Lights that we haven’t done before. Every time we do something, we try to make it a little bigger and better using what we learned from the process the last time around.

Ryuusei: My favorite song is probably “On My Way”. It really has an indie rock feel that none of our other songs have.

Jinra: “Marionette” is definitely my favorite song. It was a new type of song for us as all of our songs are in 4/4. It’s a very theatrical song as well, which really sets it apart from what we’ve done in the past.

Hayashi: That’s a Sophie’s choice question! I felt personally that I’ve had a hand in all the songs on the EP even if it wasn’t initially written by me so it’s hard to say categorically that one stands out above the rest. I like the drama of “Marionette”. I like the no-nonsense of “Fight On”. I like the imagery of “Moonfall”. I like the ambiance of “On My Way”. I really love all the songs we’ve ever written in different ways because one of our greatest strengths as a band is the diversity in our song writing. Maybe the other guys feel differently!

Umi: I think each song has it’s charm, but I had a lot of fun writing the bass parts for “Marionette” because it’s so waltzy.

Why did you opt for the video for “Marionette” to be animated?

Ryuusei: Part of this decision was financial. We really felt like we would be able to put out a high quality product on a limited budget if it was animated. And of course, we all love animation!

Hayashi: “Marionette” is a statement. It’s so very dramatic and theatrical and is maybe not a song that people would normally associate with akai SKY. Throughout our musical career people have always tried to tell us what we can and can’t do with regards to music, genre, language, look, etc. We have a very punk rock ethos. We do what we want. So what’s more punk rock than putting out a lead track where it has strings, choral singing, a music box, and organs in waltz time? From there, it was really easy to visualize how a music video could be set against that kind of robust sound. You can derive a lot of meaning from the song based on the lyrics that Ryuusei penned.

What was a stand-out moment from your performance at AnimeFest in Dallas?

Jinra: The best part about the show besides the show itself was the staff and the amazing people at Anime Fest. We’ve been to plenty of conventions and various other shows, but Dallas has been one of the most pleasant experiences any of us have had.

Hayashi: Playing with Ramen and Rice was definitely a high point. We’ve always wanted to collaborate with them and we’ve been talking about it for years and years but there was never an opportunity. Since we were both playing at AnimeFest this year it made sense for us to play a few songs in their set, and then they could play a few songs in our set. Lots of our new songs have strings in them so it was great to share the stage with the perfect string section. I’m a big fan of live music, so adding more live instruments to the mix is definitely a plus.

Ryuusei: I had an absolute blast playing with Ramen and Rice. There was one moment during “Marionette” where the lights were strobing and I felt like we were in another world of music!

How did you prepare for your collaboration with Ramen and Rice?

Hayashi: We spent a few weeks via email just trading ideas on what songs made sense. They sent us a list of songs they knew how to play, and from there we picked the ones from anime we love and that we could contribute to. I wasn’t really interested in playing a few guitar chords over violin and cello. It would be a disservice to this opportunity we had, so we had to pick songs that would be a true collaboration. For the akai SKY songs, we just picked the songs from the new EP. Being the great musicians Ramen and Rice are, they wrote some string parts for our new songs and then visited us at our studio for a few practice sessions to work them out. Hopefully the result was entertaining!

It definitely was! How do you approach planning a performance at an anime convention versus another gig like your EP release celebration?

Ryuusei: I would say we actually approach these pretty similarly. In generally, we shoot to play our hardest and give people a fun show. For an anime convention, we might prepare a cover of a popular anime theme song. 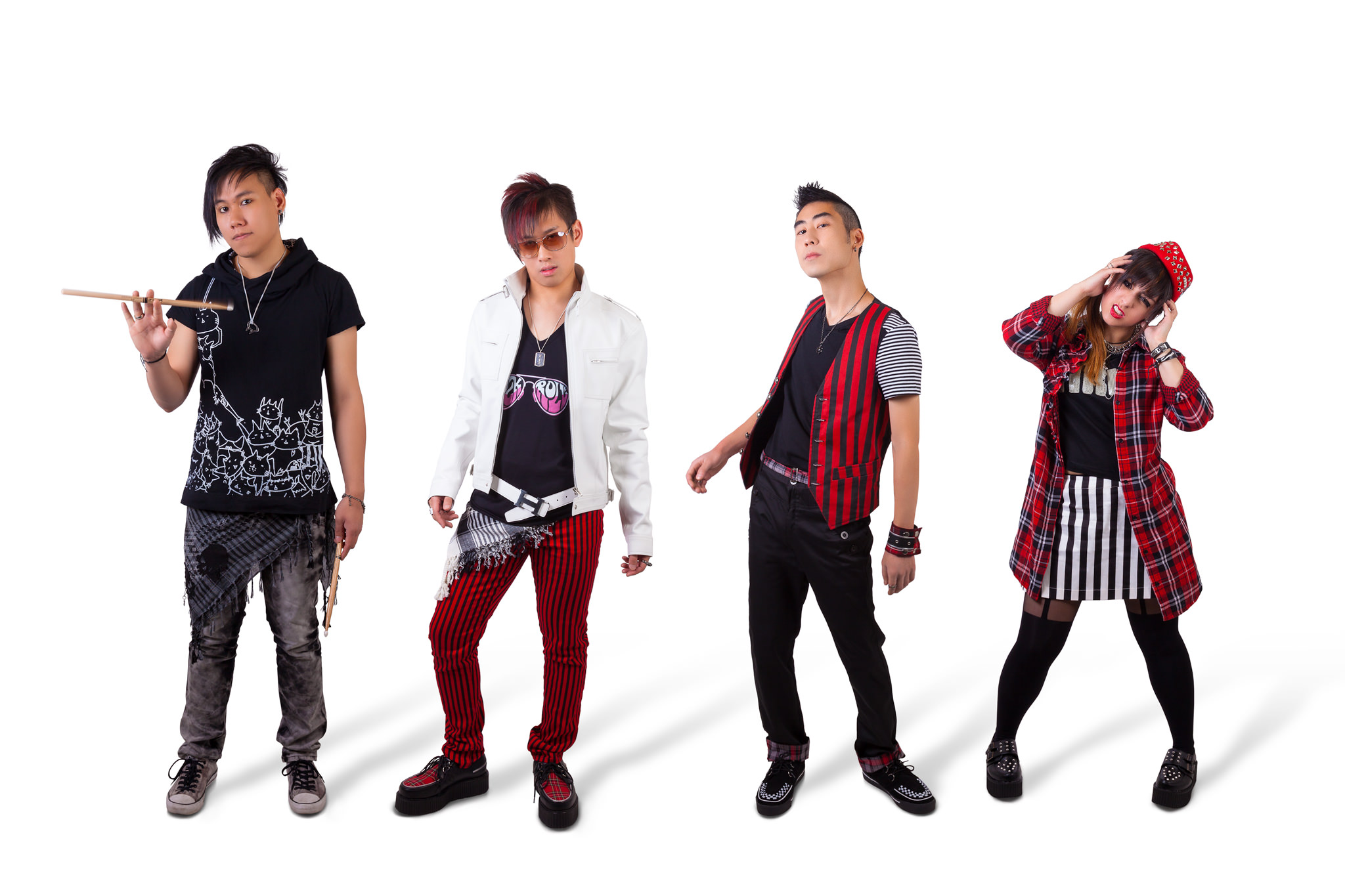 I noticed the lolita elements in Umi’s outfits. Do the rest of you have J-fashion influences?

Jinra: I used to be very influenced by visual rock and I still appreciate it very much; it’s just been hard to find the right type of clothing for my body type and it also leaves a big nice big hole in my wallet. Sugizo is one of my favorite influences for fashion.

Umi, are there other styles that interest you?
Umi: I used to be exclusively in love with Lolita fashion and wore it all the time for performances, but jumping around on stage under lights makes you sweat and after a while I just felt bad doing that to these lovely dresses. These days I don’t really limit my style to one thing and am constantly looking for inspiration from Dolly Kei, Gyaru, Mori Girl, Cult Kei and even Korean Ulzzang fashion, although I do get drawn to J-Punk and Rock styles the most. Lately, I’m into mixing pieces I’m in love with to create my own look.

What J-Rock bands are you currently listening to right now?

Ryuusei: Recently I revisited the first album by Thee Out Mods. I’ve also been checking out their new material!

Hayashi: It’s really hard for me to find new bands, but when I do, I like them a lot. On the rock side I’ve been listening to Blue Encount. Not sure if I dig their latest album though since they’ve went major. I know that sounds like such a music hipster thing to say. On the indie side, I’m really liking the artistry of Gesu no Kiwami Otome. Though they don’t sound like Tokyo Jihen, they have that certain super group quality about them. On the hip hop side, I’m loving the old R&B and dance feeling of Charsima.com. Talk about some talented OLs!

Umi: Lately, I’m having a lot of fun exploring The Bawdies’ discography. I’ve also been listening to No GoD, Keytalk and Shaka Labbits. 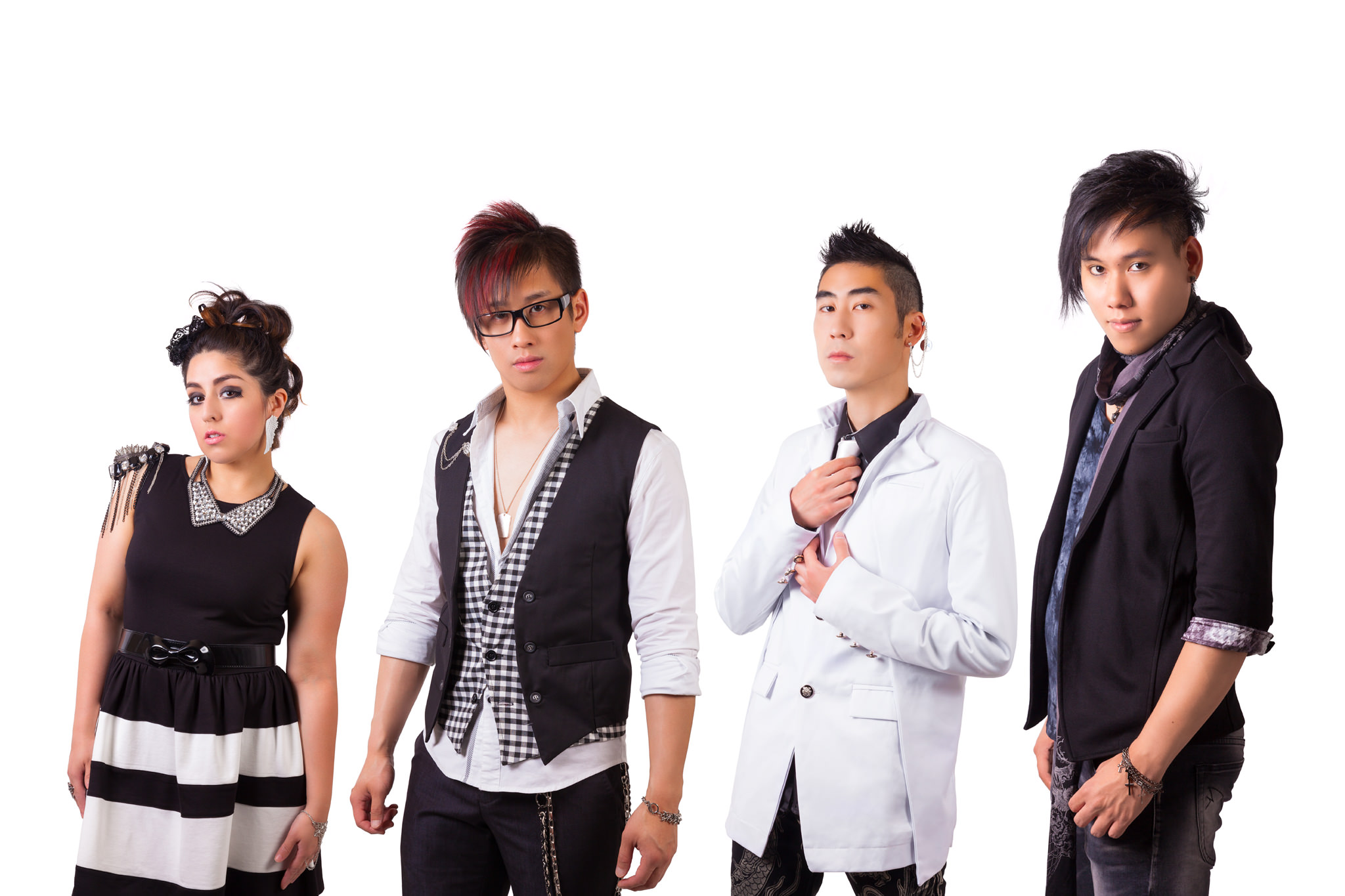 Since it’s October, I have to ask: what will each of you be dressed up as for Halloween?

Ryuusei: I’d love to dress up as Pusheen!

Hayashi: I don’t usually dress up for Halloween unless I’m going to a party. I have a Captain America costume that I haven’t worn yet so that might be in my cards if I play the game right. I have the huge shield in my living room! But I don’t have the Chris Evans blue eyes. Or height. Or muscles.

Umi: I may dress as the Log Lady from the cult hit TV show, Twin Peaks. If that falls through, I’ll default to a red panda kigurumi I bought at AnimeFest.

Jinra: I’m pretty lazy when it comes to dressing up or costumes. I’m just going to throw on a Monster Hunter Airou kigurumi and call it a day! 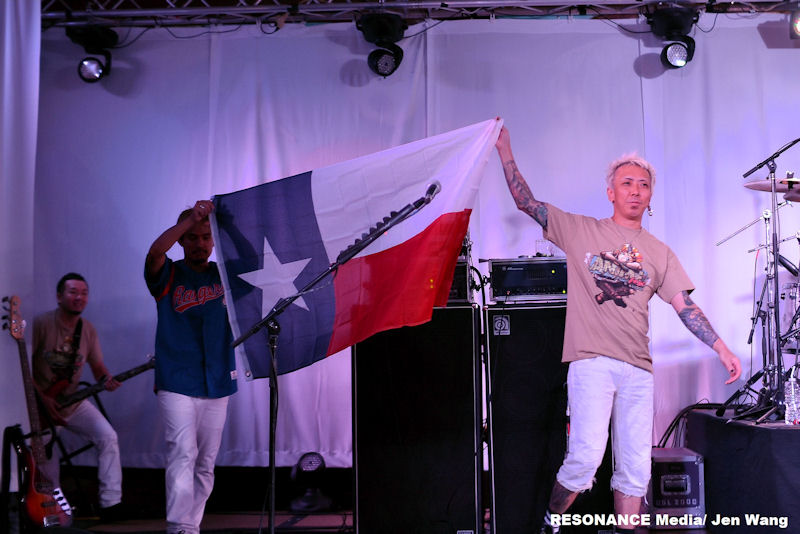