Japanese idol group Moso Calibration will head to London this July for Hyper Japan, where their exclusive overseas album GREATEST HITS WORLD ∞ SELECTION will be available ahead of its official UK and European retail release from August 4 through JPU Records.

Moso Calibration hail from Dear Stage, a venue situated on the back streets of Tokyo’s subculture haven of Akihabara, where the groups that perform are also the bar’s staff. It’s famous for being the birth place of cultural phenomenon Dempagumi.inc, who had humble beginnings at Dear Stage before going on to sell out arenas across the country.

Dear Stage is also known for having its finger on the pulse of the Japans ever evolving alternative pop scene, and sets its staff challenges to make sure they’re pushing themselves into new grounds. For Moso Calibration, they were given three months to create three CDs and sell 1000 copies of each, or their work schedule for the following year would be blank. They not only accepted the challenge, but smashed it with their concept of “MOSO EDM”, mixing electronic party music with fun dance moves and sweet lyrics. Skip forwards to present day and they’re now signed to major label Sony Music Records, have their songs featured in anime, and have dropped a number of bass heavy idol anthems with the help of BABYMETAL producer Yuyoyuppe (who goes by his electronic alter ego DJ’TEKINA//SOMETHING for the project).

GREATEST HITS WORLD ∞ SELECTION will be the first time all of Moso Calibrations singles since signing with Sony Music Records have been available in a single package. Boasting a total of 14 tracks, including one that has never been released in Japan, the collection is the ultimate starting point to enter the world of MOSO EDM.

On coming to London and releasing the album, Moso Calibration member Yumeko comments, “It will be our first time performing in London, but we’re not worried about our native languages being different! We’ll get the message across with our voices and dance moves! We’ll express all of our emotions in our performance and make it one that’s worthy for the world! We’re taking on the challenge!”

Blonde-haired member Mahiru cheekily concludes, “I want to improve my English so I can communicate better with you! Now that you’ve read my words, I think it’s destiny for you to come and see Moso Calibration at Hyper Japan!” 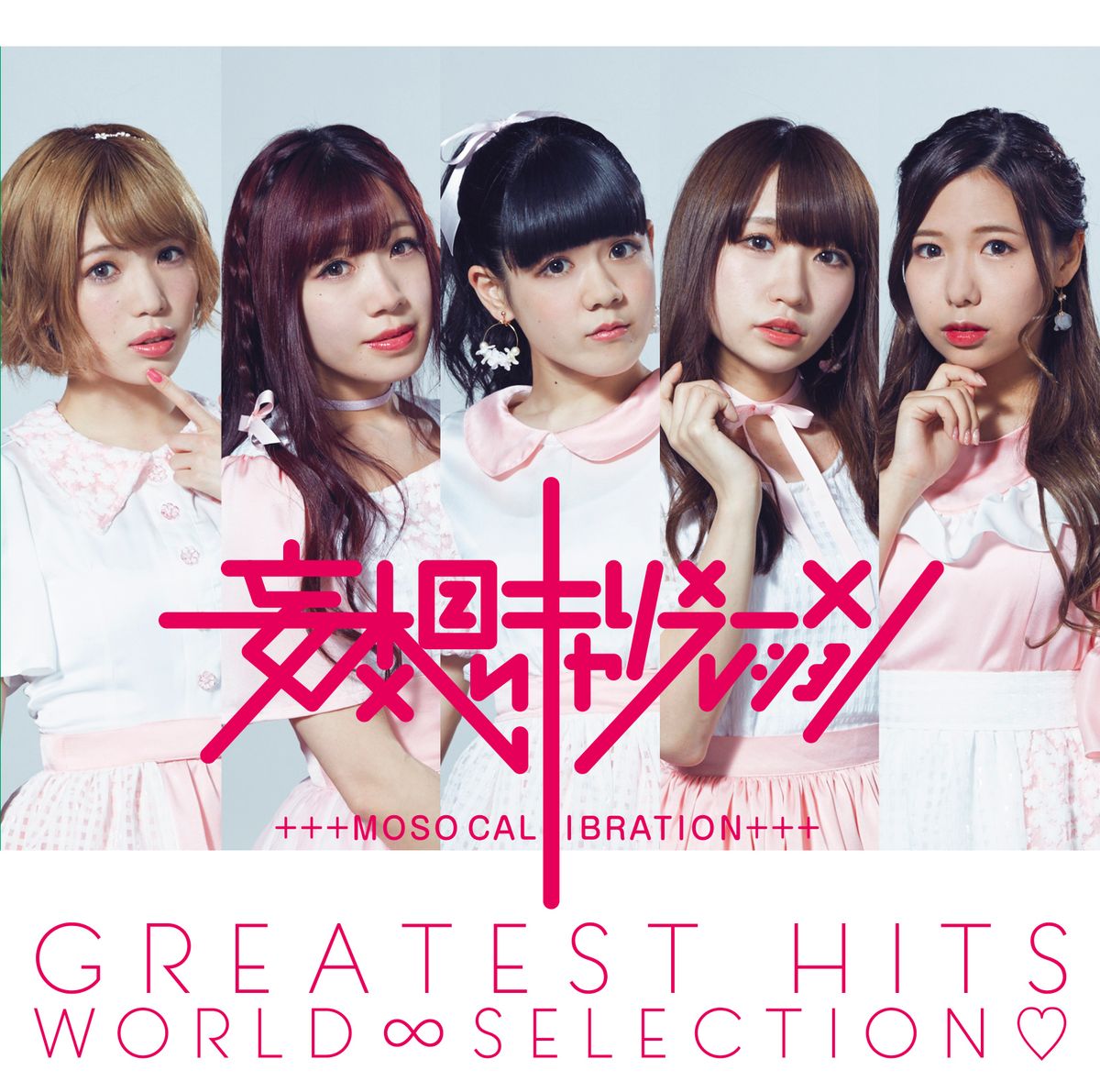