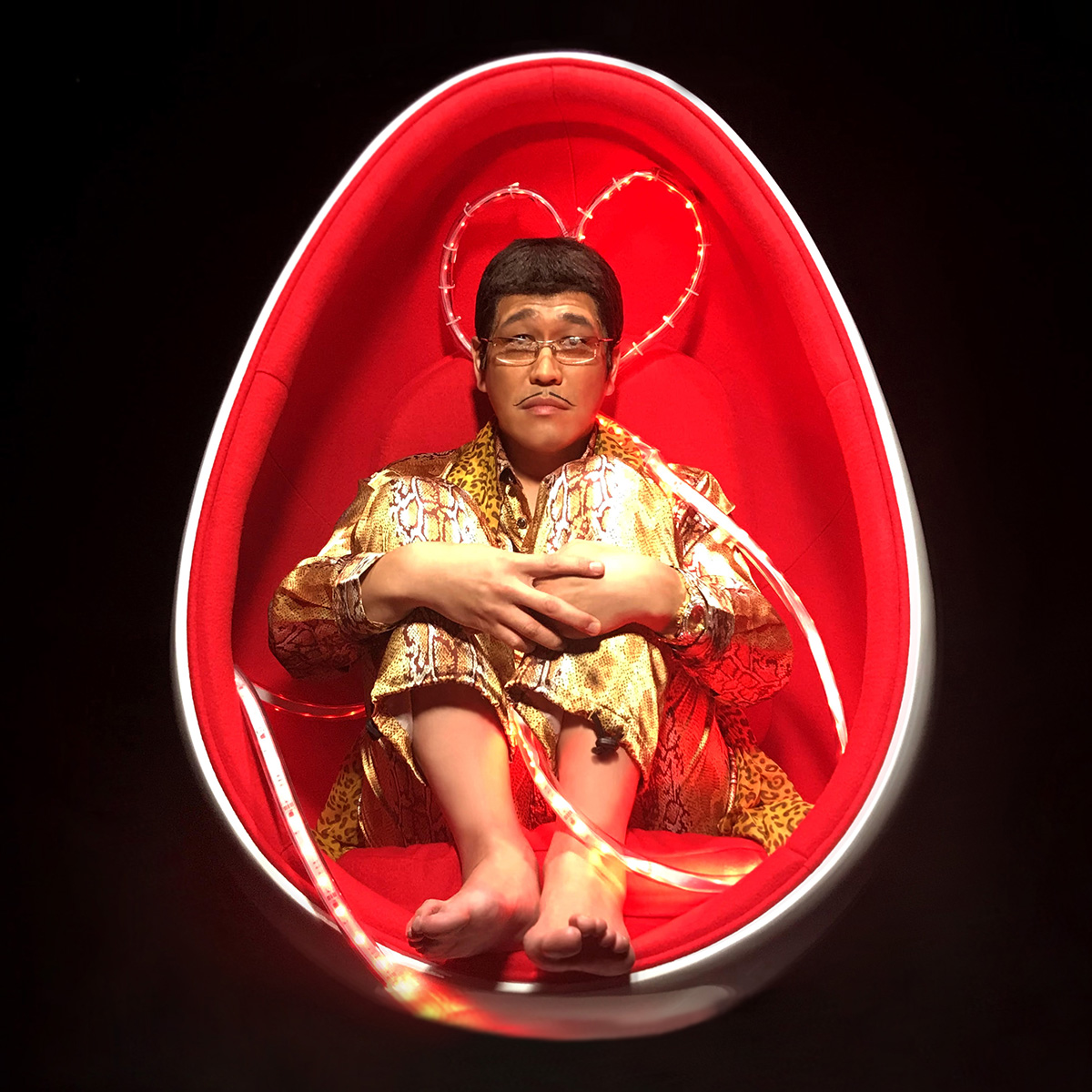 PIKOTARO, whose hit song “PPAP (Pen-Pineapple-Pen)” has been viewed worldwide 500 million times on YouTube and played 350 million times on TikTok, posted his new song “PPAPA (Perfect PAPA)” on his YouTube channel, portraying the performer as an unborn baby giving gentle advice to his father.

This song is a parody of Masasahi Sada’s famous 1979 hit “Kanpaku Sengen”, still widely recognized today in Japan. PIKOTARO parodied it as a father’s day song about the feelings of a baby from inside her mother. (The climax of “It’s a girl!” is a bit shocking to hear while staring at PIKOTARO’s mustached face.)

The song also features a verbal English translation by Miho Hashimoto. Since Kosaka Daimaou (PIKOTARO’s alter-ego) had his first child last June with new wife Hitomi Yasueda, this song is based on personal experience.

“It’s the longest song of my career, it’s over 6 minutes long! And, Miho Hashimoto-san’s translation! What a big event Pi! Masashi Sada’s special, one of a kind song… I’ll do my best introducing it to the world, Piko! I will put my heart into singing this song, Piyo!”