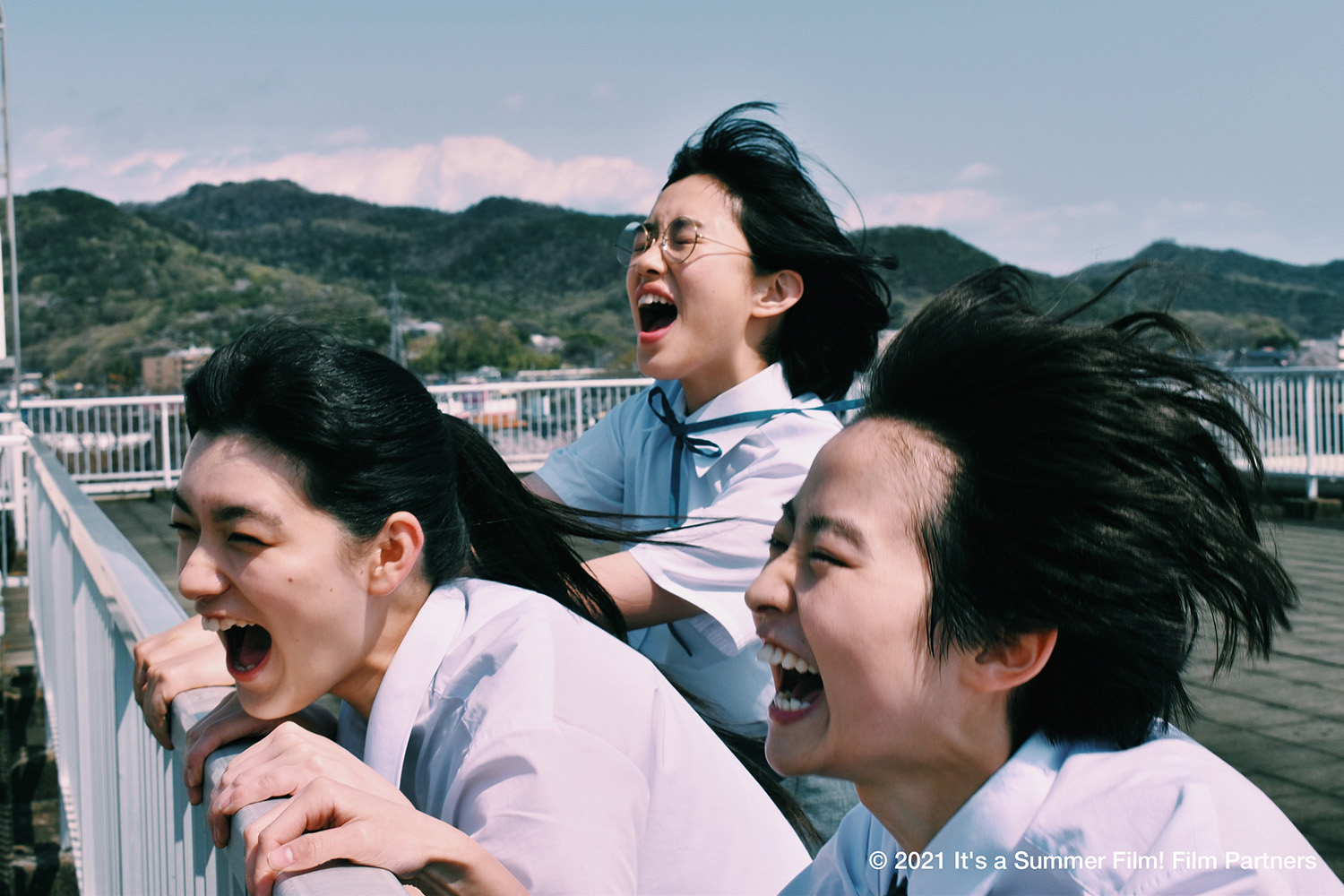 Fed up with her school film club’s sappy romance project, a scrappy high school student Barefoot (Nogizaka46’s Marika Ito) puts together a small band of outsiders to make her own movie. Her script is fueled by her passion for black-and-white samurai films of days past, shared by her two best friends Kickboard and Blue Hawaii.

They band together with the mission to beat their rival Karin (played by Mahiru Coda) at the school festival, but Barefoot just can’t find a lead actor who has has the dramatic presence and dreamy eyes she needs. When handsome young Rintaro enter her life, she think she’s finally found the right actor, but there’s a problem — he’s a time traveler from the future. 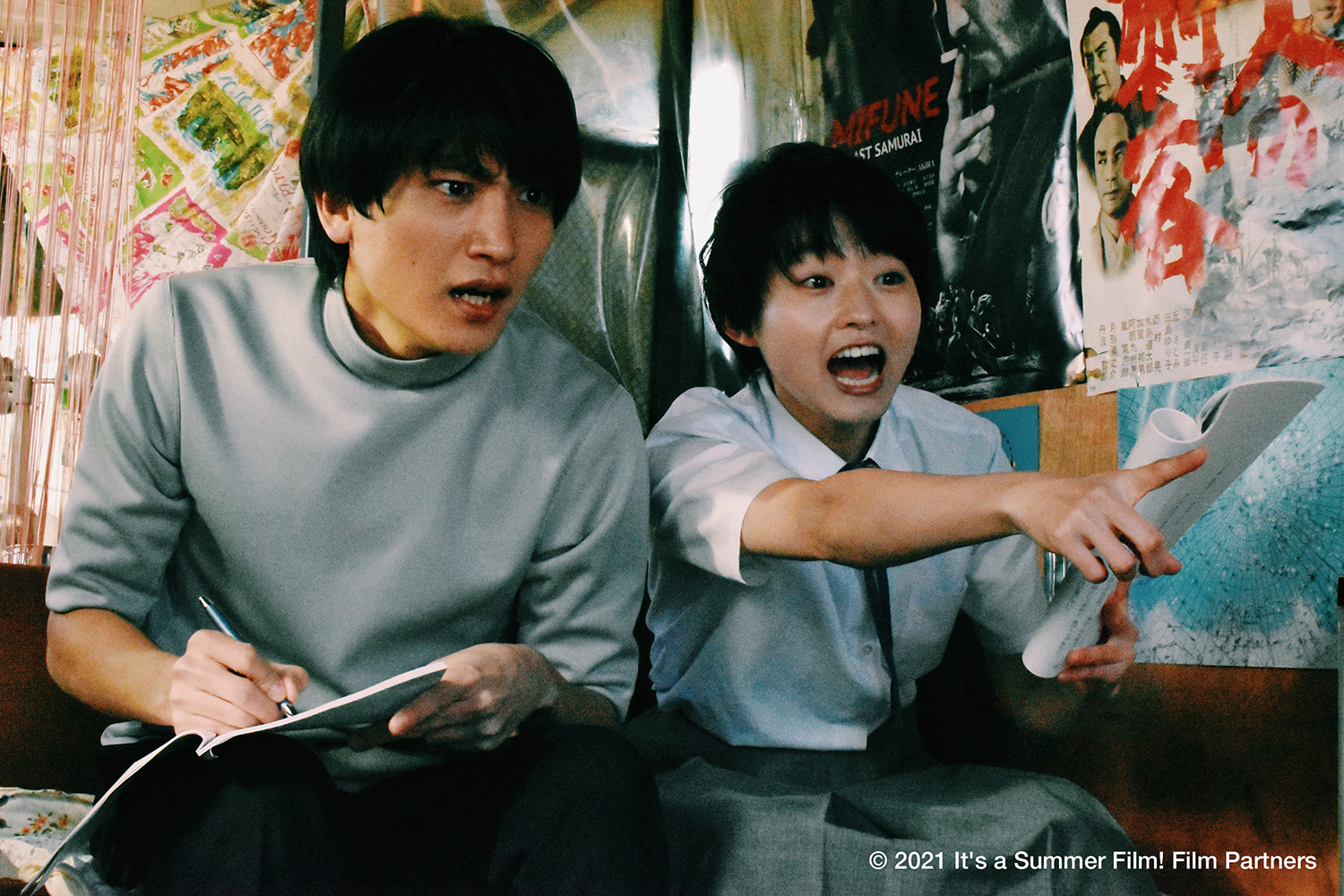 Directed with fresh energy by Soushi Matsumoto, It’s a Summer Film! depends heavily on the viewer’s love for the “magic” of cinema, which makes it a perfect selection for film festivals, where that sentiment is in full force. The script makes merciless fun of romantic comedies and of the fans who consume saccharine sweet romance stories on their phones. It’s a rather elitist point of view, since the “perfect romance” story is as much escapist fantasy as historical samurai showdowns.

Matsumoto fills the film with stylish camera work, balanced with moments where he has the confidence to just let the camera sit and capture the lovely and surprisingly understated cast performances. Ito is plenty spunky when she needs to be, but it fits her role as director-wannabe to demonstrate that kind of charisma. The supporting cast is full of charming comedic performances, especially Shunya Itabashi as the prematurely aged “Daddy Boy” and Kilala Inori as Barefoot’s staunch supporter (and closeted romance fan) Blue Hawaii. 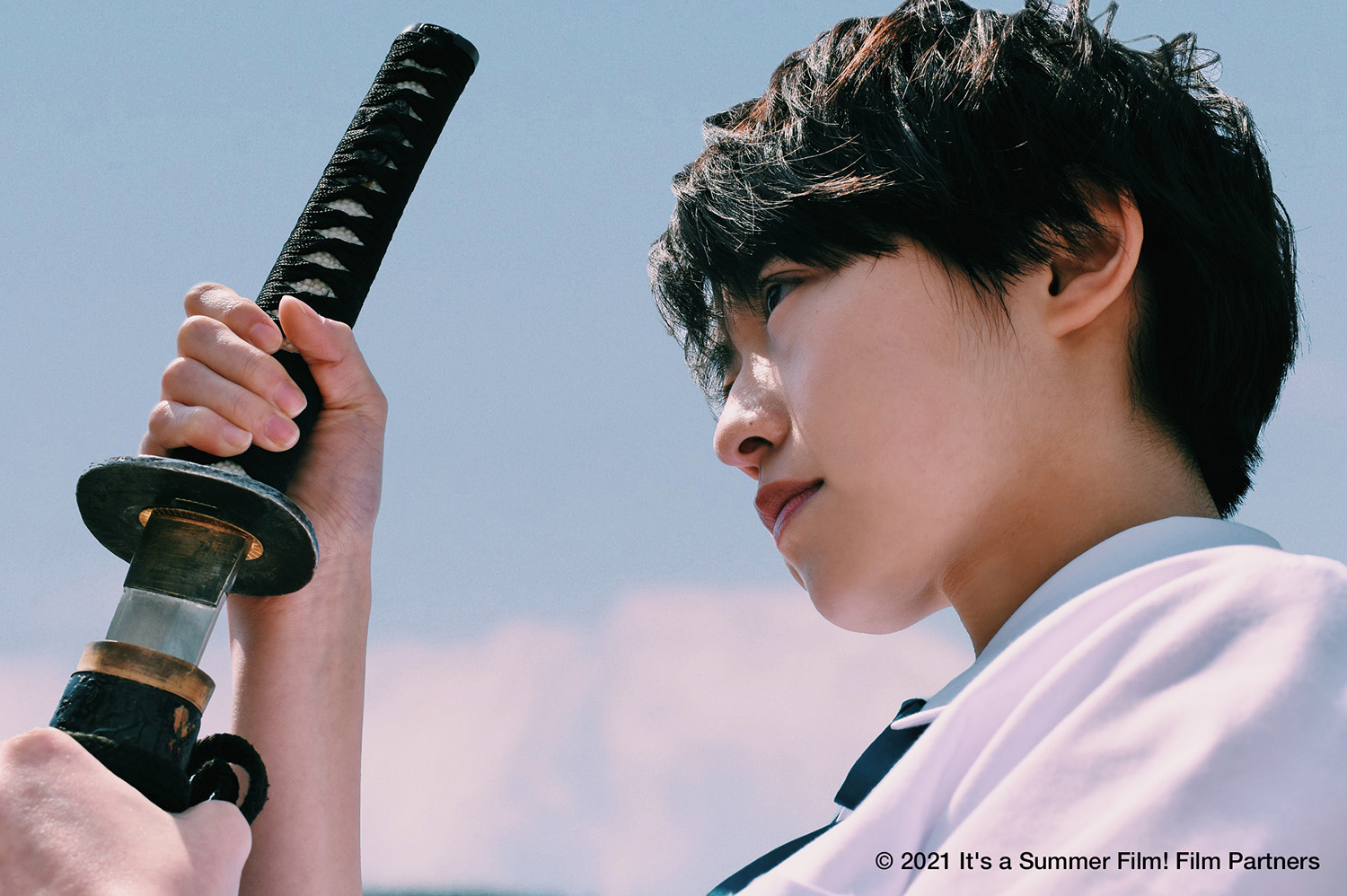 The cast and director save the film from its lukewarm script, which falls too often into familiar tropes of the determined indie film crew (complete with a team building montage and some outrageous DIY). Filled with endearing comedy, it still somehow loses the ability to laugh at its main character. Barefoot’s rivalry feels unjustified (Karin’s crew is visibly dedicated to doing a good job), and the suspense feels forced — nothing says that Barefoot will not be able to live a happy life if her iPhone film doesn’t succeed.

The time travel sub plot isn’t stretched out too much, but the urgency of the situation is trivial. In Bill & Ted’s Excellent Adventure, they at least had an urgent mission to “save the world”. Back to the Future gave Marty a literal life-and-death mission to save his parent’s relationship. In It’s a Summer Film!, it’s merely Barefoot’s selfish need to push away art she doesn’t enjoy to make sure people experience art the way that she sees it.

Even with a sometimes bumpy script, there are many fun scenes and a climactic speech straight out of those passionate J-Pop idol end-of-concert confessions which is simultaneously both absurd and endearing.

You can read director Matsumoto;s thoughts on the film in JFF’s interview here.