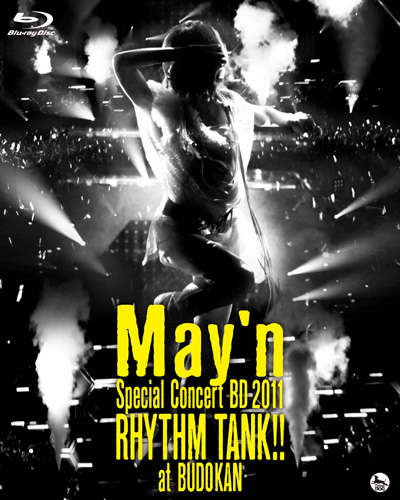 May’n’s power as a live performer keeps growing, and it’s the key ingredient to her rising success and legions of loyal fans all over Asia. Since her beginnings as part of HoriPro Agency’s Talent Scout Caravan, she’s lived up to her promise to give an unforgettable performance every chance she gets. She’s playing for keeps, and if you ever see her live interviews, you can see a determination and resolve uncharacteristic for such a young performer.

From the very beginning of this special concert DVD, she taps into a seemingly unlimited reservoir of energy. The loud shout of “BUDOKAAAAN!” coming out of her petite frame shows complete confidence, and as she launches into “Kimi Shinitamou Koto Nakare,” she just simply owns the place for the run of the this 2-hour+ live show.

For the first 2 songs, she holds the huge stage by herself until her band joins her in full force in “HERO”. It makes a big difference that she’s not just karaoke-ing her way through this show, and the live band energy amps up the excitement level. Pay special attention to the great guitar and keyboard work on “Kindan no Elixir”.

Her enthusiasm for the crowd at Budokan (her 2nd time selling it out) is nothing short of sincere, and she shows a lot of humor in her MC sections. “Budokan… tadaima!” she teases. There’s another fun section where she pretends she can’t decide which guitar player to use for the acoustic, jazz club style “Get Ready”.

May’n has a theatrical side, too. In “PARANOIA,” she acts out the lyrics, running all over the stage to play out the scene with complicated gestures and choreography. Later, she sails out into the middle of the crowd on a silver-beaded platform for “XYZ.”

Her ensemble gets in on the fun, too. For the piano-ballad “Funanori,” dancers in white move gracefully amid the smoke, follwed by a stunning prformance of “Shinjitemiru” (from INCITE MILL -7-Day Death Game-) where men in dark suits dance around flaming torches, taking the show from beautifull to eerie in the blink of an eye.

It’s not all high-drama, though. Mid-way through the show, May’n does a quick costume change, surrendering the stage to the band and dance team spotlight number “DANCE SHOW TIME!!” filled with vintage costumes, swing dancing, character skits, and flips.

The audience goes ape-sh*t crazy for “Lion” (from Macross Frontier). With dramatic lighting and a really passionate performance from May’n, this number is the show-stopper. It’s matched only by the encore performance of “Northern Cross” where May’n and her dancers rise up onto the stage hanging on chain-laden gothic crosses.

I watched the Blu-Ray release for this review, and the format really brings out the details in costume, lighting, and production design. This concert is just pure energy. 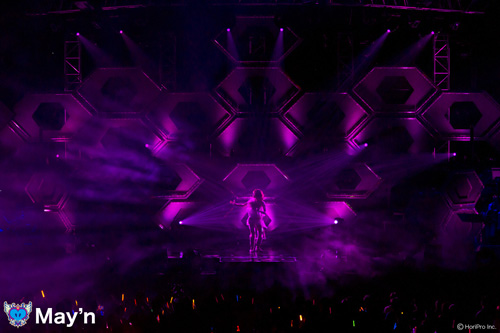 –
Check out the DVD extra documentary to see how much planning and rehearsal when into this show. You can see May’n working overtime with her dancers to prepare, what she eats to power up before the show, and watch her experience the set for the first time: “It’s so big!” She laughs. “Of course, for Budokan we have to do something special!” 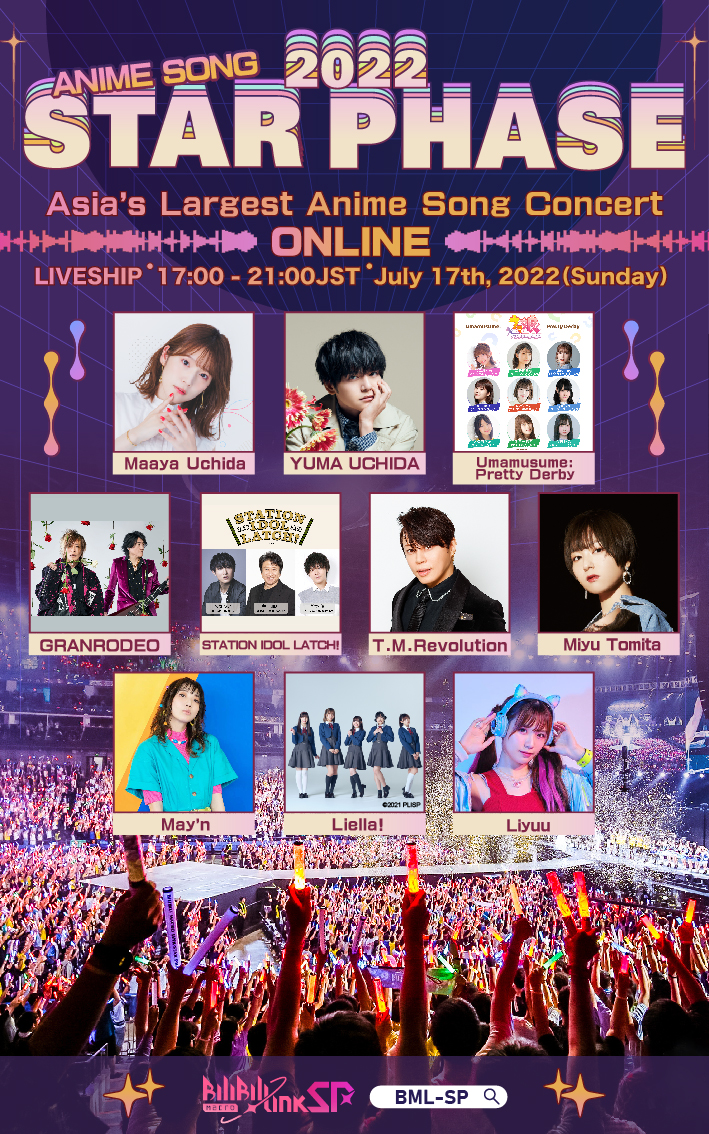 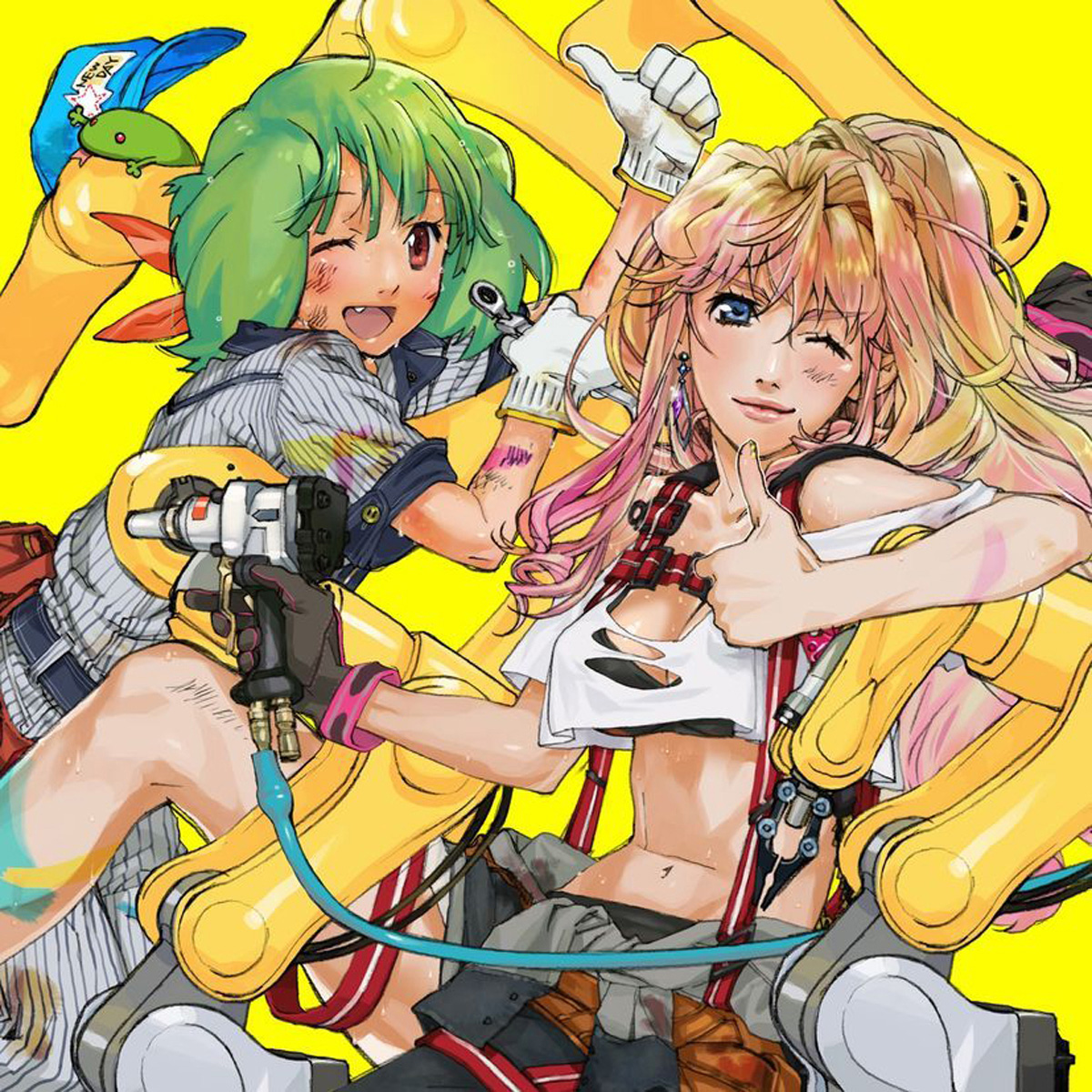