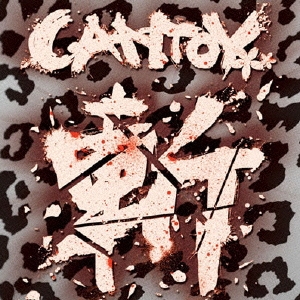 In CANTOY’s 2010 debut CD MissMatch!?, vocalist miri-pow was at the forefront, with her cute, pixie-ish vocal style giving the album much of its trademark spunk. With its mix of electronic sequencing and punk power-chords, their debut album on Splatter Records’ label showed great promise (with highlights like “LOUD UP!!” and “Super Drive”), but at times showed a imbalance that oddly befitted the album’s title.

Fast-forward exactly 2 years to the band’s sophomore album, brazenly titled KILL. Produced by ex-Ketchup Mania guitarist (and Splatter Records leader) Dai, the quality of songrwiting and production has escalated, and we’re hearing a sound on this CD that’s much closer to the band’s live shows.

With KILL, CANTOY has moved from pop-punk to full-on punk-metal, and this album is dominated by deep, menacing chords from guitarist/composer Catherine (“Casa”). Miri-pow’s frail but fierce voice shows a lot more confidence, honed by 2 years of non-stop touring in Japan.

The live house is definitely on their mind, and opening track “Samurai Girl” issues a verbal challenge to audiences everywhere. “This is our battleground! Are you ready?” growls bassist Haga-Chang, whose irreplaceable backing vocals also get a spotlight moment on “T.K.G.”

The sequencer elements are still part of CANTOY’s mix, but the balance is just right this time, mainly because the band is really cutting loose on the low end. “Alcholic People” (continuing the Asahi beer obsessions that first emerged in “Super Drive”) revels in long, extended chords backed by Ken’s full-force attack on drums.

KILL is an easy album to listen to on repeat. There’s a cohesive structure, a clear identity, and a no-filler running length of 30 minutes that’s perfect for a punk album. A strong and unapologetically aggressive step forward.