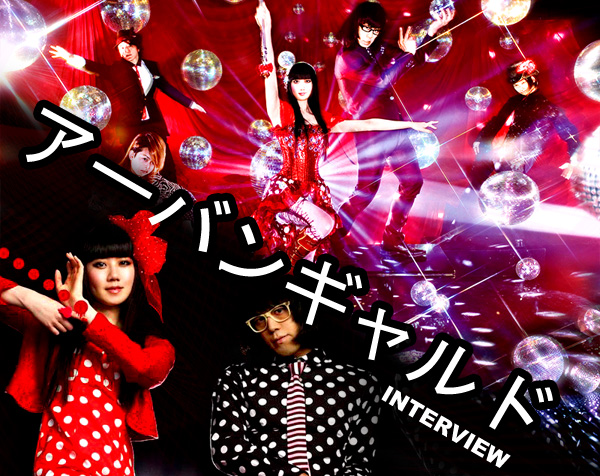 URBANGARDE might be the strangest, coolest band you’ll ever see, and considering Japan’s penchant for constantly raising the bar on the Weird Scale, that’s no easy feat.

Creating their self-styled genre of “Trauma Techno Pop,” the band first caught my attention years ago in the PV for “Sailor Fuku wo Nuganai de” (Don’t Take Off Your Sailor Fuku), in which the band’s singer Yokotan wakes disoriented on a Tokyo street, has a miscarriage, and then launches into an all-out bloody sword battle with her gigantic mutant baby. Since then, URBANGARDE’s grown even bolder, with music videos featuring flying sperm, head-twisting exorcisms, and bleeding-eye idols.

After a while, it all (oddly) starts to make sense, and that can be scary in itself. I interviewed the band’s vocalists Yokotan and Temma after their 2012 performance in Paris, France, at TGS.

Do you have to be crazy to understand URBANGARDE’s music?

YOKOTAN: Not at all. I think that we sing about the emotions anyone could experience. However, I think there are many listening who might who “want to” be crazy.

TENMA: I have no intention of creating something crazy or insane. If our creations look that way, maybe the world is insane! It’s URBANGARDE’s philosophy to be universal. We want to be the light that shines on the darkness reveals the true nature of this era.

How would you define URBANGARDE’s style?

YOKOTAN: We want to be “POP.” No matter what kind of expression or style we might try, I feel bored if it’s not POP. Since we live in the modern age, POP is the best fit to embody our times.

TENMA: POP music. Just as Andy Warhol put all the irony into POP art, we chose music to “explode” or “POP” our current era in time. Our music is called trauma techno POP. The “Trauma” part is simply the inevitable hardships we all find in life.

There’s a lot of blood in your music videos. Why is blood so important to URBANGARDE?

YOKOTAN: Blood is flowing in our bodies now, right this second. We sometimes forget this fact. We take it for granted that we live everyday, or we think there’s always tomorrow, so we don’t want people to forget that this precious thing is moving inside us all the time.

TENMA: Blood is the outpouring of life, and it’s the visual effect that can express life most emotionally. There are two sides to this world. The body is covered by skin in the same way an internal organ is covered with blood. To visualize the true essence of a thing, it must always be accompanied by blood. When creators create, they shed blood. 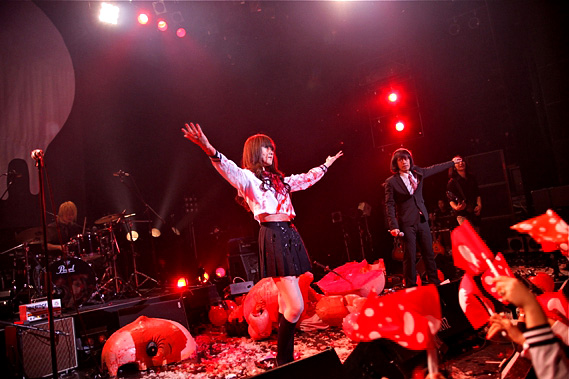 Besides the frequent occurrence of blood, Yokotan’s usually fighting someone or something in the music videos. Is there a message in this? Are women always under attack?

TENMA: You can take it like that, but there are multiple meanings.

YOKOTAN: People are always fighting against “something” in their lives. It may be oneself, the society, the family, the partner, or strangers. By continuing to create, we keep on fighting so we can meet “our best work.”

TENMA: There’s a “shoujo (girl)” religion unique to Japan which has the sailor uniform and straight black hair as its icons, and you can’t separate those from sexuality and gender. In Japan’s case, it’s not only the demand from the male side, but also the female side has the desire to be young and to remain as a girl. The Loli-con/Lolita complex is shared by both genders. This is based on the sense of beauty in this country centered around being a girl, and youth isn’t a weakness but sometimes a strength. All of the main characters of the Japanese anime and manga are boys and girls. We took these traditional expressions, and we cannibalized them for our PVs.

What is the Kewpie Doll’s connection to URBANGARDE?

TENMA: The Kewpie is an icon for a baby, and it’s a POP art expression of an baby created by our society. Thus, the Kewpie is a child given birth by the urban city. I think it’s a proper character for URBANGARDE which blends alternative viewpoints and the urban area.

Recently, URBANGARDE did a tour of Japan: the Byouki no Sairai Tour. What great experiences did you have?

YOKOTAN: It’s very touching to communicate with our fans in the areas we usually don’t visit, even though we all live in Japan. Meeting the people we want to meet but can’t is one of the thrills of a tour. It feels like the “music” sinks into my body more as we perform together as a band.

TENMA: URBANGARDE has been developing a band-like sound structure as we age. With this tour, these were the days we improved our skills as a live band. Nowadays, we can copy CDs, and now they’re just one piece of information rather than a thing. So, the strength of the real live shows and events has been growing. Live shows are necessary for the listeners to experience our true essence.

And after that, you did your first live in Europe. Tell us about your experience in France.

YOKOTAN: I felt that France is a country of affirmation. I was moved to see people being confident about what they like, and I felt that they completely enjoyed our music, which is thought to be very unique. Since we performed at a game show (TGS), we saw people who love the Japanese subculture — fashion, manga, and games. I was really glad. Also, I felt that it’s a country that values communication very much. I realized that music is a part of communication.

TENMA: The French culture is based on fetish and an exquisite aesthetic. I felt that our music was accepted without any feeling of strangeness. I was amazed by the fact that J-POP has been accepted as Japanese subculture followed by manga, anime, and games, I hope to establish our presence in the world as Japan’s “real” music. 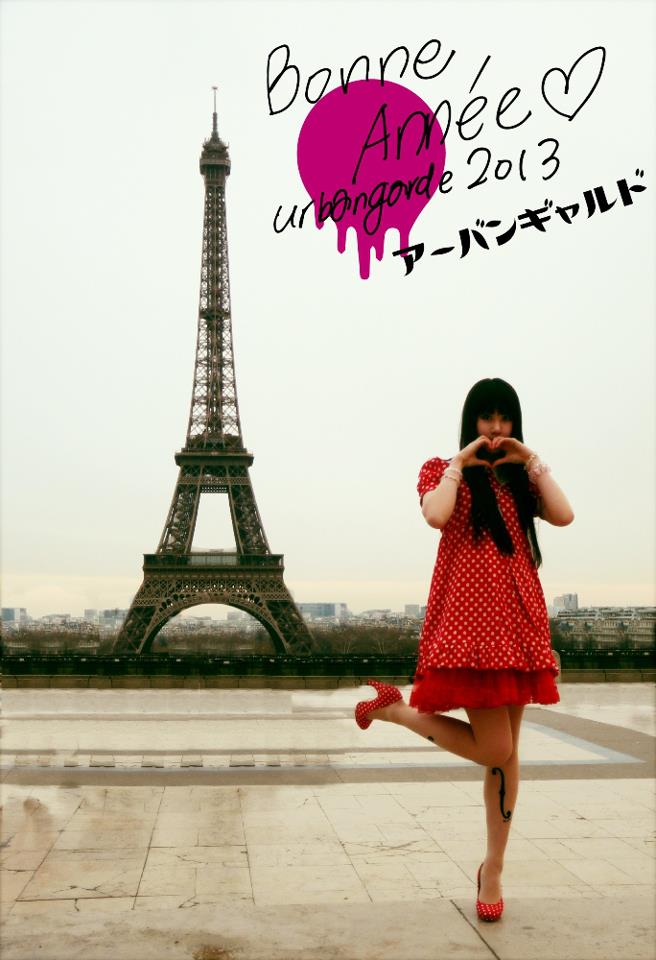