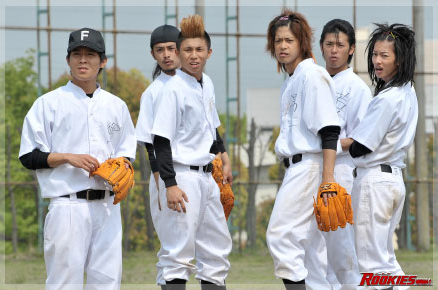 SUMMARY
Harassment of the baseball club escalates as their clubhouse and classroom are vandalized by unknown enemies. Shinjo (Yu Shirota) tracks down the culprits and challenges the gang to a fight. Shinjo’s friends aren’t about to let their friend defend their honor alone, and they rush to his aid, but Kawato (Ryuta Sato) stops them first. He insists that they defend their club with honor, and designates the inevitable rumble as a “club training activity.”

Principal Murayama (Masato Ibu) has had enough, and he wants to expel the whole whole team, but Kawato takes responsibility and bravely challenges Principal to defend his students. Shinjo and Aniya still aren’t ready to commit, but Aniya’s getting fired up enough to coach the neighborhood kids.

The power of this episode is how it reveals the true essence of this team. You can see that these aren’t new relationships, but strong bonds that have been reawakened by a shared passion. There’s plenty of fun banter and some great comedy as they band together to “recruit” more players for the team. Even Kawato is coming back into his own, as he gains strength from the trust he’s built in these young, rough students.

Kawato knows that everyone’s waiting on Aniya, and fellow teacher Mayumi (Kazue Fukiishi) wisely points out that Aniya is the one who’s set his bar the highest. Aniya knows what it takes to win, and he won’t commit until he’s sure he won’t be let down again. 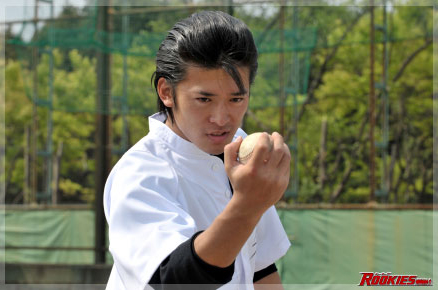 Kawato challenges Aniya’s skill and pride by daring him to a one-on-one game — with one bucket of balls, Kawato swears to deliver three strikes. If Kawato wins, Aniya will re-join the team, but if he fails, Aniya makes him swear to give up his position as the baseball team’s advisor. 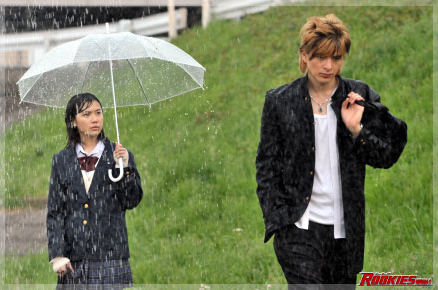 The scene is played for extreme dramatic effect in the rain as Shinjo watches from the distance. Kawato’s determination to break through Aniya’s protective wall of denial is emotionally gripping, and Hayato Ichihara’s performance is amazing as he fights himself, his past, and Kawato’s relentless optimism all at the same time. 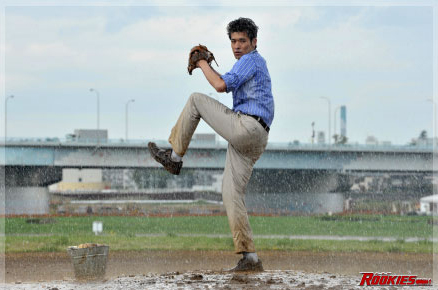 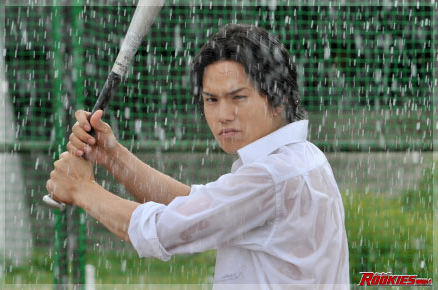 Aniya hits a home run with his final swing, and Kawato crumbles to his knees, spent. The next day, Kawato prepares to resign, bracing himself for the team’s disappointment, but Aniya arrives in uniform and changes his winning condition: instead of quitting the team, he orders Kawato to finally learn all the baseball rules so he doesn’t embarrass them at the game. 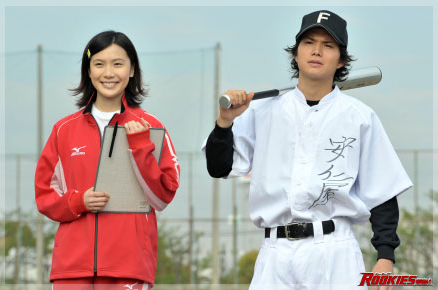 POWER OF PURIKURA
Shinjo’s holding that club photo pretty tight — the joy in that memory is the key to his passion. It might seem like a frivolous detail at first, but the more you see Shinjo use his strength for violence, the more peculiar it is to see those same hands hold such a delicate, paper-thin memento with such care.

O SOLO MIO
Hiratsuka (Kenta Kiritani) takes up the Spanish guitar to pursue Toko (Eri Murakawa), until she joins the team as manager. Kiritani’s crooning in the bathroom is amazingly awful and funny. 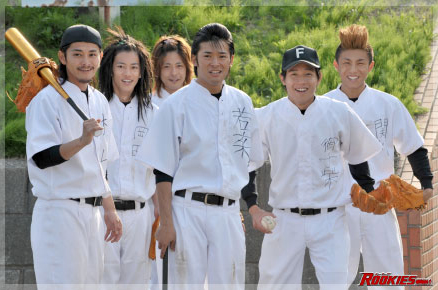 PERFECT PITCH
The climactic pitch-out scene with Aniya and Kawato is top-notch on all levels, and it’s one of my favorite moments of the entire series. Acting, writing, direction, and score — everything works together here. Measured and perfectly paced, intercut with flashbacks and images of the baseball team’s daily struggle to rebuild their former pride, the sense of risk and the value of brotherhood builds up the tension. Even though I knew it was coming, I still took a breath when the final three balls hit the mound next to Kawato’s feet. All-or-nothing moments like this are what great dramas are made of.