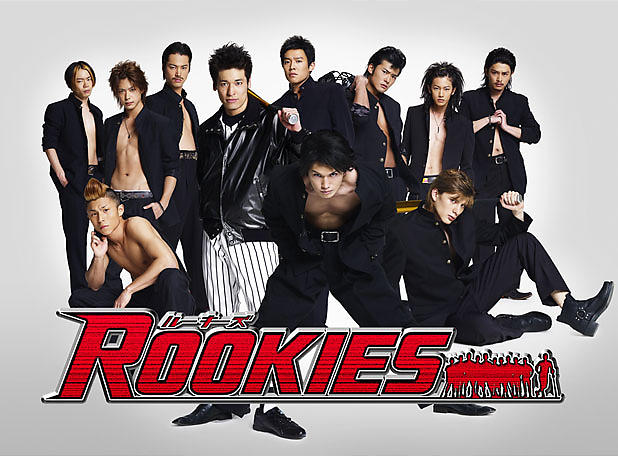 SUMMARY
High school teacher Koichi Kawato needs a second chance. After a violent self-defense incident at his previous school, he’s all but exiled from his chosen profession. When he’s hired by a new school, he decides to give all he’s got to this opportunity to redeem himself. Our first look at Ryuta Sato as the series’ main character is Kawato speeding on foot to get to his school on time, so much in a rush that he’s lost his necktie on the way. 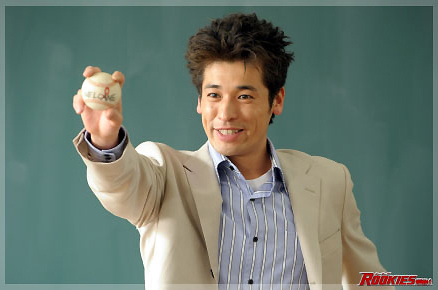 The senior class of the baseball team has just finished a rough summer. After a terrible brawl during last year’s finals, the school’s baseball club was suspended for 6 months. Without a school sponsor or the opportunity to practice, the star players have all quit the team or changed schools, and the remaining members don’t see any future in playing ball. 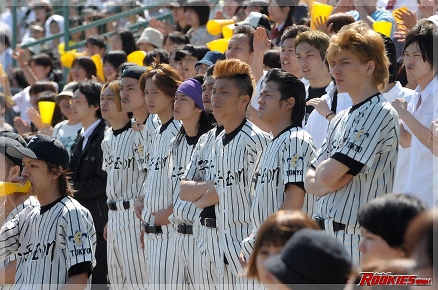 Instead, the boys convert the baseball club room into a den of teenage vice, with gambling, sex, and cigarettes filling their time until graduation. Young dreamer Mikoshiba (Keisuke Koide) decides to quit school to find a salary-man job somewhere, in th hopes that he can play ball again as part of his future company’s team. Kawato chases him down and promises to take over the baseball club sponsorship so Mikoshiba can play again. Kawato won’t tolerate even one student giving up on their dreams, and he makes it his mission to win over the remaining club members. 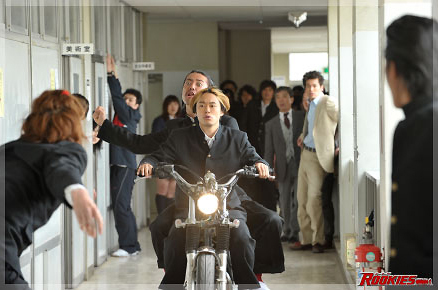 Kawato’s so obsessed that he memorizes all the team members’ names on Day 1, staying up at night to match their names to their yearbook photos. He gains the key to the clubhouse and clears out all the junk, determined to start the change with their environment. The team members aren’t won over so easily, and they literally fight back against Kawato’s persistence. 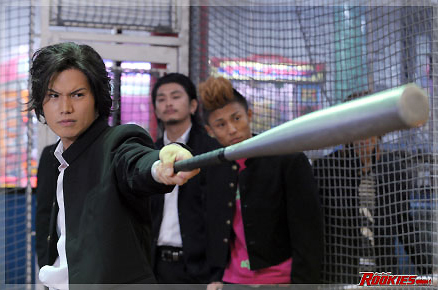 Pitcher Aniya (Hayato Ichihara) spends his night beating up rival thugs at the batting cages before going home to help in his father’s store. Shinjo (Yu Shirota) is determined to physically destroy anything or anyone that threatens to wake his dreams from their slumber, pounding his fists into walls, his fellow teammates, and even Kawato himself.

The violent confrontation between teacher and student is exactly what the school principal Murayama (Masato Ibu) has been hoping for. Just the sight of the thuggish baseball team makes his skin crawl, and he’s hoping this volatile combination will result in a public blow-up that will give him no choice but to expell the boys and banish the team permanently. 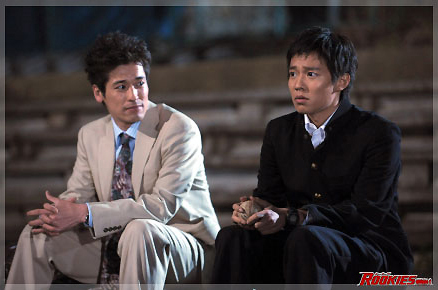 Kawato’s rooftop confrontation with Shinjo is the turning point. He takes the worst punishment Shinjo can give, enduring punch after punch to show these young men that their spirit doesn’t have to admit defeat, no matter how painful the journey. 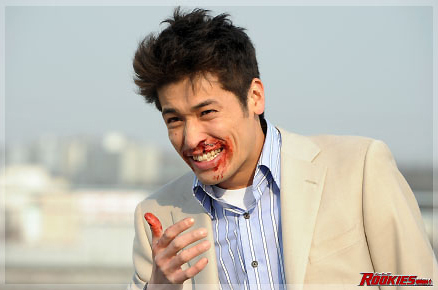 WHAT’S GOOD
Ryuta Sato plays Kawato as a pure optimist, and he’s going to need that optimism to reach the 10 young men who’ve put up thick walls to protect them from the pain of broken dreams. His goofy grin, a staple of his comedy work, balances out a completely convincing dramatic performance. If the audience doesn’t buy his sincerity, then neither will these jaded, broken-down teenagers. Sato’s performance is absolutely a winner, and he took home Japan’s Television Academy Award for this role.

WHAT’S FAST
Sekikawa (Akiyoshi Nakao), brandishing a killer blonde mohawk, takes out his frustrations on a stuck-up teacher by blowing away the entire school track team, even giving them a head start. It’s a fun moment that shows Sekikawa may have quit the team, but he hasn’t lost any of his pride.

MONTAGE-A-RAMA
There are a lot of handsome young men in Rookies, and at least once-an-episode there’s a moment where we see individual reaction shots from each character. It slows down the pace a little, but if you’re familiar with Japanese drama, you know that’s spelled S-E-R-V-I-C-E.