SUMMARY
Fresh from their victory over their old nemesis, the boys seem to be on a solid run as they chalk up wins and improve their skills. The team visits a shrine together and says a prayer for their future victory.

However, the rest of the world isn’t so eager to forget their violent past. Mikoshiba (Keisuke Koike) endures shameful catcalls during the regional drawing that will determine Nikogaku’s bracket for the championship tournament, and the team itself becomes the target of a newly transferred street thug Kamisaka (Kaname Endo) who’s looking to battle the once-violent boys to prove his street cred. 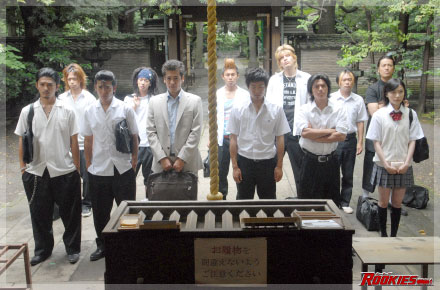 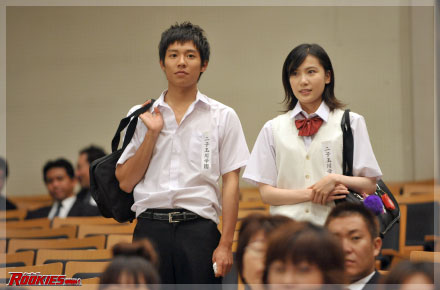 The team keeps their tempers in check when openly challenged by the destruction of their beloved playing field and clubhouse, but even Kawato’s (Ryuta Sato) optimistic speeches fall flat against this new challenge. The new gang baits them into a fight by ambushing gentle-natured Imaoka (Hiroyuki Onoue), and the entire school witnesses the incident. Kamisaka gets into a one-on-one fight with Kawato, who bests the young man in karate. Kawato encourages Kamisaka to gain the power he desires by through his passion for martial arts instead of criminal violence. 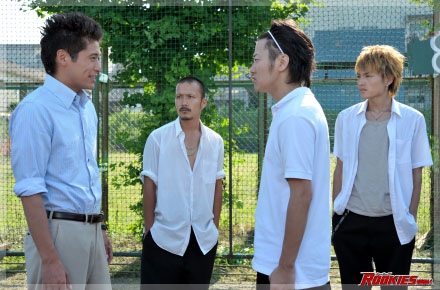 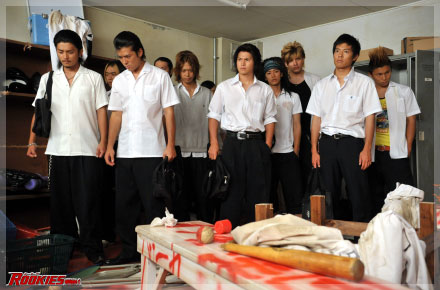 TOO LITTLE TOO LATE?
Kamisaka as the new antagonist isn’t much of a challenge, and there’s no consequence for the team getting sucked into the violence they seem to be so desperately avoiding. The young gangster wanna=be is in and out of this episode too quickly for us to fear him. 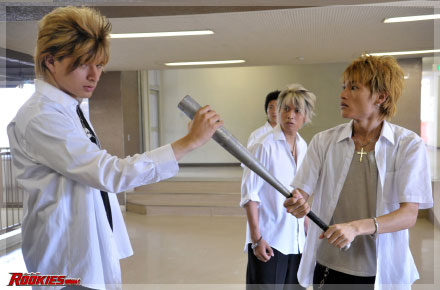 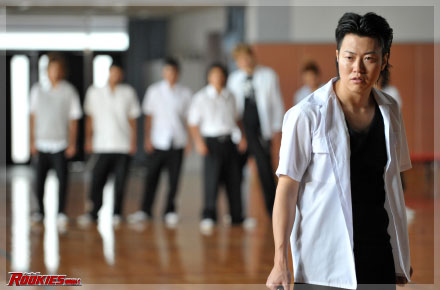 DONE SIMPLE, DONE RIGHT
The can’t-miss moment of this episode is the great one-on-one scene between Mikoshiba and Kawato in the clubhouse, as Mikoshiba struggles with the humiliation of their vandalized uniforms and equipment. “Why should we keep going?” he asks, when everyone still sees them as shameful punks who will ruin the integrity of the high school tournament. If other schools and even their own classmates still target them for ridicule and violence, can they ever be truly free of their past? Kawato advises him to rely on his friends for support, that even more trials will come as they grow into young men who can be proud of themselves. It’s really a pleasure to see these two great actors work, and Kawato’s prophetic mention of “two outs, bases loaded… there’s always a chance for one more hit” will come back into focus by the series’ end. 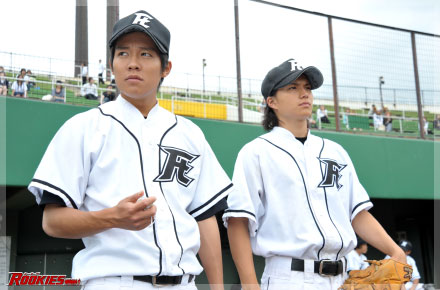 LETHAL WEAPON
During the school-wide brawl, Hiratsuka (Kenta Kiritani) is a lethal weapon… all by himself. The school’s furniture will forever love in fear. 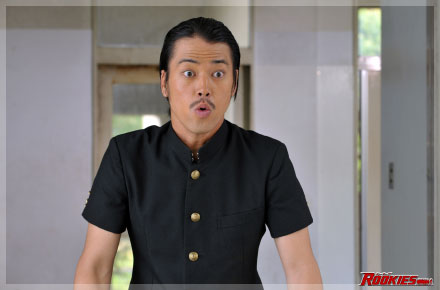 FIGHT CLUB
Kawato gets beat up quite a lot throughout this series. How many times can a teacher be attacked without someone taking notice?