Winner of the third Animax Anison Grand Prix, Sayaka Sasaki has become a familiar voice in anime. She sang the themes for Tatakau Shisho – The Book of Bantorra, Nichijou – My Ordinary Life, and Garo: Honoo no Kokuin to name a few. She has teamed up with her fellow Grand Prix winners to form the group A7 and more recently collaborated with gothic metal band Yōsei Teikoku. As part of the 2015 Ani-Song World Tour, she will be performing in Las Vegas on January 16 and 17.

What made you decide to compete in the Anison Grand Prix?

Sayaka Sasaki: It’s very rare to have a competition that promises the winner will have a major debut as an Anisong singer. However, this competition kept its promises with the winner of the 1st and 2nd competitions actually making major debuts. So I put my whole trust in it. I remember thinking that this was the biggest opportunity I’d ever have to reach my dream.

How did you feel when you were announced as the winner?

Sayaka Sasaki: I had the motivation of “I must win!” more than anybody, but I didn’t feel very confident while I was listening the performances of other competitors. There were a lot of good singers! I thought someone else would win, so I was so surprised and happy when they announced my name!

What inspires your lyrics?

Sayaka Sasaki: When I write, I always look for a way to join my feelings from my experiences with the message of the new song.

Your latest single “CHIASTOLITE” has a heavy metal sound. Were there any challenges in adapting your vocals to that style?

Sayaka Sasaki: I tried to let go of my control a little, not to be so cool and neat, but rough and harsh instead. Maybe a little wild.

What anime or game theme song would you like to do a song for?

Sayaka Sasaki: The songs from the Pretty Cure and Kamen Rider series!

What is it like performing in a group with AG7 versus singing solo?

Sayaka Sasaki: When I’m performing solo, I have to maximize my talent and character. As a part of AG7, I think about the same things, but I’m working with the other members to coordinate their talents with mine, adding and subtracting my energies at the right times.

I read that you have a radio show. What’s the most fun about being host of your own show?

Sayaka Sasaki: When I receive requests from listeners and talk about good old anime series with the staff. 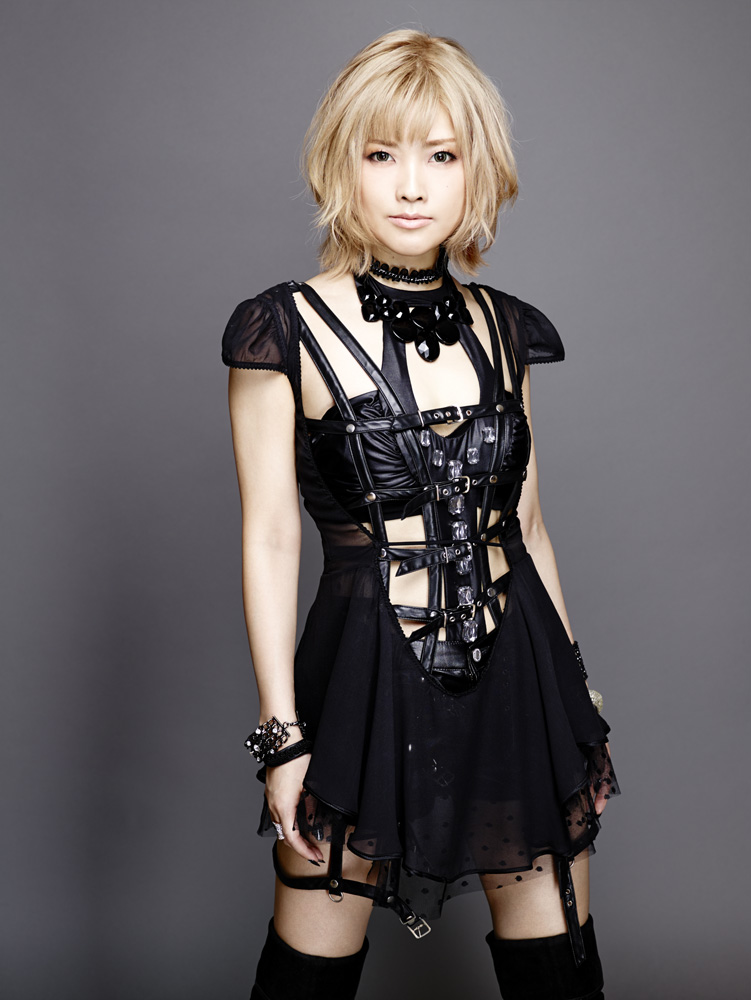 How do you feel about touring Asia and returning the U.S. with Ani-Song World Tour?

Sayaka Sasaki: If I hadn’t become an anisong singer, I don’t think I would ever have had the chance to visit America this many times. I truly appreciate the many opportunities I’ve been given.

What is one thing you would like to do in Las Vegas that you didn’t get to when you first came for Otakon Vegas a year ago?

Sayaka Sasaki: I think the most appealing part of me is my heat and passion. When I performed last time, it wasn’t with a band, just karaoke. However, this time I’ll be able to perform with a band in front of an American audience, so I promise I’ll deliver an even hotter performance than last year!

Your fifth anniversary is approaching. What are your goals for the next five years?

Sayaka Sasaki: Within these past 5 years, I was able to perform in 3 countries and 6 cities outside of Japan. By the 10th year, I want to work even harder to make myself more popular in the foreign countries so I can perform double what I’ve done in the past. Wait, double’s not enough. Even more!

Sayaka Sasaki performs live in America at Lantis Festival in Las Vegas on January 16 & 17 at The Joint – Hard Rock Hotel and Casino.