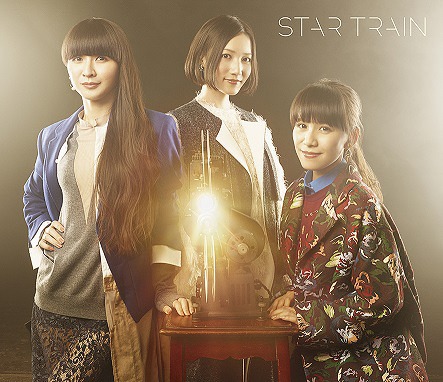 Perfume will release a new single “Star Train” on October 28, 2015. The title song is the main theme song for the first documentary movie for them, “WE ARE Perfume – WORLD TOUR 3rd DOCUMENT.”

The limited edition includes “Imitation World” and comes with a bonus DVD featuring a music video for the title song and its making-of in “Perfume View,” in which the members shot videos each other. Also includes live photo(s) featuring the concert “LIVE 3:5:6:9,” which is planed to be held at Nippon Budokan in September 2015.

Both the limited and the regular editions come with a bonus poster on a first-come-first-served basis. Perfume documentary film to open in U.S. and Japan on October 31.