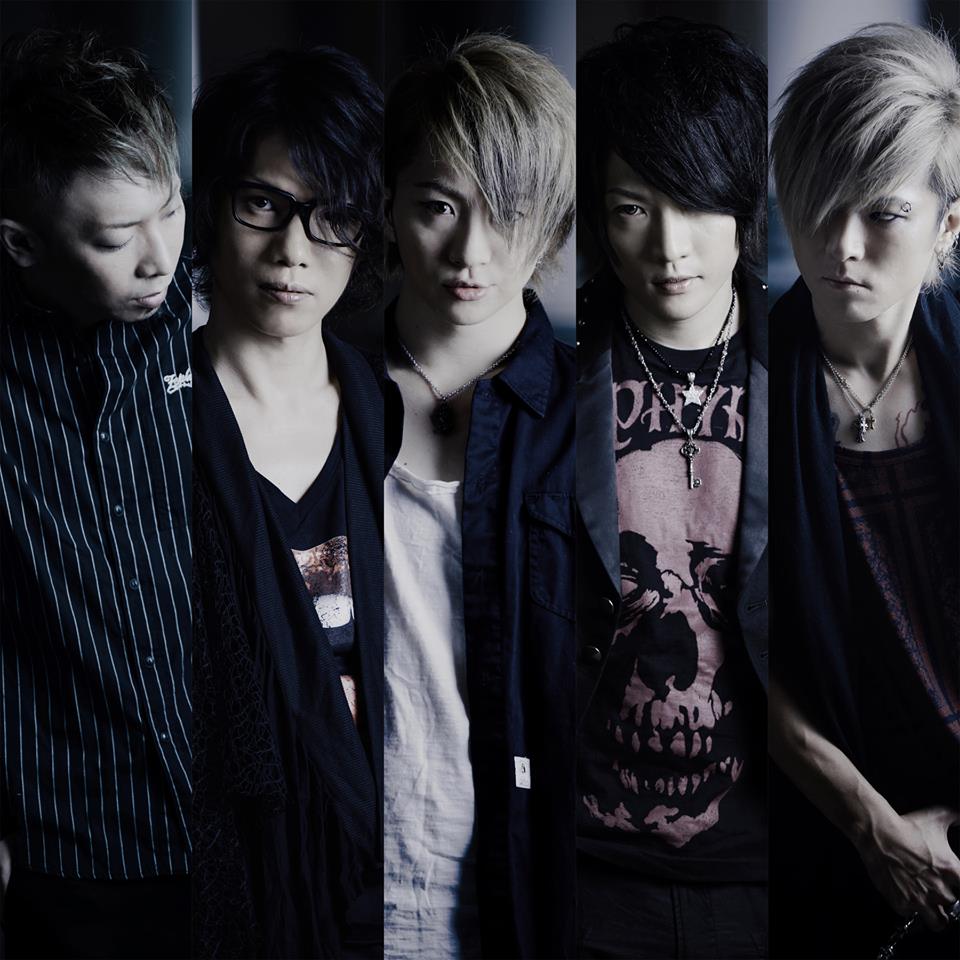 Rock band RHEDORIC has long wanted to perform in the U.S., evidenced by guitarist TOMO’s frequent visits out to LA, and vocalist Yuji even joined him in 2014. However, it’s been difficult for them to put the whole band together for a stateside performance: the original drummer left in 2014, and Yuji was injured early in 2015. But things started looking up in 2015: Yuji returned in August 2015, and in December 2015, Naruka was announced as the band’s new drummer, locking them in as a five-piece once again.

Things started moving forward steadily, but just a little too slowly. After waiting so long to journey to the U.S. TOMO was ready to move faster. “We were taking our time, and going according to our schedules, but we decided to throw that slow pace away and get busy,” TOMO told us in our interview with him last year. Busy they were! Their new mini album GARYOU TENSEI dropped in December, and a California tour in celebration of the band’s fourth anniversary was announced in February.

With that tour, came this interview with all five members. That night, the band had just come back from a photoshoot in the desert, and they were prepping for their meet-and-greet the next night as well as two shows that weekend. They were admittedly tired from the busy schedule and jetlag, but gracious in talking about their music, upcoming US shows, and having fun testing out their English with me.

First off, happy 4th anniversary! How has your trip in LA been so far?

Yusuke Suga: Me too (in English)! Our schedule has been very hard.

Yuji: We’ve been having a lot of interviews and photo shoots, so I wish we had more to time to make music.

I saw on Twitter you all went out to the desert for a photo shoot today. Can you share with us if it was for a new single, album, or is it a secret?

TOMO: We did nothing (in English)! (members laughs)

That’s okay, I understand! (laughs) You’re all here to perform this weekend. TOMO, Yusuke, and Yuji, you three have performed in the US before…

And Shigure and Naruka hasn’t played in the states yet, I understand…

TOMO: Shigure has performed overseas before in Taiwan. Naruka’s been to Hawaii before for vacation, but to perform?

So, you didn’t play drums in Hawaii? (laughs)


Since the atmosphere in the U.S. is different than in Japan, did the members who had performed in the U.S. already give any advice to Shigure and Naruka about what to expect, or how to prepare?

TOMO: Nothing (in English)!

Yusuke Suga: How to fight!

The artists you’re opening up for on Saturday at Whisky a Go Go are more of an old school, rock and roll type, a little different from the bands you play with in Japan. What are you looking forward to about opening up for musicians who have played with big names like Michael Jackson and Scorpions?

Yuji: I’m not really expecting anything…

TOMO: I hope to become friends with them.

Since this is your first show together in the U.S., will your shows here be similar or different from your Japanese shows?

TOMO: It’ll be similar to our Japanese shows.

Yuji: There won’t be many changes. We want to show everyone our true selves. We don’t want to change around just because it’s a different place or anything, because that’s not us.

How are you choosing your set list for both shows?

TOMO: We haven’t really changed the set list, but we did discuss on how to start it off. Overall, we want to keep it the same.

What songs are you most looking forward to playing this weekend?

TOMO: All of them. Since this is our first time playing in the states, we don’t know how everyone will react so I’m looking forward to it. Even in Japan sometimes the reactions change a bit.

Naruka, you’re new to the band. What has it been like for you so far?

Naruka: One more! Please… slowly. Hearing (in English)—is not very good. My ears are not trained well. (members laughs)

[The question was translated again]

Naruka: I feel like I’ve been with the band since they first started for some reason…

Maybe this trip feels too long for you? (laughs)

Naruka: This trip feels kind of long. But to me, I feel like I fit in this band. But I don’t know how the others feel…

How do the other members feel?

Naruka: I think everyone is tired so they don’t want to answer me. (members laugh)

Other than him being new to the line-up, what are the differences between the band 4 years ago compared to now?

TOMO: I got a little old.

Shigure: Musically, we’ve gained a lot of experience in the 4 years, so we’ve powered up.

Yuji: We just happened to come together, we didn’t know what was going to happen at first. But now our powers are gradually starting to connect more compared to before.

Your most recent mini-album is GARYOU TENSEI. What makes this mini-album stand out from your previous work?

TOMO: We’ve released the album JIGGY and other singles, but we wanted to make a powerful album. Compared to the other album, we wanted people to feel the change and hear how serious we are. Our sound on GARYOU TENSEI is much stronger and tighter than our previous work.

In GARYOU TENSEI, “With You” is recorded in English. On March 23, you’re releasing the Japanese version of this song. Yuji, what differences did you feel when you recorded the English version?

Yuji: I can feel the difference in the lyrics and the melody. It’s different in the voice at the points where the notes and the lyrics meet. Also, pronouncing the “R” and the “L” sound was difficult for me so I’m relieved it’ll be in Japanese this time around. It’ll be easier to sing.

Yusuke Suga, TOMO told me in our previous interview you write about 70% of the music. What inspires you?

Yusuke Suga (to TOMO): What?

TOMO: It was about JIGGY!

Yusuke Suga: Oh! I get inspiration from what I see, hear, and what happens in my life or hearing about other people’s experiences. I put all these ideas and images in my head and it’s like a string coming down. I pull one of the strings down to use and that’s where the root of the songs come from.

Shigure: Definitely! I learn and study a lot from there and bring that back into the band.

Shigure: Music-wise yes. I don’t really think of the stage presence because each show and band is different so I try to match myself to each environment.

What do you each hope to learn during your time in the U.S.?

TOMO: I’ve been out to the states many times on my own in the past but, again, this will be the first time we’re all together. I want all five of us – not just myself – to become strong through this tour as one, and to be able to bring this energy back home and show that off at our upcoming shows to celebrate the 4th year.

Yusuke Suga: Experience and supporters (in English)! I want to gain a lot of experience both personally and as a band, and attract more fans.

Yuji: I believe that, as a person, experience is what is most important. If you don’t have experience, you can’t really explain or tell people anything. Let’s say, for example, if you’ve never played the guitar in your life before, and you talk about it, what would people think of you? They’ll say, “What are you talking about, you’ve never played it before, how could you talk about it?” I want to gain experience as well and naturally show that through my performance.

Naruka: It’s my first time in mainland America, my first time playing here, the first time the band is playing together here… everything is the first. I’m going to be like a sponge, soaking all my first time experiences here and squeeze it all out when we return home. Through that I think God only knows. (members snicker)

Shigure: I’ve played abroad before, but this is my first time being in and playing in the U.S. The other day when we were in Santa Monica, I saw a lot of musicians playing out in the streets. I felt different and touched watching them because in Japan, sometimes I feel that some artists do it to be cool or look nice. But here, I felt that they weren’t trying to appeal, but enjoy the music more. I’ve already gained those feelings through this tour right now.

I’m happy that you feel that way!

Naruka: Me too (in English). (members laugh)

It sounds like you are all already learning a lot from this experience, so congratulations to that and for being able to make your dream shows here come true.

TOMO: Thank you very much! Hopefully we’re showing that to other people too. We hope more supporters come out and keep up with us. To our fans, let’s do something big together!