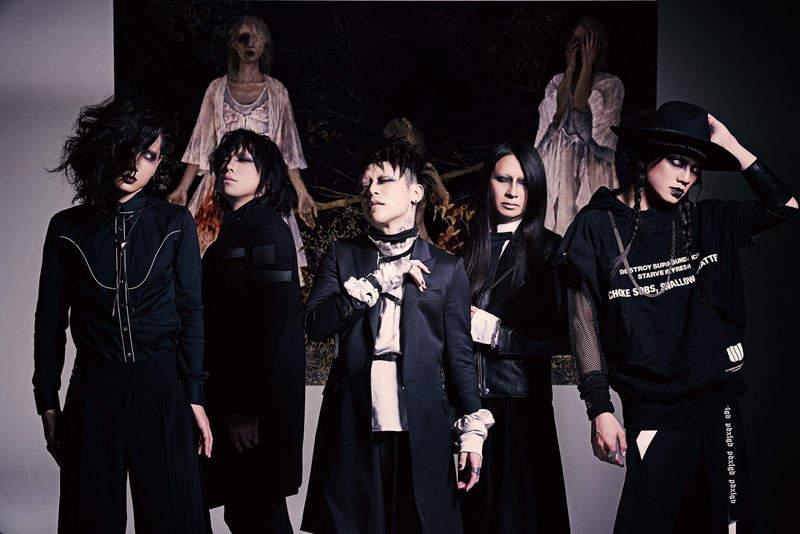 sukekiyo is a band that’s never quite the same. From their first album “IMMORTALIS” to their latest release “ADORATIO,” their dark, melodious, and erratic songs have only grown more unique and intense. Their almost eerily silent shows have increasingly drawn a following since their formation in 2013 – so much that “ADORATIO” is now sold out on their official website.

In this interview with the band, the members reveal the creative process of “ADORATIO,” their unique live style, and how they’ve developed as a band.

–Please tell us about the concept for your upcoming release “ADORATIO.”
Kyo: A new style of sukekiyo.

–“ADORATIO” is neither a single, mini-album, or album; it is simply a “release.” What is your reasoning for this decision?
Kyo: There are certain stereotypes that go along with singles and albums; I wanted to release it as a work in and of itself.

–Did you challenge yourselves or try anything new on this particular release?
Yuchi: Something we try to do with every release is to create a new sound — a new “mode” of ourselves.
The new sounds we used in this release include a more digital and rhythmic approach.
We want to challenge ourselves even further in the future.

–What are some things you want to challenge yourselves with as a band in the future?
Mika: We’d like to challenge ourselves to try things we think are interesting.

–What song would you recommend to someone who has never heard sukekiyo before?
Uta: elisabeth addict. It includes all elements of sukekiyo in an acoustic way.

–One of the defining features of sukekiyo performances are that, whether it’s a (seated) hall show or a (standing) livehouse show, fans watch the entire show in silence. You could argue that a lot of fans go to livehouse shows so that they can rock out together with the band. However, sukekiyo fans can’t enjoy that. Why did you decide to create this rule? Were you ever worried that fans wouldn’t go along with it?
Yuchi: We see it as more of a way to better enjoy the show than a rule. There are pros and cons to this rule, but most of our fans seem to accept it and even enjoy it.
We originally created this rule in order to create a unique atmosphere for our shows. There are those who follow the rule and those who don’t, but ultimately, fans are free to do whatever they want. It’s not really our place to worry about it.

–Do fans watch in silence even when you play shows abroad? If they don’t, how do you feel about that?
Takumi: Fans overseas did what they wanted to, but we also felt that they understood and enjoyed sukekiyo’s style. There are a lot of places we haven’t played at yet, so I’m interested to see the different reactions we receive from different countries.

–How has your relationship as band members developed since the band’s formation?
Kyo: I’ve become closer and more able to depend on them.
Takumi: At first, I was mostly focused on what Kyo wanted to do. But through the process of recording and playing shows with the other members, I’ve grown to respect and depend on each and every one of them more. I still put Kyo’s wishes first, but I also feel like I’ve come to understand what sukekiyo means to everyone. We’ve reached a good balance.
Uta: I think we’ve become able to communicate more directly, rather than having to explain everything to each other at length. I believe I understand everyone’s musical style really well now.
Yuchi: I understand each member better as a person compared to when we first formed, and that has only increased my respect for them. I wouldn’t be able to continue with sukekiyo without its current members.
Mika: It’s hard to put into words, but with the band, I feel a sort of warmth and strangeness that I haven’t felt before.

–Lastly, please give a message to your fans and our readers at Shattered-Tranquility.net.
Kyo: I want to play a show with sukekiyo in your country, so please invite us.
Takumi: I want to play in America soon!!
Uta: You can experience our constant development through music, but I believe you can experience that on an even greater level through our concerts. Check us out live.
Yuchi: We’ve produced something amazing, so please listen to it a lot. Thank you.
Mika: Let’s meet through music and shows. 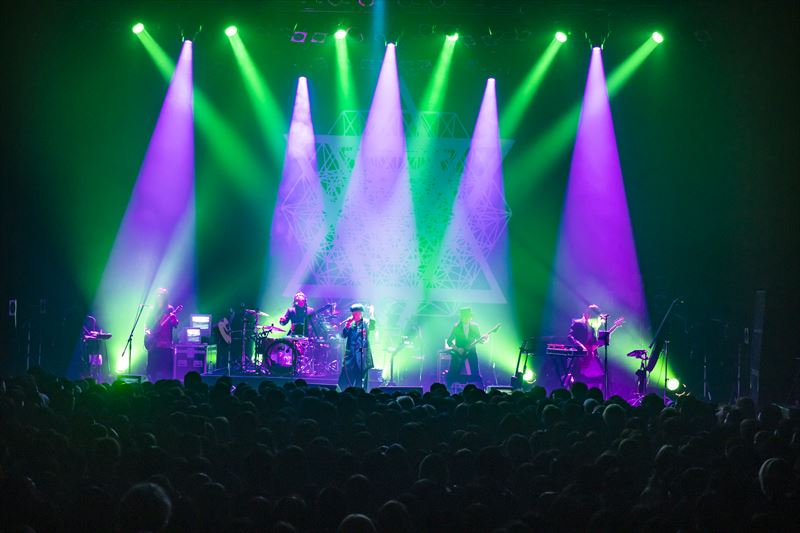