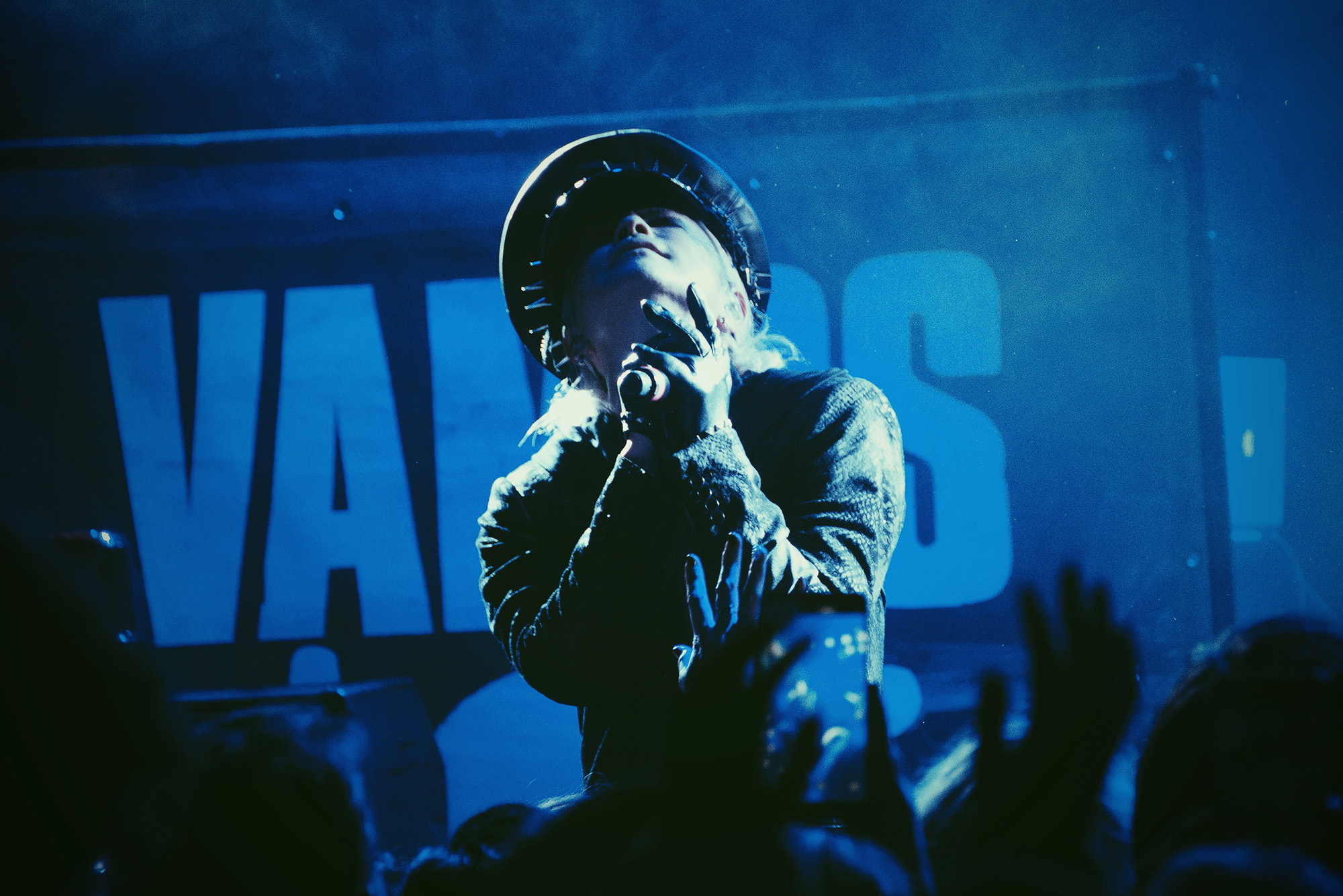 After being fortunate enough to have seen VAMPS live several times, their headlining show on September 26 at the Roxy was easily one of the more unique shows they’ve performed -– if you’re going on a musical journey to the “underworld”, you’d better do it VAMPS-style. 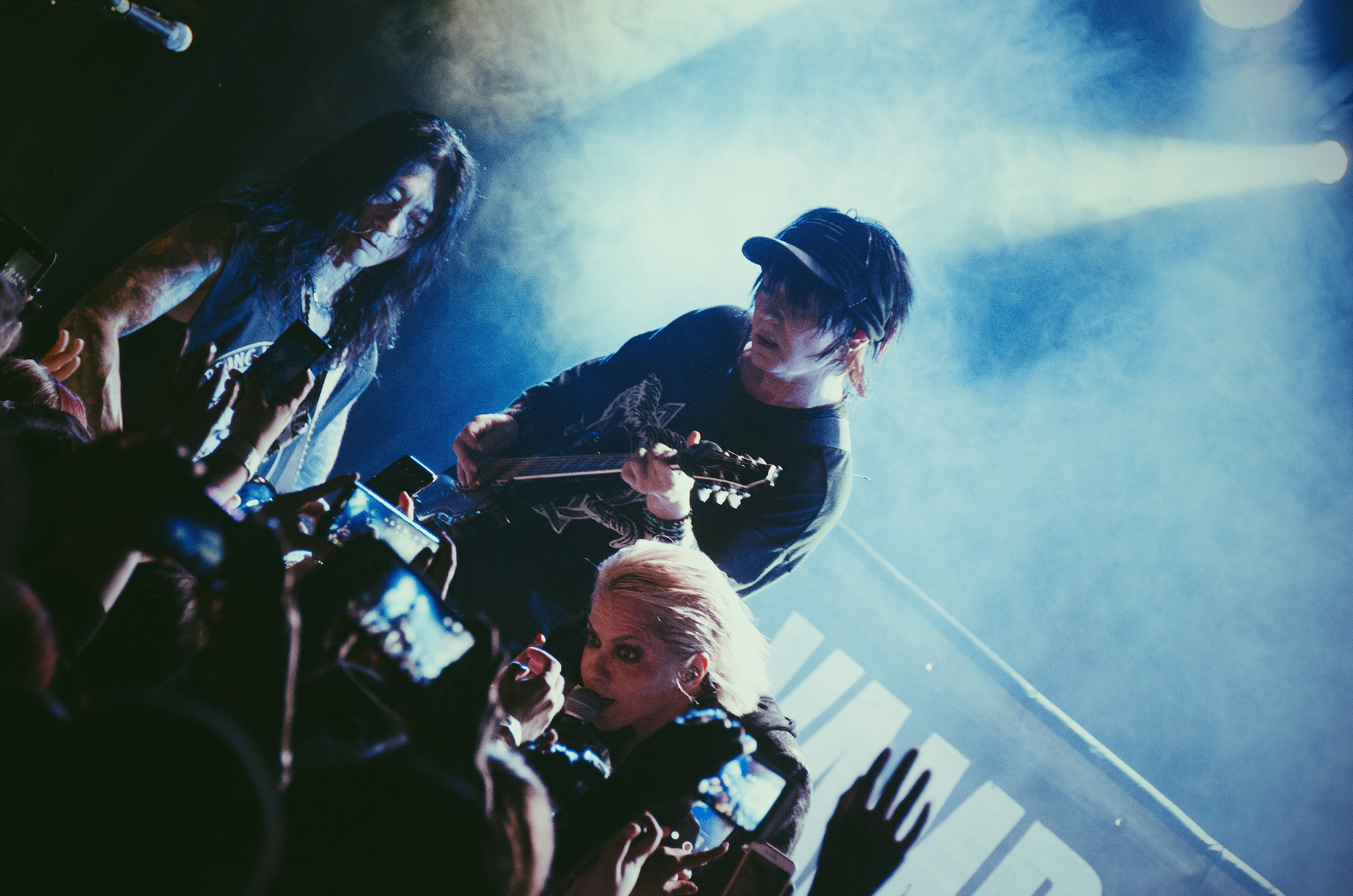 Choosing to perform their latest album UNDERWORLD in its entirety, VAMPS injected steroids into their Roxy set list, as the recent LP contains some of their heaviest material to date (“Underworld”, “Bleed for Me”, and “Break Free”).

While older tracks like “Evil” and “Sex Blood Rock N Roll” always have impact, it was exciting to hear how the new material would be interpreted live (the slow metal/rock grinder “Bleed for Me” is a standout, but more on that later), and to see how fans would react — the audience’s singalong to “Calling” was as faithful and energetic as if the song had been a longtime favorite. 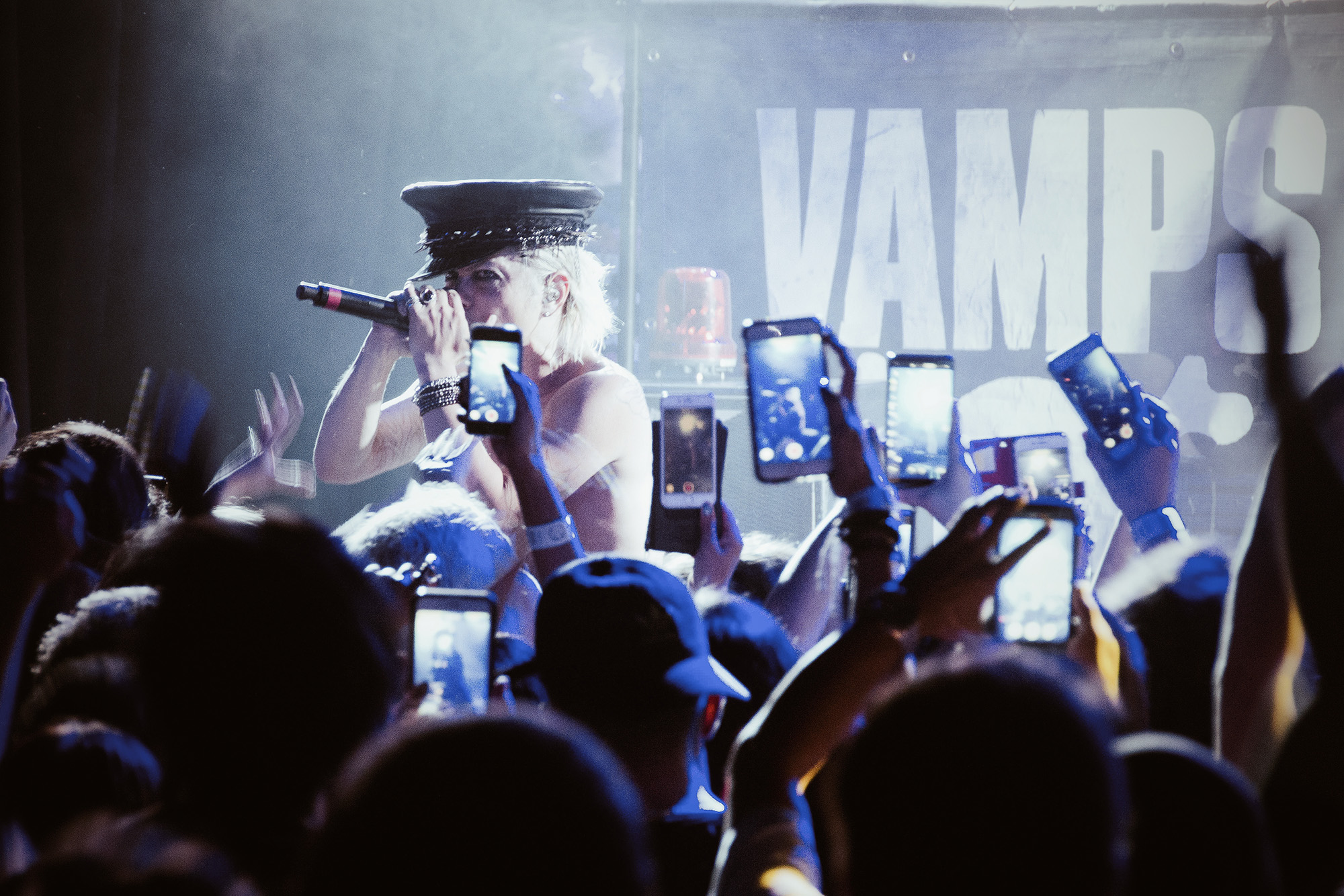 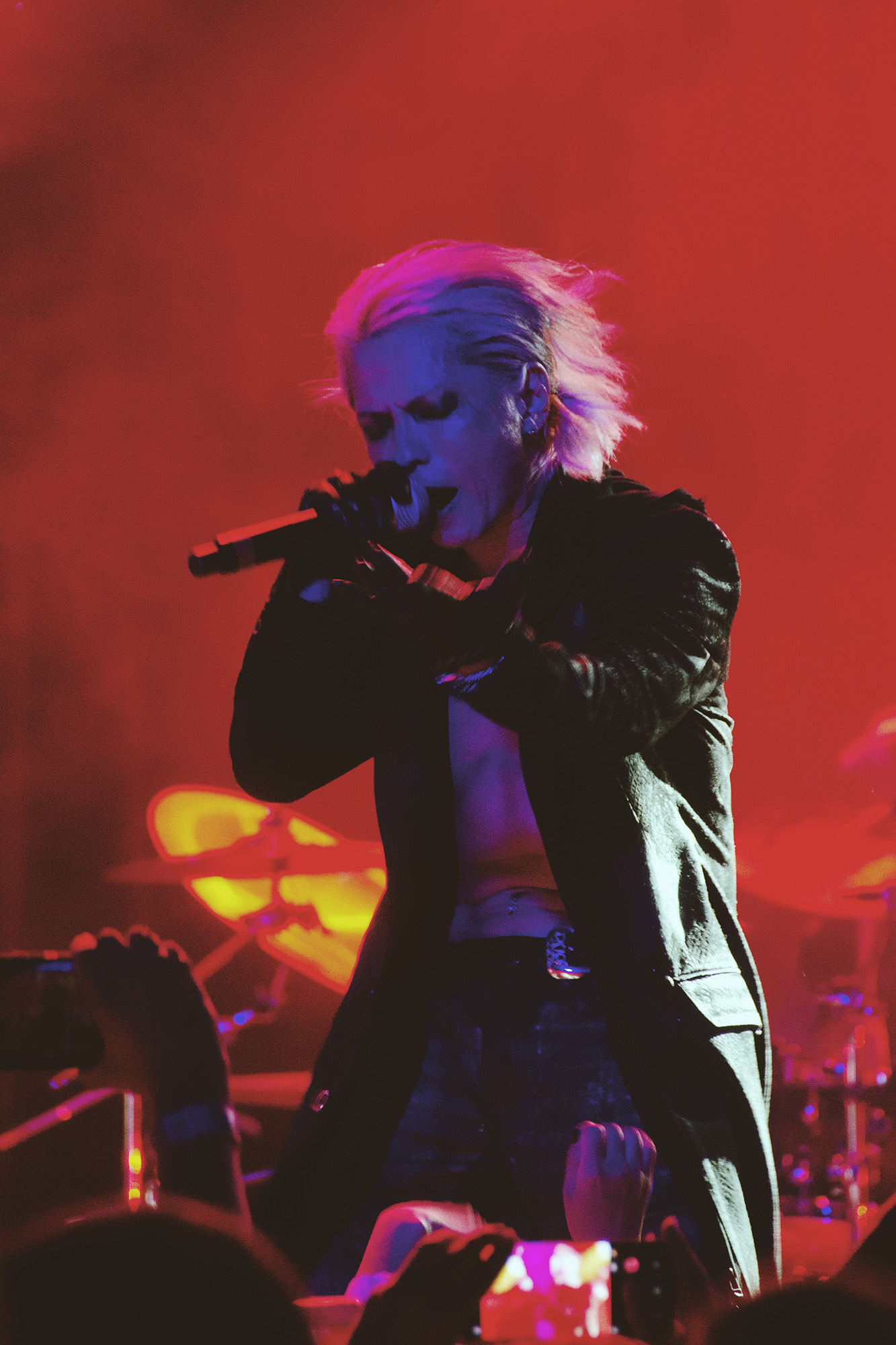 While the band shares roots with the visual kei scene, HYDE and K.A.Z make a point of focusing VAMPS on the music, using flamboyant visuals only when necessary to amp up the experience and their vampire narrative. From opener “Midnight Celebration” through the first few songs (“Evil”, “Underworld” and “Break Free”), HYDE kept his hoodie shadowing his face for a mysterious look. After he briefly removed it during “Calling” to reveal slicked-back blonde hair and a clearer view of his eyeliner, he quickly switched looks by putting on a spiked military visor and leather gloves. “Would you ‘Bleed for Me’?” he growled, and the audience instantly reacted to the S&M visual by capturing the moment on hundreds of cell phones. 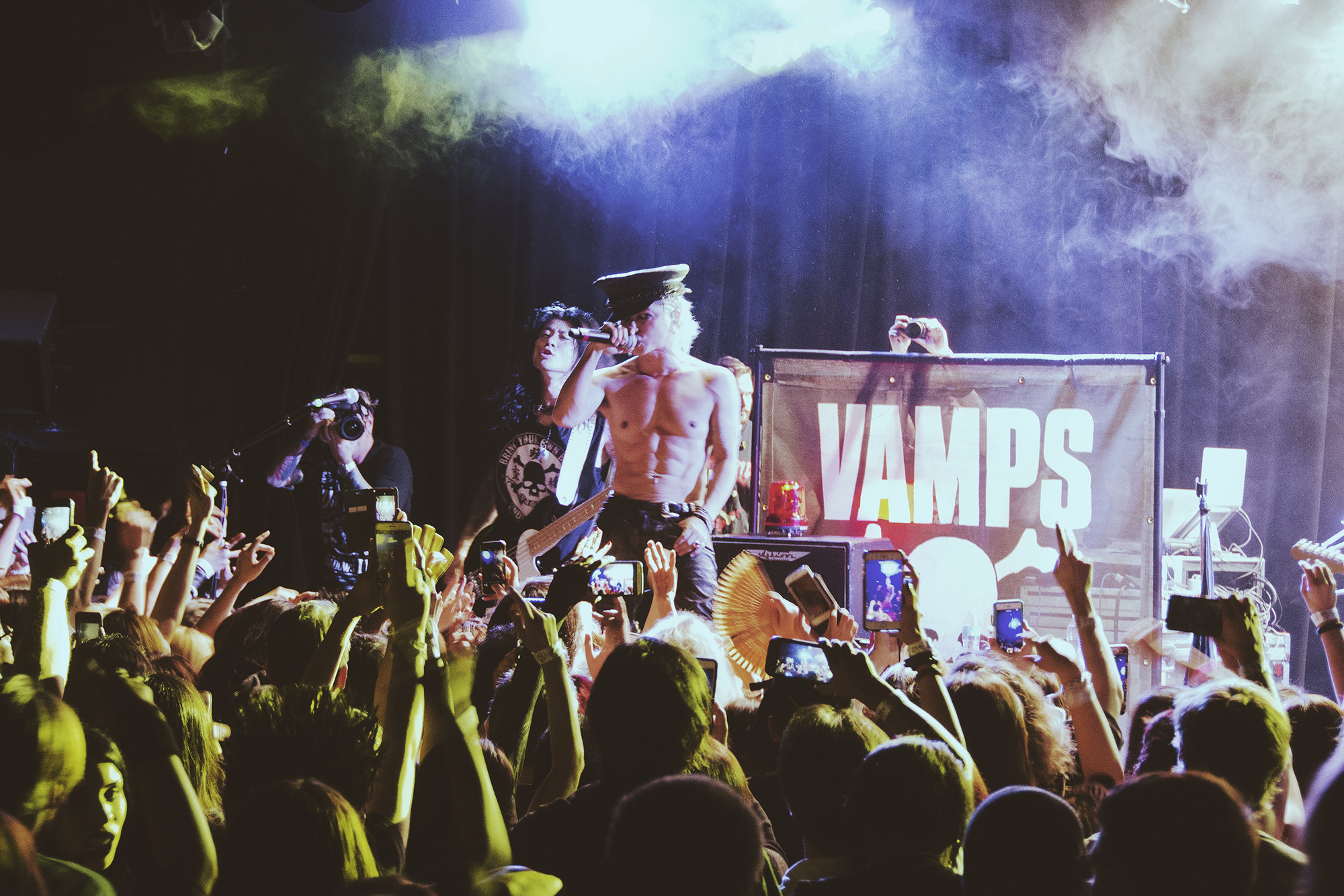 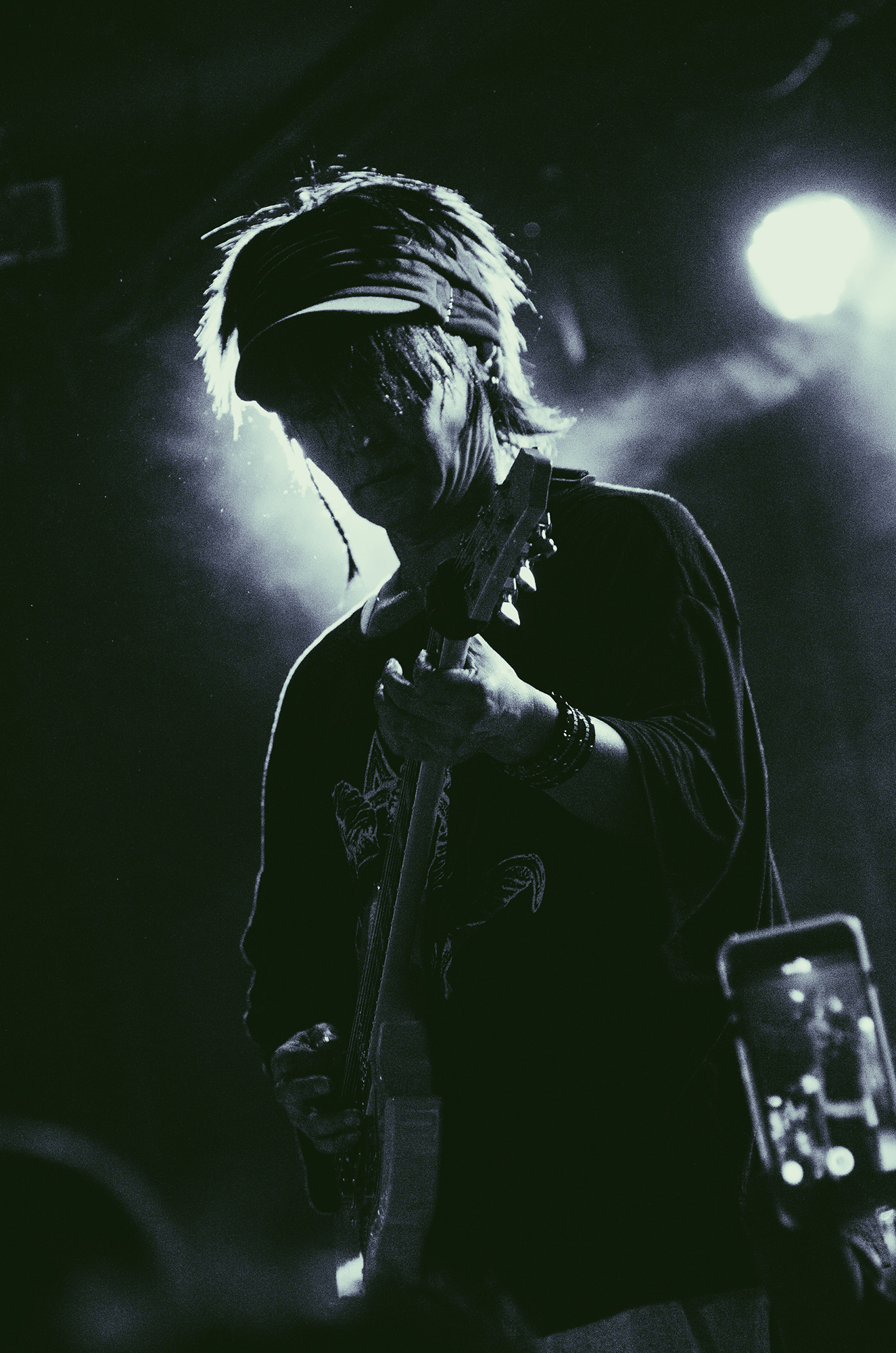 International J-Rock fans will do their best to reenact what they see in video clips, like headbanging and tossing your hair around as high as possible (or in serious cases, getting on your hands and knees to headbang). Several hardcore VAMPS fans from Japan were in attendance and took the lead in showing their American partners how it’s really done, leading to a fanatic mosh pit for “Sex Blood Rock N Roll”. 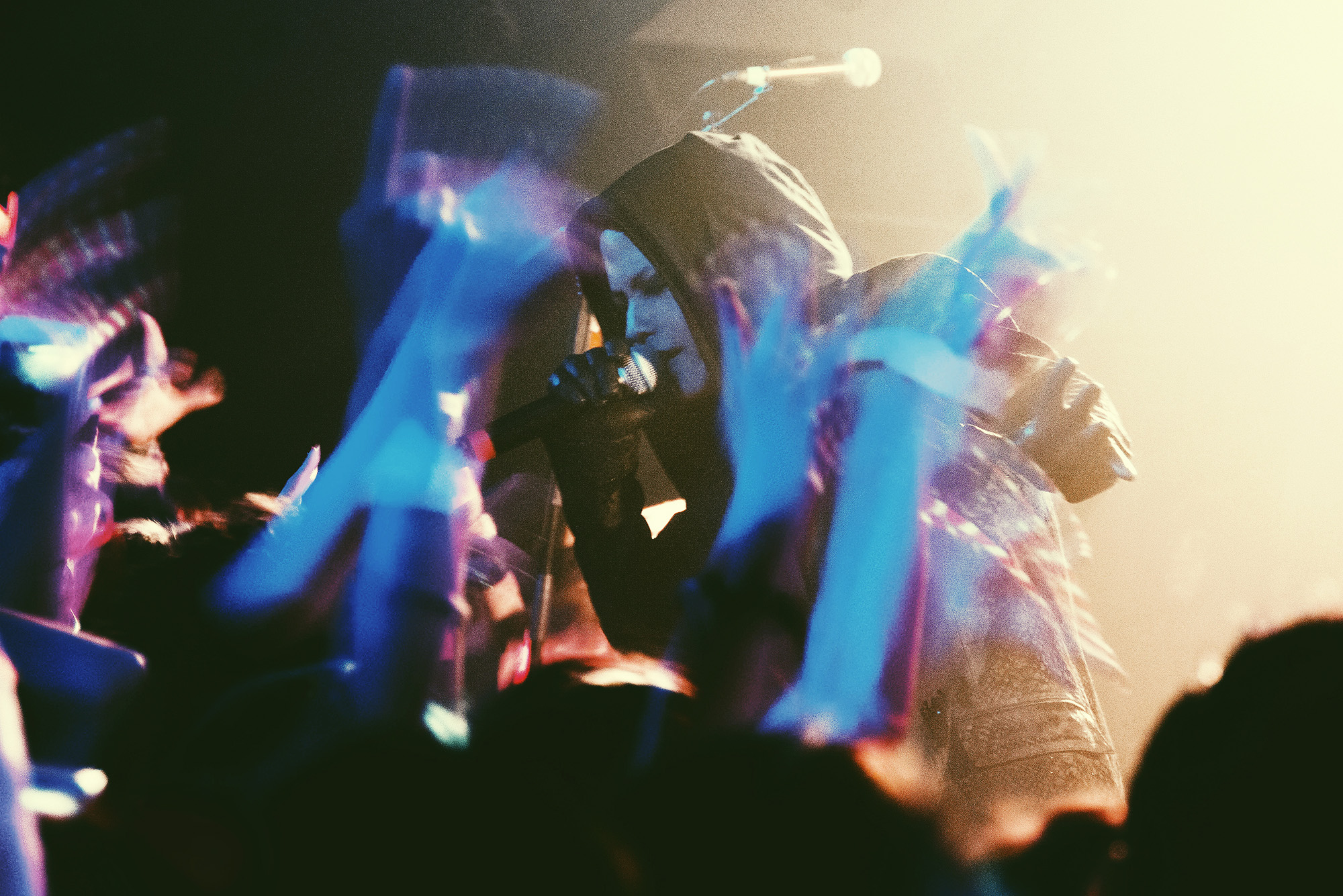 One of the most unexpected moments of the night came at the very end. Traditionally at the end of a show, guitarists throw out a myriad of picks, which K.A.Z did and I happily managed to find one, a cool glow-in-the-dark pick with a beautiful sugar-looking skull in black. Vocalists, on the other hand, usually throw a used towel or t-shirt, but that night, HYDE made it rain rose petals. As he ripped handfuls of rose petals from a bouquet and tossed them into the air, fans grabbed at the flora to bring them home as treasured keepsakes of a hard-rocking night with Japanese vampires. 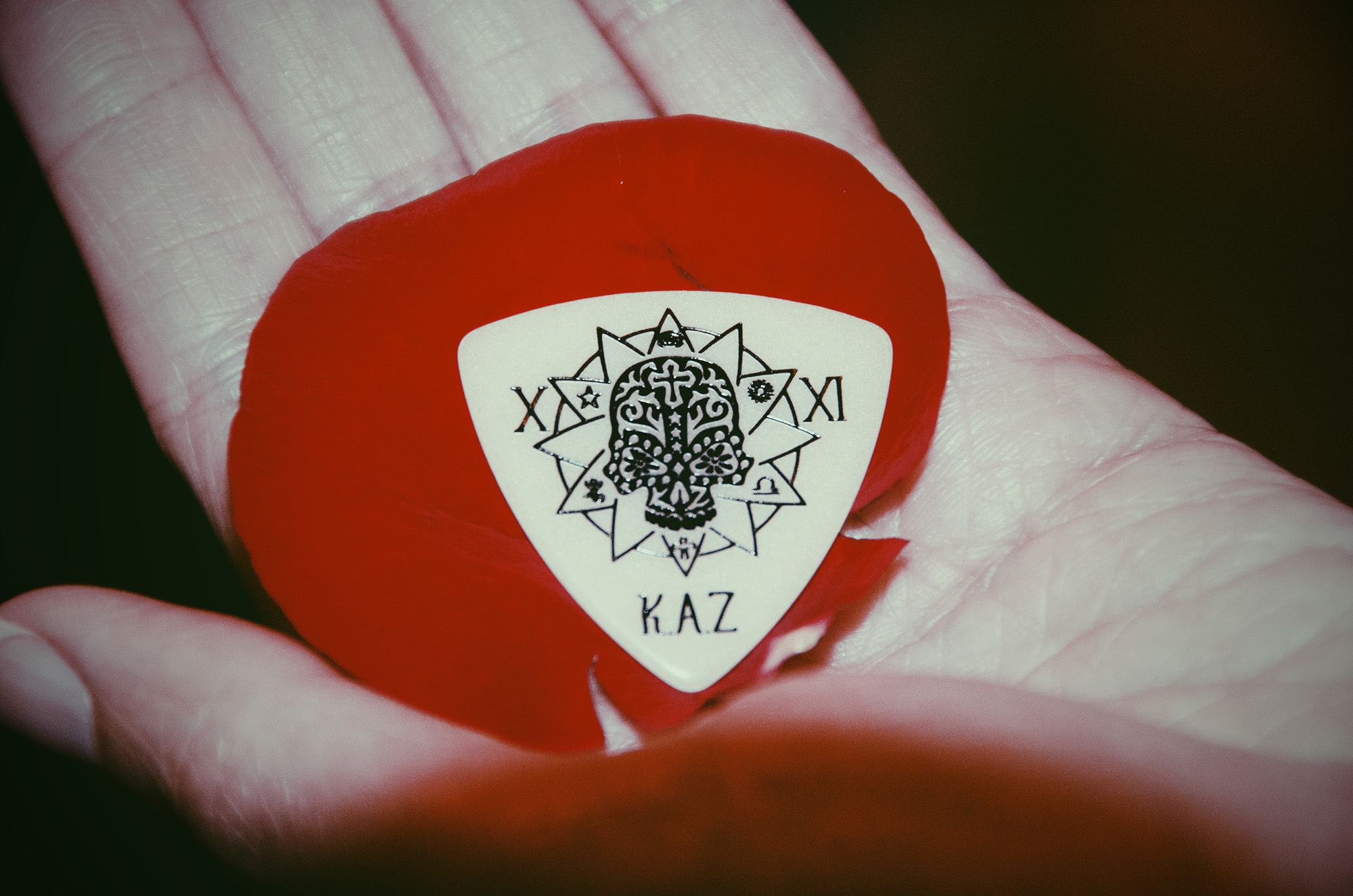 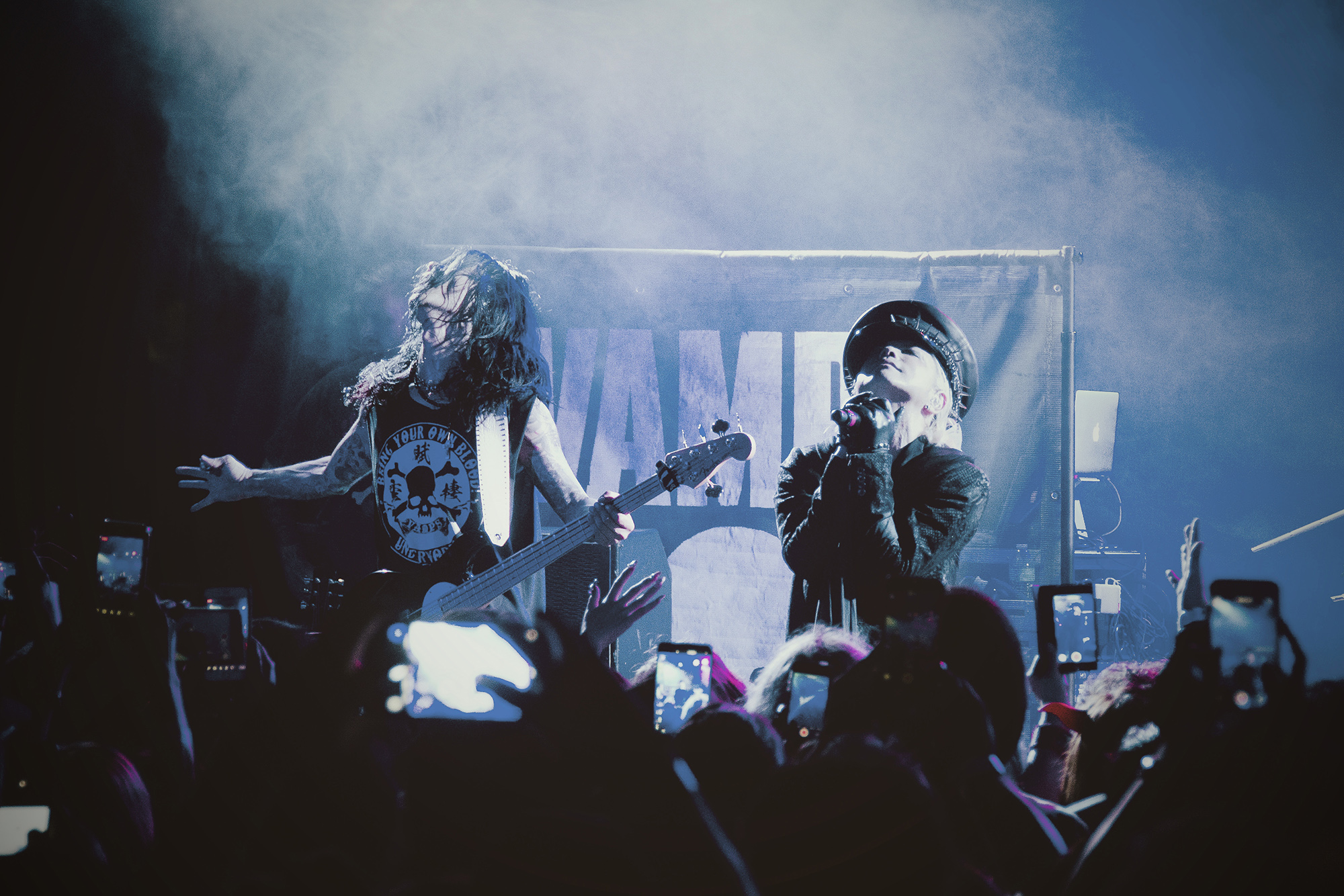