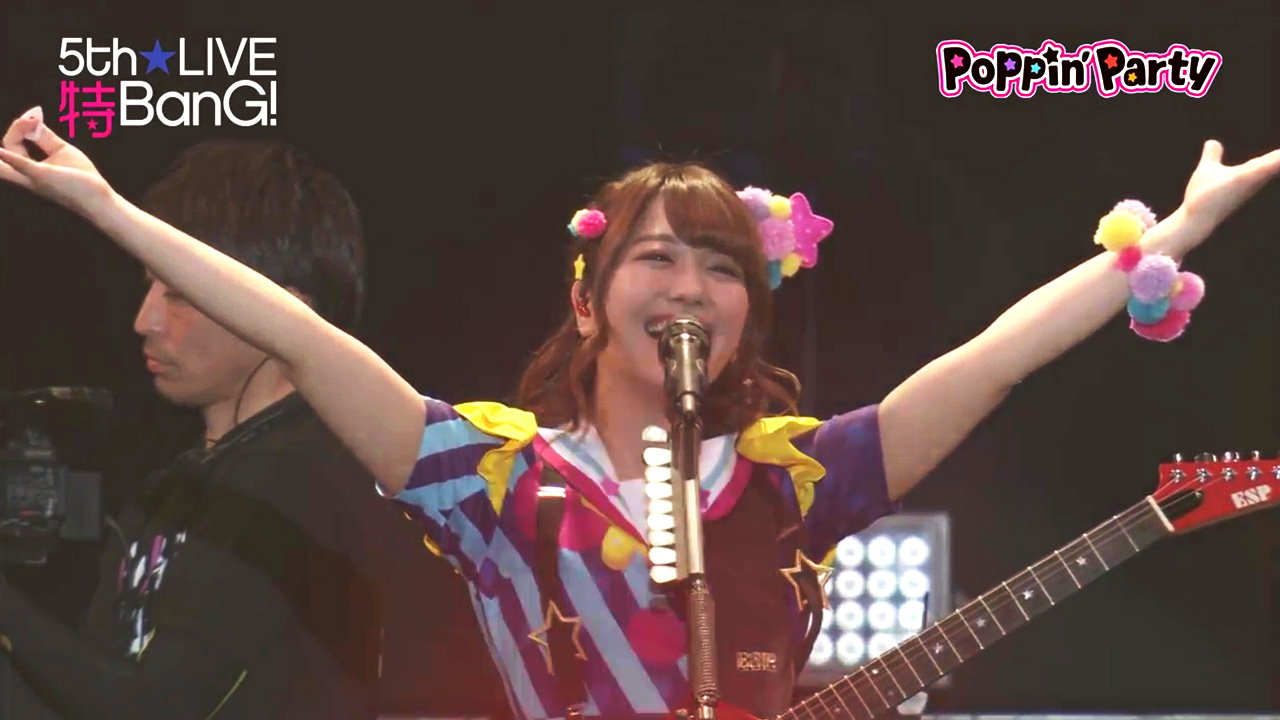 I knew nothing about BanG Dream! Girls Band Party‘s characters — I’d never even played the game or listened to the music — but last Saturday’s Delayed Viewing screening of the BanG Dream! 5th☆Live “Poppin’Party Happy Party 2018!” concert film made me a fan.

Looking around the theater (which was actually theater #2 since the first auditorium had sold out), I got a pretty clear feeling that I was one of the few newbies at the venue, but there’s a lot to love about this two-part film series, and you’ve still got the second concert film — “Roselia -Ewigkeit-” to look forward to this weekend. 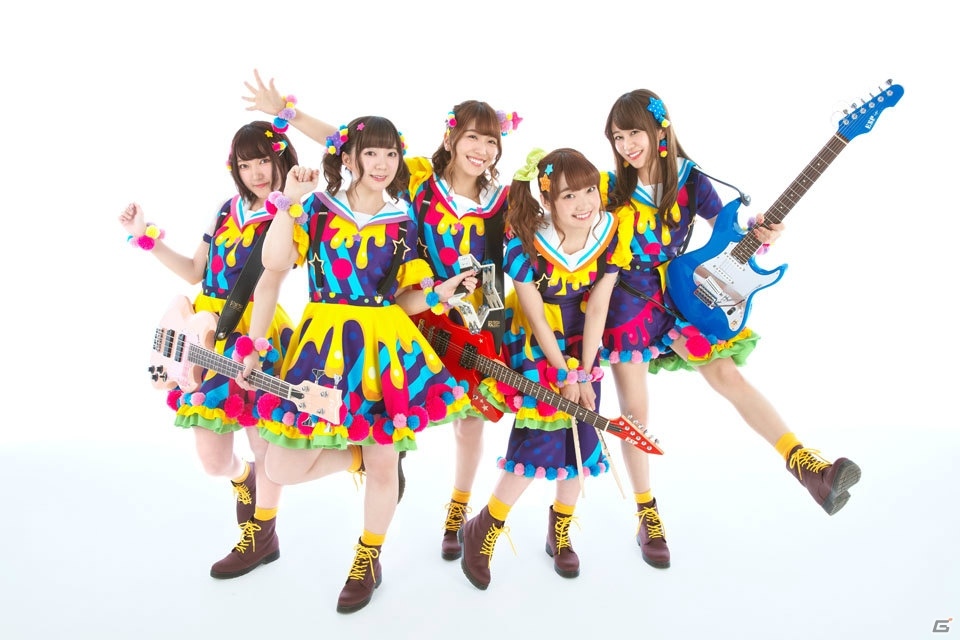 1. Awesome Fans (and Light Stick Envy)
Cool people, lots of BanG Dream! T-Shirts, authentic imported character happis and plushies, and ohhhh yes, lots of light stick action! Nobody talked during the MCs or got on their phones, or any of the rude stuff that’s all too common these days. The audience showed the same enthusiasm and respect for the performers as if they were there. The crowd around me made it even more fun. I didn’t come with a light stick this time, but now I’m at least 50% tempted to bring one next time. 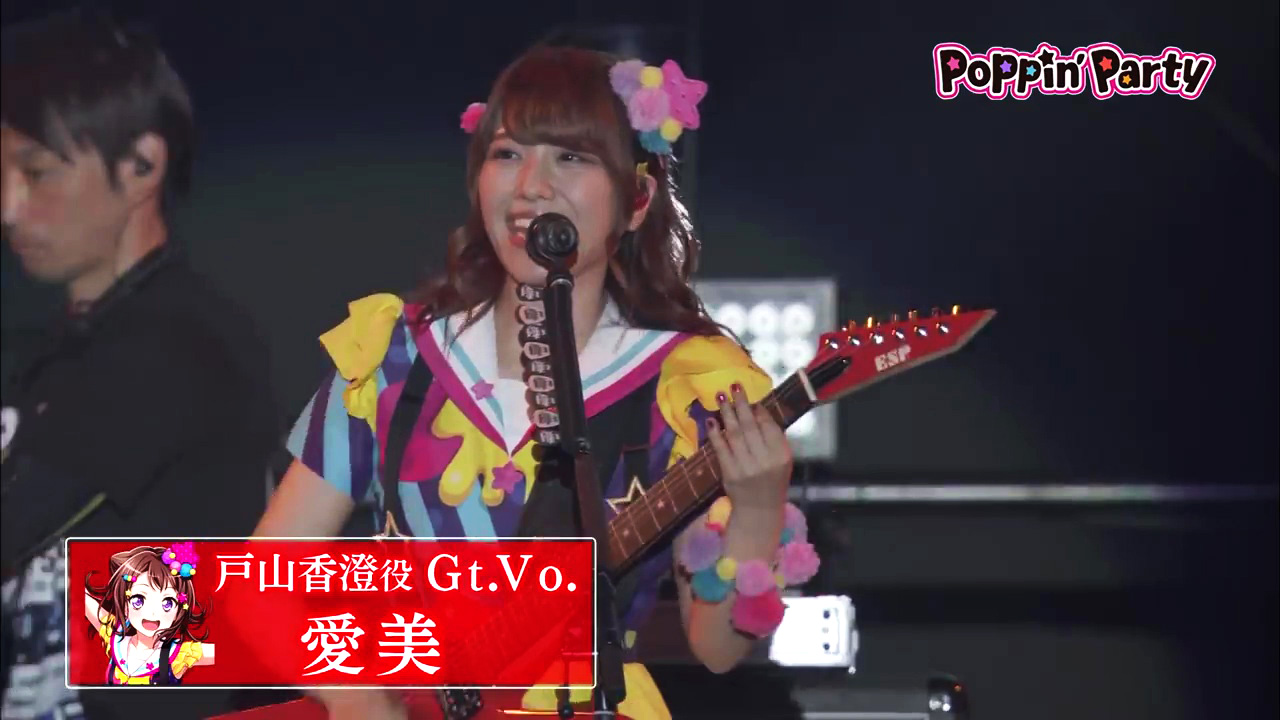 2. A Full-Length Concert
Walking in to the theater, I had no idea I was in for a 3-hour-plus concert film. Full-length MCs, video features, costume changes are all included. You really get your money’s worth, and if you’re lucky to be in one of the deluxe theaters with reclining chairs, you can really settle in and enjoy the experience. 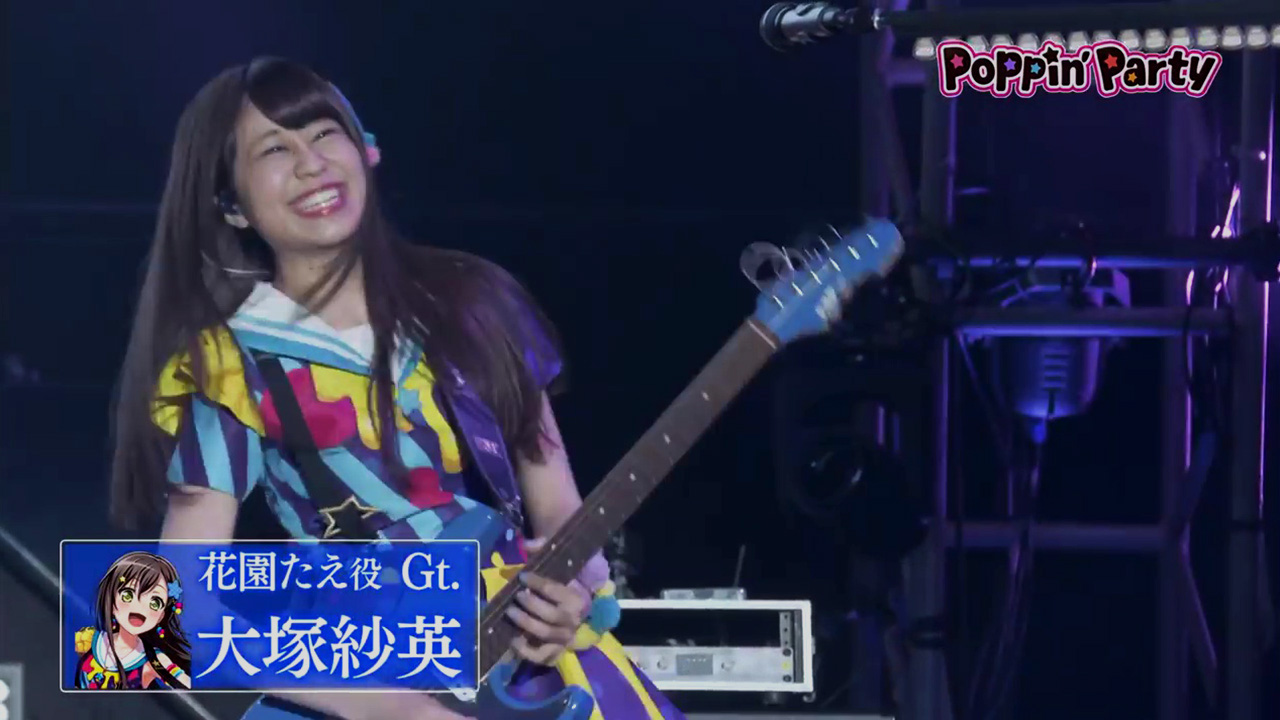 3. English Subtitles
A good J-Pop musical performance can carry your attention, even if you don’t understand the lyrics. But it’s easy to get lost in the extended giggling banter between band members if you can’t follow the language. Luckily, “Poppin’Party Happy Party 2018!” is presented with English subtitles for the MC sections and the five video featurettes, so you get to know the personalities of the musicians and stay connected throughout the concert. 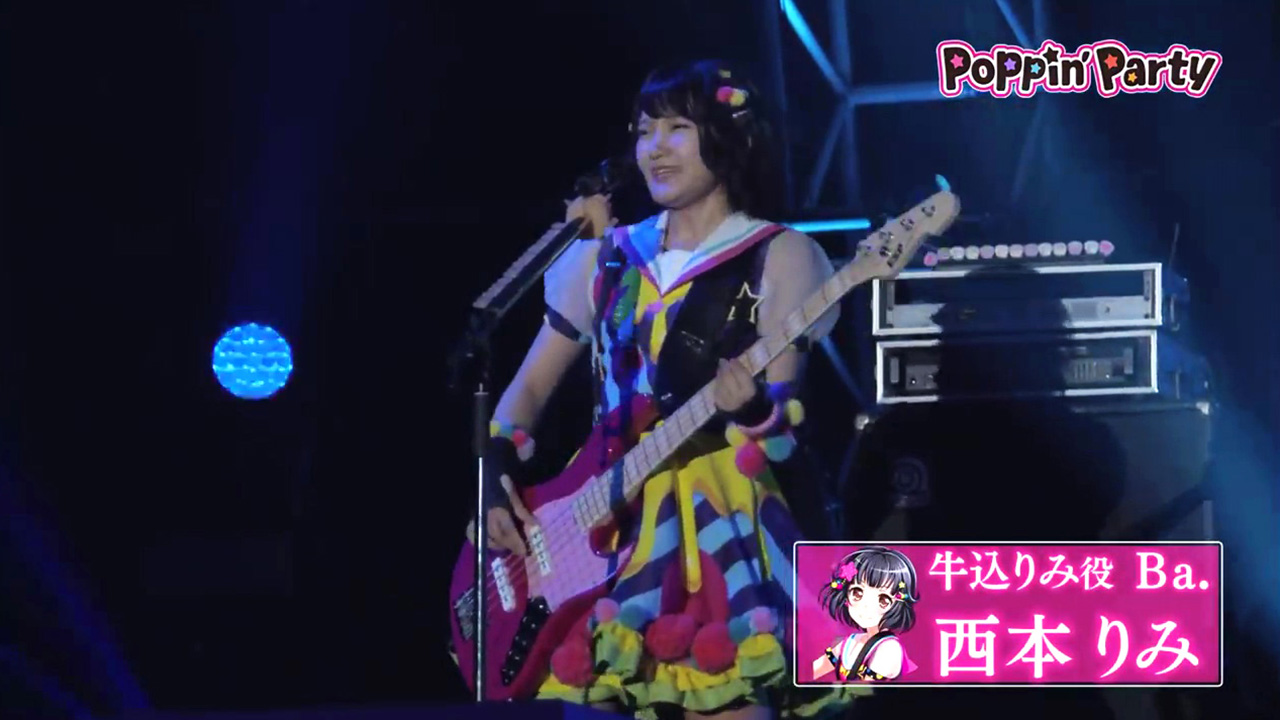 4. Opening Act – The THIRD (TBD)
As much as I enjoyed Poppin’Party’s performance, the musicianship and personality of The Third (TBD) — recently renamed as RAISE A SUILEN — made the biggest impact. I’ve had the video for “R・I・O・T” on repeat for a few days now.

5. Official Goods
Lots of cool Poppin’Party character goods were on sale before the screening and at the theater. Azoland has been hyping these up on their Facebook page and most of the limited goods sold out fast, but a few items are still available for online orders. Plus attendees get a collectible foil-stamped illustration card as a memento. 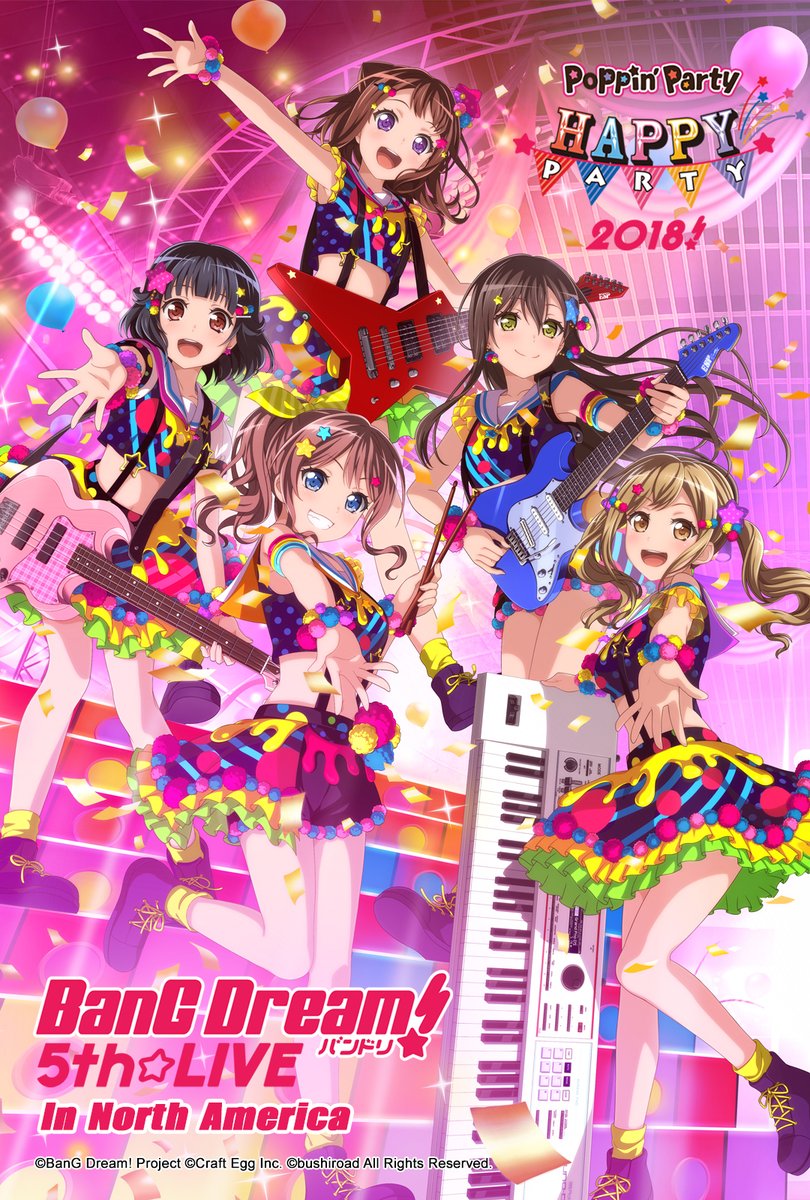 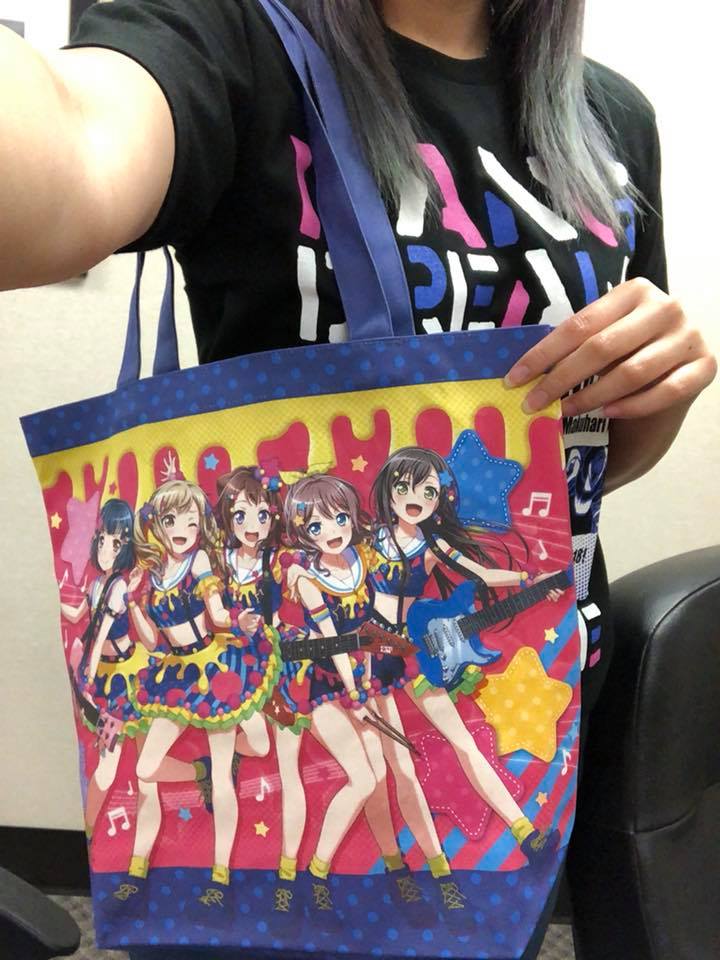 6. Fan Service
During the 2-day live performance in May, there were plenty of close-ups and verbal shout-outs from the band members to the live viewing audience, and even though logically we knew this was nearly 4 months in the past, it still felt fresh and there were lots of loud enthusiastic responses. 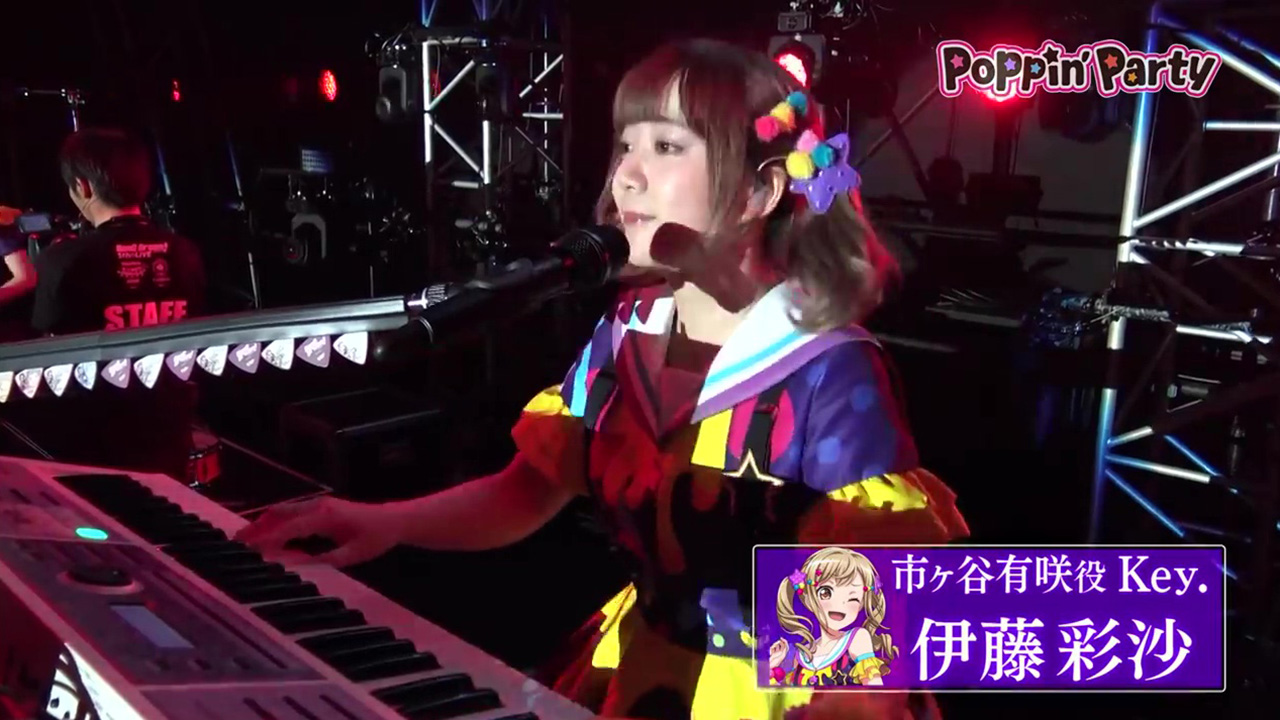 7. Training Videos
During costume change intermissions, fans were treated to short videos featuring each of the five “Popipa” members undergoing customized training sessions to improve their skills. These were really funny, and established a sense of individuality for each of the members — Ayasa Itou (voice of Arisa Ichigaya) choreography session showed off her goofy personality and perseverance, and guitarist Sae Otsuka (voice of Tae Hanazono) took a challenge to go back to her street performing days leading to an unexpectedly emotional moment. 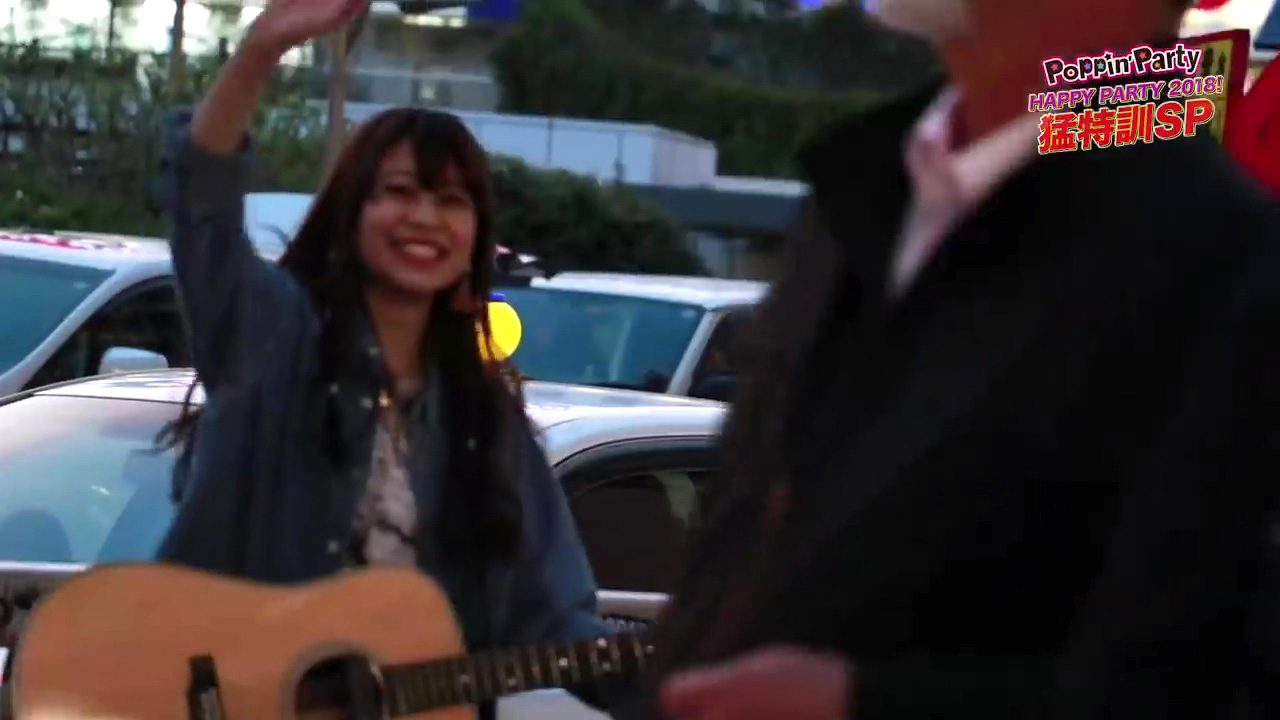 8. Excellent Video and Sound
Watching a concert film in this kind of setting will absolutely spoil you. Smoothly edited throughout, the film doesn’t rely on hyper-caffeinated jump cuts to push you into the excitement. The performances do that on their own, and the HD video on a big screen creates a feeling you can’t duplicate on your TV or computer screen. 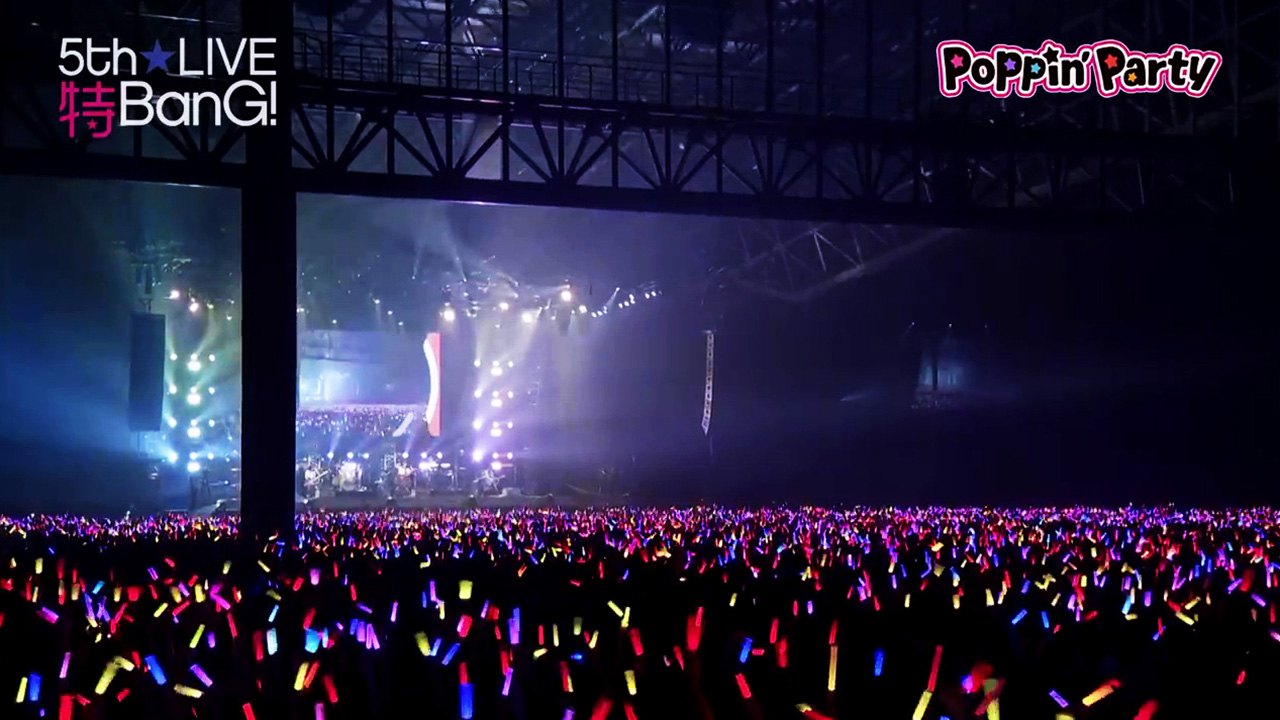 9. Acoustic Corner
“Pretty Japanese girls with guitars” is an international sub-genre on its own, and with Poppin’Party’s candy-colored costumes, moe-infused lyrics, and 2D anime/game lineage, it would be easy to write them off as a gimmick. But the musicianship is taken seriously, proved by an unexpected “Acoustic Corner” segment that comes near the mid-point of the concert. Aimi and Sae’s sit-down for “Time Lapse” is a standout moment. 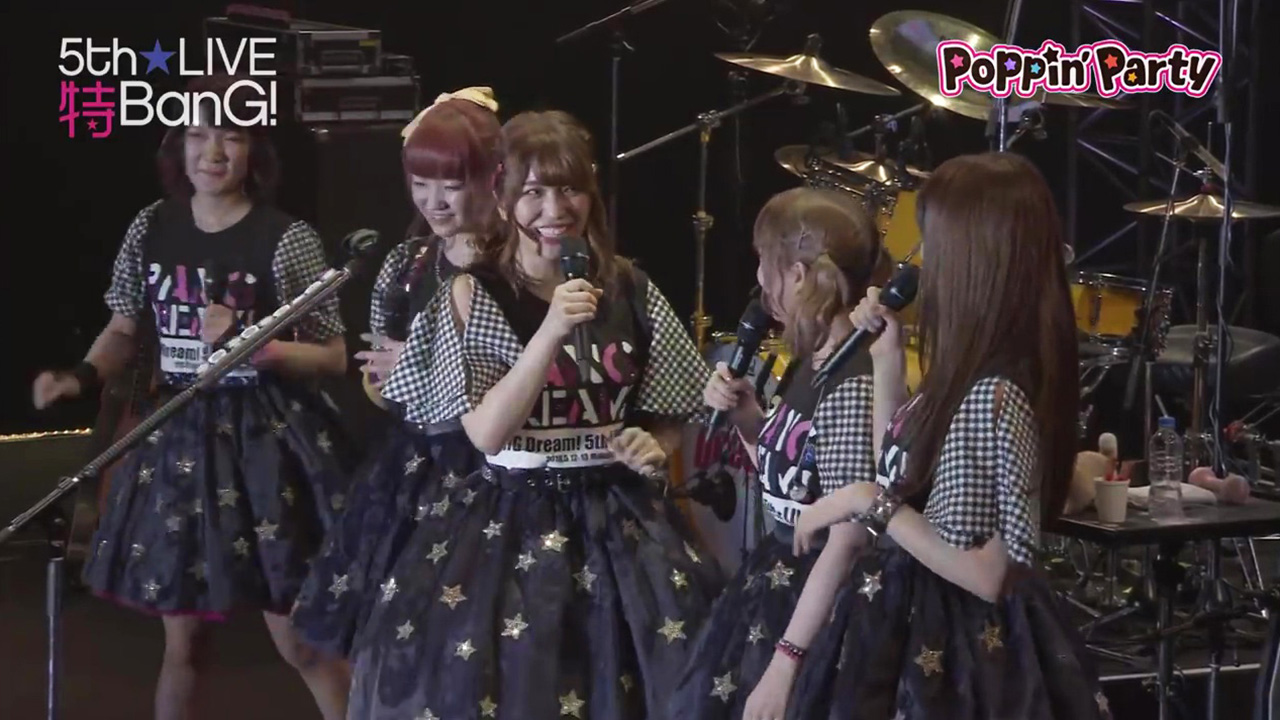 10. Popipa! Power!
Yes, I can now sing along with “Natsuzora SUN! SUN! SEVEN!” — “POPIPA! PIPOPA! POPIPA! PA! PIPOPA!” — with a measure of confidence I never could have imagined. Great performances of “Light Delight” and “Circling” gave the theater audience even more reasons to smile.

Get tickets for “Roselia -Ewigkeit-” September 15th (September 16th for Canada) via the Azoland Pictures website. 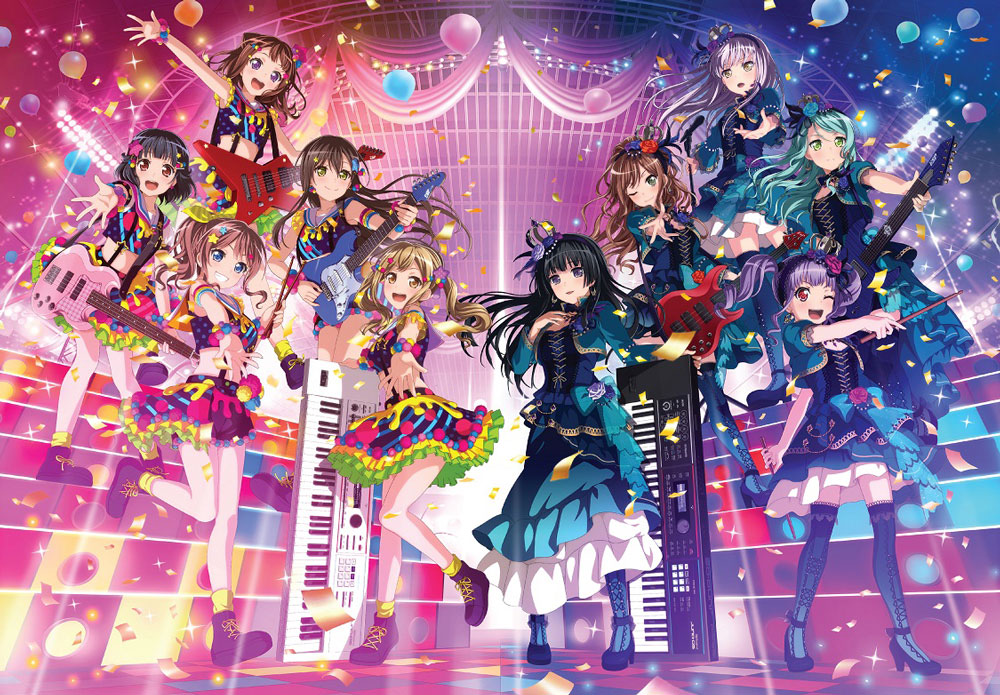