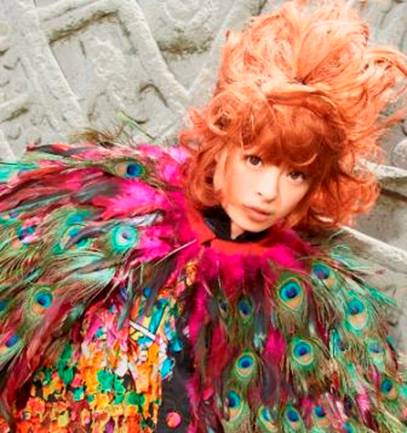 Presented in partnership with Union Square Live presented by the City of San Francisco, the 2013 J-POP Summit Festival will take downtown San Francisco by storm with “cute” J-Pop as a complement to the Festival’s core location, taking place Saturday and Sunday, July 27th and 28th. A variety of live bands, fashion shows, anime and live-action film premieres, Guest of Honor appearances, vendors and a special POP GOURMET Sake Tasting event are scheduled. Additional details on J-POP Festival events and programming are available at:
www.J-POP.com.

An integral part of the theme of J-POP SUMMIT 2013, “kawaii” is a universally celebrated Japanese word that means “cute” or “loveable” and has become a prominent aspect of modern Japanese popular culture and expressed prominently in fashion, music, anime, games, characters, and cosmetics. The word has also become part of daily youth vernacular and is widely used to comment on style and fashion.

“The celebration of the J-POP Summit spreads beyond Japantown this year and we are very excited to bring a special edition of the festival to Union Square, led by one of Japan’s biggest pop stars, Kyary Pamyu Pamyu,” says Seiji Horibuchi, the President/CEO of NEW PEOPLE, Inc. and Chairman of the J-Pop Summit Festival Committee. “By having this opportunity to present the essence of Kawaii Culture to a mainstream and demographically diverse area of the city, we hope to deliver the spirit and creativity of this unique pop culture phenomenon to even more people.”

Born in Tokyo 1993, she began as a model for several Harajuku fashion magazines when she was still in a high school and her unique looks and bizarre language and behavior caught Japan’s, and soon the world’s attention. Kyary Pamyu Pamyu released her major debut, MOSHI MOSHI HARAJUKU in August 2011 from Warner Music Japan, and the music video for its single “PONPONPON,” has been played over 50 million times on YouTube. Her first full-album, Pamyu Pamyu Revolution, was released in May 2012. In February 2013, Kyary Pamyu Pamyu began a world tour and recently released her sixth single, “Invader Invader,” in May.

More information about the J-POP Summit Festival is available at: J-POP.com.