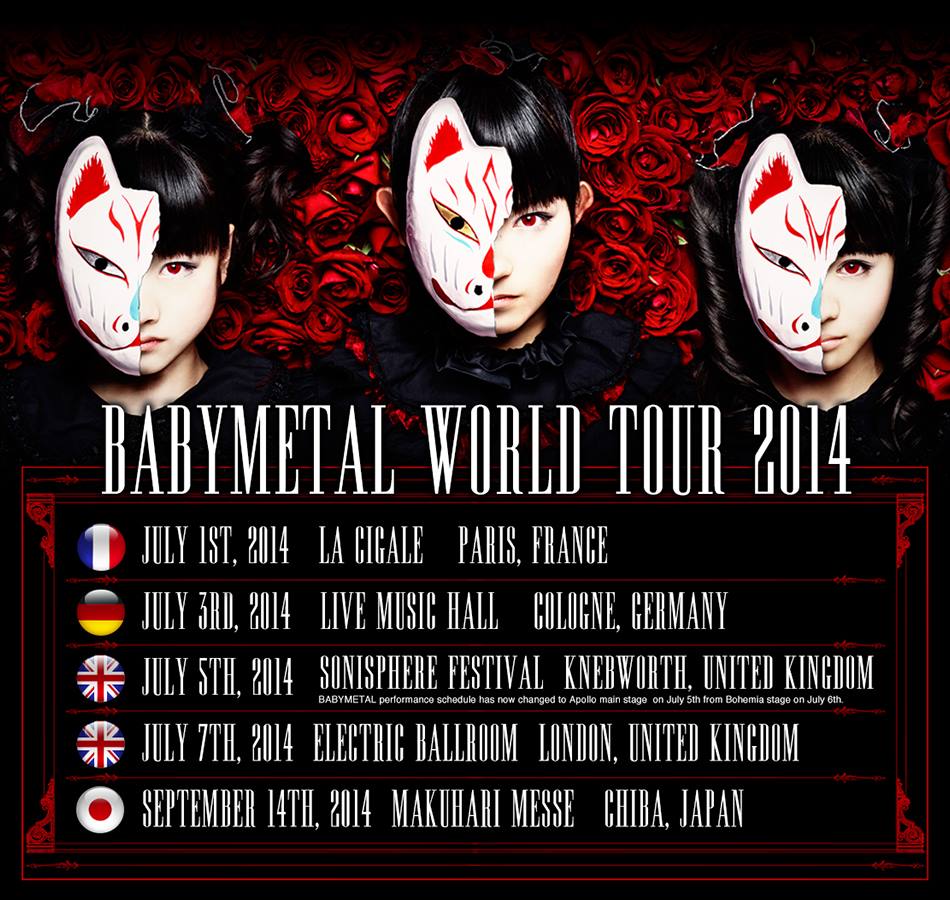 BABYMETAL announced more European concert dates today, including stops in France and Germany. In addition, they’ve been promoted to the Apollo Main Stage for the previously announced appearance at the Sonisphere Festival in England.

BABYMETAL lets you send Fox Fingers to your friends on LINE