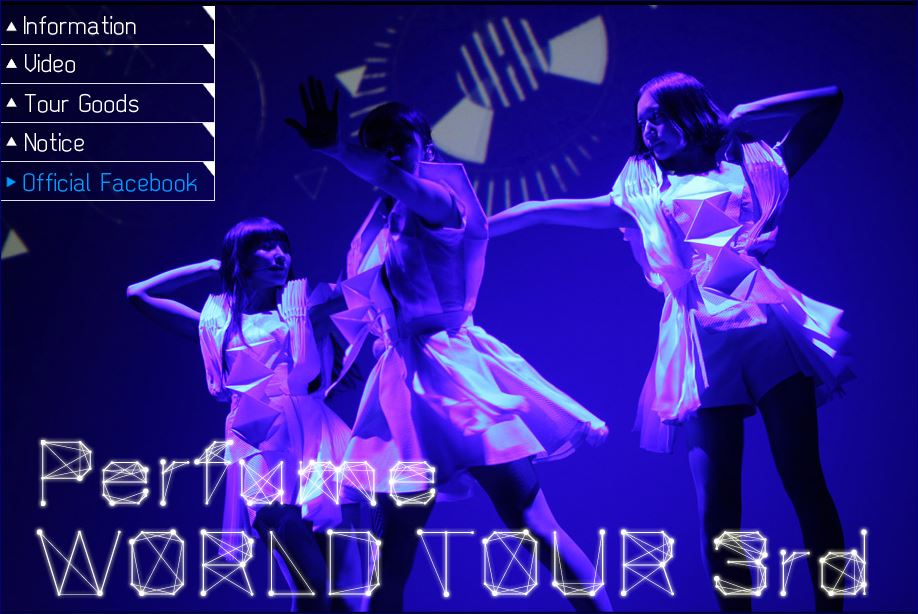 The members of Perfume have released a message for their international fans in connection with their upcoming world tour dates.

“Perfume WORLD TOUR 3rd” is confirmed!! We are finally hitting US soil. When we went to LA for the Cars 2 premiere and walked down the red carpet, there was an American fan saying “come to LA for a concert!” which really touched us. This incident 2 years ago was the first time we thought about touring outside of Japan to meet our international fans.

This year, we finally get a chance to go to the US, the place where we first came to know that there are people waiting for us outside of Japan. We hope to deliver cool music to the world, for the fans who came to see us at that red carpet as well as to those who don’t know us yet. We’re going to show our Japanese spirit so we hope you come see us and support us!

Tickets are on sale now.
http://www.perfume-web.jp/cam/WORLD/

Perfume just released their latest EP “Cling Cling” on July 23rd, which has achieved top spots on the iTunes Electronic Album charts in various countries and regions worldwide. Out of 4 brand new songs on the EP, Perfume created 3 music videos. “Hold Your Hand” lyric video is their very first lyric video which was made by having fans send in photos of their hands with lyrics written on them. Another video highlight is the title track “Cling Cling”. The oriental setting is beautiful and is very popular among international fans.

The “Cling Cling” music video takes place in an underworld like place where all time periods and cultures seem to be mixed together. Very detailed setting, almost like a film, was created by a film production designer, Yohei Taneda who directed the latest Gibli film “When Marnie Was There”. To commemorate the release of “Cling Cling”, Perfume brought and re-created the set from the music video in Harajuku Astro Hall and did a live stream from there on July 14th.