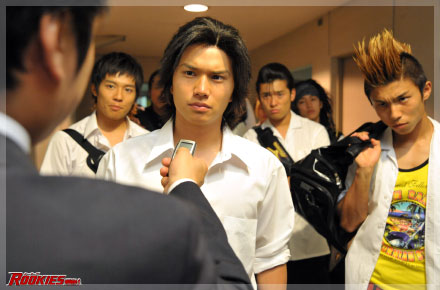 SUMMARY
As the Nikogaku team rises in the qualifying rounds for Koshien, rumors begin to spread about the team, and coach Kawato (Ryuta Sato) earns the attention of the horse-racing obsessed sports writer Yoshida (Atsuro Watabe). Is it possible that the violent kids and their violent teacher are intimidating their opponents off-field?

The High School Baseball League takes the rumors seriously and calls Kawato in for a conference, citing Kawato’s history at his previous school and the recent attack on another coach (see episode 5). The challenge to their team’s integrity comes at the same time as their schoolmates are treating them like celebrities and as the boys are deepening their self-confidence. 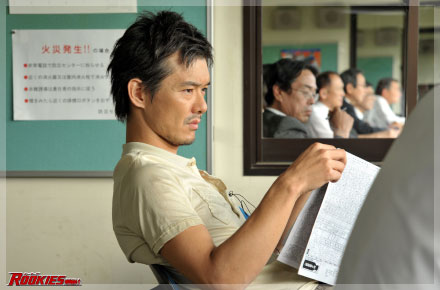 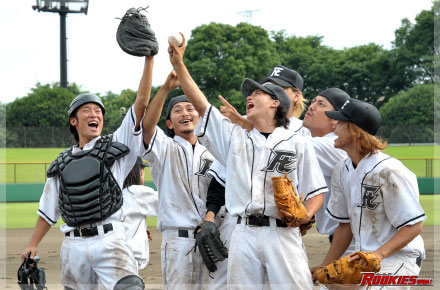 The league’s director bans Kawato from coaching any more games until a hearing can be set with the league’s supervisory board. Kawato eagerly accepts the punishment in exchange for Nikogaku’s continuing participation in the tournament. The director still holds a grudge for the team’s past violence, and vows to ban them from play next year if they don’t prove their worth by advancing to the final round.

At the same moment he stands up for his team’s honor, the students are attacked by thugs as they watch a competitor’s game, receiving serious injuries. Star runner Sekikawa (Akiyoshi Nakao) injures his foot, catcher Wakana (Sousuke Takaoka) breaks a finger, and Aniya (Hayato Ichihara) hides the most serious injury of all, bruised ribs. 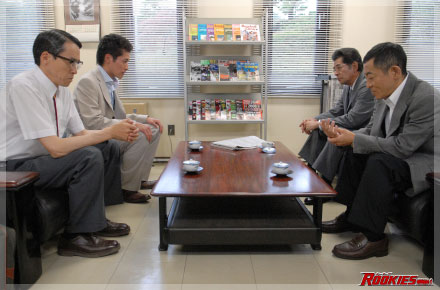 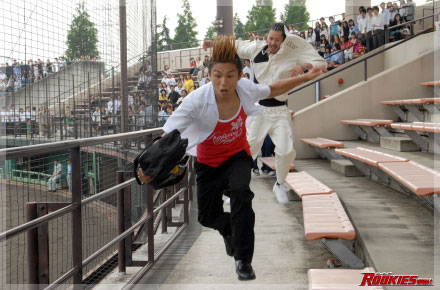 The boys stay late by the river, lamenting the loss of their coach and comparing memories, wondering how they’ll be able to play without him. Aniya visits the hospital and learns that his injuries prevent him from playing the next game. If he pushes himself any harder, he’ll do irrevocable damage and never be able to play baseball again. Aniya keeps the secret to himself and gets ready for the game, but Kawato is unsure, and moves Aniya to the end of the batting order.

Kawato gives his team a final pep talk before sending them to the field with Vice-principal Ikebe (Kazuyuki Asano) filling in as coach. The boys are depressed to see the dugout missing their most important supporter, but they’re surprised to see the stands filled with students who’ve come to cheer them on in his stead. Behind the stands, Aniya collapses in pain, clutching his side. 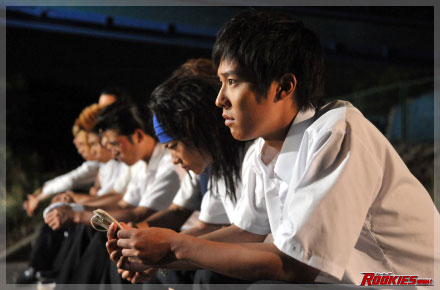 THE WIND UP…
The penultimate episode is pretty much all setup, creating jeopardy for both the team and their coach. Kawato’s tears and restraint during his locker room speech are indeed moving, and he regards these young boys and their vital spirits for what he believes may be the final time. For all the teasing and jeers, this team adores him and the possible loss of their leader is rocking their foundation. Great acting from Sato and the ensemble. 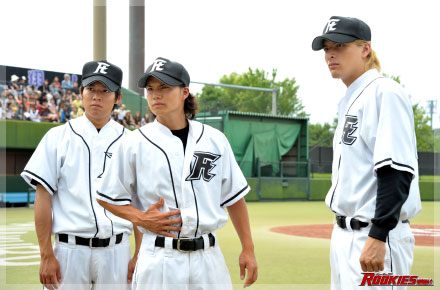