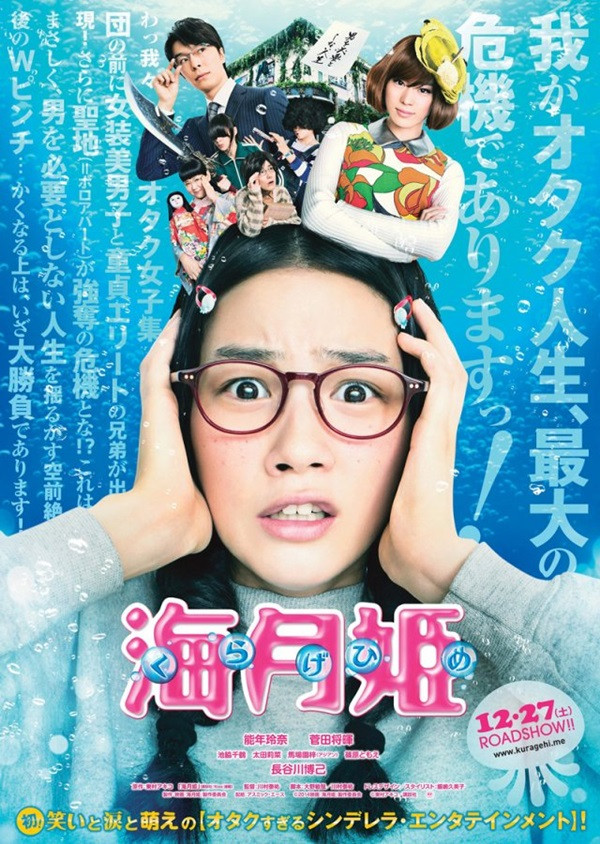 Very rarely do female geeks get the same treatment as their male counterparts. They may be obsessive and awkward, but their quirks are endearing and adaptable to modern society. That’s what makes Princess Jellyfish so appealing. The geeks of this live-action adaptation are full on 40-Year-Old Virgin awkward, and they wouldn’t have it any other way.

Tsukimi Kurashita (Rena Nouen) and her Amamizukan flatmates, known collectively as the “Amars”, spend their time avoiding men and fashionable women. Instead they pursue their one interest, be it trains or kimonos. Tsukimi’s obsession is jellyfish, and a chance encounter at the pet store with the cross-dressing son of a politician, Kuranosuke Koibuchi (Masaki Suda), couldn’t come at a better time. He brings her out of her shell and helps the Amars take a stand against developers trying to tear down their safe haven. 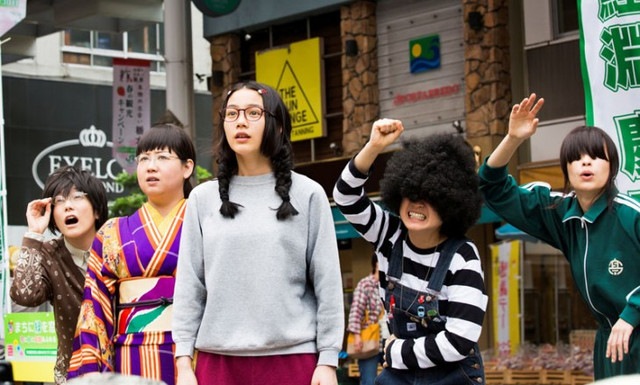 The over-the-top characters of Princess Jellyfish welcome the slapstick nature that many shoujo manga adaptations retain. Everything is already exaggerated so it doesn’t seem completely absurd to have Tsukimi literally become petrified by social anxiety. Amidst the lightness is sincerity. A particularly breakthrough moment occurs when Mayaya’s (Rina Ohta) eyes are uncovered literally and figuratively as the target of childhood bullying. While that might fly over the heads of Western audiences, it speaks to many narrow-eyed Asian girls who have contemplated double eyelid tape and surgery.

Unfortunately Princess Jellyfish relies on some cheap jokes, particularly when it comes to the virginal status of Kuranosuke’s stiff, rule-abiding older brother Shu (Hiroki Hasegawa). It seems as if the theme of acceptance doesn’t extend beyond Kuranosuke and the Amars. The film also suffers pacing issues. The climax’s urgent crisis gets dragged out and is solved in the most impractical manner. 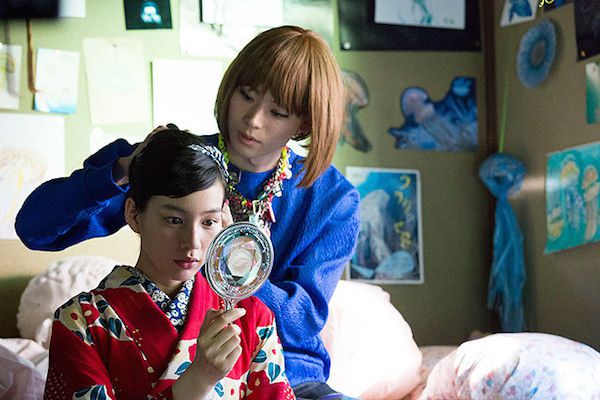 Despite this, it is an entertaining watch. Rena Nouen is extremely cute and does a great job of
portraying Tsukimi’s inner transformation. The MVP award, however, goes to Masaki Suda for his constant wardrobe changes and ability to fool Tsukimi’s flatmates into thinking “Kurako” is a girl who was raised to be a boy. Princess Jellyfish may not be a deep movie, but it’s nice to have a chick flick that truly focuses on inner beauty and friendships. 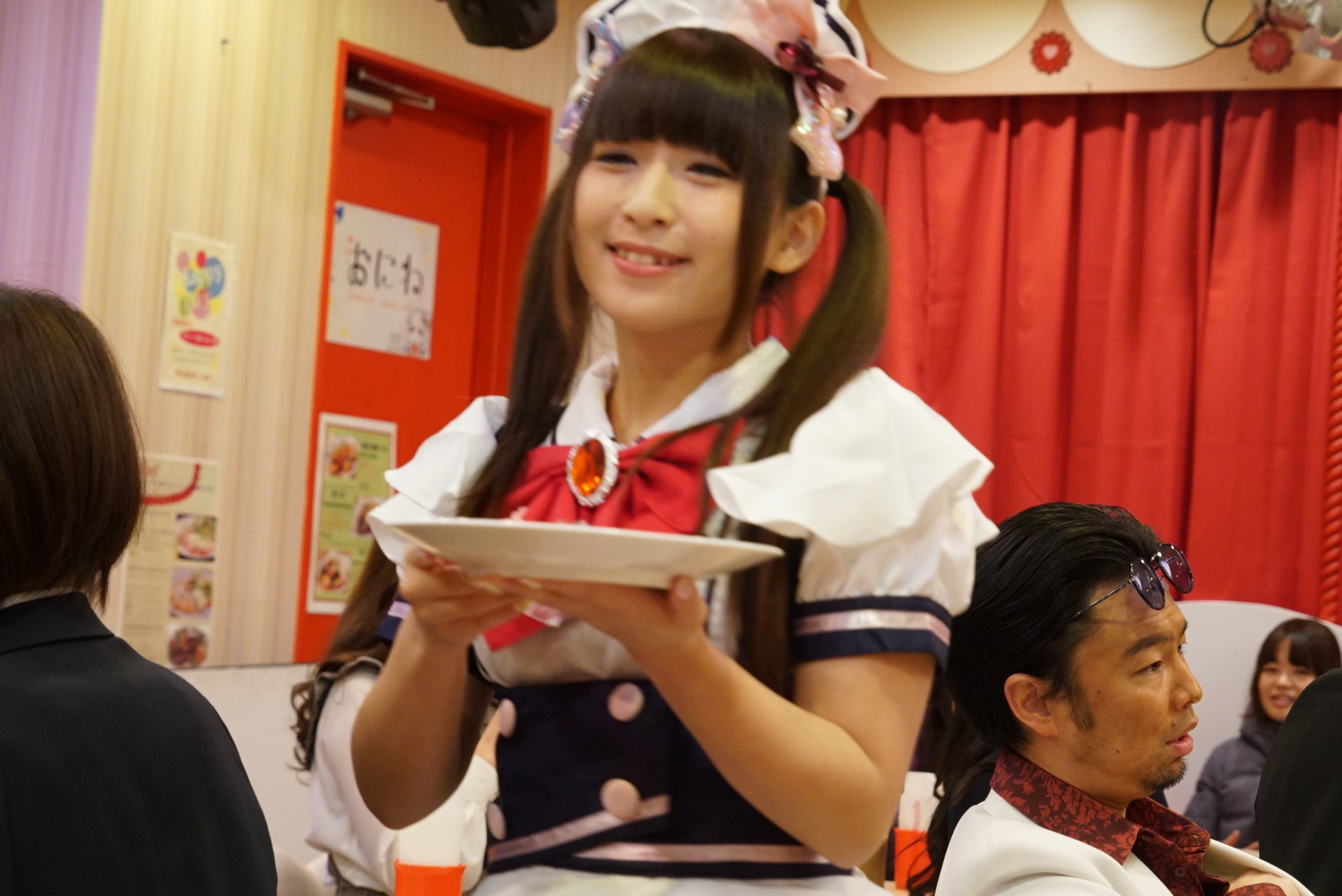