In the aftermath of Hanzawa’s face-off with the bank’s disciplinary committee, his superiors scramble to do damage control and put a swift end to Hanzawa’s unpredictable plan. Moreover, the longer they wait to put Hanzawa in his place, the more they’ll risk damage to their own fragile reputations.

Hanzawa (Masato Sakai) finds an unlikely ally in the bank’s Executive Director Owada (Teruyuki Kagawa), who’s watching Hanzawa’s actions from headquarters with wariness and amusement (and also, from a strategically safe distance). He’s intrigued by Hanzawa’s spirit and ability to one-up his superiors, and he refuses to step in, urging branch director Asano and his comrades to clean up their own mess. 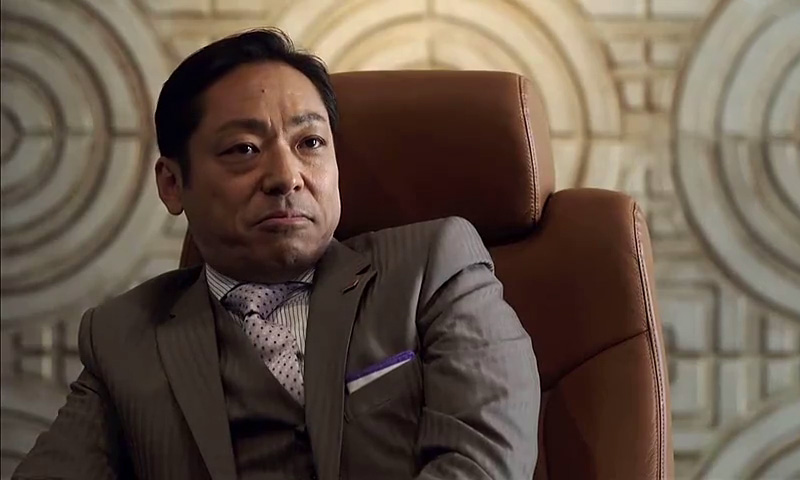 Hanzawa promises bank manager Asano (Kanji Ishimaru) that he’ll find a way to track down the missing funds, subtly reminding Asano of his private promise to apologize on his knees to Hanzawa if he recovers the 500 million yen stolen by Nishi Osaka Steel’s fraudulent owner, Higashida. Hanzawa begins working with one of Nishi Osaka Steel’s victims, a gruff factory owner named Takeshita, to review the company’s accounting books for even the slightest possible lead.

A surprise discovery leads Hanzawa to a secret vacation home purchased by Higashida, and he races Tax Bureau Chief Kurosaki (Ainosuke Kataoka) to locate the property. When Hanzawa locates the Hawaii villa, he seems to have scored a small victory: reclaiming an asset valued at 50 million yen would be a solid first step toward saving Hanzawa’s job. But Kurosaki pulls some political strings and snatches the property away at the last minute, leading the two men to a face-to-face declaration of war. Hanzawa vows to keep up his pursuit, even when so many members of the organization tell him it’s a lost cause. Whoever gets in his way will get “double payback”. 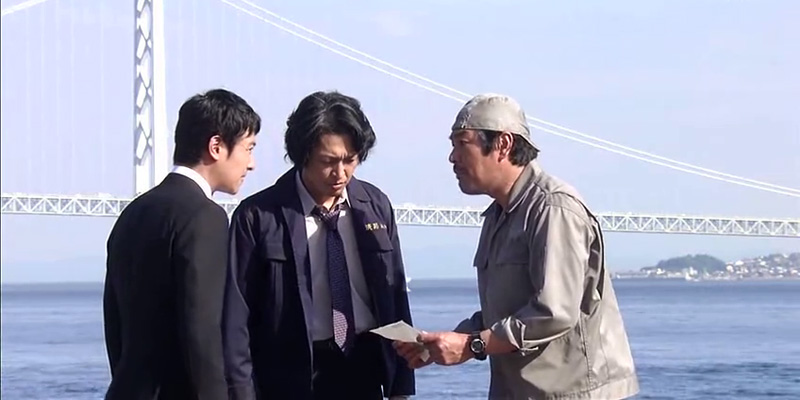 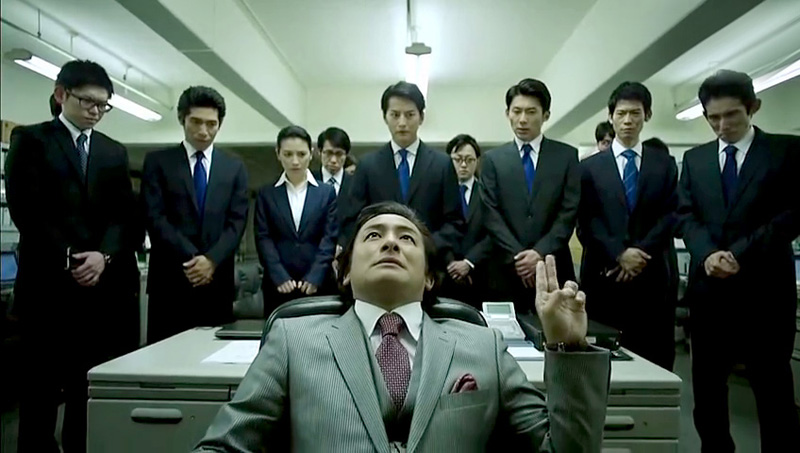 THE COLD STARE
When Hanzawa exposes one of Takeshita’s friends as a spy for Higashida, Hanzawa cunningly traps him into revealing his secrets, laying down a few not-so-subtle threats in the process. Takeshita wonders out loud if maybe Hanzawa’s really one of the bad guys at heart, and it’s not hard to see why he has doubts. Sakai’s evil stare and sheer ferociousness when confronted by betrayal is so ultimately dark and piercing, there’s a lot to be afraid of. 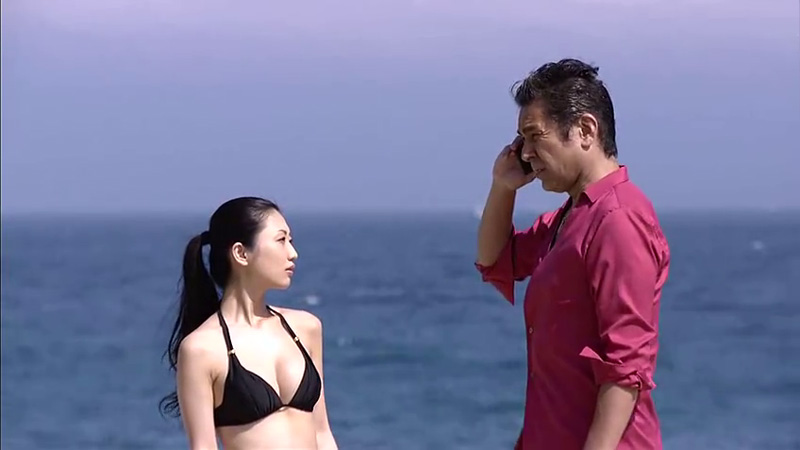 STOP THAT TRAIN
Hanzawa’s back-hallway race to the records room to retrieve Higashida’s smoking-gun deposit slip ahead of Kurosaki is as intense as it is fun. Bets are you’ve never seen this much running in your local bank. Hanzawa knows it’s sink or swim, and his quick thinking and quick feet buy him a few crucial hours to investigate. 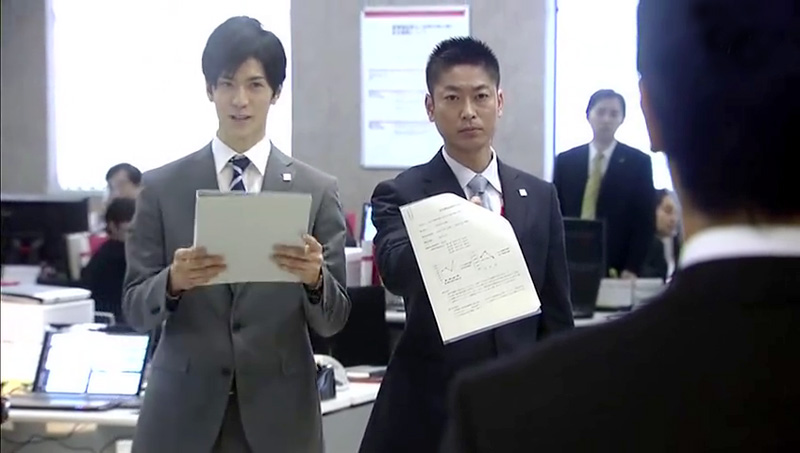 TEAM EFFORT
Hanzawa’s team steps in to help out when Hanzawa’s superiors attempt to bury him in paperwork. At a crucial moment, his subordinates surprise Hanzawa and the branch manager by completing reports that Hanzawa had ignored in the heat of his pursuit. It’s a warm moment that reminds Hanzawa that he’s not the only banker with a soul.

During some hectic document-smuggling moments earlier in the episode, Hanzawa tells his staff to put all the blame on him if something goes wrong. “But this is a bank,” his junior associate reminds him. “The superior takes credit for a success, and the subordinate takes the blame for a failure. That’s how it’s supposed to be.” Hanzawa retorts, “I don’t want to be that kind of banker.” It’s a human moment rarely seen in that world, and it pays off in the loyalty of Hanzawa’s team. 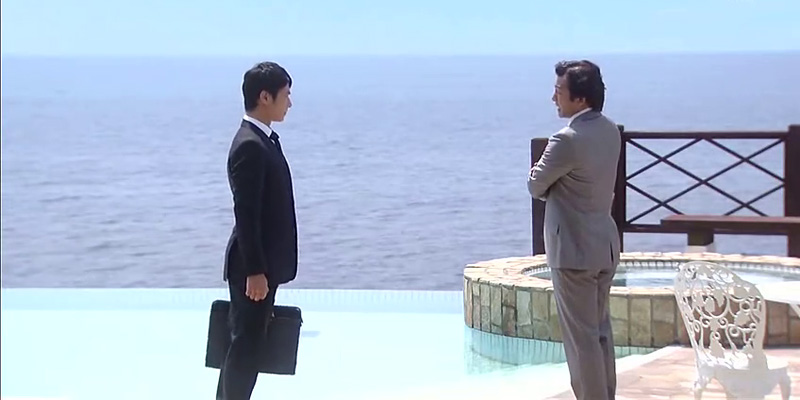 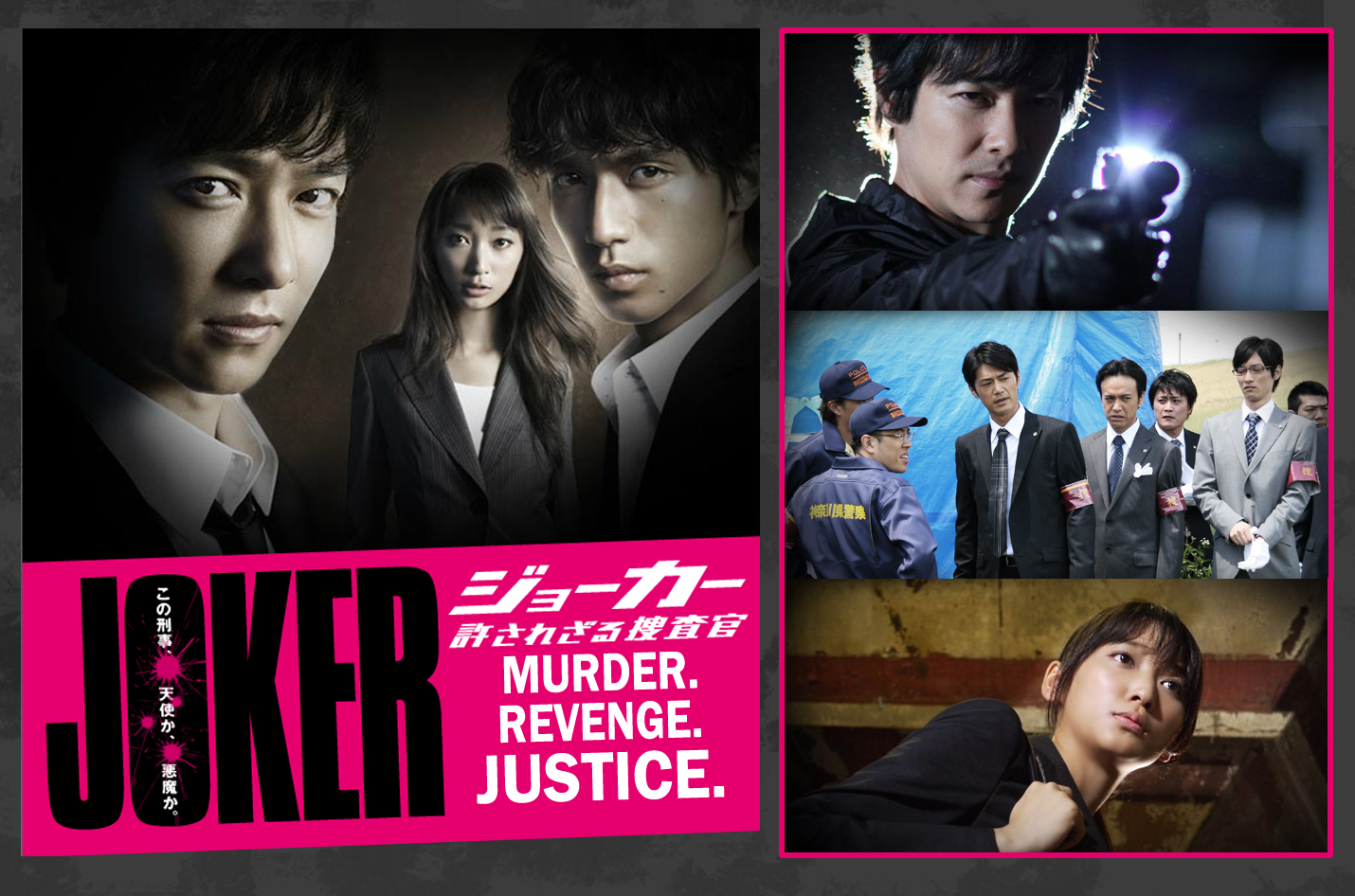 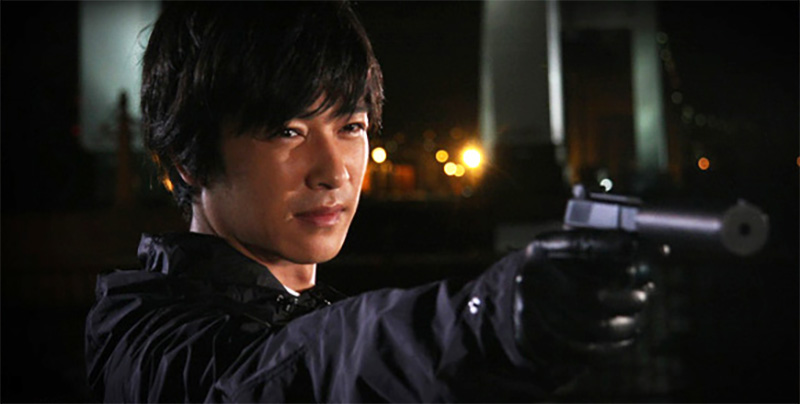