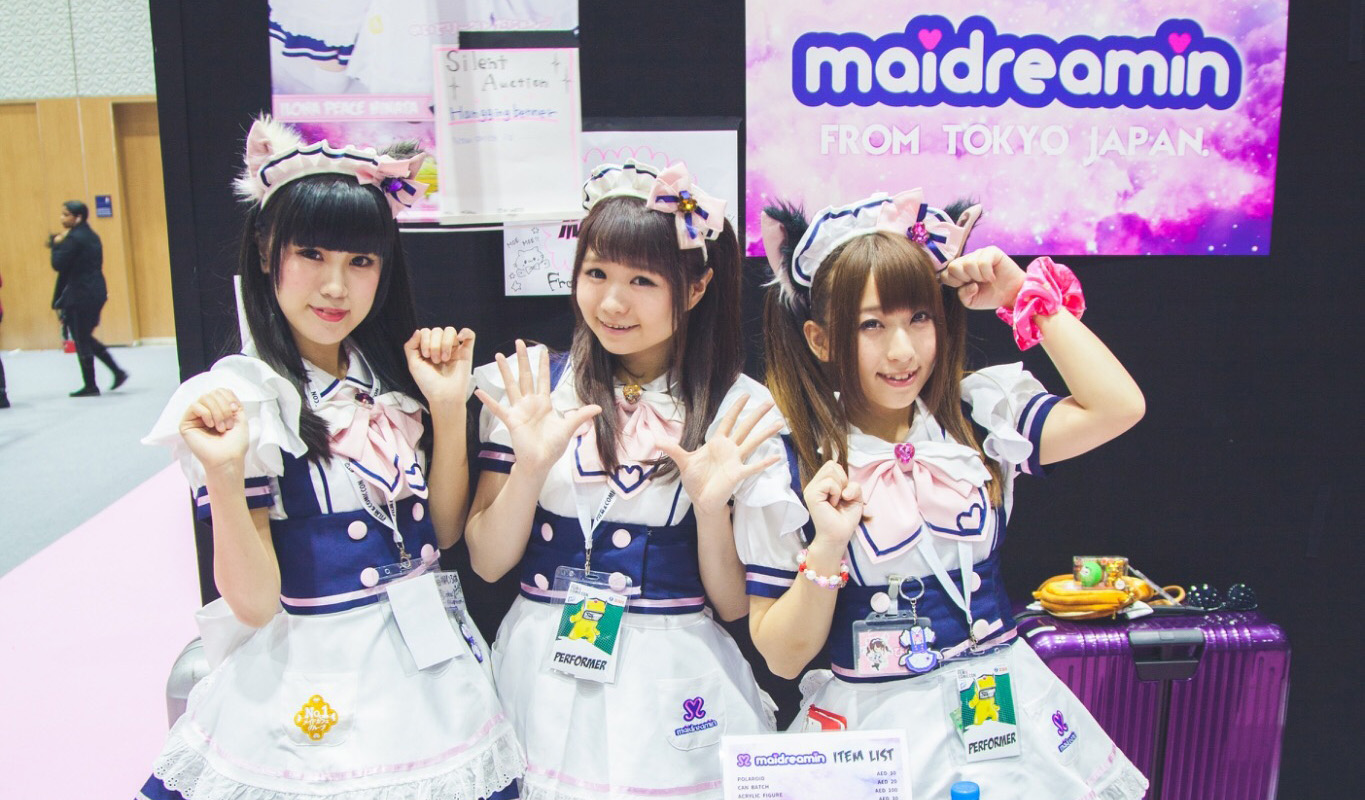 The trio of maids — Peace (from Shinjuku), Hinata (Shibuya), and Iroha (Akihabara) — took a break from their busy schedules to perform authentic maid service for the fans at the MEFCC event, a return visit to the region for Peace and Hinata, who had traveled to Abu Dhabi ANI:ME in October 2016. They performed a live music show and greeted long lines of “masters and princesses” who requested autographs of their music CD Dream Collection, which included their singles “Yume No Kumatan”, “Suki Daekedo”, and “Dreamin Passport 10th Anniversary Version”.

Peace, one of maidreamin’s most popular maids, said “There were so many people who love Japanese culture, anime, and fashion. I was so happy to meet them again!”

“Many people who visited us at Abu Dhabi ANI:ME came back to see us again,” Hinata said with a big smile. “They remembered not only our names, but our songs and even the dance! We were honored to perform in such a beautiful country.”

Hinata and Peace had visited the Middle East region before, but it was the first international event for Iroha. “I fell in love with the beautiful atmosphere and friendly vibe of MEFCC. It was a perfect fit for the maid café presented by maidreamin, they’re both places where you can enjoy fantasy and also be your true self.”

“I’ll be so happy if I can see you all again!” said Peace. “Please come to Akihabara and visit us when you come to Japan! MoeMoe Kyun!” 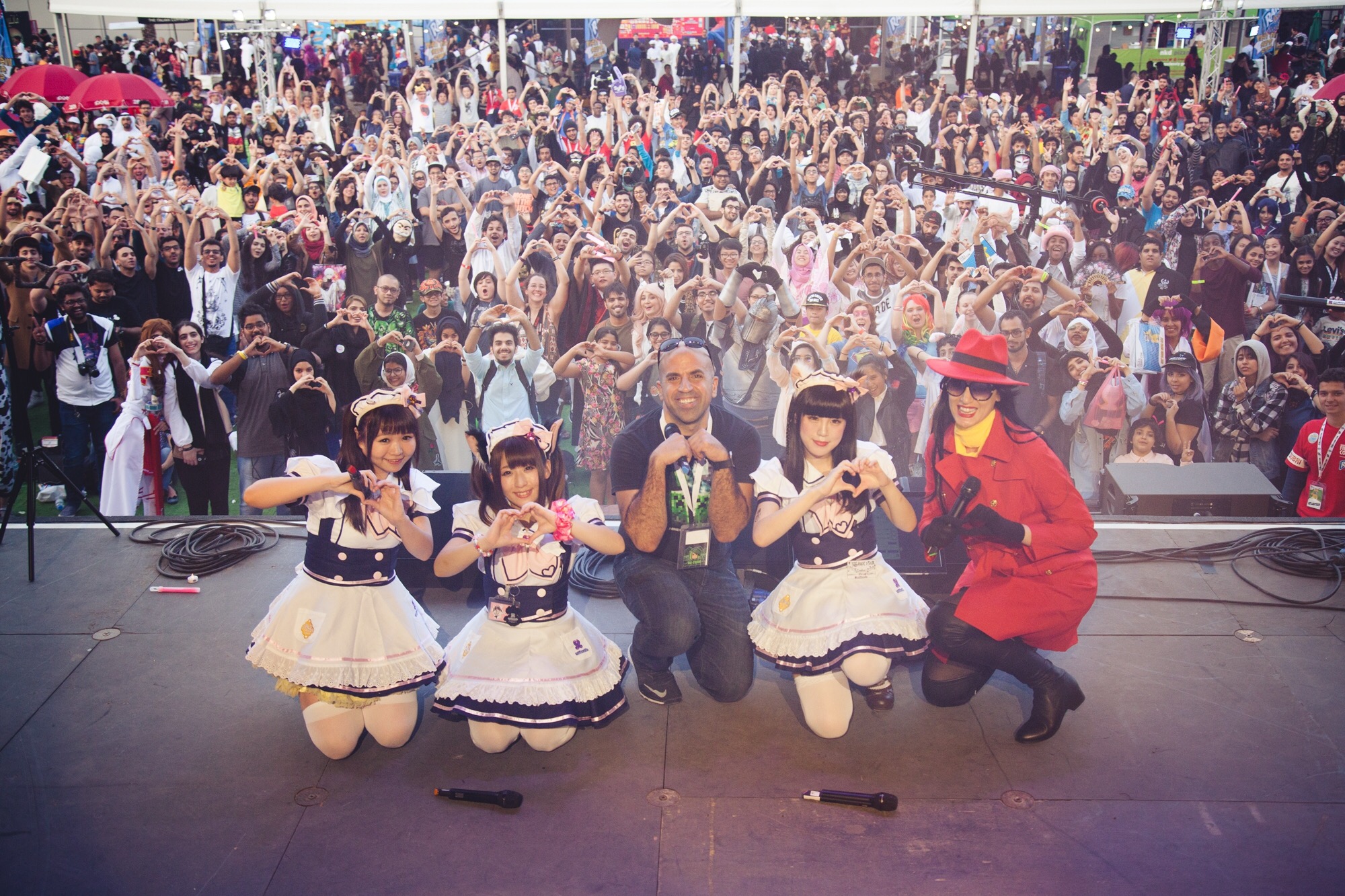 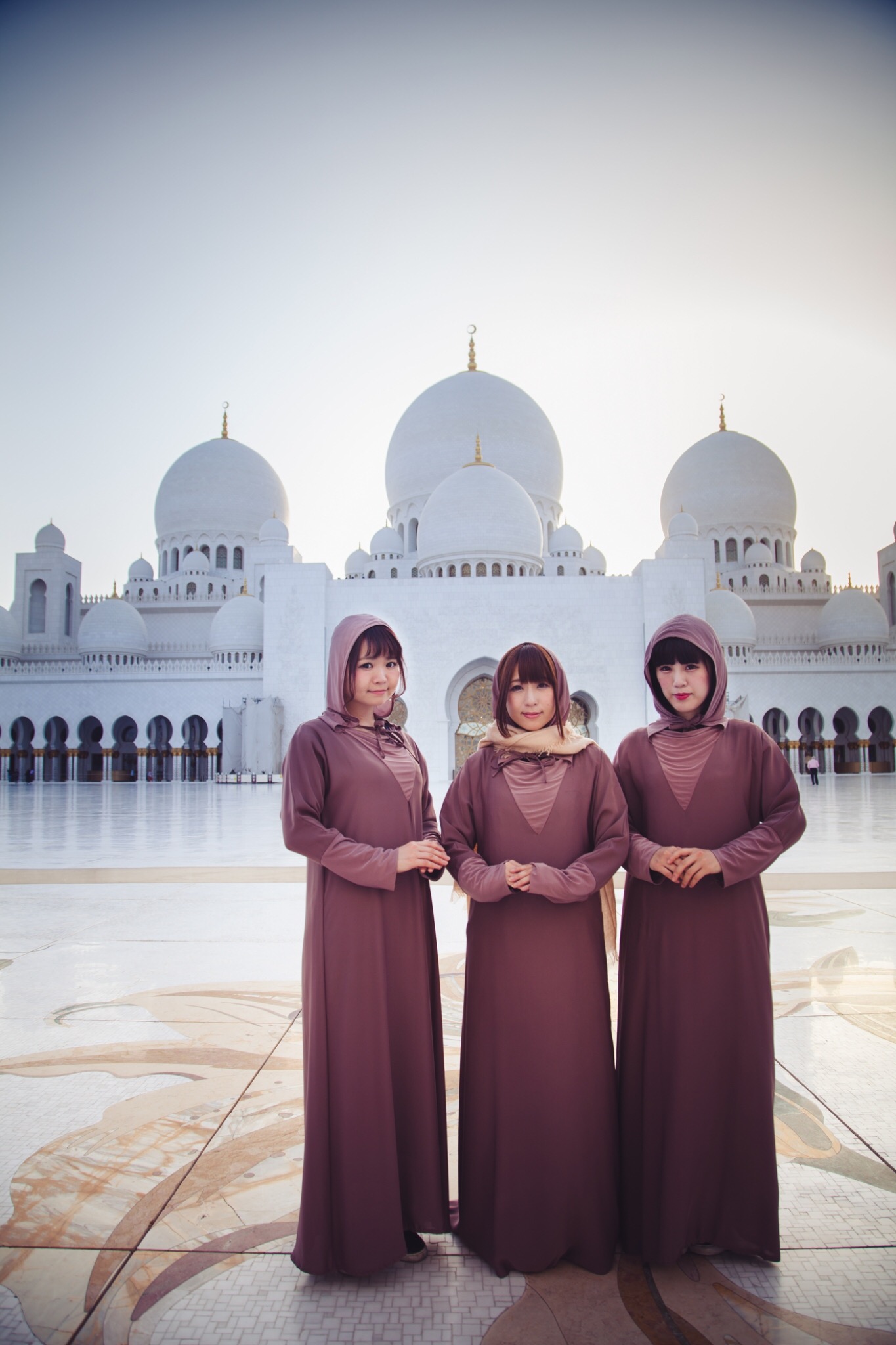 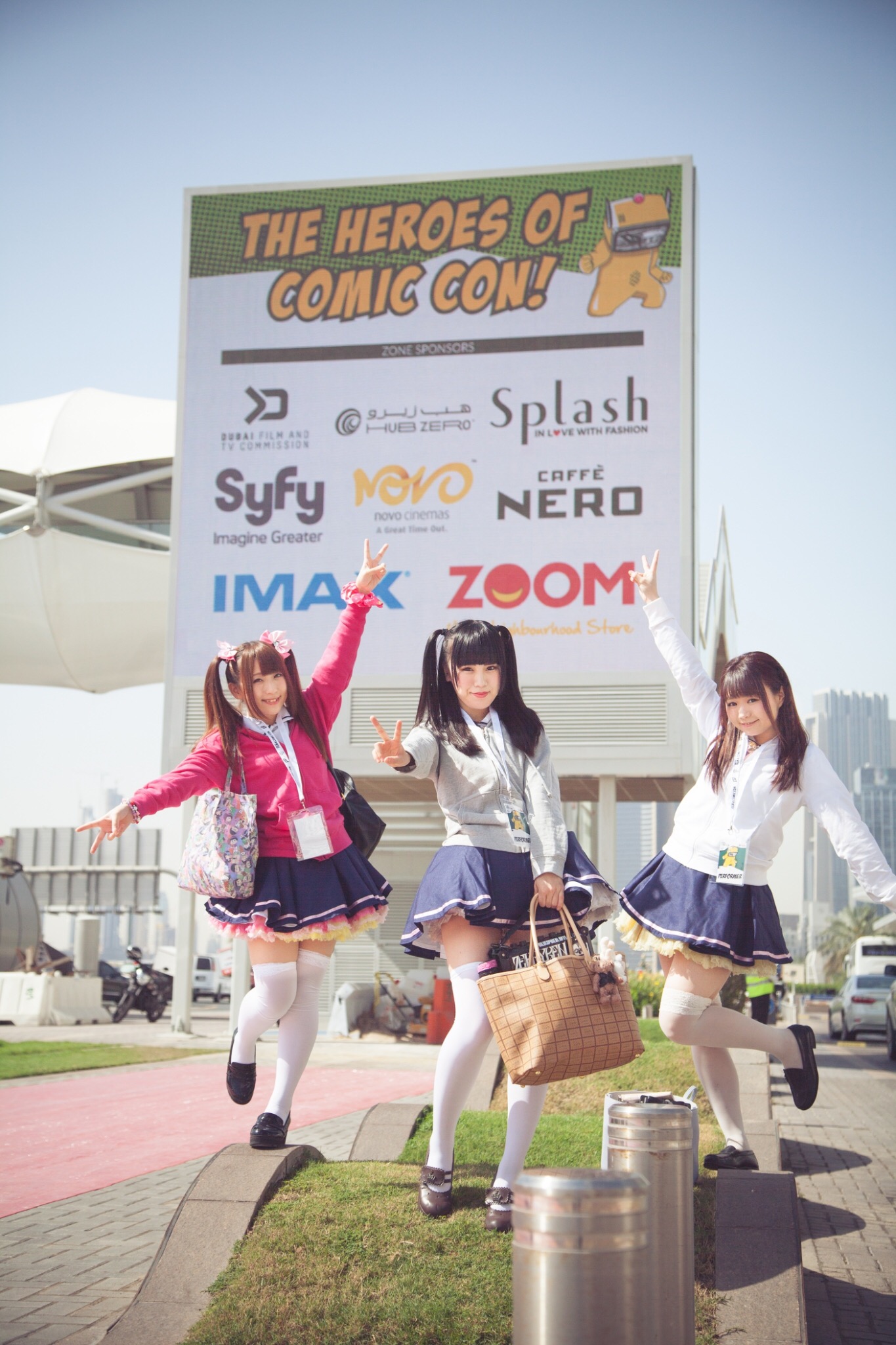 maidreamin is the No.1 Maid Café restaurant in Akihabara. Founded in 2008, maidreamin has become the largest maid cafe chain with 17 locations and over 400 servants from Japan and around the world.

In 2016, three of maidreamin’s most loved and awarded maids appeared as guests of honor at Anime Expo in Los Angeles, the top anime and Japanese culture event in America. Expert maids Mariru, Hinata, and Ayame performed as “maidreamin Special Unit: 003”, delighting fans and instructing newcomers at the AX Maid Cafe on the traditions and excitement of maid cafe culture.

The AX Maid Café sold out on the first day. Attendees had the unique opportunity to experience authentic Japanese maid cafe performances at the maid cafe. maidreamin spoke in frequent English to the audience, starting their show with the candle ceremony by saying, “When we light this candle, we know our masters and princess are here. We are your maids. Welcome back to maidreamin. Moe Moe Kyun!”

In addition to their performance at the maid café, maidreamin performed a live show at the AX2016 opening ceremony stage in front of the packed audience. The streaming anime service Crunchyroll invited maidreamin to their stage on day 2 of the event and set the record for fans in attendance at the booth during the convention.

maidreamin welcomes fans from all over the world at their cafes in Japan, and spreads their happiness message in English and Japanese to male and female fans of all nationalities (Twitter: 15,000+ followers, Facebook: 60,000+ followers). Maidreamin’s popularity and influence continue to expand, bringing smiles to Japanese culture fans everywhere. 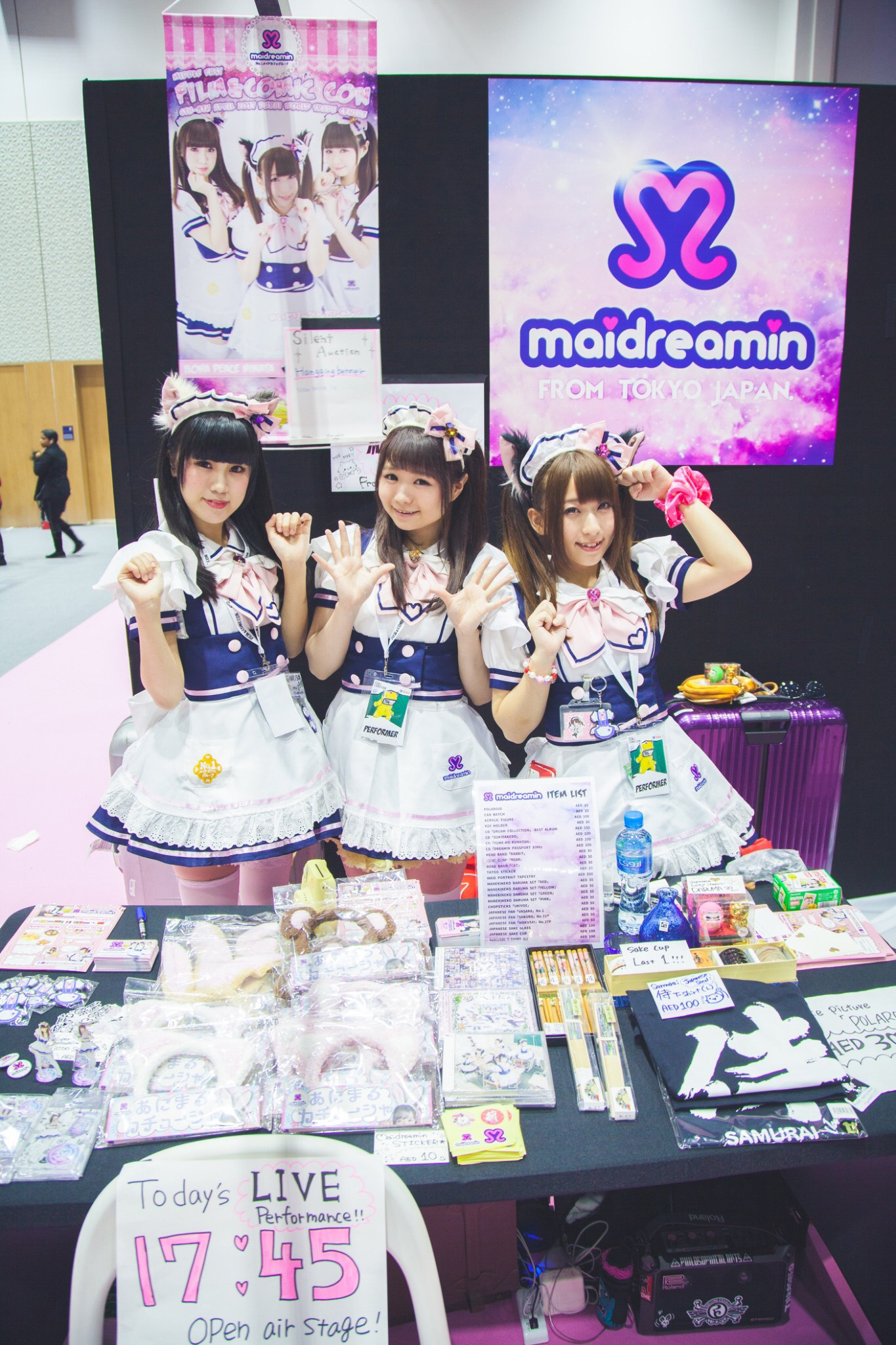 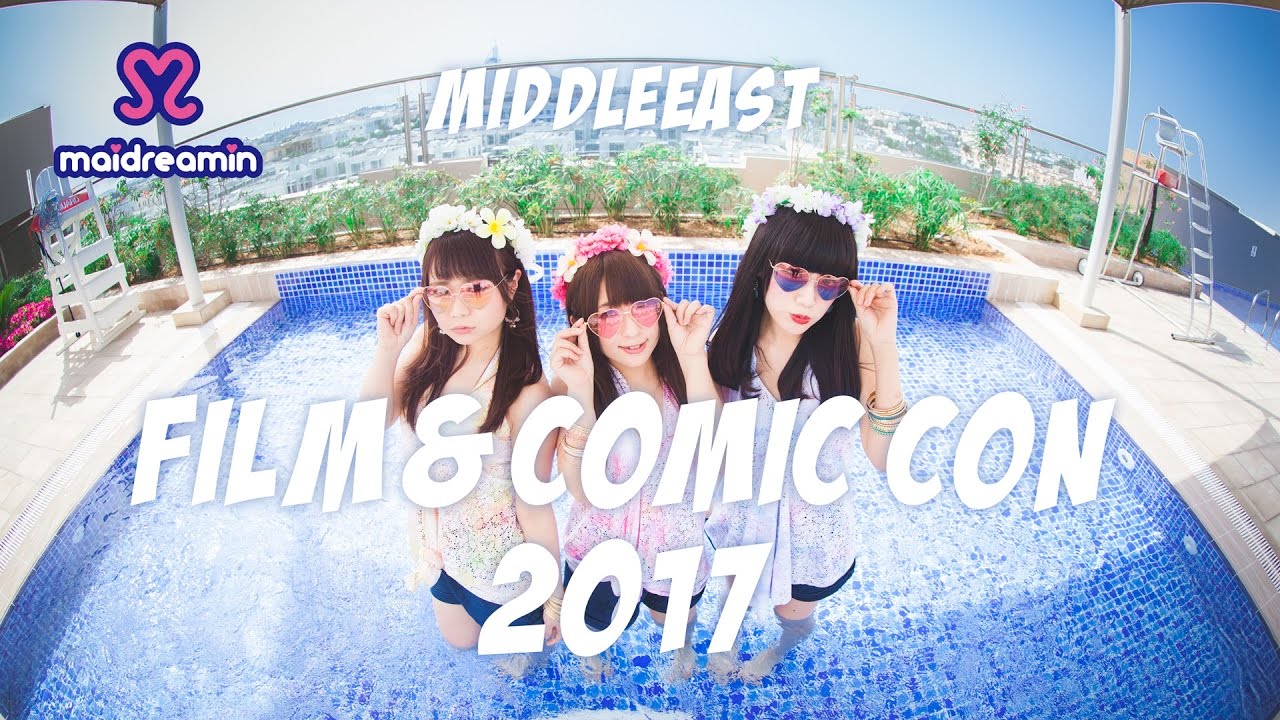 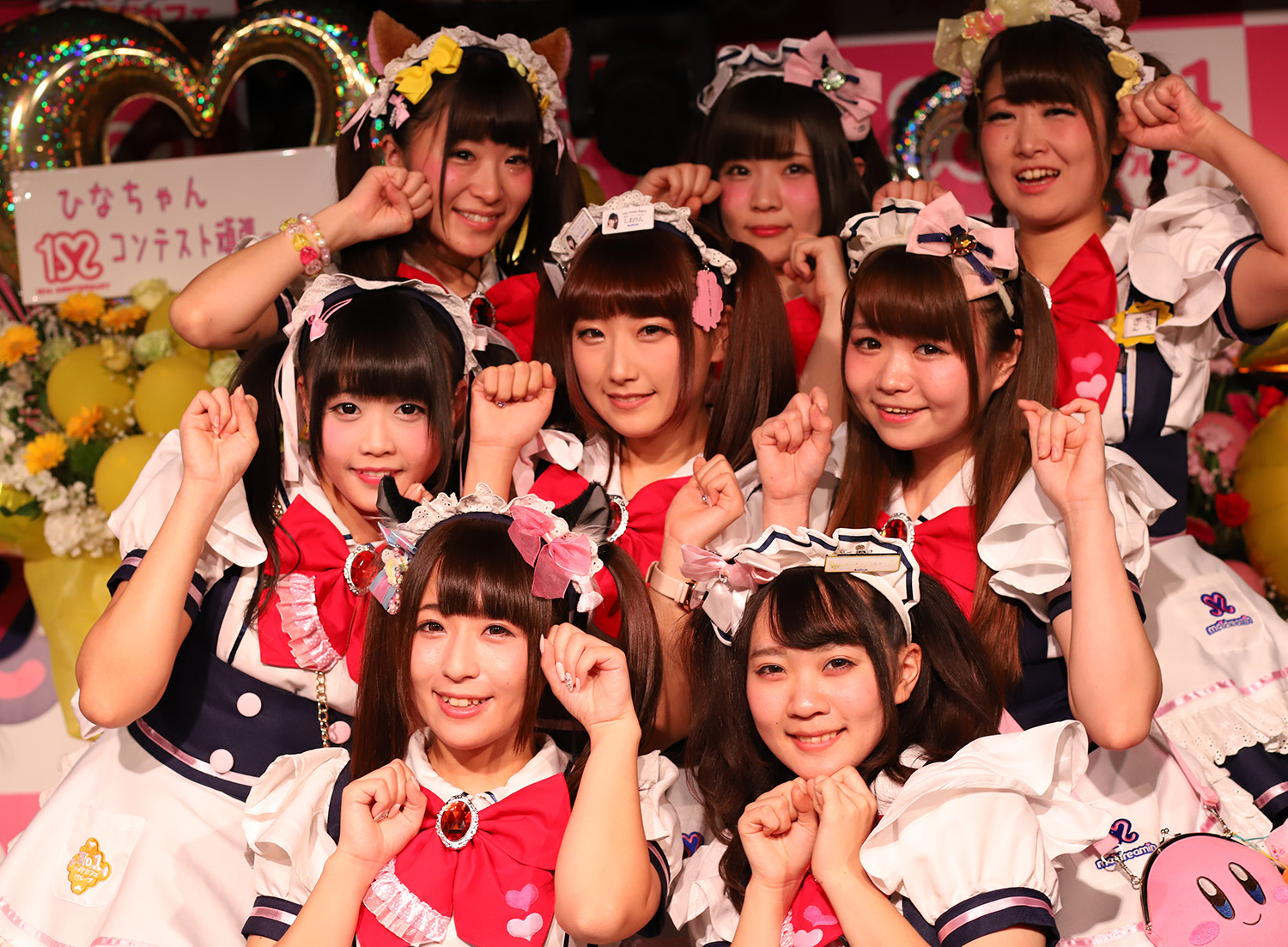 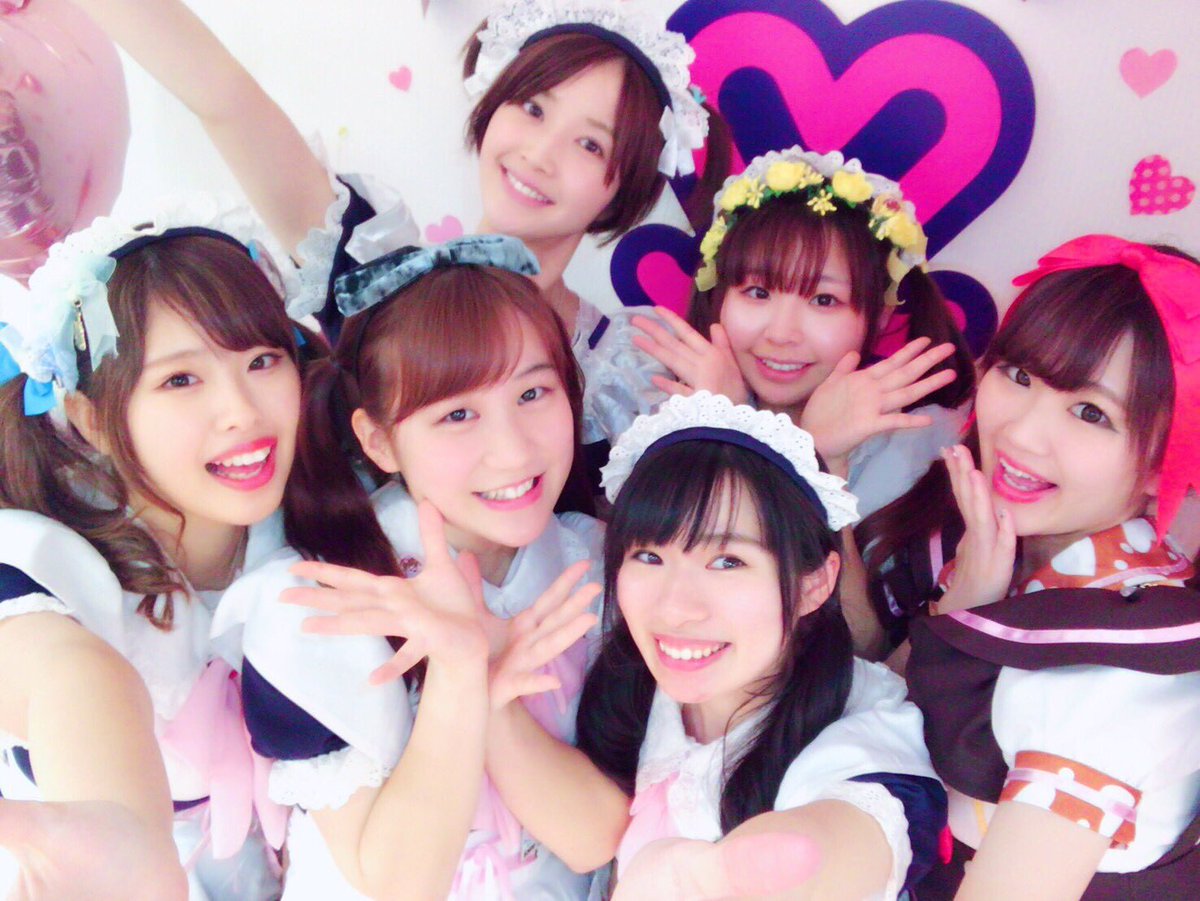 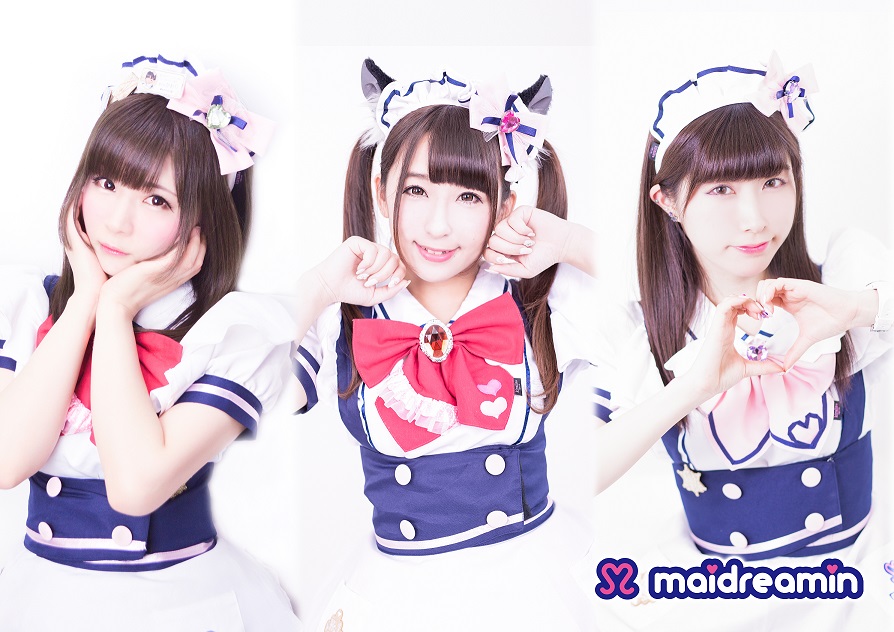 maidreamin serves “moe” to Montreal at Otakuthon in August