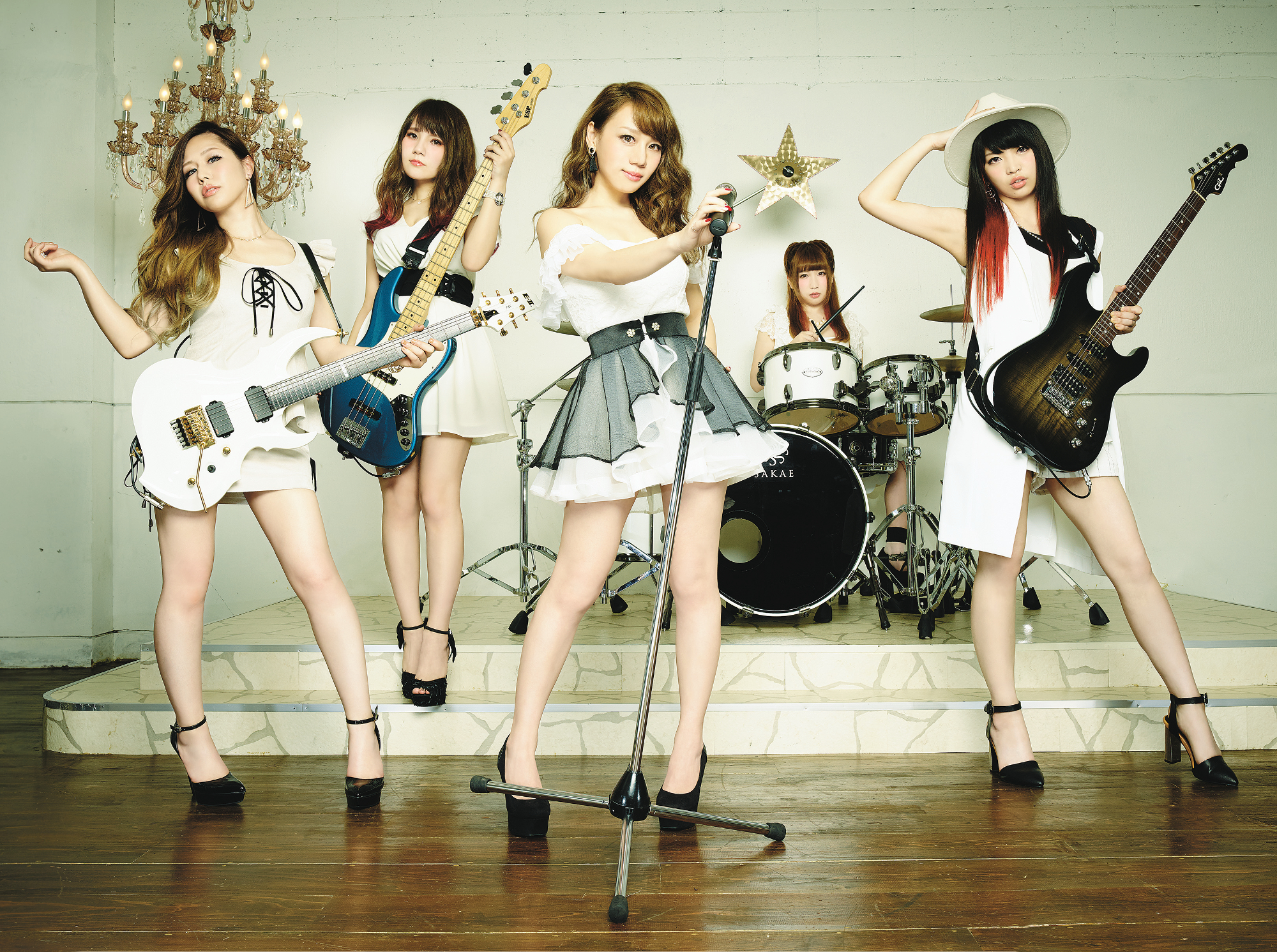 LOVEBITES is a new five member heavy metal band currently signed by Victor Entertainment. The band is composed of Asami on lead vocals, Midori on guitar, Miho on bass, Haruna on drums, and Mi-ya on guitar and keyboard. We were able to conduct an interview with three of the members: Asami, Miho, and Midori.

Congratulations on the THE LOVEBITES EP release last month. The musicianship on the EP is superb, and it’s got a very powerful raw sound. What has the public reception been like?

Asami: I’m so glad — all of the people who have listened to the EP seem to really like every song, so I really appreciate it.

The band had their first public live in November of 2016. When did the band first form?

Asami: As a band it may have been in 2016, however I met Miho and Haruna about 2 years ago.

Can you tell me more about the band’s origin? How did all of you get together?

Asami: Ah, it’s difficult to explain. For me, it was through demo work. My demo made its way to Miho, and she liked what she heard.

Miho: The four of us — Midori, Mi-ya, Haruna, and myself — already knew each other, and we all agreed on Asami.

Asami: Yes, they all knew each other already.

(to Asami) So you’re like the new person coming in?

Miho and Haruna were both in Destrose, Mi-ya was in A Drop of Joker, and Midori was in gekijometalicche. Asami, what was you music background prior to LOVEBITES?

Asami: I have a R&B and soul background, so I didn’t know much about metal. But I wanted to try something new and to express myself in this genre.

Is that the vocal style that was on the demo that Miho heard? R&B and soul?

Asami: My demo? It was rock.

So this isn’t the first time that you sang in a rock/metal style?

Asami: Actually, I perform as a backing vocalist even now for various artists, mainly for rock artists, so it isn’t my first time.

Mao, who also has written songs for Light Bringer and Fuki Commune, wrote the music for two of the songs on the debut EP. How has it been working with him?

Miho: He’s very good. His strength is an example to us.

Three of the songs on the EP have English lyrics and one is in Japanese. Will your future songs have lyrics primarily in English, Japanese, or about equal for both languages?

Asami: It will be all in English, only English. I’m not perfect, but we’re going to try in English.

Are there plans for any touring in support of the EP?

Asami: We really want to do a large show, of course, so we’re working toward that.

Midori: We’re working on the next album now, so after that it’s a possibility.

Yes, I saw on your social media you are recording now?

Have you tried out any of your new songs live yet?

Can each of you use one word to describe the sound of LOVEBITES?

The next set of questions comes from the LOVEBITES fan group on Facebook. At what point did each of you realize that you liked metal and decided to pursue performing that genre?

Asami: I mentioned earlier that I wanted to try something new and express myself through metal. I was exposed to this style of music working as a background vocalist on various projects. From those projects my appreciation for rock grew.

Midori: I’m not sure at what point exactly. The more I played guitar, the more I started thinking I wanted to play more technically difficult and complex music, so I shifted to this style.

Of all the various types of rock and metal out there, do each of you have a favorite style?

Midori: As for me, I love metalcore, and quite recently deathcore.

Asami: In particular I really like Halestorm and Lzzy’s style.

Midori: I love all types of music – funk, especially 70s funk, soul, fusion, R&B, gospel, a little Latin, a little jazz. I like everything. I want to play everything.

What artists are you currently listening to?

Midori: I love Extreme. I keep studying their style, so I’m listening to that. Also I’m really into deathcore recently, but I shuffle through different songs on Spotify so I don’t know exactly what bands in particular. For some reason I’m really digging metalstep again, such as Korn’s The Path Of Totality.

Miho: All heavy metal really. Recently Accept. I want to make a new song that sounds like Accept.

The lyrics for “Scream for Me” were written by Dr. U. Who is that?

Miho: That is Mi-ya’s acquaintance. An American guy who lives in Tokyo. We haven’t met.

There have been many great classic rock songs over the years. There are some amazing cover versions of songs which bands perform and make their own. In November, you covered Halestorm’s “Love Bites (So Do I)”. Are there any other songs that you would like to cover?

Miho: There are many, many songs we want to cover. Metallica, “Painkiller”, “Bad Boys” by Whitesnake.

I read online somewhere that there was a secret show in August I think, all cover songs?

Miho: I hope to someday play those songs again.

Who designed the new logo for the band?

LOVEBITES: No one in the band. Yoko, a freelance graphic designer who used to work at JVC did that for us.

Are there any groups you’d like to tour or perform with?

Asami: We have to say this is a huge dream.

Miho: I want to play with the big four. Megadeth, Metallica, Anthrax, and Slayer.

Midori: Yes, yes! Opening for them.

Asami: For me, Halestorm.

Where would you like to see the band in a few years?

Midori: I want to play and perform in festivals overseas. Hellfest in France.

Miho: I’ve been to America twice before when I was in Destrose — Kansas and Oklahoma. I would love to return again to the states.

What type of songs can we expect from the next album?

Midori: There will be one song that sounds like an anime metal song.

Asami: The new album will be coming out later this year. We’re going to dig deeper into the metal sounds and make something incredible. 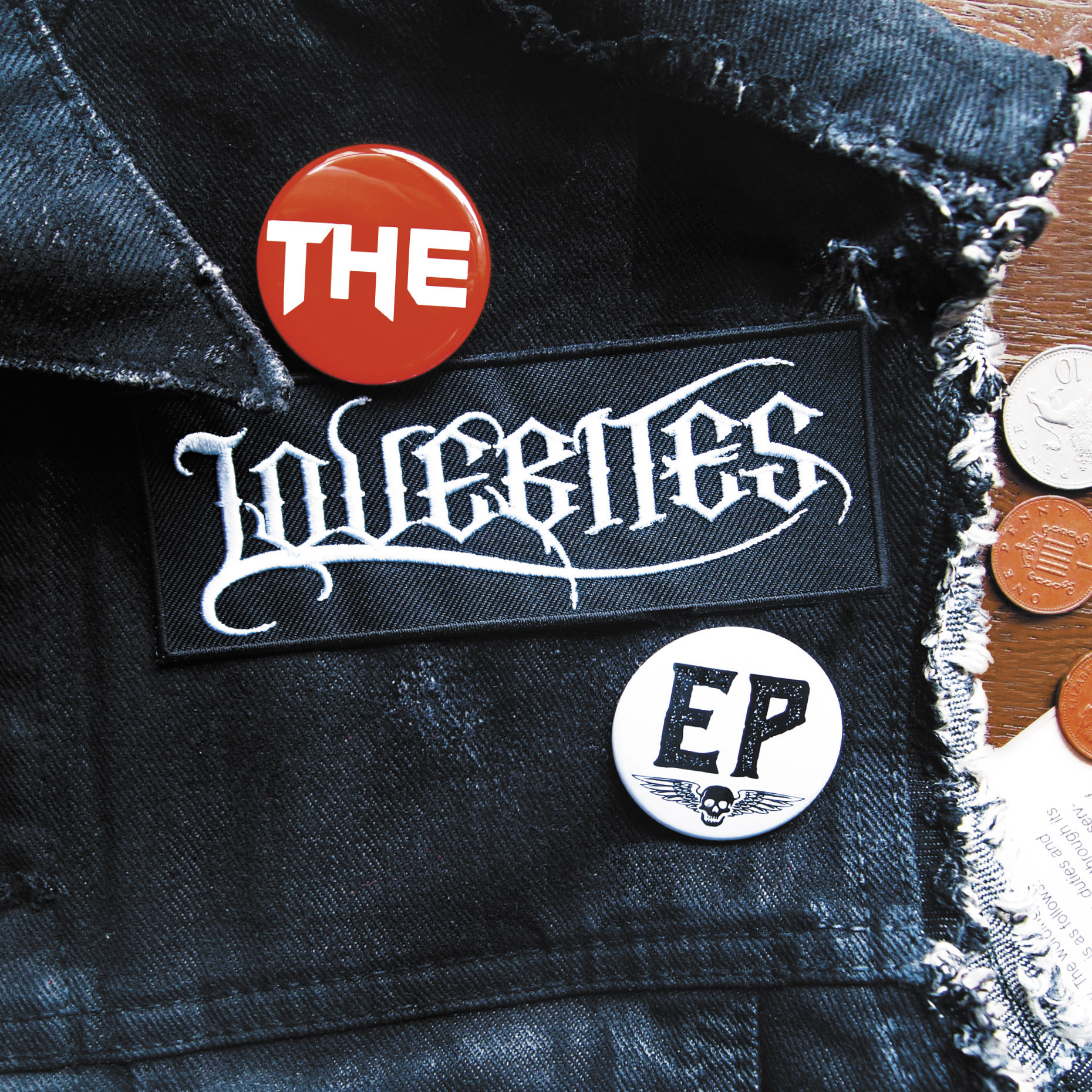 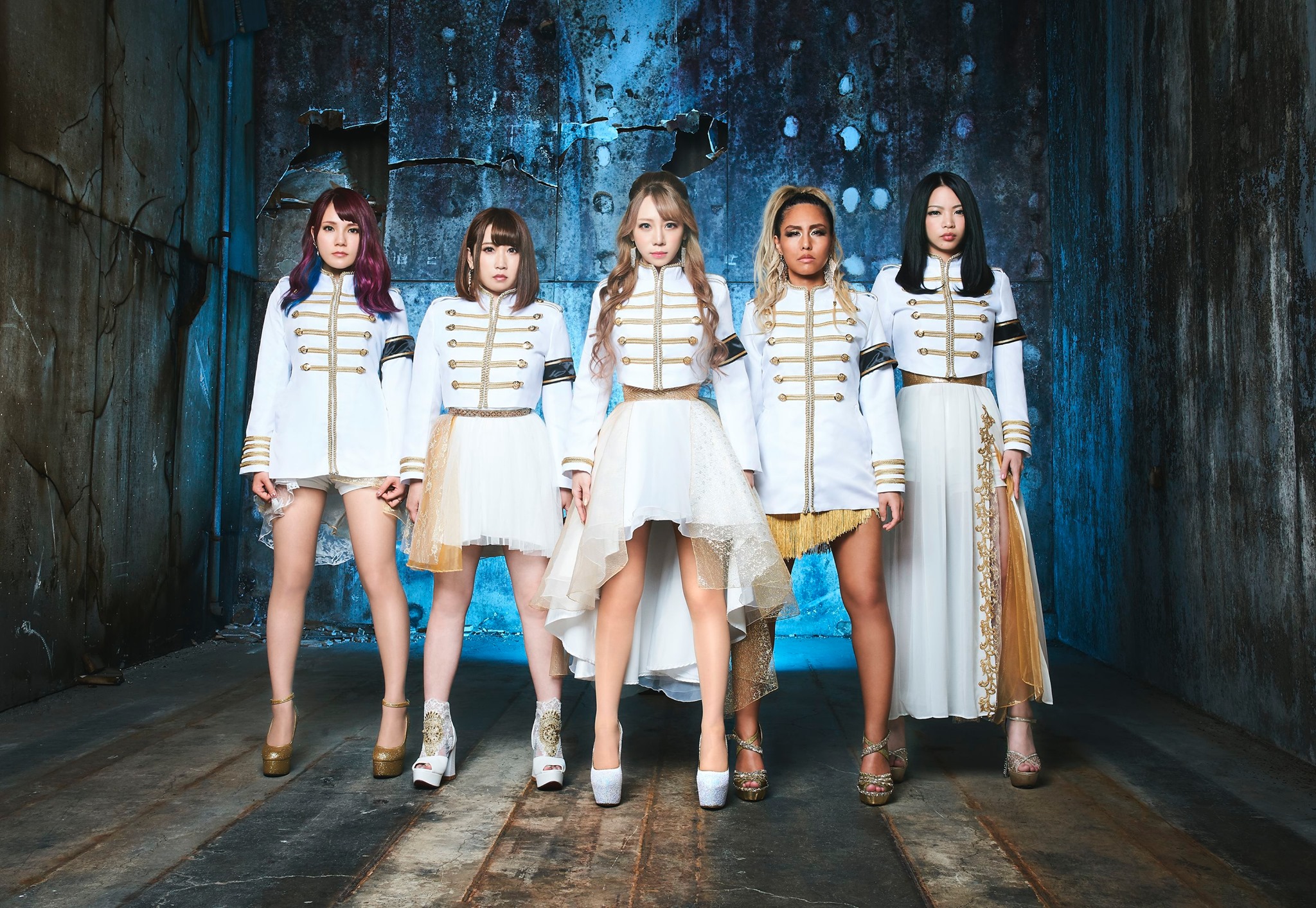 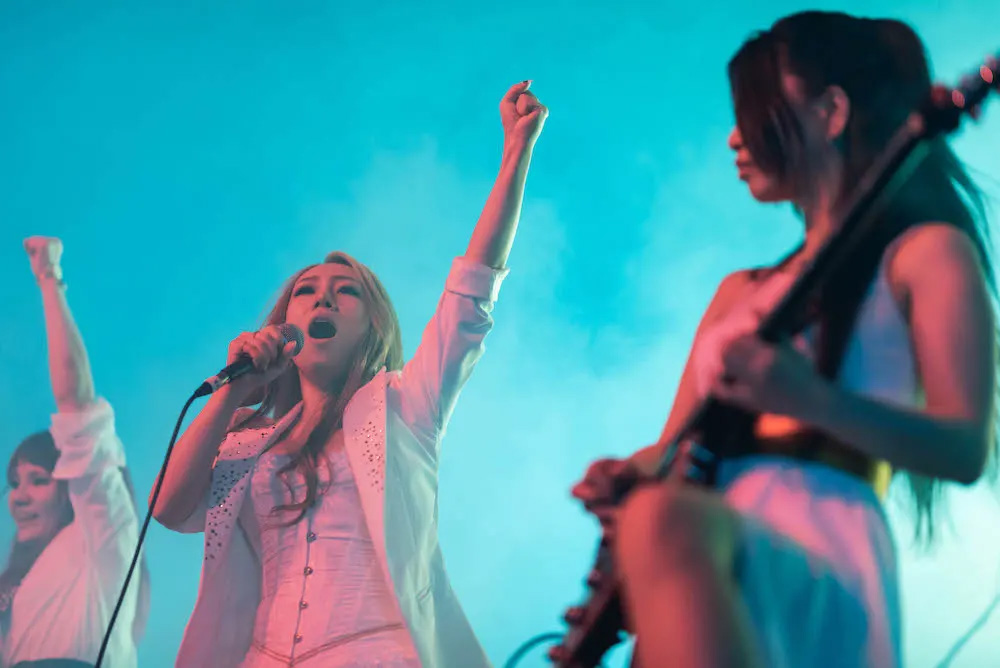