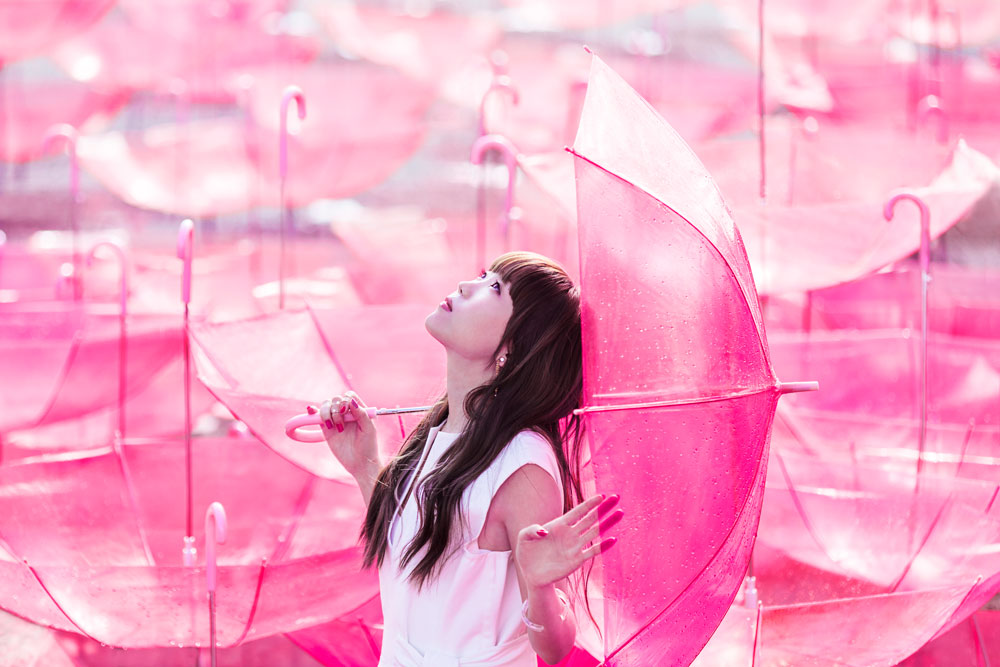 At the age of 15, Aimer lost her voice due to an accident. After years of work to overcome her hardship, she acquired her distinctive sweet and husky voice. In October 2017, she released her single “Hana no Uta (Flower Song)”, which was chosen as the theme song for the anime feature film Fate/stay night [Heaven’s Feel] I. presage flower. The single became a huge hit, reaching #1 on iTunes. In February 2018, she released her 14th single “Ref:rain.”

Since you don’t personally appear in your music videos, it seems that you want fans to focus on the music instead of the artist. Why did you decide to take this approach?

Aimer: Because my best feature is singing voice, I wanted people to focus only on my singing voice without prejudice by excluding other information because nowadays you can get various kinds of information quickly.

Anisong is a big part of your career now. How did you begin your personal interest in anime?

I like animated movies a lot. I’ve been watching Disney movies and movies directed by Hayao Miyazaki from a young age. Besides that, I love Satoshi Kon’s work, too. I’m watching his entire series of films. I particularly like Perfect Blue.

Your song “Ref:rain” from Koi wa Ameagari no You ranked in Billboard Japan’s top 10 anisong this year. What’s special about this song for you?

Aimer: It’s been a while since I’ve done a ballad, so I felt like I went back to my origins. It’s also been a long time since I wrote lyrics about love. It’s special to me because I’ve been challenging myself with different songs and I finally got to return to something so gentle.

Your popularity in the U.S. continues to grow, and there’s a lot of attention on your work with the Fate/stay series. What was your feeling about this series when you first started creating music for it?

In your live concert videos, you’re so visibly happy performing for your audience. What part of a live concert gets you energized the most?

Aimer: The only opportunity to meet people listening to my music is at a concert, so I’m happy to see everybody and spend time with them. And, as an artist, I’m very happy to overcome the challenges of singing alone during the concert.