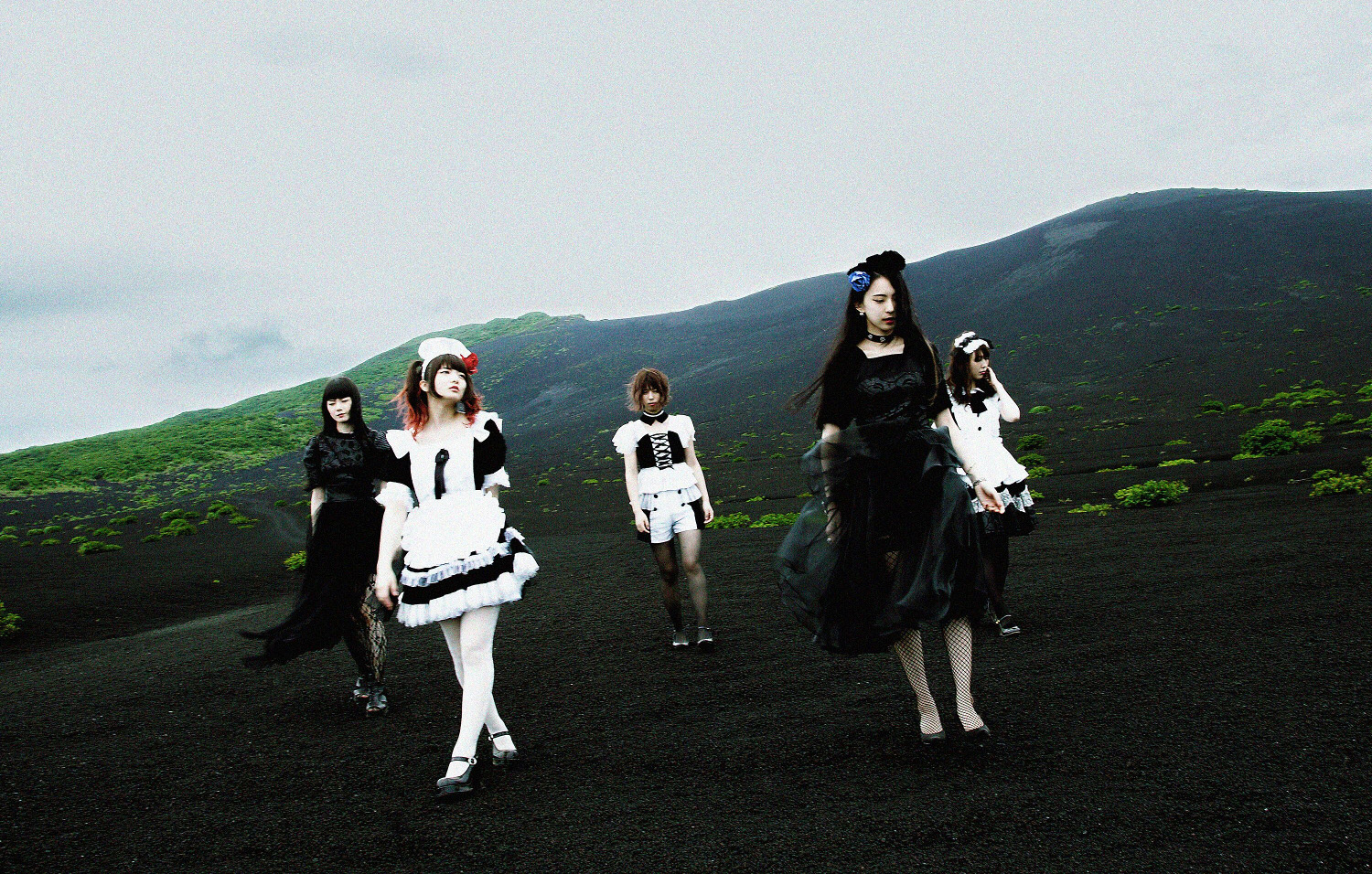 BAND-MAID is a five-member rock band merged with a maid-café image. Composed of Saiki on lead vocals, Kanami on lead guitar, Misa on bass, Akane on drums, and Miku Kobato on rhythm guitar and vocals, they made their first U.S. appearance in Seattle, Washington, in 2016. Since then they’ve returned to America numerous times, steadily increasing the number of shows each year as they deliver no-holds-barred rock “service” in their quest for world domination. We interviewed the band prior to their recent gig at The House of Blues in Dallas, Texas, during the U.S. leg of their ~gekidou~ tour.

The members of BAND-MAID have shown their talent from the very start. Over the band’s six years, you’ve all continued to improve on your craft. What sort of activities do each of you do to continue to increase your skills as musicians?

Miku: The whole band meets up at least three times a week to play together.

How long do you rehearse?

Miku: It depends on the day, but typically three to four hours. But, if we have a big one-man live or big event coming up, we could meet more often and rehearse longer. 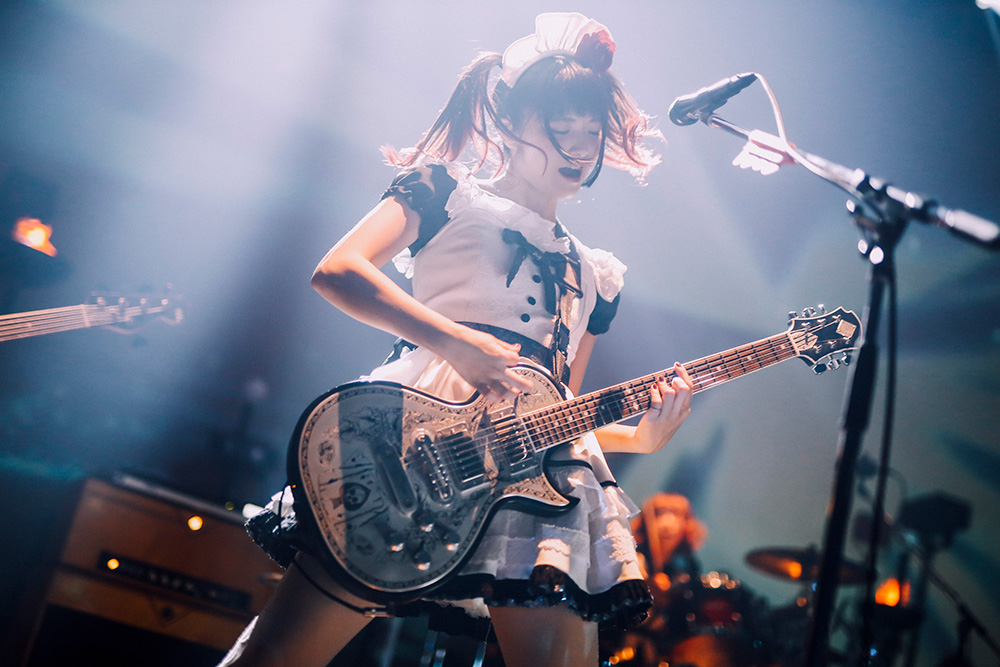 Kanami, you compose much of the band’s music. What’s the process like for BAND-MAID once you introduce a new song? How do you all work together to shape it into its final version?

Kanami: I create a demo of the song on my computer and then share it with the band, and then we all work on our own parts individually.

Miku: Kanami first sends the song to Akane and Misa, who write their parts and send them back. 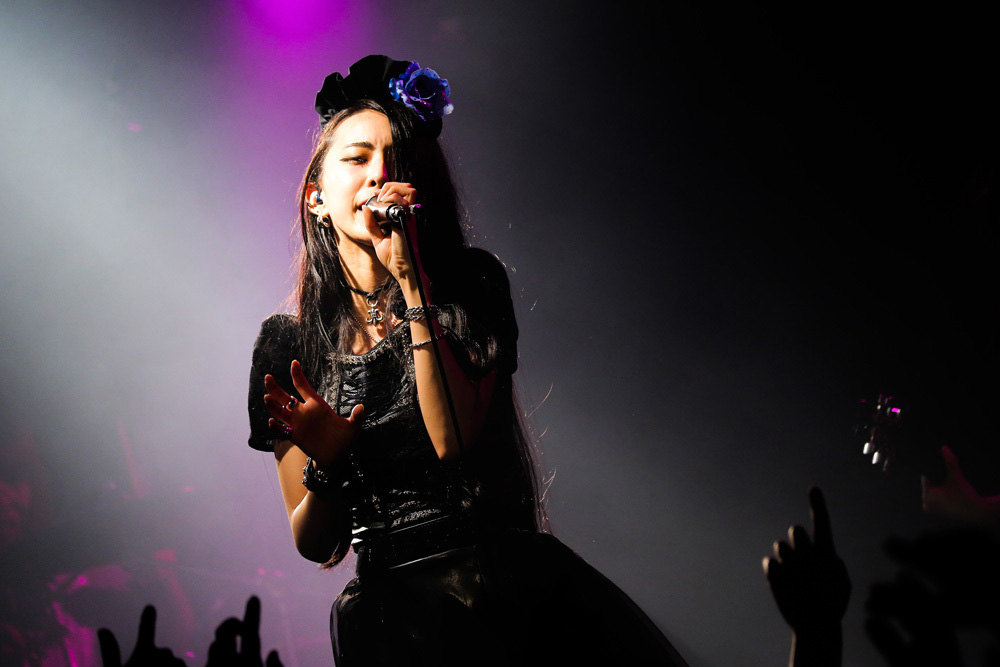 In your live performances, the band has great chemistry. How much rehearsal does it usually take to get a song “concert ready”?

Miku: It really depends on the song. If we’re preparing for an album release or big live and really want to play certain songs, we all work together and focus on those quickly. But, after a release, if there’s something we want to play, we may take more time.

Miku, you write the lyrics for the band. At what point do you add your words to a new song?

Miku: Once the music is completed, that’s when I start writing lyrics. The music is what inspires me.

What’s the most demanding song to perform live?

Miku: “Rock in me”. When we sing “Hey Hey” together, I get to do the call and response with the audience, I enjoy that. I think it’s really fun to sing. 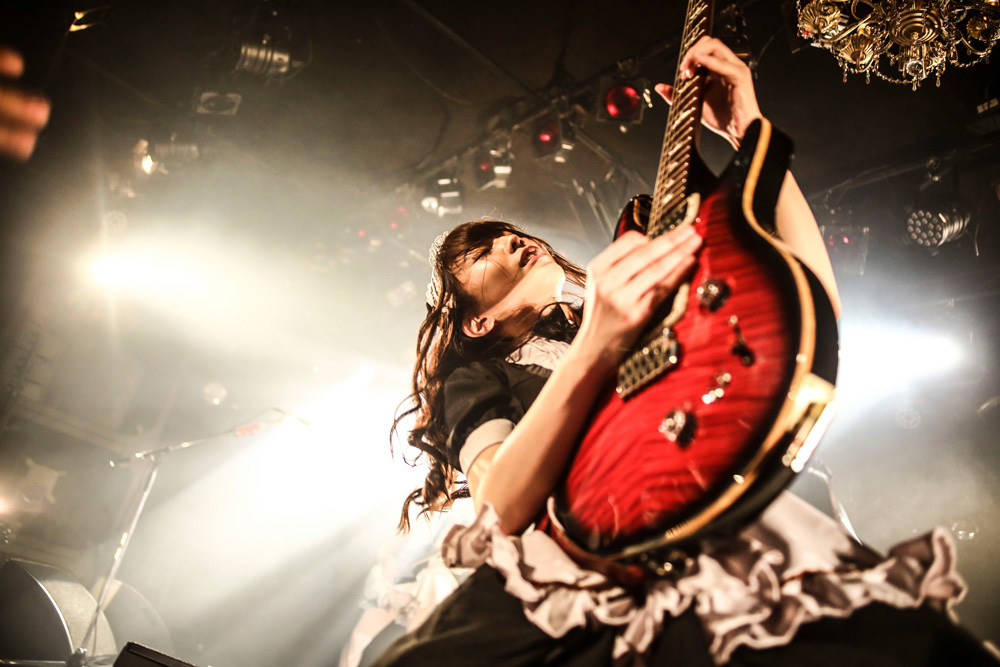 BAND-MAID is known for hard rock, and rock goes hand in hand with rebellion. The band revealed a bit of a rebellious streak with the release of start over, with its cover art, photo inserts and end lyrics. What’s your message there?

Miku: The cover symbolizes both peace and rebellion. Sometimes the world needs rebellion to create peace. It’s rock, but we also want to bring people happiness. The contrast in the way BAND-MAID looks vs. the music we play is a big part of who we are, and we wanted to show that through the cover art.

Can we expect future releases with a similar tone?

Miku: We’re working hard every day to make music that our fans will enjoy, so that depends on them. We want to know what they think. 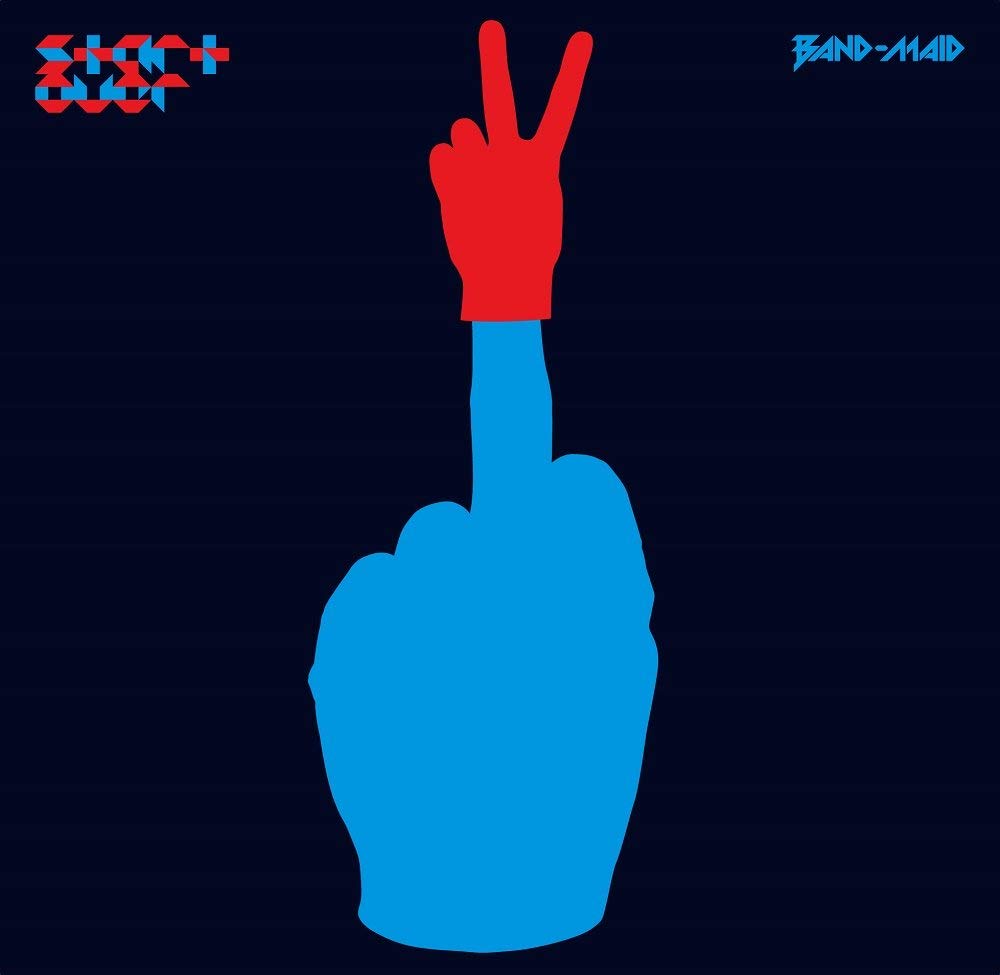 What drew you to performing in a rock band? Is hard rock a genre you’ve always liked?

Misa: From a young age, I was always listening to rock and learning to play it. Before the bass, I started off on guitar. Even then, I’ve always loved rock.

Akane: As for me… there’s a band called Maximum the Hormone, and their drummer is also female. When I heard that band for the first time, I realized female drummers can also play rock. So when I got my drums, I wanted to become a cool drummer too.

Akane: She did! I wanted to play it too, but of course as a beginner I could only play single pedal. But, when I joined BAND-MAID, I was working hard at it.

Miku: Before this band, I didn’t really listen to hard rock in particular, but I always enjoyed any cool music. Anisong, J-Pop, I basically loved any good music. So when we started BAND-MAID, I was getting deeper into rock, artists like Tokyo Jihen and J-Pop/Rock in general, and my interest has just gotten more intense since we started.

Kanami: Before BAND-MAID, I was a singer-songwriter. At that time, I was doing more like J-Pop music. But, as luck would have it, I had wanted to become a lead guitarist and had begun studying rock before joining the band.

Saiki: I’d been listening to rock music since before joining BAND-MAID, but never had sung it. I think it was inevitable for me to start singing rock. 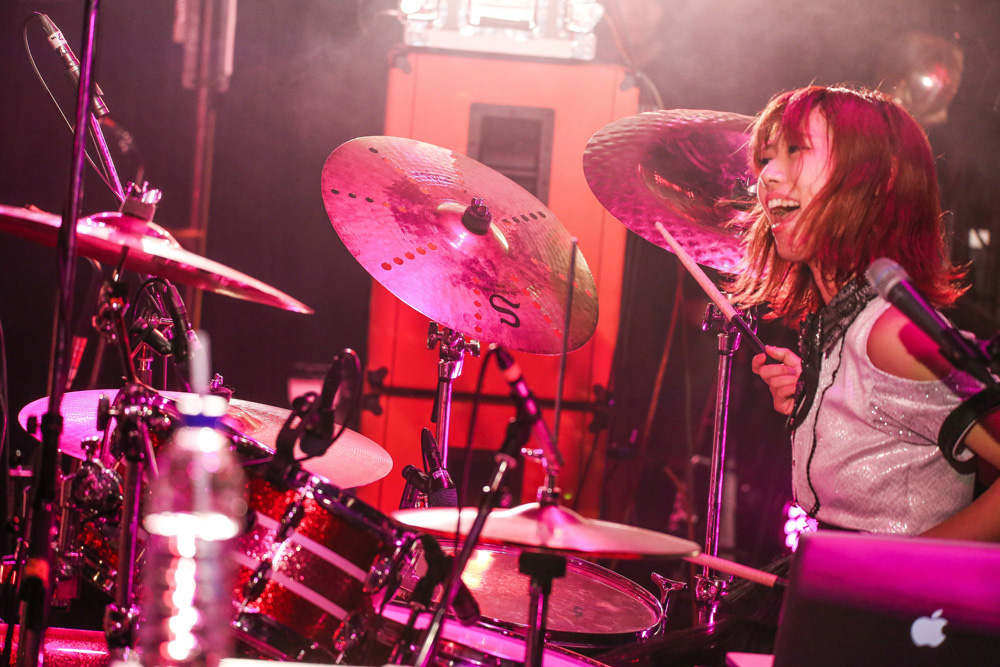 In Japan you’ve played in high-profile events like Summer Sonic and Rock in Japan. Are there any special venues in Japan where you would like to perform a one-man live someday?

Miku: Of course, there are places we haven’t been to, and places where we haven’t performed a one-man in, including Japan. I think it would be great if we could do that.

Misa, you started out playing the 4-string bass, but later moved to a 5-string. What was your reason for this change and how much of a challenge was the transition?

Misa: I began using a 5-string bass when recording WORLD DOMINATION. The reason was the range of keys for our songs became broader. Playing them on a 4-string bass became a lot more challenging. 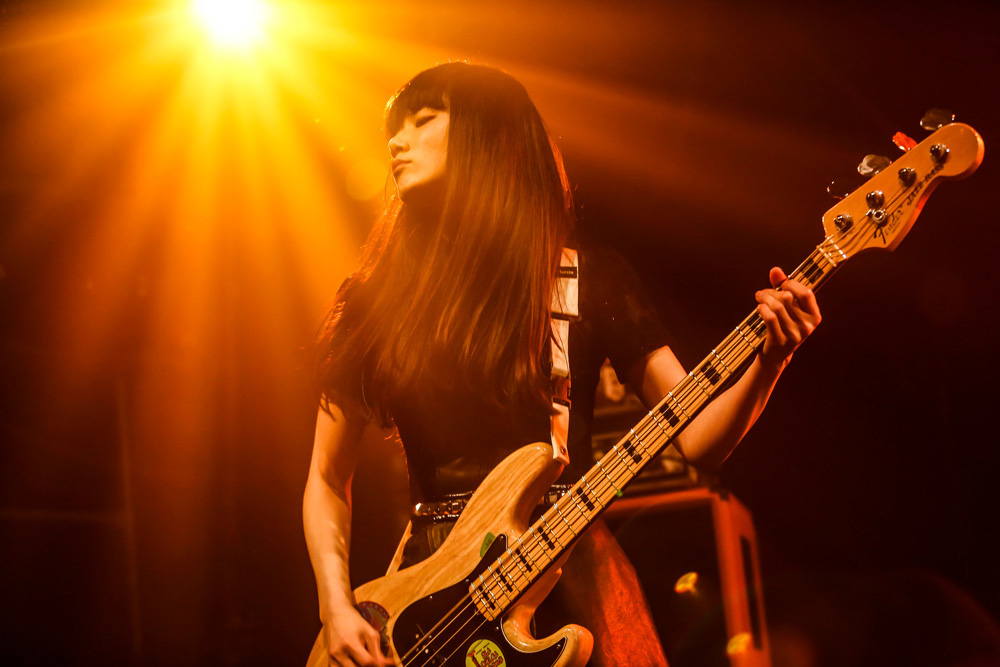 Like your album title, you are indeed dominating the world, growing in popularity each year, but there are still some countries you haven’t been able to visit yet. Where would you like to go next?

Miku: Everyone has a different place they want to go, I think.

Being in North America, we hear many people are waiting in Canada.