exist†trace knows how to rock Halloween. Performing an amazing 20-song set during their “IGU-day” (19th of the month) one-man concert, the five members of the all-female rock group launched straight into the fantastical, taking the stage in striking Alice in Wonderland-inspired costumes and sending the audience into the thick opening chords of “Wonderland”.

There’s a confidence and finesse to exist†trace after over a decade of performing together. Their onstage interaction is seamless, and the group is still as fierce and as hungry to move their audience as ever. 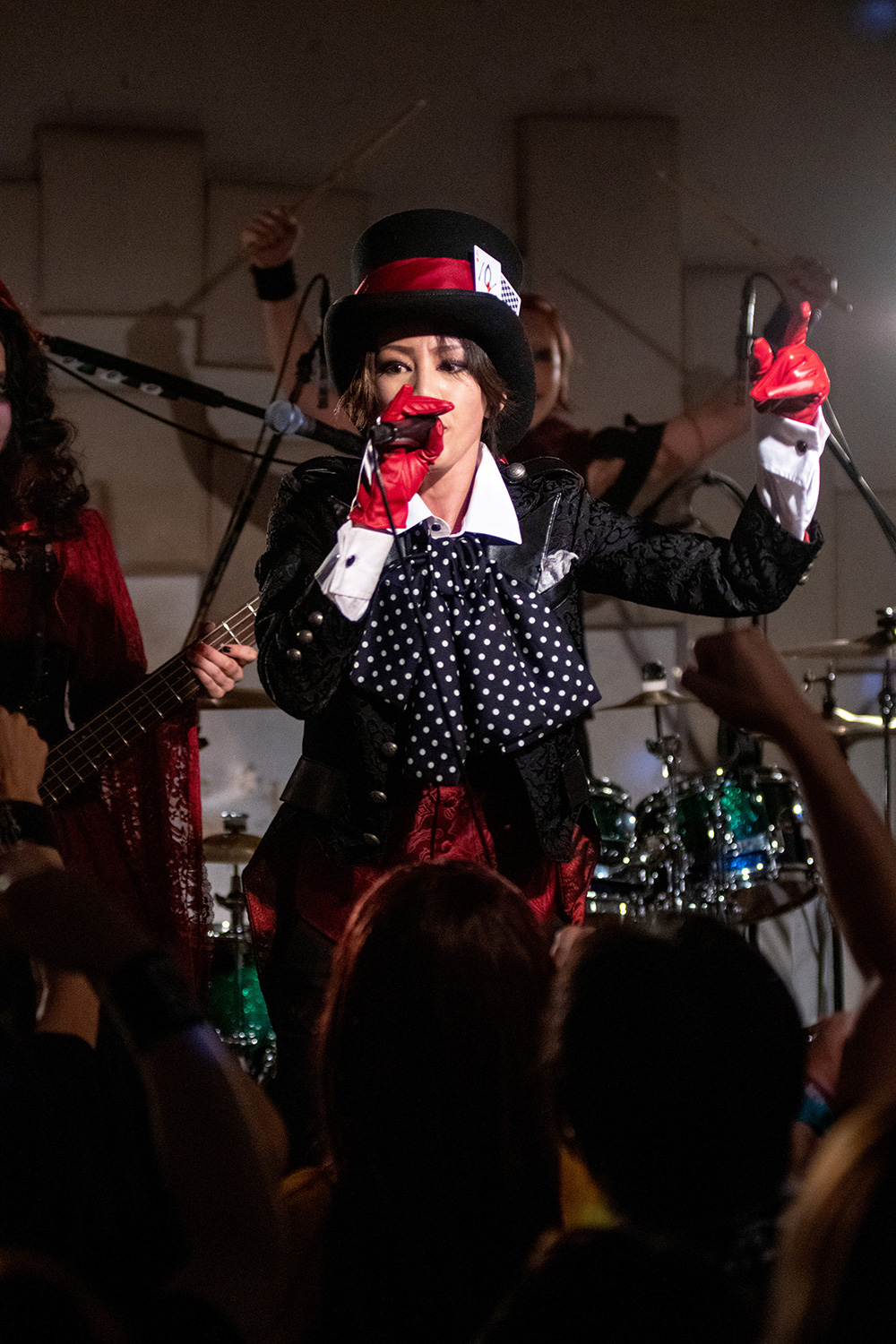 Vocalist Jyou in her Mad Hatter attire was equal parts seductress and monarch over her subjects. She’s still got the pipes to bring down the walls in “Resonance” and “liquid”, flirtatious flare in “Honey’s” mid-song challenge, and raw vulnerability in “Feel”.

A 2-hour set list that can sustain such variety and energy is due to the band’s strength as live musicians and to the breadth of songwriting, shouldered mainly by guitarist/vocal miko (dressed tonight as Alice with a provocative “Eat Me” message under her eyes). 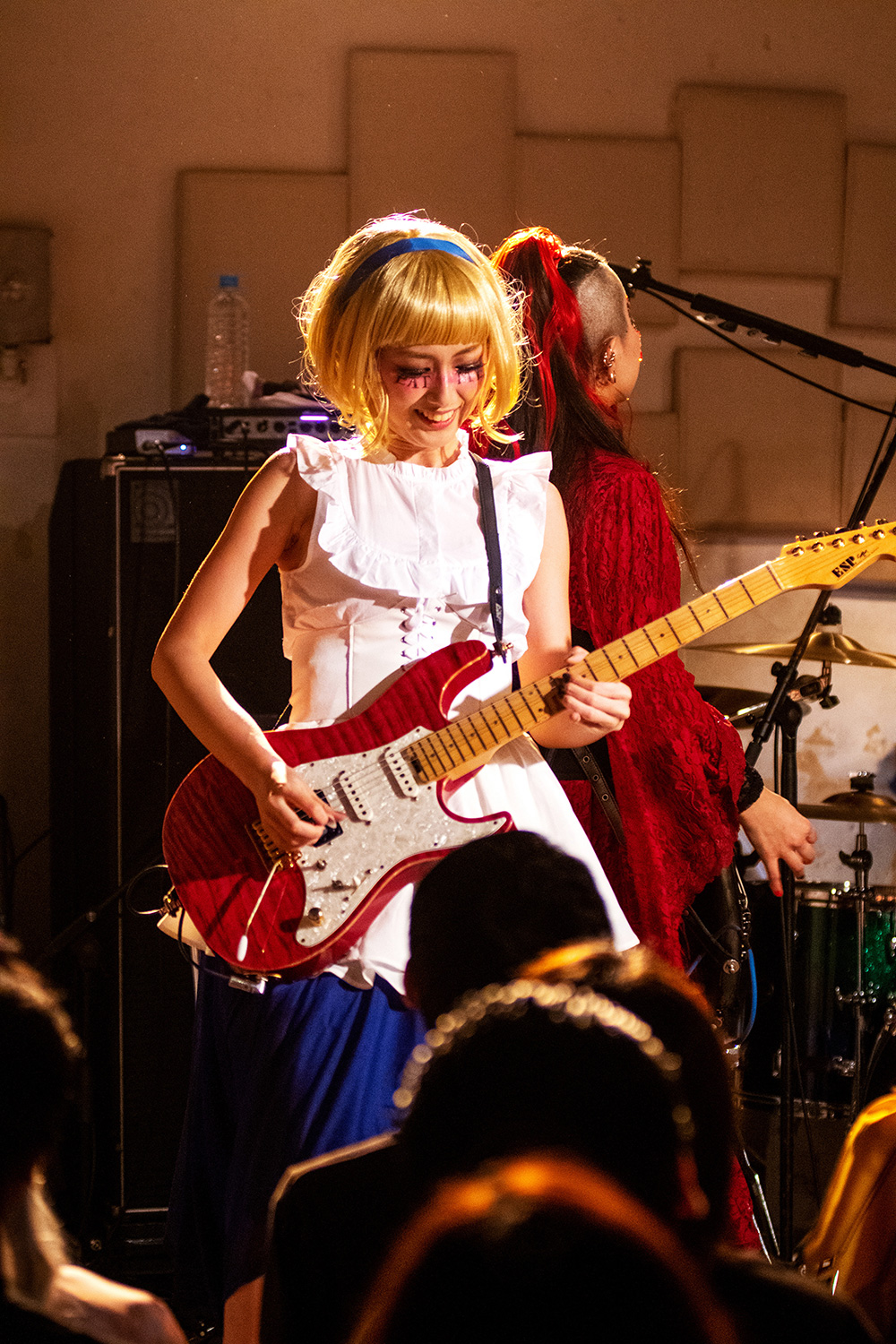 With some of these tracks going back over a decade, there’s nothing stale or forced in the band’s repertoire. miko also knows how to shred and smile, like on “Kuchibiru” and the unreleased “Power of ‘ONE'”. Guitarist Omi (the night’s White Rabbit to match her white guitar) is the counterpoint to miko’s expressiveness, maintaining a controlled focus even when she drops blistering solos like on “Blast” and her own song, “Kimi no Masshiro na Hane”. 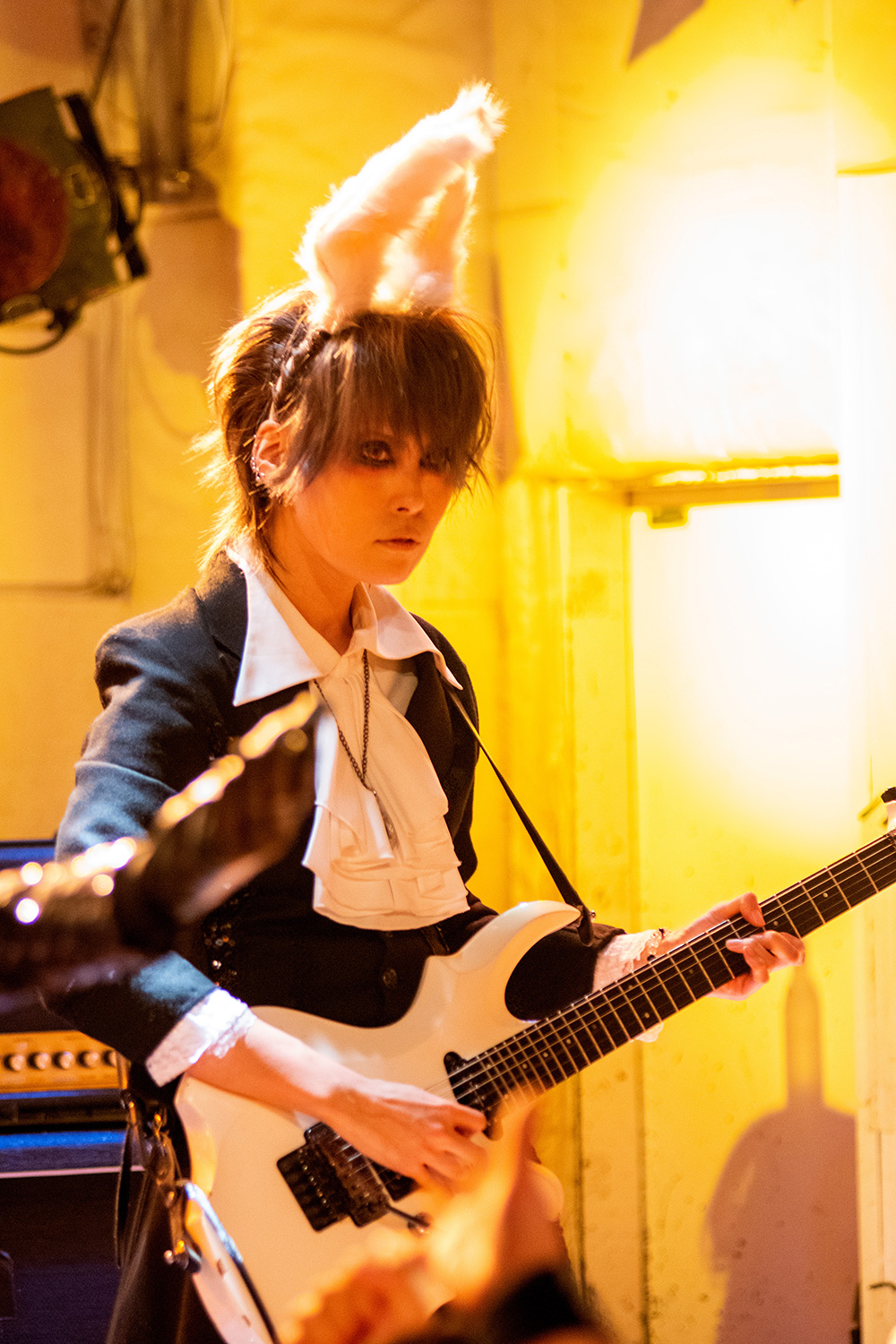 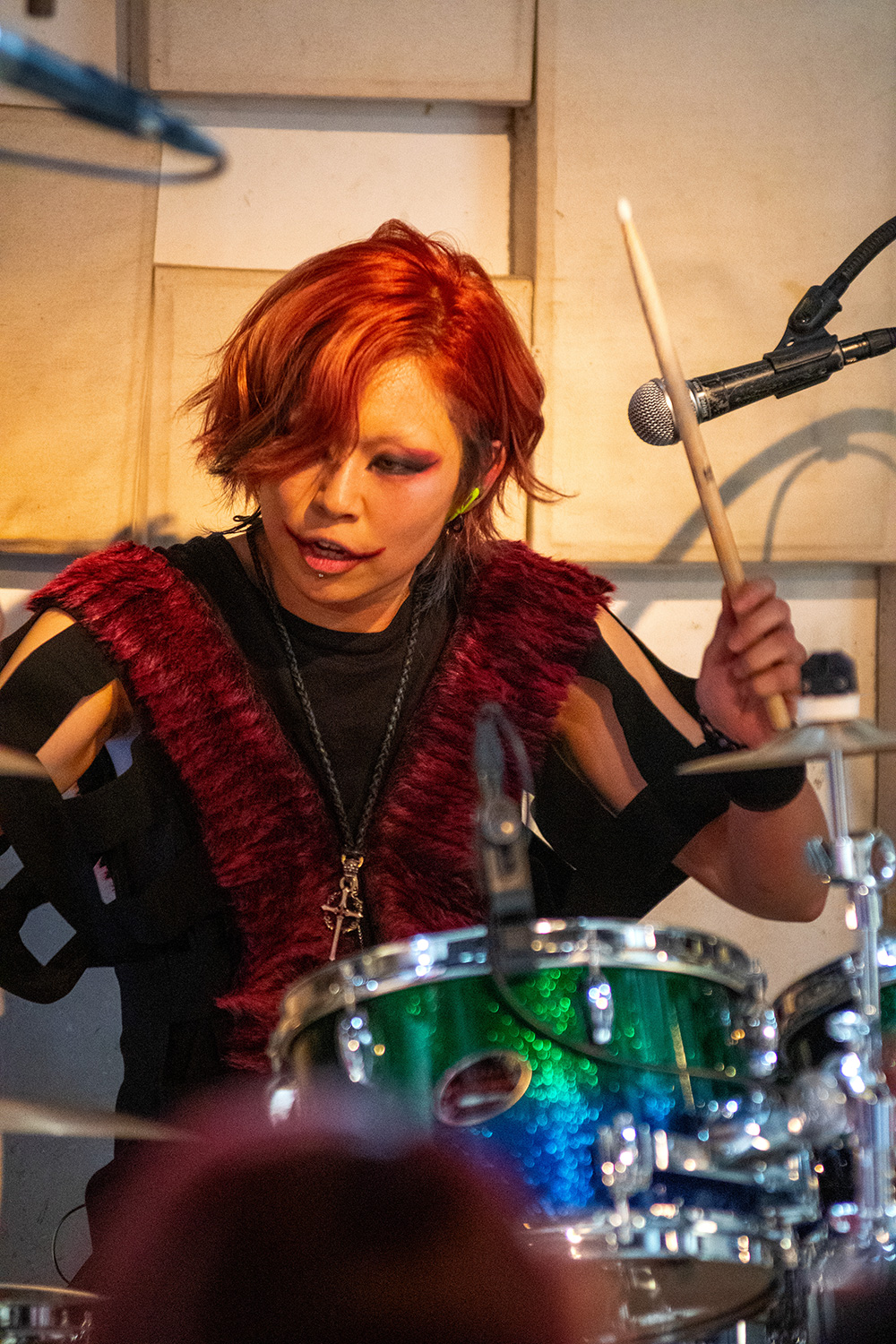 Mally is, as always, seemingly intent on pounding her drums straight through the floor. Her makeup was full-on Cheshire Cat, but you can still see the kick of adrenaline in her eyes from the back of the house. The opening of “This is Now” totally belongs to Mally, and the live sound is many times heavier than the recorded version. Together as a unit, Naoto and Mally create the heartbeat of exist†trace, and Naoto’s slick and beautiful bassline on the unreleased new track “Acacia” is hypnotic — I wanted 10 minutes more of just that riff. Her beautiful and dangerous Red Queen costume combined with her icy glare was a heart-stopper more than once. 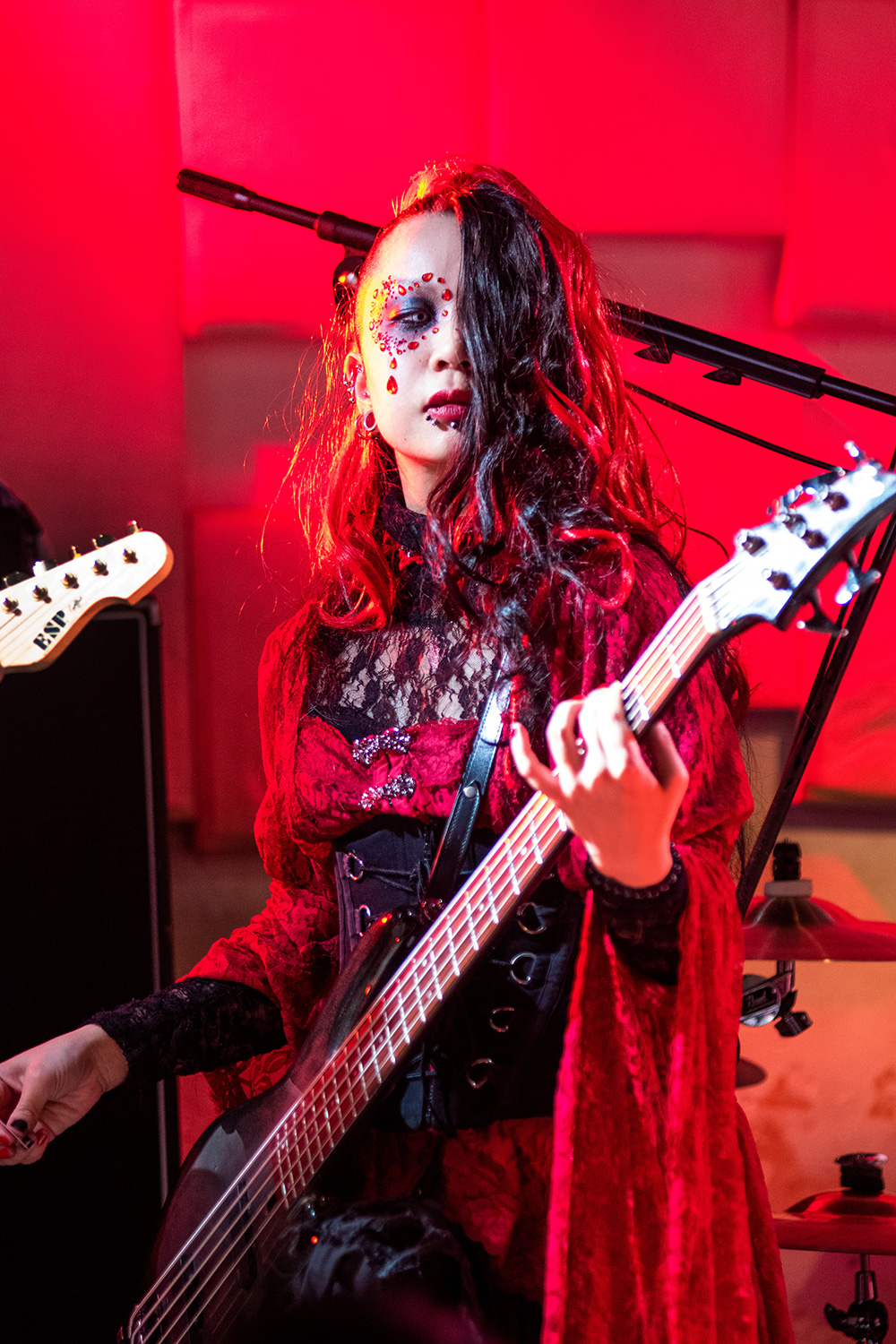 exist†trace has always been comfortable with dark imagery, and while both their look and sound have evolved significantly from their earliest days, the force of their performance has multiplied immensely. The special Halloween theme added just the right touch of theatricality to make the night magical. Save your vacation days — October 19, 2020, is a Monday. You might want to stay out late. 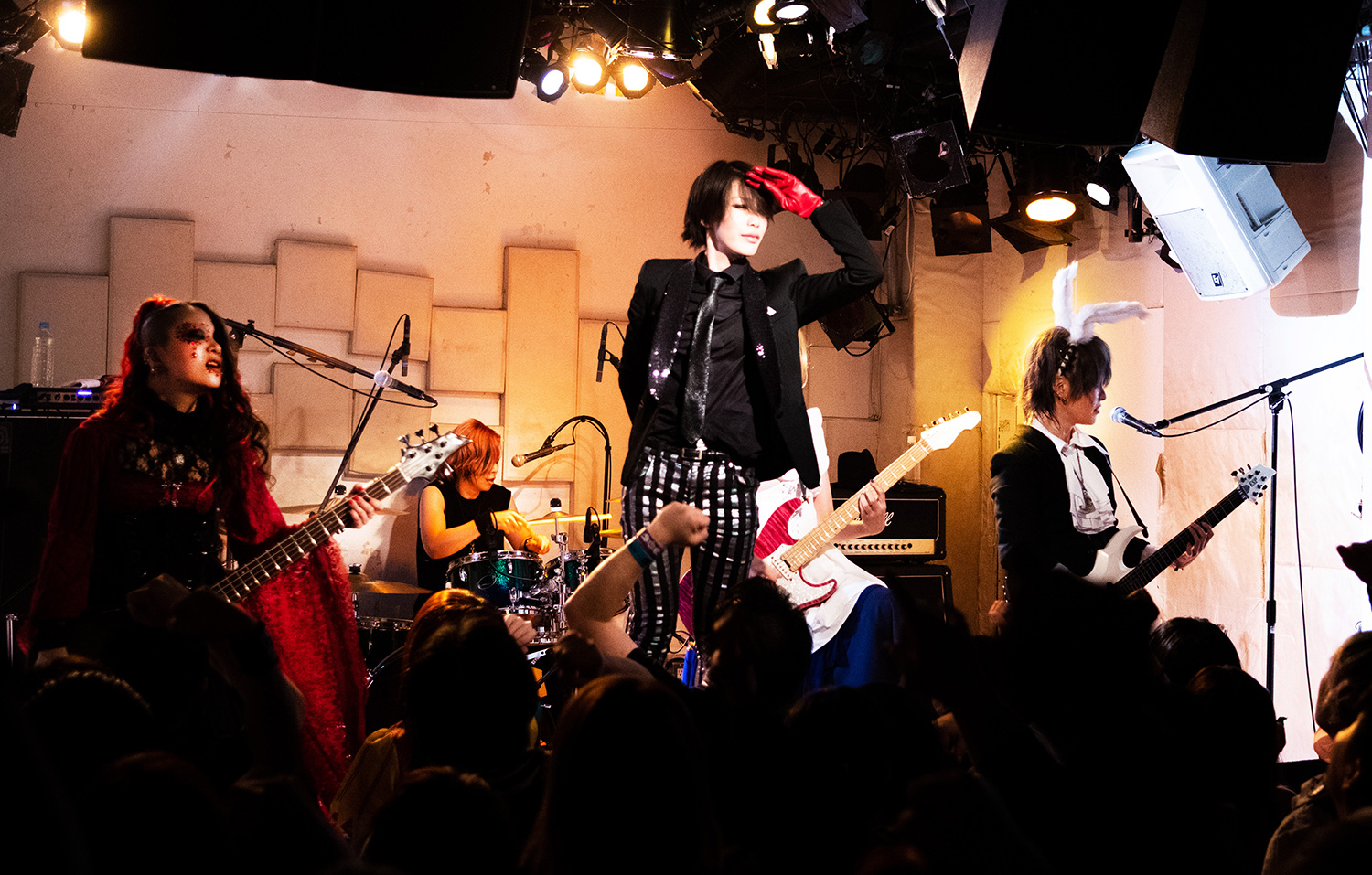 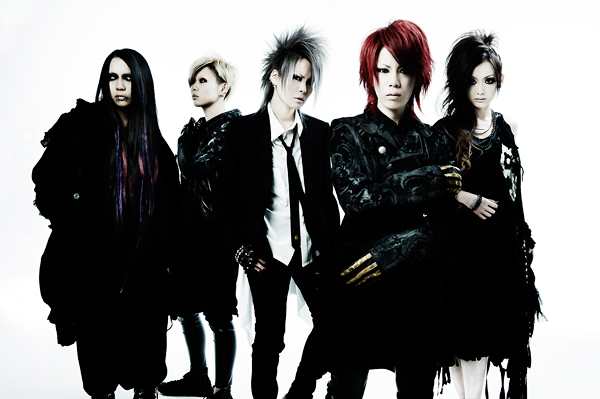 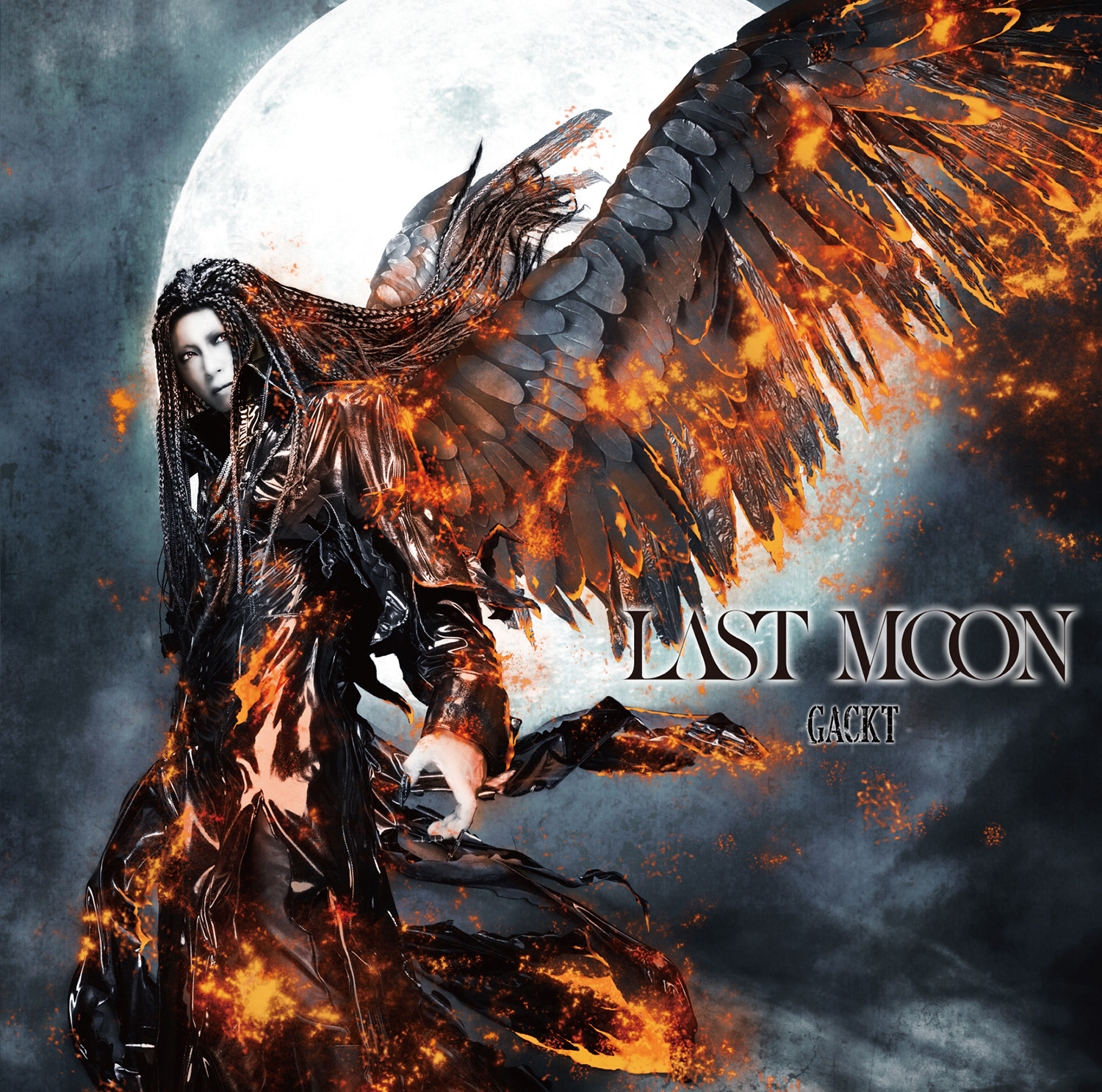