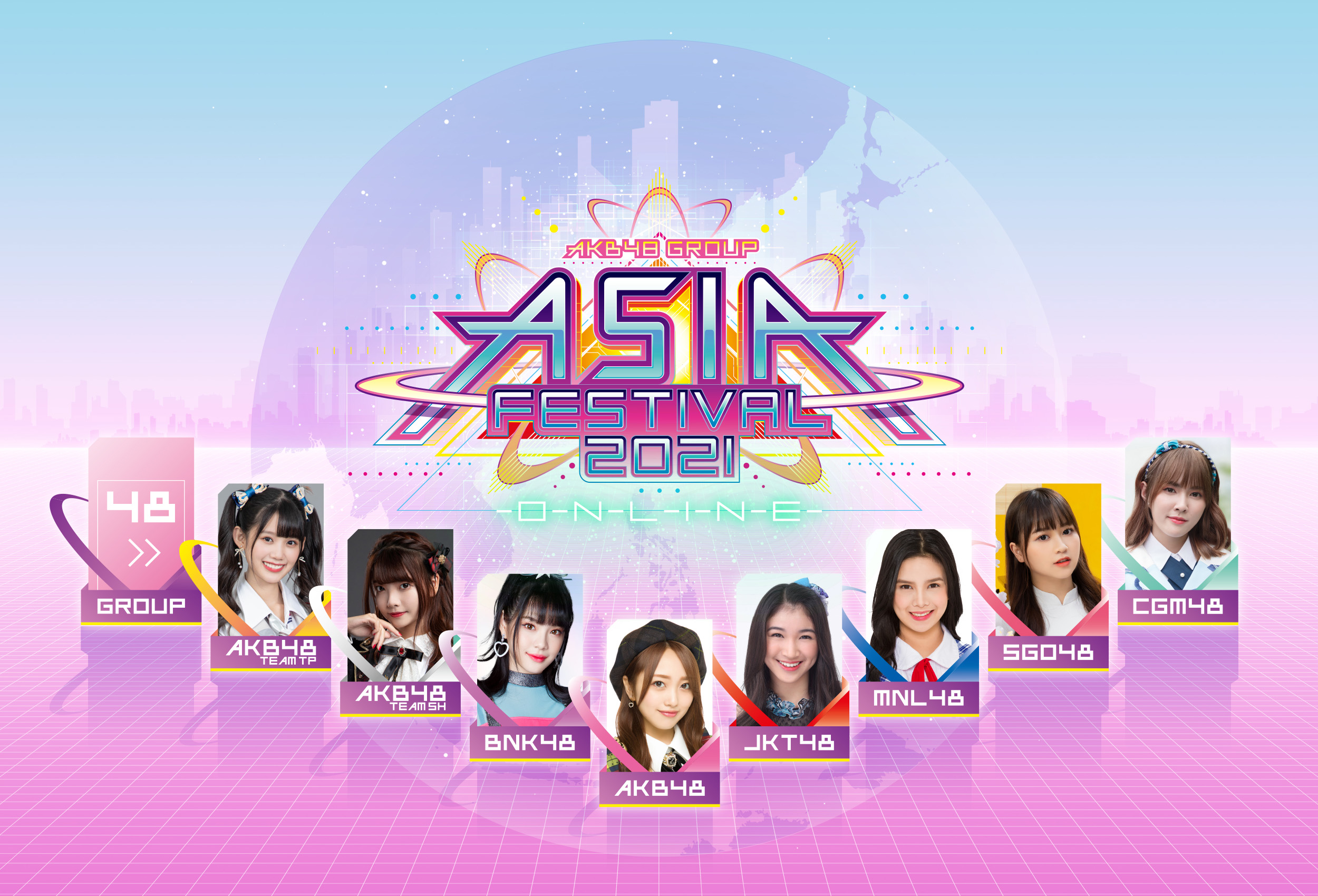 AKB48 has announced a live broadcast event “Asia Festival 2021 Online”, which will present performances from the internationally popular J-Pop idols and their sister groups on June 27.

Livestream packages include archive viewing for up to 14 days after the concert, and a virtual digital ticket for the event.

This festival will implement XR technology, which is unique to online staging. Now the festival can be enjoyed and experienced in many ways, allowing fans from all around the world to interact with the contents.

Pre and post-event features live broadcasts and exciting attractions, with contents that will allow you to enjoy a new experience with members after the main event.

Since the event in Bangkok, the festival in Shanghai was further upgraded, the staging was focused on showcasing the culture of each group, and the event was well received and appraised by the fans.

For this coming third event on June 27th, 2021 Tokyo is featured as the center of the event and will act as a virtual performing stage, with all sister groups including AKB48 uniting at once to perform from theaters, online, and special venues across Asia.

During the announcement press conference in Japan, some of the sister groups gave comments in English for fans overseas. Fans can watch the entire press conference – co-hosted by AKB48 member Nana Okada and the group’s general manager Mion Mukaichi – with English subtitles (press the “CC” button on YouTube’s video player).

As a special promotion, the event has created a special TikTok account, where participating members have uploaded videos spotlighting fun moments created by individual members. The groups and members who receive the most reactions (hearts, comments, and shares) will be presented with a special prize at the festival.
https://www.tiktok.com/@akb48group_asiafestival 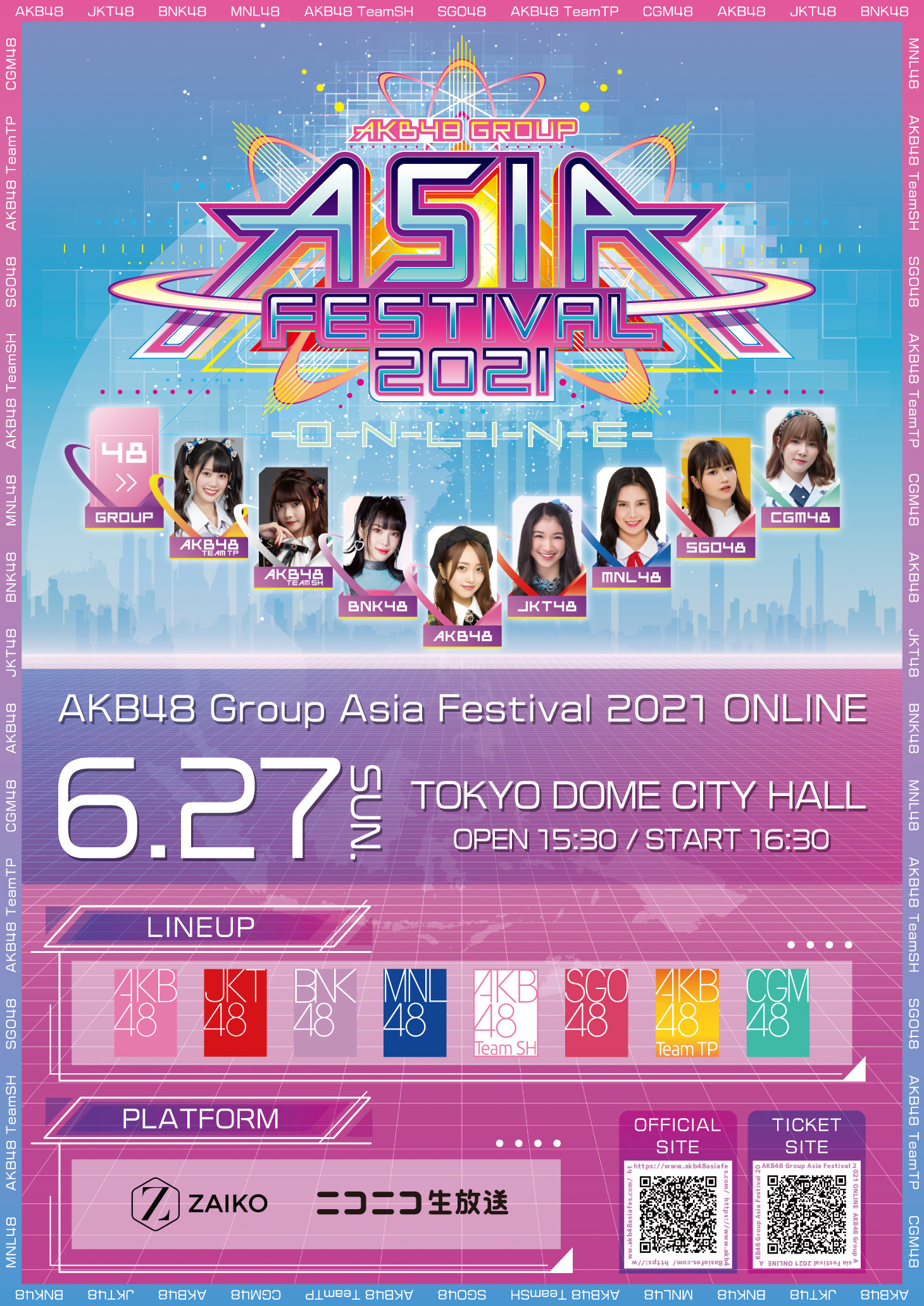 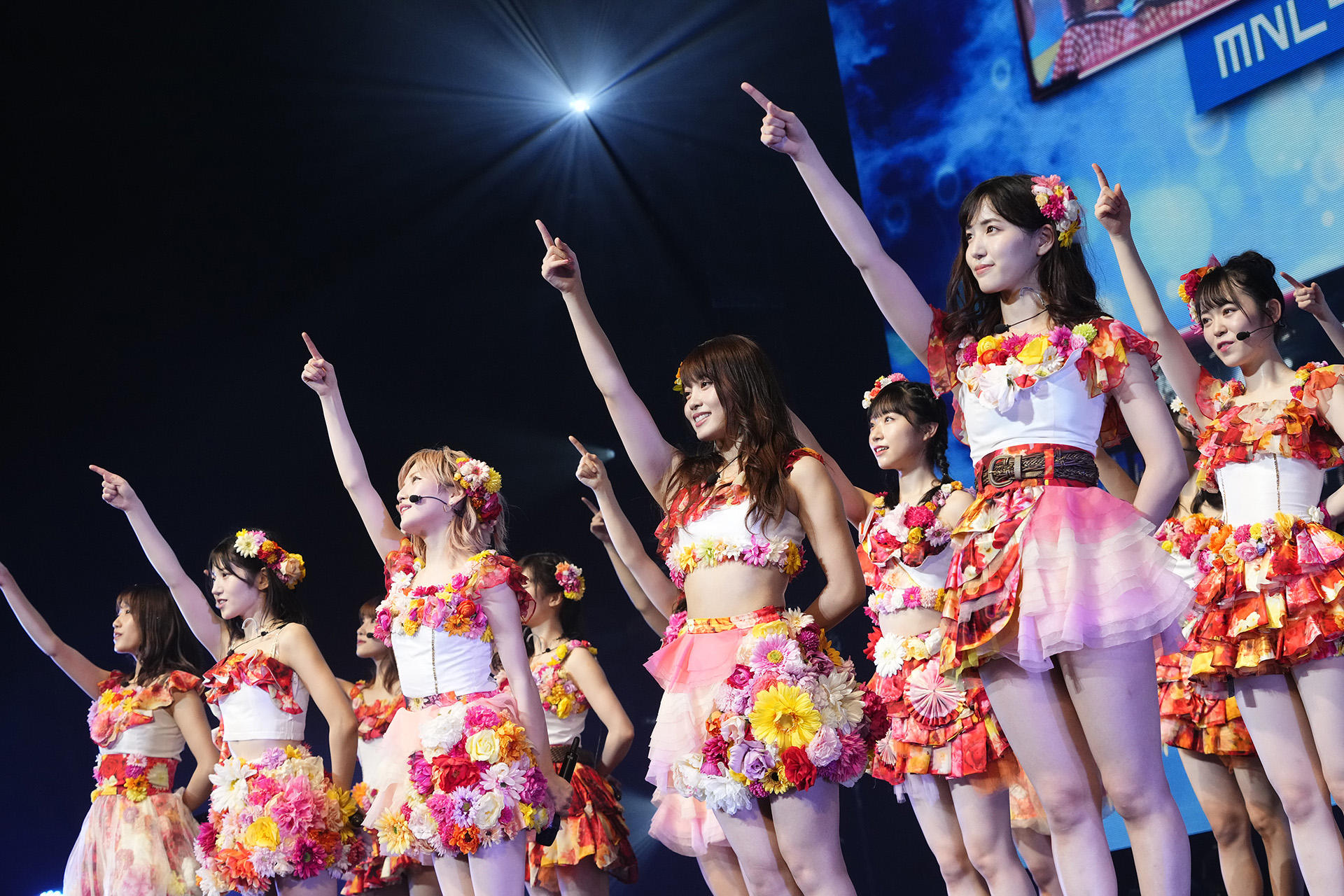