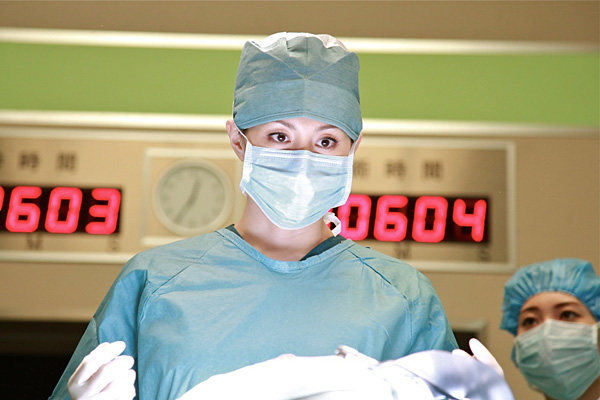 SUMMARY
Word is out that Daimon (Ryoko Yonekura) has been rehired, and everyone in Teito University’s surgery department is suspicious. Daimon doesn’t care what anyone thinks, and she’s bold enough to pass out photocopies of her contract in the surgeon’s office. She’s there to save lives, not to do research or make “useless” hospital rounds.

Her first day back at work, she defies hospital protocol even further and wheels a sick patient into the ER before official working hours have begun. This also raises the ire of prominent publisher Nikaido who’s due for surgery due to advanced pancreatic cancer — Daimon even steals his wheelchair to help someone who needs it more.

Nikaido has bumped himself to the top of the surgery department’s schedule, and new hospital director Busujima (replacing the ailing Kubo) assigns Professor Torii to lead the surgery. Torii’s mainly an academic doctor, known for his research skills instead of his prowess in the OR. Daimon challenges this decision, and she’s assigned a lesser surgery as punishment. She thinks Nikaido needs a more advanced and risky procedure.

Of course, she’s right — and of course, she’s called in last minute to save the patient from Torii’s incompetence and cowardice. To add insult to injury, Daimon’s manager returns to demand a bonus for a double-surgery workday, plus 30 minutes overtime. The open secret of doctor gratuities (cash gifts from patients) is also debated, and Daimon demands Nikaido’s payment not minutes after it hits Torii’s hands.

WATASHI, SHIPPAI SHINAI NO DE
Daimon’s signature catchphrase is starting to catch on, and her co-workers are even starting to repeat it: Translated, it means “I never fail.” and she gets plenty of chances this episode to remind everyone of her confidence.

BOY’S CLUB
The men in this drama are all pretty wimpy so far, but Morimoto (Kei Tanaka) gets a chance to let loose, openly calling her a monster when she appears to abandon an ordinary patient to operate go operate on Nikaido. Actor Kosuke Suzuki (the mushroom-cut Fukunaga in Liar Game) is enjoyable in his small, reserved role as fellow junior surgeon Hara.

MATCHING BAG AND JACKET
Torii’s mistress Ayi’s looking forward to getting the latest designer handbag to show Daimon who’s really boss. And there’s some not-so-subtle symbolism in the way she enjoys wearing Torii’s suit jacket. Note to Michiko Daimon: do not turn your back on this girl. 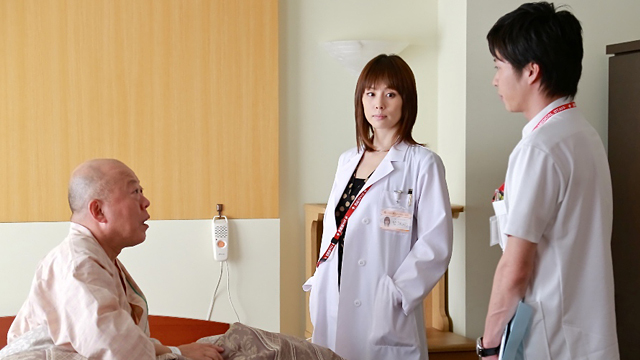 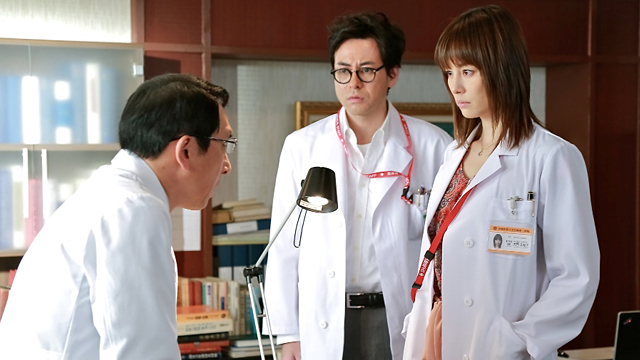 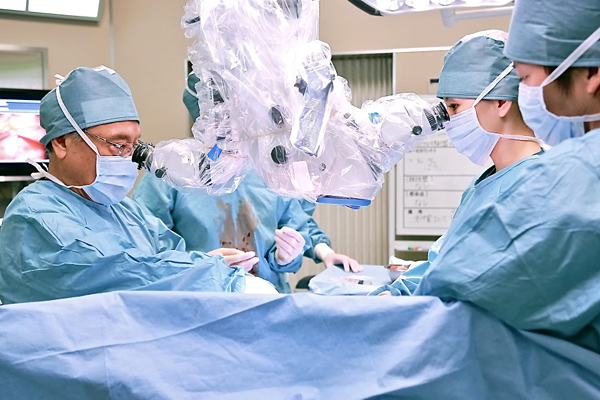