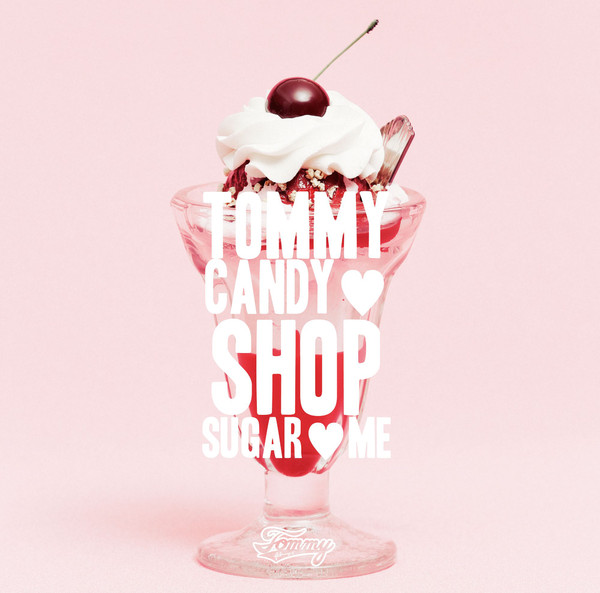 It’s a fun and interesting change, and really satisfying after repeated spins. After the double-release of Tommy february6/Tommy heavenly6 last year (review), I’m beginning to wonder if we’re observing a narrative of sorts in the shifting tone of these recent albums. Is “February” adopting some of the rebellious behavior of her twin “Heavenly,” perhaps in the same way a girl might borrow her more worldy sister’s makeup and clothes? With a new Tommy heavenly6 album slated for release in October of this year, I predict we’ll see more restlessness from Tomoko Kawase’s longtime alter egos.

“Fairy Dust” is a great opening, seductive and soaring, and she takes things even further into pop-diva stratosphere when she’s pledging to go all night in the driving, non-stop “Runaway.” “Angel Fade” is dreamy bliss, and scores a perfect fadeaway ending. “Spacey Cowgirl” just blew my mind, with unapologetically epic lyrics like “riding on a comet tail / into a bright red solar flare” matching up to a beat that rockets into a laser-space-battle breakdown mid-song.

Tommy’s cover of the brilliant green’s “Ai no Ai no Hoshi” didn’t win me over when I first heard it on the Be My Valentine single, but it’s grown on me since then, and perhaps in the context of this album it shines a little brighter. Even though it’s presented here with the same vocalist, the persona of delivery is different. Tommy’s detached delivery brings an unexpected charm.

“Be My Valentine” (previously released as a single) is probably the closest thing to “conventional” Tommy february6. Light, fun, and still a bit innocent, it’s literally the cherry on top of this delightful, indulgent album.