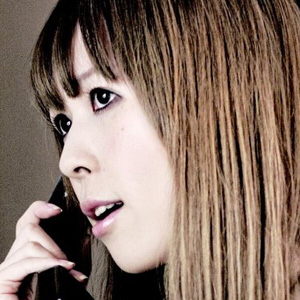 If you’re looking for a jumping-off place to bridge the 8-year gap between the brilliant green’s new album BLACKOUT and their previous full-length release The Winter Album (2002), you’re better off skipping ahead to the group’s final singles for former label Sony. The aggressive style of “Ash Like Snow” and “Enemy” weren’t just a temporary departure from The Winter Album’s somber, relaxed compositions — it turns out the brilliant green were getting ready to pick a fight with their past.

BLACKOUT’s opening title track delivers a clear warning: “I’m in a bad mood… don’t talk to me.” Immediately followed by “Black Dark Knight” and “I’m Sick of this Place,” there’s little room to doubt TBG is taking us into vocalist/lyricist Tomoko Kawase’s dangerous side. After years of dual-personality double-duty as Tommy February6 / Tommy Heavenly6, the punk side has emerged victorious and more than a little pissed-off.

In a recent Japan Times interview, co-founder Shunsaku Okuda stated that the group wanted a more intimate, live-house sound for this album, and there’s a rough element to the drums and guitar that you just can’t find on The Winter Album. Something new and unpredictable is at work here, and that alone is a triumph for a band of the brilliant green’s longevity.

Ballads like “Blue Daisy” and “Break Free” recall just enough of the familiar style of older TBG to invite longtime fans on this new journey. Released as lead-up singles earlier this year, they provide a great showcase for Tomoko’s heartfelt delivery and forego the group’s trademark English/Japanese lyrical mix in favor of 99% complete Japanese lyrics for both songs. “Going Underground,” detailing jealousy in an uncertain romantic relationship, is one of the album’s standout tracks — it’s a lyrically and musically complex song that could not have been created by the band’s younger selves.

BLACKOUT’s more familiar second half is populated almost entirely by singles and B-sides from earlier this year. Solid tracks like “I Just Can’t Breathe” and “Spring Gate” are disturbed only by a rather standard-sounding cover of “Song 2.” This recording is a dead-on copy of Blur’s original, and if you want to imagine you’re having a karaoke night with Tomoko, this is the song for you; I wish they had made something more original out of it.

“Like Yesterday” was my favorite of TBG’s lead-up singles to BLACKOUT, and along with “Blue Sunrise,” this final pairing brings BLACKOUT to a calmer, but not quite content, resolution. Maybe they just needed to vent, but likely the need to break free is still heavy on their minds. BLACKOUT doesn’t say goodbye to TBG’s past, but provides a clear division between older chapters and a re-invention in progress.