Among the landscape of Japanese pop artists who have found success in the global market, FEMM’s entry into the field was a surprising development. The high-concept J-Pop duo debuted in early 2014 with an infectious assault of anthem-fueled club tracks, each video delivered with a meticulous attention to art & design, futuristic alt fashion, stunning choreography, and punctuated by all-English lyrics. The songs, written with a wry, clever, and at times deeply emotional subtext are dripping with attitude rarely, if ever, seen in English-language J-Pop. 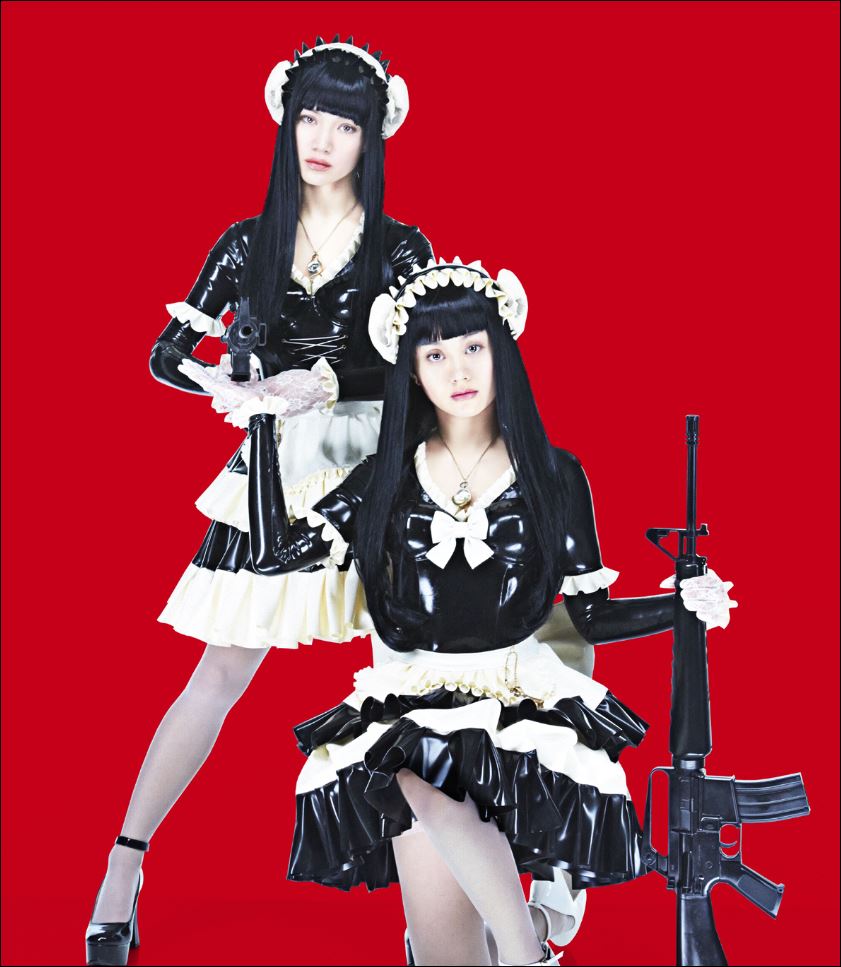 FEMM’s debut album Femm-Isation collects thirteen of these releases, and delivers on a bold new vision for J-Pop, with conventions challenged from the opening notes of the dreamy synth number “We Flood the Night” to the album’s sassy conclusion with “Wannabe”.

The album features their first single, the catchy “Astroboy”, a post-disco and synthpop floor-filler spun from the same corner of the galaxy inhabited by genre masters Daft Punk. Their progressive sound, defined by tracks like “Kill the DJ”, “Party All Night, and “Kiss the Rain”, tap electro house, nouvea discou, synthpop and J-electro, with members RiRi and LuLa’s voices shining through the duo’s deeply crafted wall of sound.

“Fxxk Boyz Get Money” is without question the best song on the album. With its provocative and tongue-in-cheek lyrics, edgy music video and contagious beat, FEMM’s signature track is as good as anything blasting in the American megaclubs. Built with a world-saavy electrohop foundation, it drips with swagger, inviting in listeners with its racy, fake-out title while transmitting a sly message of empowerment.

The deep tracks “The Real Thing”, the dancehall flavored “Dead Wrong” and ballad “Unbreakable”, are a departure from the group’s initial high-energy dance numbers, revealing their very real emotional needs and uncertainty over love, relationships and self-image. If there was any doubt that FEMM would transcend the of inner turmoil of those tracks, it’s answered with the confident electroclash banger “Whiplash”, marked by biting lyrics, wicked change-ups, and a decidedly 80s vibe. It’s a fitting crescendo for Femm-Isation.

The “art” of the album is increasingly difficult to define in the digital age, but Femm-Isation never disappoints or overstays its welcome. Each song is its own little pop universe. The album’s English lyrics also allow for an instant emotional connection with listeners, circumventing the language barrier that’s often been a challenge for J-Pop.

FEMM inhabits a Sci-Fi world where a pair of mannequins, saved from destruction, were reborn to lead a musical rebellion that isn’t just about saving “abused and neglected mannequins” as it states in their origin story. It’s a rebellion against people’s expectations for Japanese pop as a genre and movement. My pick for the J-Pop album of 2014 is Femm-Isation, a celebration of the artificial aspiring for something more genuine, and in the process, delivering some the most exciting and original music to come out of the Japanese pop scene in years.

FEMM teams up with Takashi Okada for ISETAN ART & CREATION 2016