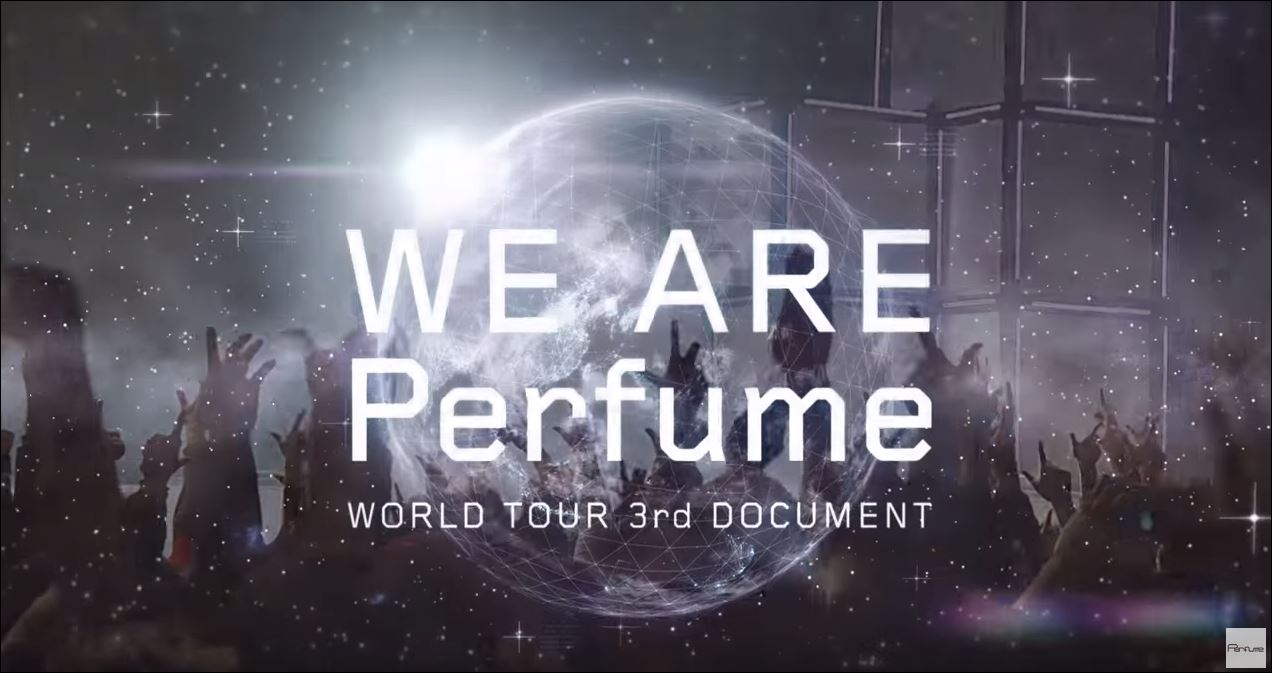 Perfume’s 1st documentary film “WE ARE Perfume –WORLD TOUR 3rd DOCUMENT” is set for simultaneous release in Japan and the U.S. In the past, there are 3 Japanese films that opened simultaneously in Japan and the U.S. (“Midnight Eagle” (2007), “RED LINE” (2010), “SAIGO NO CHUSHINGURA” (2010)); however, this will be the first for the documentary film.

Simultaneous release was made possible by LA and NY theaters immediately responding to Japanese film company’s offer. These are the cities where Perfume had successful shows during “Perfume WORLD TOUR 3rd” last fall. U.S. film distributor, Day O Productions comments, “We are very happy to hear Perfume’s documentary will be shown in both U.S. and Japan at the same time! Extremely proud of a-chan, KASHIYUKA, and NOCCHi are globally famous! Very excited to see the behind-the-scenes footage of their last world tour because we want to re-live those special moments with fellow fans. Hoping the girls will do another U.S. show soon!” 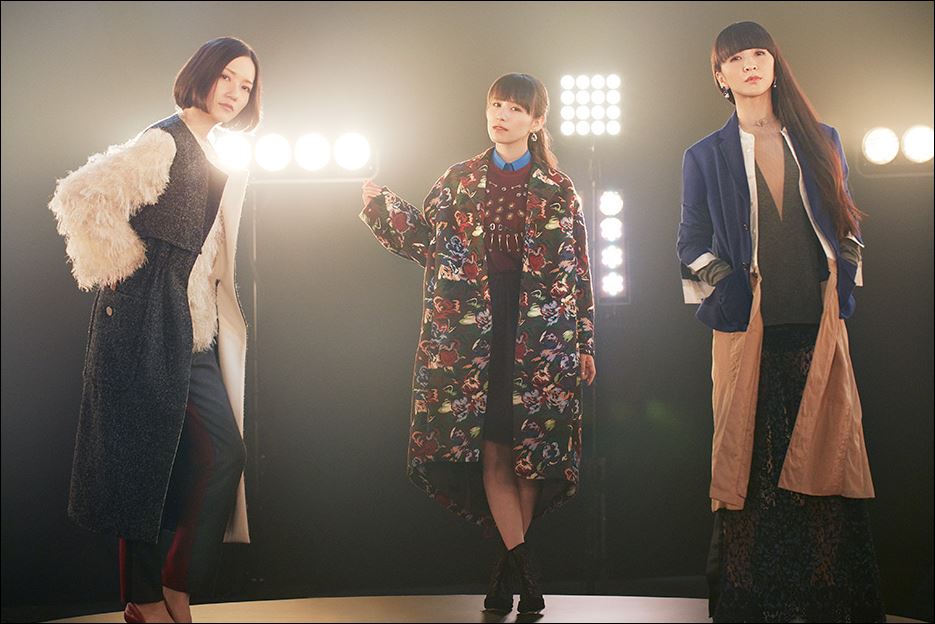 It was 3 years before their NY and LA shows of “Perfume WORLD TOUR 3rd” that Perfume first set their footprints on the U.S. soil when they appeared at the world premier of the film “Cars 2” which Perfume’s “Polyrhythm” was featured. It was their dream come true to do a headlining show in the U.S. and to have that documentary shown simultaneously in the U.S. is a wonderful gift for the girls to celebrate their anniversary year. All their passion for their world tour is captured in the film.

The film is also confirmed to show in Taiwan, Hong Kong, Singapore and Mexico and South American as well as EU roadshow is also in the works. Their latest album “LEVEL3” is digitally available in 251 regions/countries around the world so we expect the film to be shown in more countries.
This film is another proof of their popularity going far beyond Japan.

About the film
This documentary film “WE ARE Perfume -WORLD TOUR 3rd DOCUMENT” covers “never-seen-before” behind the scenes of their special anniversary year (2014 to 2015) including “Perfume WORLD TOUR 3rd” and “SXSW 2015”. It features special footage of their live shows and much more. It reveals their passionate devotion for their performance including all the joy and pain that comes with it. In addition, Perfume is not just active in the music scene but also in the fashion and overall pop culture scene. To witness the “present” of the group whose popularity goes beyond their homeland Japan, fans will definitely have a better understanding of their footprints from day one to today that will sure to lead the way to their future. Never stopping Perfume’s 1st documentary film “WE ARE Perfume -WORLD TOUR 3rd DOCUMENT” will hit the theaters in Japan on Oct. 31st.

Never-seen-before footage exclusive to this film! To improve their performance, Perfume holds the “reviewing meeting” for hours after their shows. Those meetings are being captured on this film revealing their passion for their live shows. During the tight traveling schedule of the world tour, Perfume members enjoyed just a little bit of free time. In Singapore, they got all excited to see the big Merlion and they walked around Times Square in NY. Perfume members also looked back into their history during their solo interviews that are also very exclusive for this documentary film. 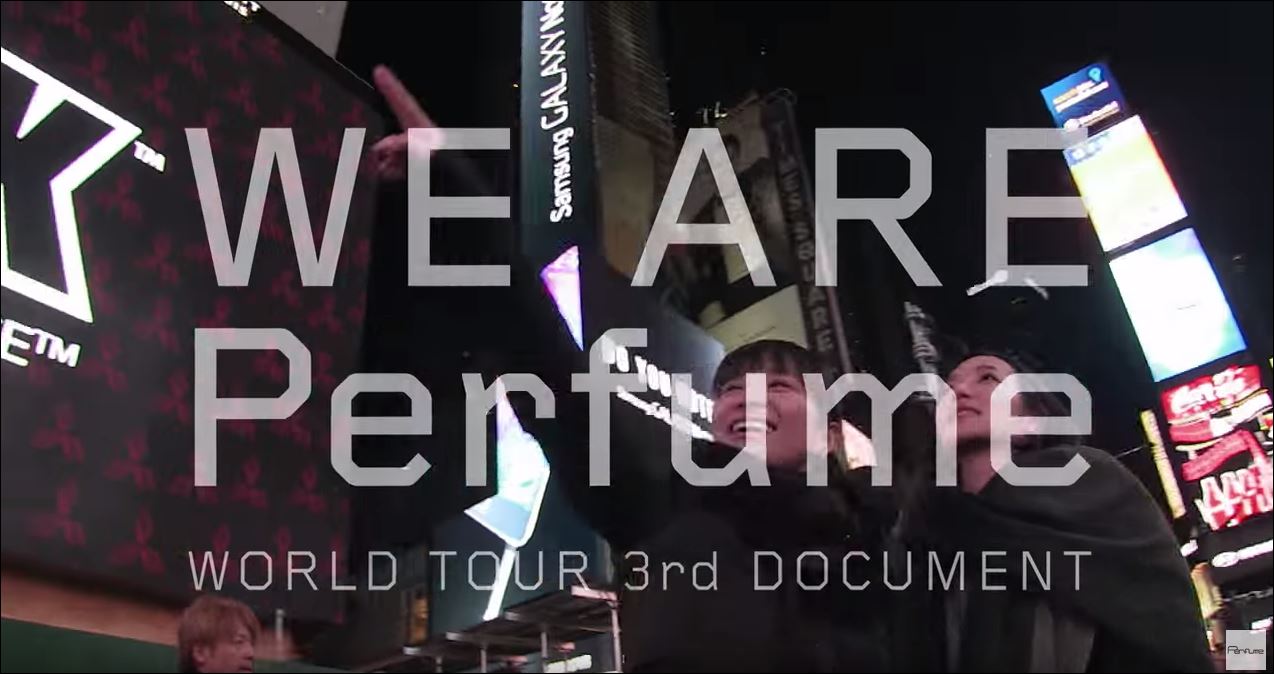 a -chan
Soooooo happy to hear that the film will be shown in Japan and the U.S. at the same time!!!!! That’s amazing! Documentary crew captured so much behind the scenes of how we create Perfume shows including some embarrassing moments but that’s the real us. I’m happy that we get to deliver that to fans not just in Japan but around the world! And the red carpet! Will it really be red? When we went to the “Cars 2” world premier, the carpet was black, the color of the circuit so it’s my dream to walk on the “red” carpet!! I will treasure every step of it. (*^^*) Oh, I’m getting nervous already…LOL

kashiyuka
It was such a pleasure to see our tour becoming a film but that film being shown simultaneously in the U.S. is unbelievable! I hope a lot of people will see it! I’ve never dreamed of walking on the red carpet of an international film festival either. I will walk down the red carpet with my appreciation for everyone involved with the film making. I am happy that we three Perfume members can do that together! I hope to enjoy that gorgeous atmosphere of an international film festival!

nocchi
Wow, this is becoming a big deal…! I really hope that everyone will see the film very soon. Can’t wait! ^ ^

Comment from Film director Taketoshi Sado
This is the first film that I directed and it’s such an honor for me that the film is invited to Tokyo International Film Festival as well as it being shown around the world. If you see Perfume just the way they are in this film, I’m that anyone will become their fan. I hope everyone around the world will see this film.