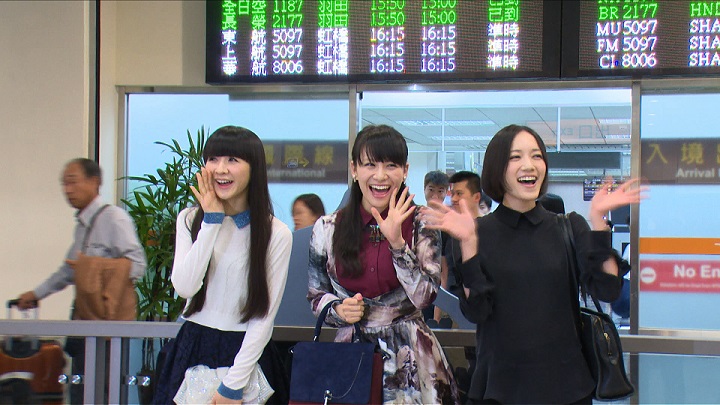 The new film captures Japan’s female pop music trio on its biggest world tour and features live performances and interviews, Official Perfume merchandise will also be available for purchase at each theater location:

WE ARE Perfume WORLD TOUR 3rd DOCUMENT follows the all-girl pop trio on a two-month international live tour. While travelling around the globe to cities across Asia, Europe, and the United States, audiences will see Perfume’s powerful live performances and catch never before seen behind-the-scenes footage.

During several insightful interviews, the members “Dame Dashi” will be revealed in which they reflect on improving for upcoming shows. The source of their passion for performing live will also be explored. In between their tight schedules, the members are depicted enjoying some leisure time – from their excitement in Singapore’s giant Merlion to exploring New York’s Times Square, fans will witness their life-sized reactions. In addition, each member also talks about the world tour, the group’s formation, and a look back on their successful career to-date.