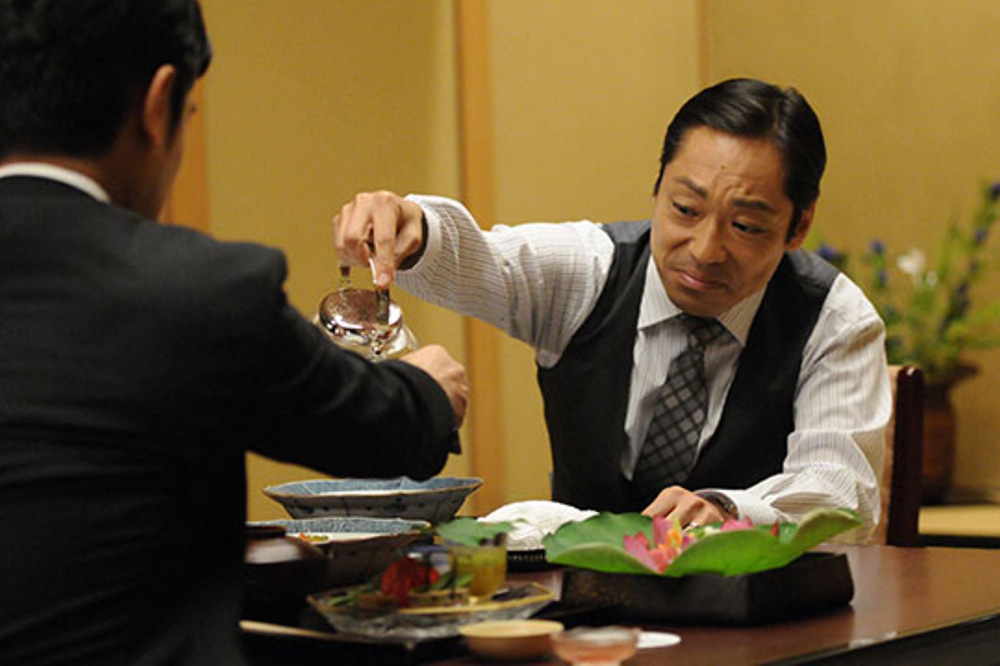 Jumping forward a year after the last episode, Hanzawa (Masato Sakai) has established himself in the Operations Department of Tokyo Chuo Bank, at the center of the financial institution’s operations.

The episode opens with an ominous phone call to Chairman Nakanowatari (Kinya Kitaoji), informing him of an upcoming FSA inspection. Any errors that come to light during the audit would be devastating to the bank’s reputation.

Shortly afterwards, Hanzawa’s supervisor Hiroshi Naito (Kotaro Yoshida) calls Hanzawa into his office. Chief Owada (Teruyuki Kagawa) is still calling trying to set up a friendly dinner with Hanzawa, but Hanzawa’s been ducking his calls. Naito has run out of excuses. Could this timing be sheer coincidence? 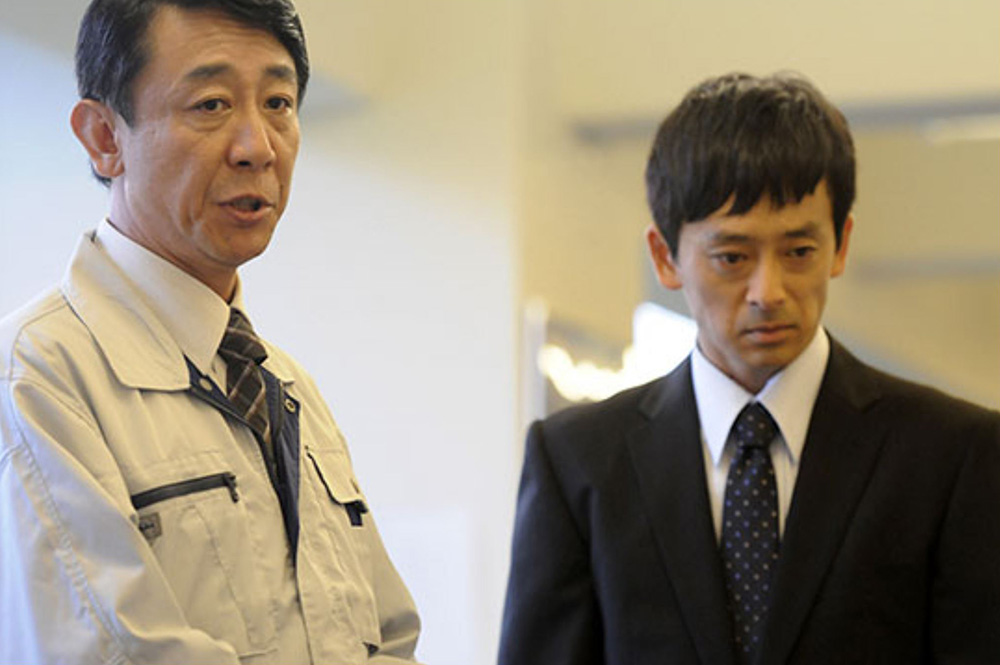 Owada confides in Hanzawa that there’s division among the executives of the bank, and members of the old guard are unhappy with Nakanowatari’s leadership. As he feels out where Hanzawa’s loyalties lie, he tries to strengthen their connection by mentioning their shared hometown of Kanazawa, not realizing he’s fanning the flames of Hanzawa’s hatred for him.

At work, Hanzawa is once again stuck with a tough case. The Iseshima Hotel is facing a 12 billion yen loss, and our favorite banker is put in charge of the recovery plan. His reputation is both blessing and curse, and this assignment comes straight from the Chairman — if he fails, the bank will lose billions more in penalties and the Chairman will be fired. Hanzawa’s a company man and accepts the mission, fully aware it puts him on the front lines of a possible catastrophe.

He’s got two weeks to fix things. The clock is ticking. 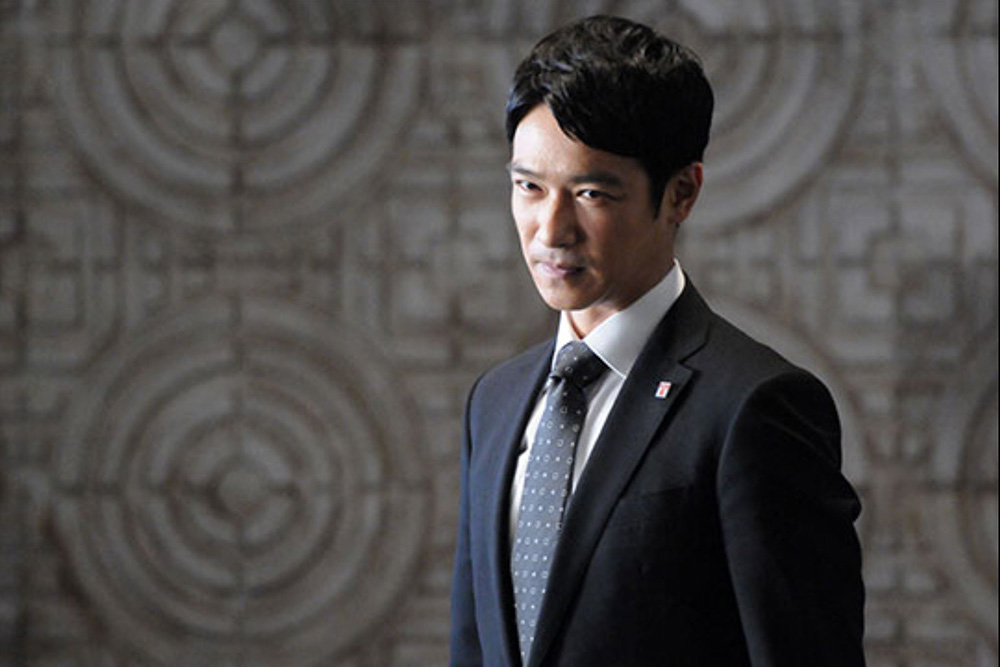 When Hanzawa meets with the hotel’s managing director, Natsuko Hane (Mitsuko Baisho), she instantly turns the tables on him. (Sound familiar?) The loss is the bank’s fault for not thoroughly checking the statements before issuing their most recent loan of 20 billion. It’s simply not her problem.

Hanzawa starts to dig, and it becomes clear that vital information was withheld during the loan process, and the large loan to Iseshima was timed to correspond with the FSA inspection. Someone set this all up.

President Takeshi Yuasa (Taro Suruga) comes to the bank to meet personally with Hanzawa. It turns out that Yuasa is a big fan of Hanzawa after being impressed with his passion for positive solutions when they first met years ago. Unlike Hane, Yuasa is ready to take immediate action to get Iseshima back on track, and presents Hanzawa with an aggressive business plan. 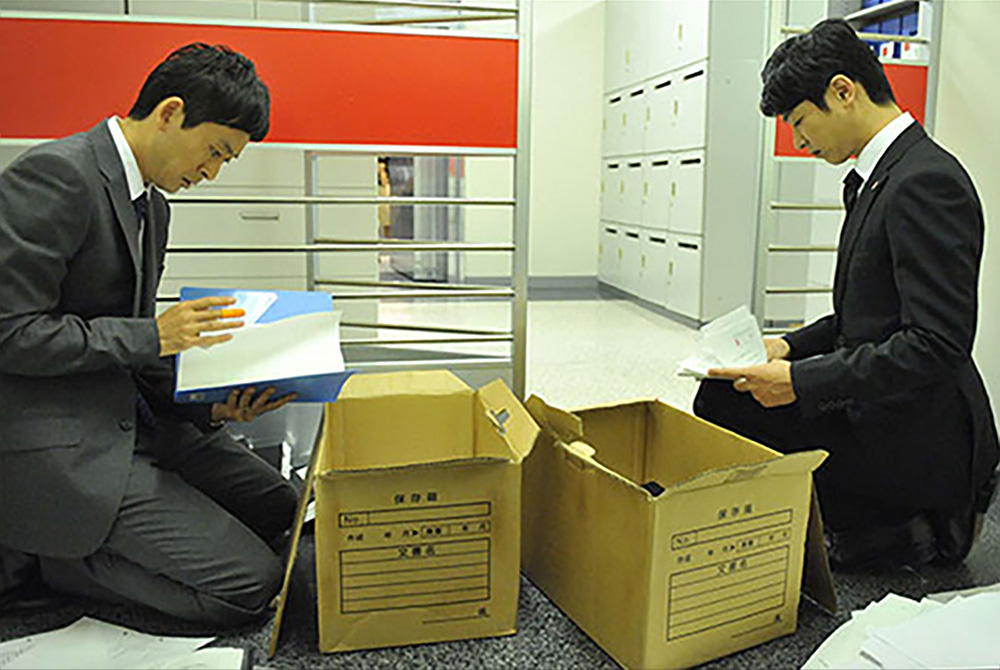 Hanzawa runs into his old friend Kondo (Kenichi Takito). He’s under extreme stress under his new assignment at Tamiya Electric, whose owner is playing fast and loose with the company’s finances.

With Kondo’s help, Hanzawa finds out that the hotel’s debt was deliberately covered up, but there’s a report that shows Tokyo Chuo Bank knew about it and proceeded anyway. Hanzawa races against time to retrieve the report which is due to be removed from the bank vault that same night.

Hanzawa slips into the vault at the last minute and snatches the document that proves his superiors were in on the scam. Tracing the chain of command, Hanzawa brings the news to Owada, informing him that he’s the chief suspect in the coverup. Owada cautions Hanzawa against making rash accusations, but Hanzawa pledges to do everything in his power to make sure the plan to sabotage Iseshima Hotel fails, and that the people behind the plot fail as well. 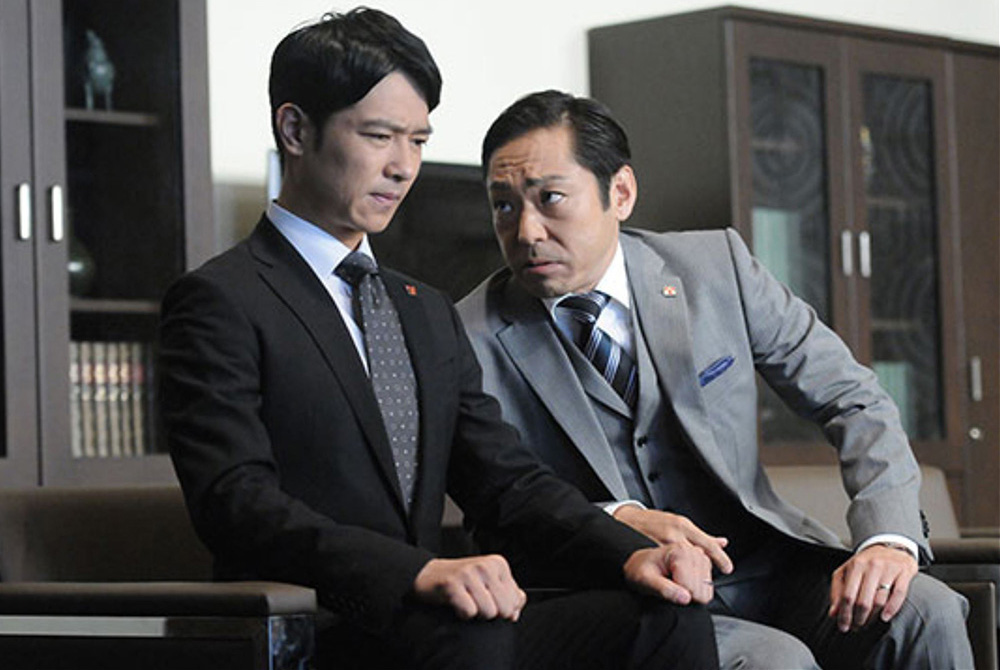 LOST CAUSES
As if Hanzawa doesn’t have enough on his plate, he seems determined to fix Kondo’s problems too.

SAKE AND SORROW
Sakai covers a wide range of emotions during his dinner with Owada — anger, confusion, disbelief, sorrow. Is it really possible that Owada doesn’t remember anything at all about his family’s business or heartbreak? I didn’t know if Hanzawa was going to stab this guy or break down crying. Sakai is pretty much always intense throughout the series, but his performance is rarely predictable.

NEW CHESSBOARD, SAME PIECES
As this second arc of the series begins, many of the elements feel the same. New characters, a new city, but now our main character is closer than ever to the big bad. I’m surprised at how quickly the face off between Hanzawa and Owada has come to the forefront. That means the episodes leading up to their final confrontation will be far more interesting. 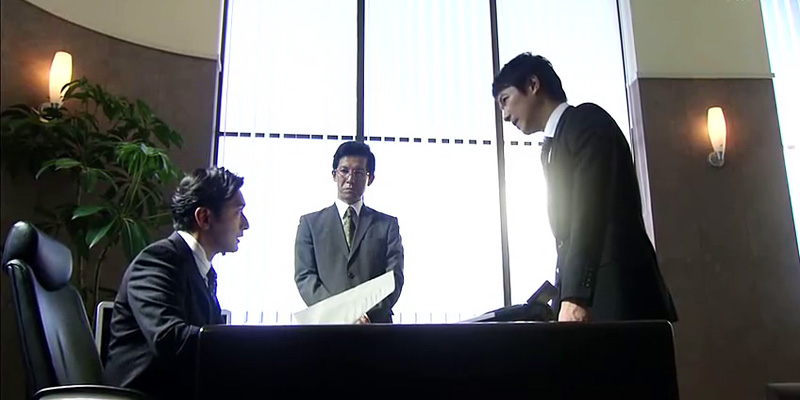