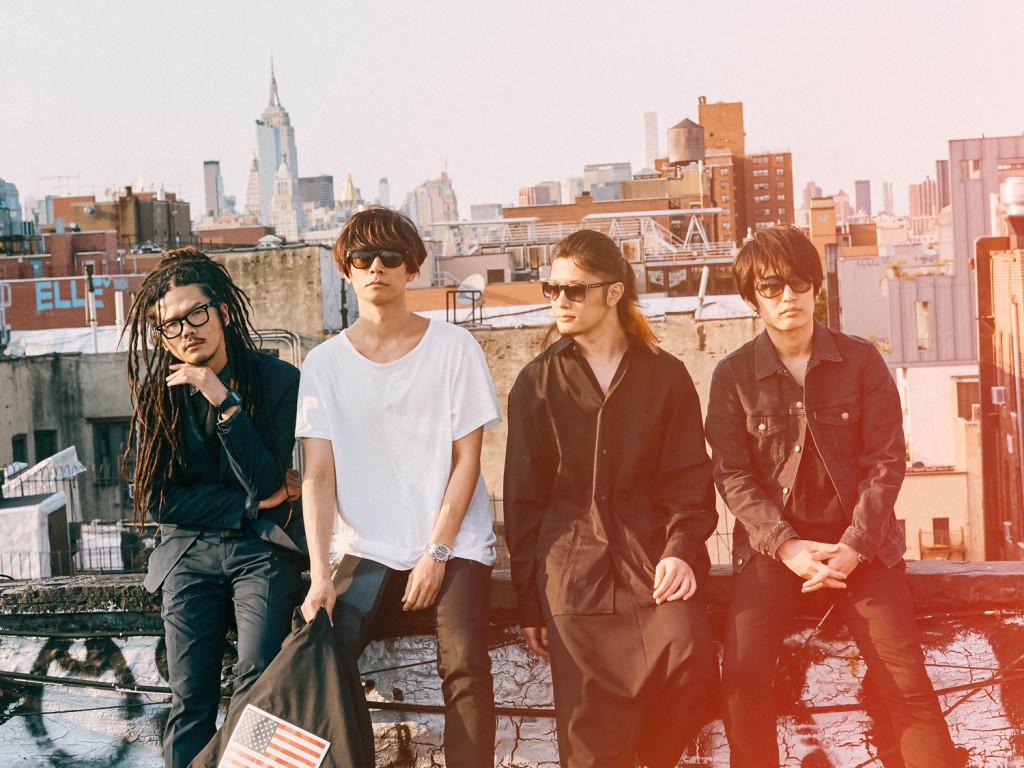 Back home from their recent excursion abroad performing in the U.S., [ALEXANDROS] took some time to answer a few questions for us. Make sure to check out their new album, Sleepless in Brooklyn while you read what they had to say.

In an interview back in 2016, you said you weren’t the most successful band in the world yet so you still had a long way to go. Can you unpack this for us a little? Success is a somewhat subjective term. What does success look like to you? How do you measure it?

Yoohei: When you treat Bono to dinner.

Masa: It can be measured by sales or attendance, but ultimately it’s up to me to decide whether we are successful or not.

Is it still your #1 dream to play Glastonbury?

Hiro: It’s definitely one of my biggest goals.

Masa: Personally, I’m not so keen on the UK music scene, but Glastonbury is known for being a great festival even here in Japan. We would love to perform on that stage, but maybe it’s not our #1 dream.

You’ve recently released “Mosquito Bite”, a song that was used for the live-action BLEACH adaptation. Tell us a little bit about this song. Were you familiar with the anime and knew it would be used for the adaptation before writing it?

Hiro: I had heard about the anime, of course, but did not know too much about it. I read through the whole manga while I was in New Jersey for a recording session.

Yoohei: Think that song is my masterpiece.

You recently played your first shows in the U.S. in D.C. and New York. How was the experience?

Hiro: Awesome. Besides the fact that I was suffering from a heavy jet lag, everything was a great experience.

Masa: Feels like we finally put down some roots in the US. It was a great experience and I learned a few things for next time.

You just announced that you will be releasing a new album on November 21st called Sleepless in Brooklyn. Could you tell us about the title?

Masa: Yoohei came up with the title, and it expresses these dizzy feelings from jet lag and the floating feeling of Brooklyn.

Hiro: We created most of the album in Brooklyn. We went back and forth between Tokyo and Brooklyn and we were literally sleepless due to jet lag and our creative process.

2018 is quickly drawing to a close. What do you have planned for the rest of the year? Any exciting news you’d like to share with your fans?

Hiro: We will be playing for some of the winter rock festivals in Japan, and our tour starts in December. Hope to see you all there!