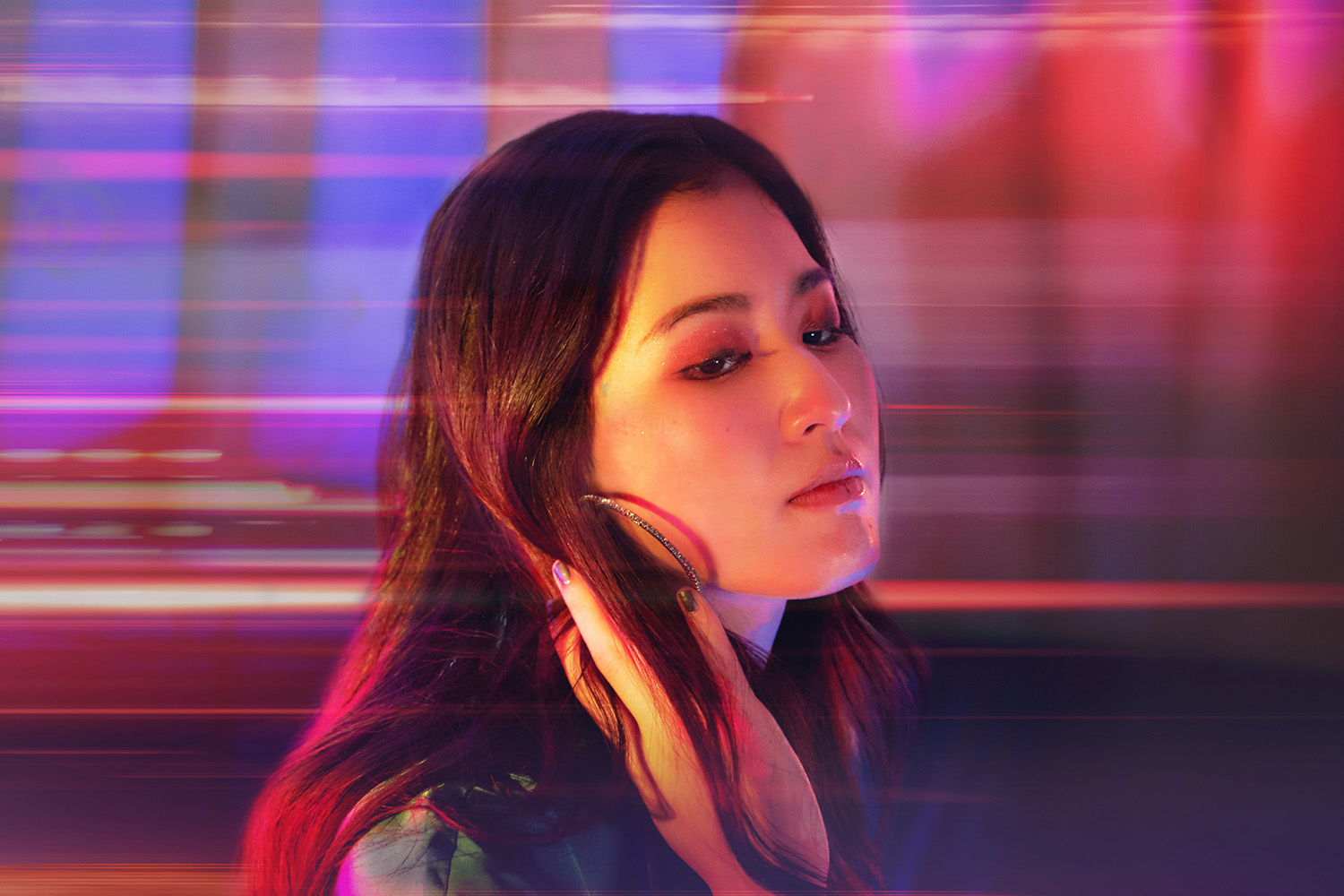 Multi-genre singer MIREI made a bold English language debut in 2020 with Take Me Away, an album that didn’t shy away from sharing social and cultural issues in Japan.  Her new single, “Sell Me Your Love”, continues this openness: it is inspired by the true life crime of a young woman in Kabukicho who killed her boyfriend, who worked in a host club.  We talk to MIREI about this haunting song and her activities on-line in these past two years.

“Sell Me Your Love” includes some dark and maybe even taboo themes.  How do you balance serious subjects with music that is catchy or alluring?

MIREI: I’ve been singing in both Japanese and English, and the reason why I sing is to tell people that you’re not alone. I’ve always felt alone when I was young since I wasn’t good at articulating my feelings to others, except through music. There was music that understood me and encouraged me. That’s why I often decide to sing about themes that most people are hesitant to talk about. Every thought, whether positive or negative, should be treated delicately. It’s all part of us and I want people to embrace them no matter what. I always do my best when it comes to making songs that dissect those themes, so listeners can digest them and learn to accept them, just as I learned to do.

What made you decide to sing from the perpetrator’s point of view?

MIREI: I started writing it because I wanted to understand the notion of love behind the incident. It’s a unique type of romance since it was being treated as a purchasable commodity. Since I live in Tokyo, I’ve seen how it’s not a very uncommon thing here to buy “love” with money. Nowadays, I feel like you can buy almost everything with money – whether that may be likes on socials, dates with someone you’re interested in, fan meet ups, etc. The incident that happened was crazy, but their whole relationship was madness on its own; therefore, I thought if I write about it, I could understand them better.

The different tones of light in the video for “Sell Me Your Love” are striking.  How much input did you have in its creative direction and overall look?

MIREI: My director Mr. [Takeshi] Nomura and I have known each other for about 10 years. He understands me well and I trust his creative process, so all I did was throw out my random ideas and tell him the story behind this song. I sent several news articles of the incident, court trial records, and the real video of the woman next to her stabbed boyfriend that went viral online. I told him I wanted to show the fantasy surrounding their relationship, so I didn’t want to be be too realistic about the incident. I think he illustrated it amazingly.

Love and consumer culture are a big deal this time of year for Valentine’s Day in both America and Japan.  What are your thoughts on the holiday?

MIREI: Although I’m not a fan of treating love as something that can be bought, each person has a different love language and I don’t think there’s any harm in showing affection through mindful gifts. For a shy person like me, holidays are great opportunities to show gratitude to people I love. I’m not good at surprises too, so without holidays or anniversaries I wouldn’t know when to say thank you and give presents. So in a way, I’m quite thankful for special days to show appreciation for people I care about.

For Valentine’s Day, there’s a culture in Japan where women give chocolates to people they love. I heard that several chocolate manufactures started this many years ago, which I know feeds into consumer culture. But at the same time, it has created some happy memories of giving and receiving chocolates with my classmates since I was in elementary school. Although it’s a little weird custom, I personally love the culture since I really love chocolates. The most exciting day in elementary school was when school served us Agepan, which is a sweet sugar coated fried bread for lunch and Valentine’s Day. Treating love as a commodity is wrong, but practicing mindful gifting ever once in a while is a great way to connect with others. Haha.

Switching gears now, we saw you start up MIREI TV during quarantine. Is that something you’ll continue to do as we slowly return to live shows?  How have the livestreams changed your approach to performing?

MIREI: MIREI TV is like the only way I communicate with my fans in real time and it’s super exciting, so I definitely wanna continue doing it. Especially since my fans are all over the world, it’s nice to see them connect with each other online. Not only can I talk to my fans, but it also makes me realize that we’re discussing the same topic – regardless of the location – in a comfortable and safe environment. Doing those livestreams made me sing by instrumentals, too. I do my livestreams at home, which is the most relaxed and personal place for me. This has also helped me sing in a simpler format and since then, I’ve done a lot of offline acoustic concerts in Japan. Livestreams and quarantine gave me the chance to be more personal in front of people and I’m very thankful for it.

How do you choose what to talk about for each episode?

MIREI: It depends on what I’ve been inspired, influenced, or shocked by recently. I try to dedicate each episode on real-time topics so anyone who’s new might be interested too. Also, I love to go back to  history and learn about the roots of music with my fans. “Sell Me Your Love” was also influenced by some of the roots of R&B that I tapped into with my fans on MIREI TV. Of course, my favorite was the release party where I could share my new stuff the fastest to my fans and discuss it together!

You’ve done a few episodes on Black music and donated proceeds to NAACP. How has the Black Lives Matter movement affected you creatively?

MIREI: My sound is largely influenced by my love for Black music, which is the reason why I got interested in singing. When I was young, I wanted to sing and dance like Rihanna. In my car, my dad was always playing his favorite R&B and Hip Hop songs whereas on my own, I learned how to sing soul and gospel music. So it was natural that when I moved to NYC, I went to Harlem and sang in the Gospel choir. I still remember I was always the only Asian person in the community, but everyone welcomed me even though I didn’t speak English fluently. I’m so thankful for it. The experiences and friends I made there made me respect Black culture, not just the music. When Black Lives Matter movement occurred and people started to stand up, I thought it was my turn to support them. That’s why I talked about it on my MIREI TV and I thought it was part of my duty as an artist to talk about it with my listeners.

Who currently inspires you in terms of music and fashion?

MIREI: For music, I love listening to Nightcore music. I first knew about it because some of my Japanese songs were remixed to Nightcore versions and posted on YouTube. Nowadays, many songs have Nightcore remixes on TikTok, right? It’s cute and addictive, so it’s my latest favorite.

For fashion, I’m addicted to K-pop. Especially the groups that recently debuted are crazy, like they’re all more mature than me although they were born in the late 2000s. Their colorful, classy but cyber-pop visuals are just my type. They make me wanna wear short pants and skirts while it’s snowing in Tokyo, which isn’t a good idea. Haha.

Mental health is another topic in your music.  What are the things you do to take care of your own mental health?

MIREI: I have many rules for taking care of my mental health, so I’ll share some of them. Wake up in the morning, open the curtains, and get some sunlight. Find a reason to go outdoors no matter how busy I am. On holidays, go enjoy nature and spend some time alone to dive into my own mind.

During the pandemic, my mental health was very unstable if I’m honest, so I tried many things that popped up when I Googled “I feel low, what do I do.” Haha. Treating my mental health felt just as challenging as my physical health. There were no perfect medicines and methods, but once I realized that it was a long term process of constantly working and bettering myself, I started finding stability.

Finally, it’s been 2 years since your English-language debut album, Take Me Away. Are there plans for a new album? If so, can you give us any hints on what to expect?

MIREI: I’m preparing to release new songs, so be on the lookout for them. I was “Lonely in Tokyo” – no pun intended – when I released my debut album, but now I’m more “stuck in Tokyo.” I have so many things to think, talk, and tell my listeners. If you love my recent releases, I’m sure you’ll love my other songs. Can’t wait to share those with you! 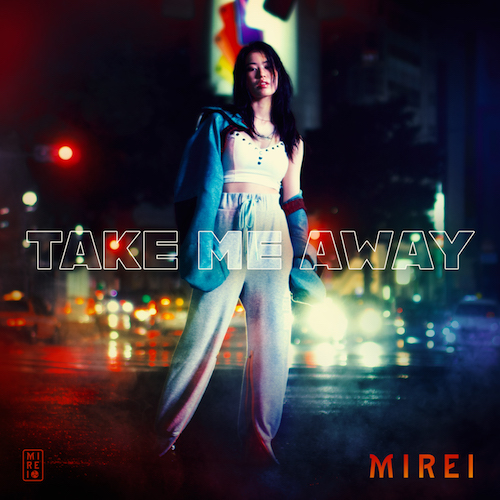