Sumodo – The Successors of Samurai
Review by David Cirone 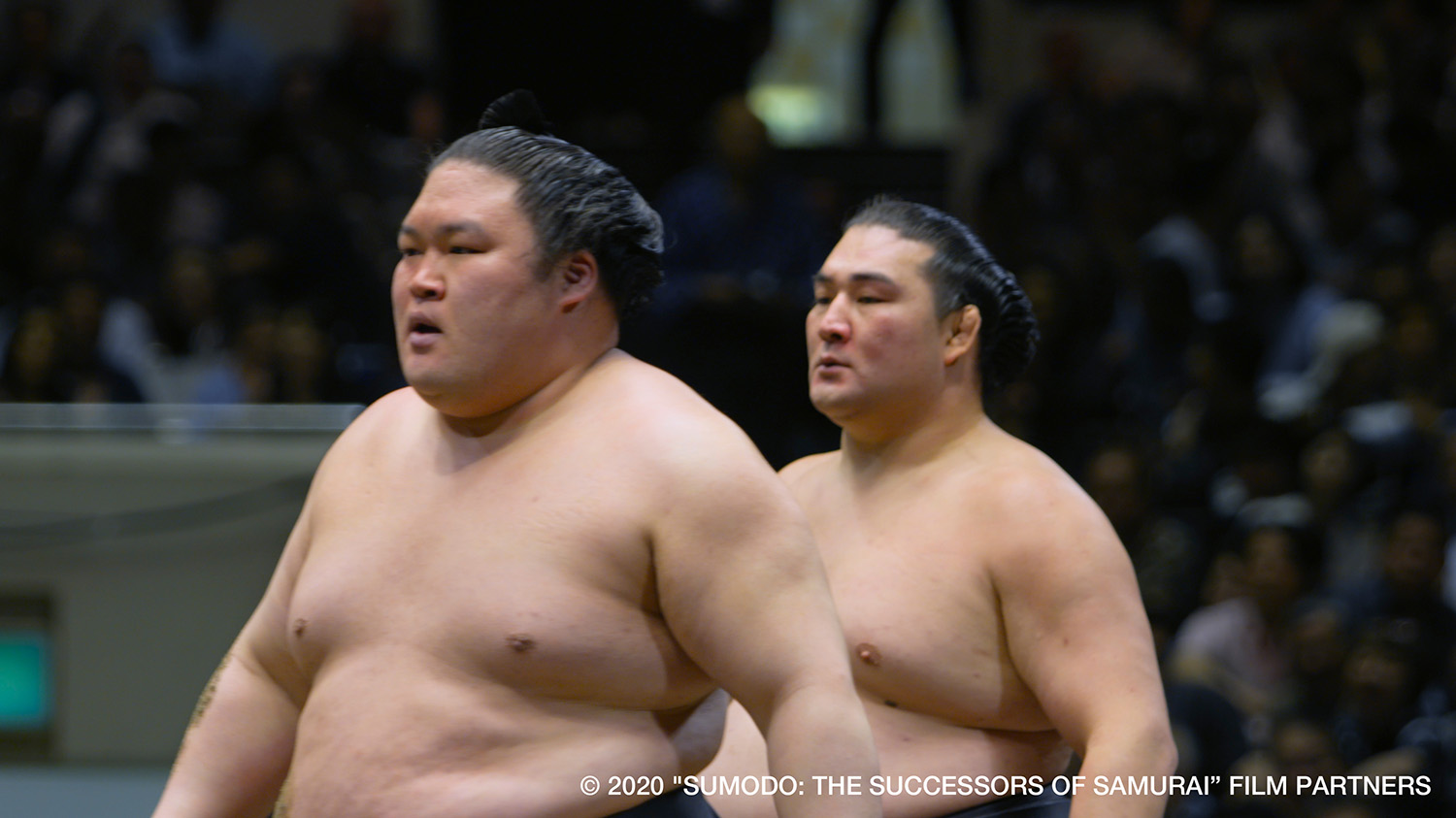 Sumodo – The Successors of Samurai is a wonderfully engaging documentary about the world of sumo wrestling, covering several months in the lives of the professional athletes as they train for intense tournaments across Japan.

Produced and directed by Eiji Sakata, the film opens with a display of the scope and energy of the sumo arena, showing fans of all ages and nationalities packing into the decorated building to watch elite-level hand to hand combat. 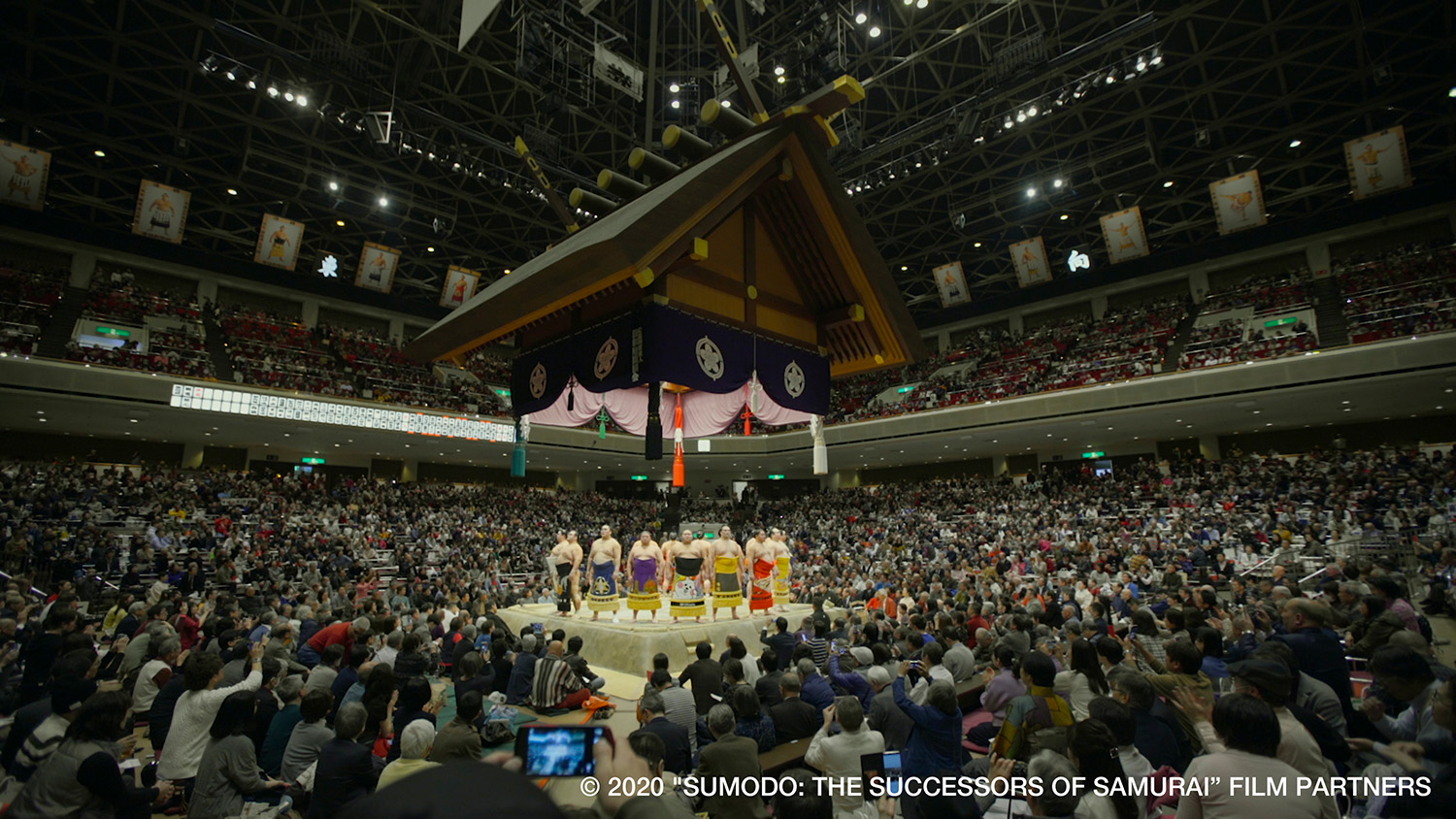 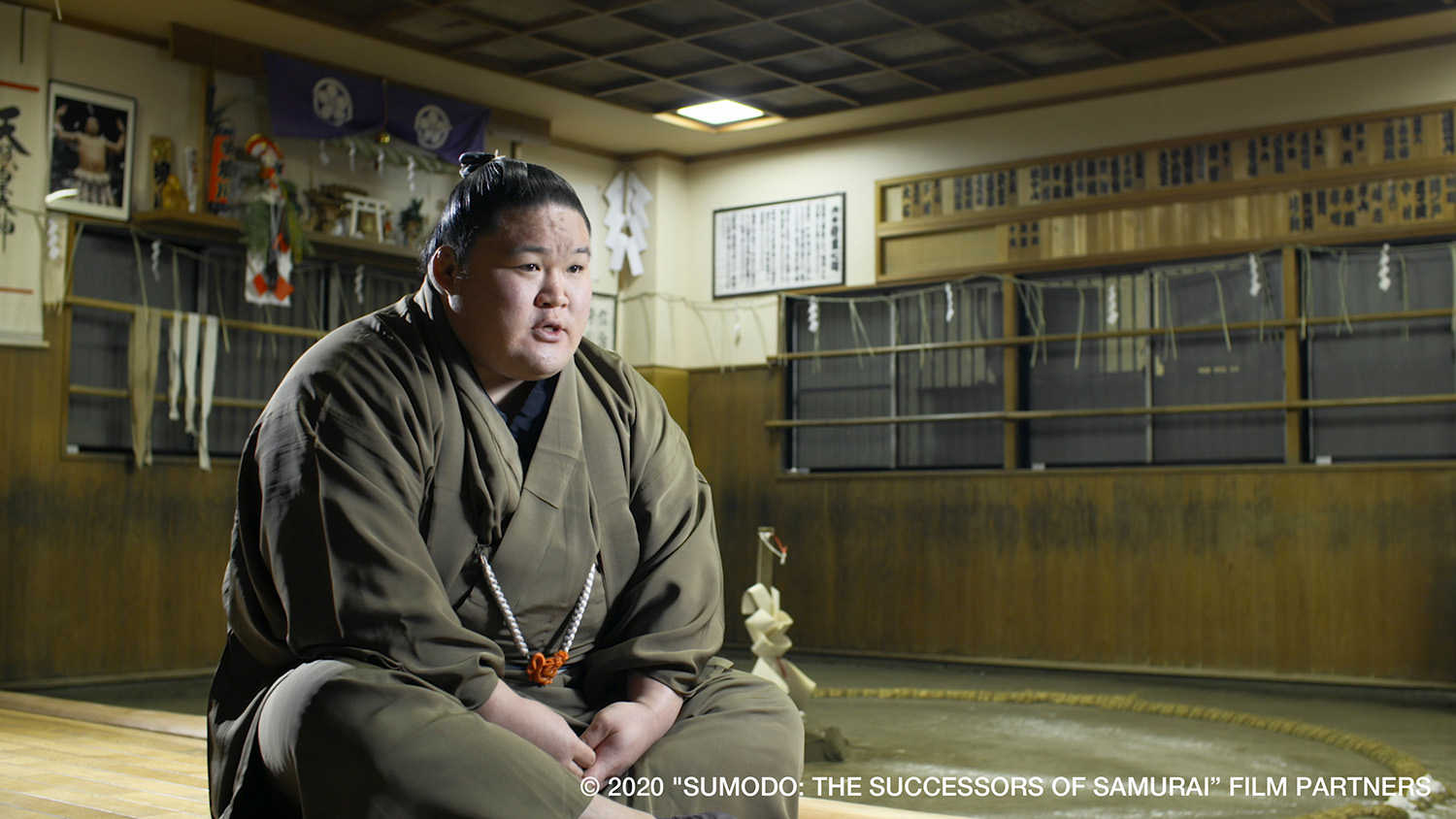 Sakata wisely doesn’t dwell too long on the spectacle and the documentary quickly takes us to a rather simple looking building, the “stable” where the large men train daily, even on Christmas morning. Nearly naked, wearing only traditional waist garments, the wrestlers collide with hit after punishing hit on the dirt floor. “Getting battered day after day is what makes me strong,” comments one of the warriors.

The word “samurai” in the title is not used lightly — the relationship between samurai and sumo reaches far into Japan’s history, with training connected to the country’s feudal wars. More than just outward tradition, the modern sumo of the 21st century share the same dedication, focus, and athleticism as their ancestors. 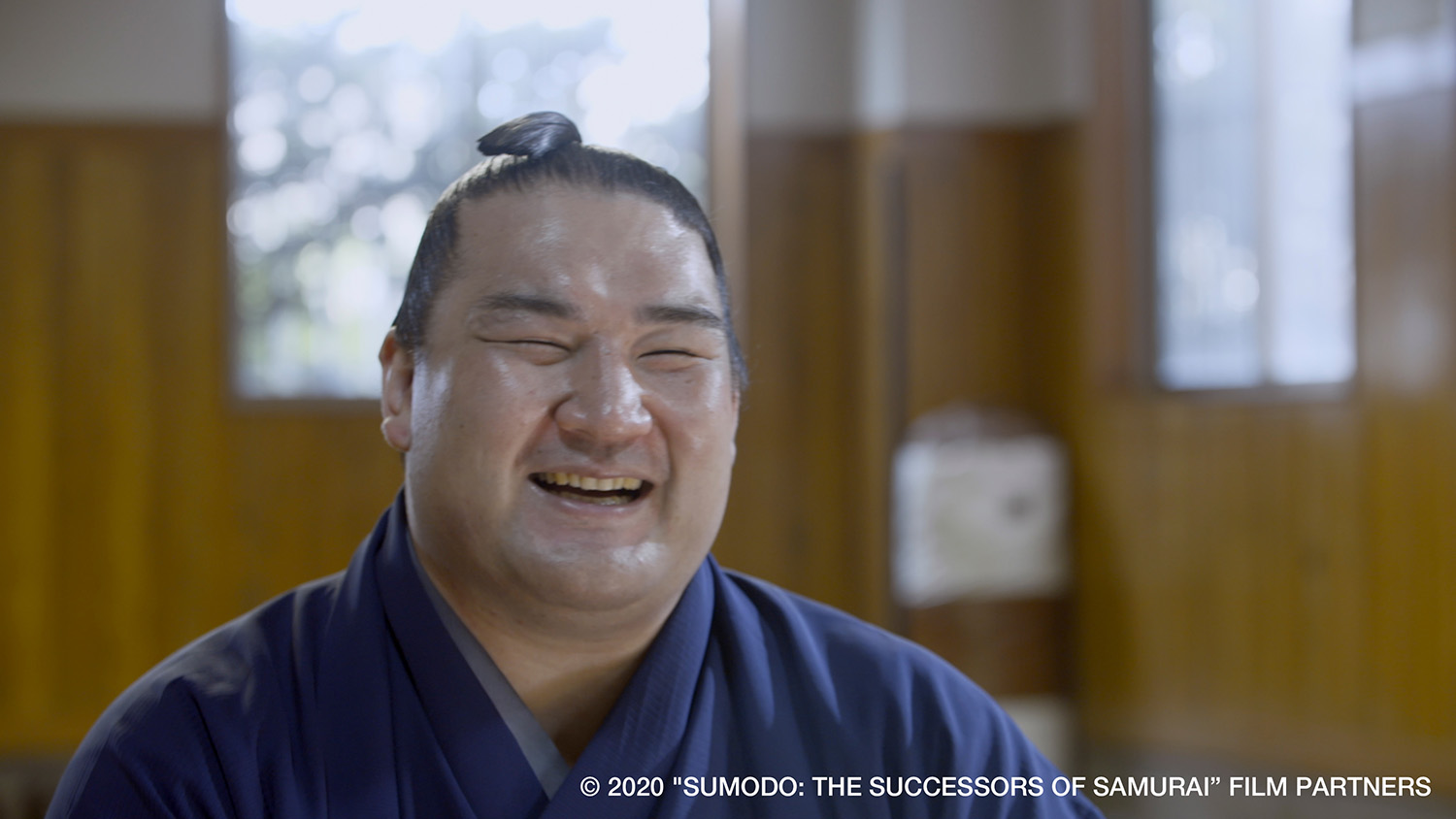 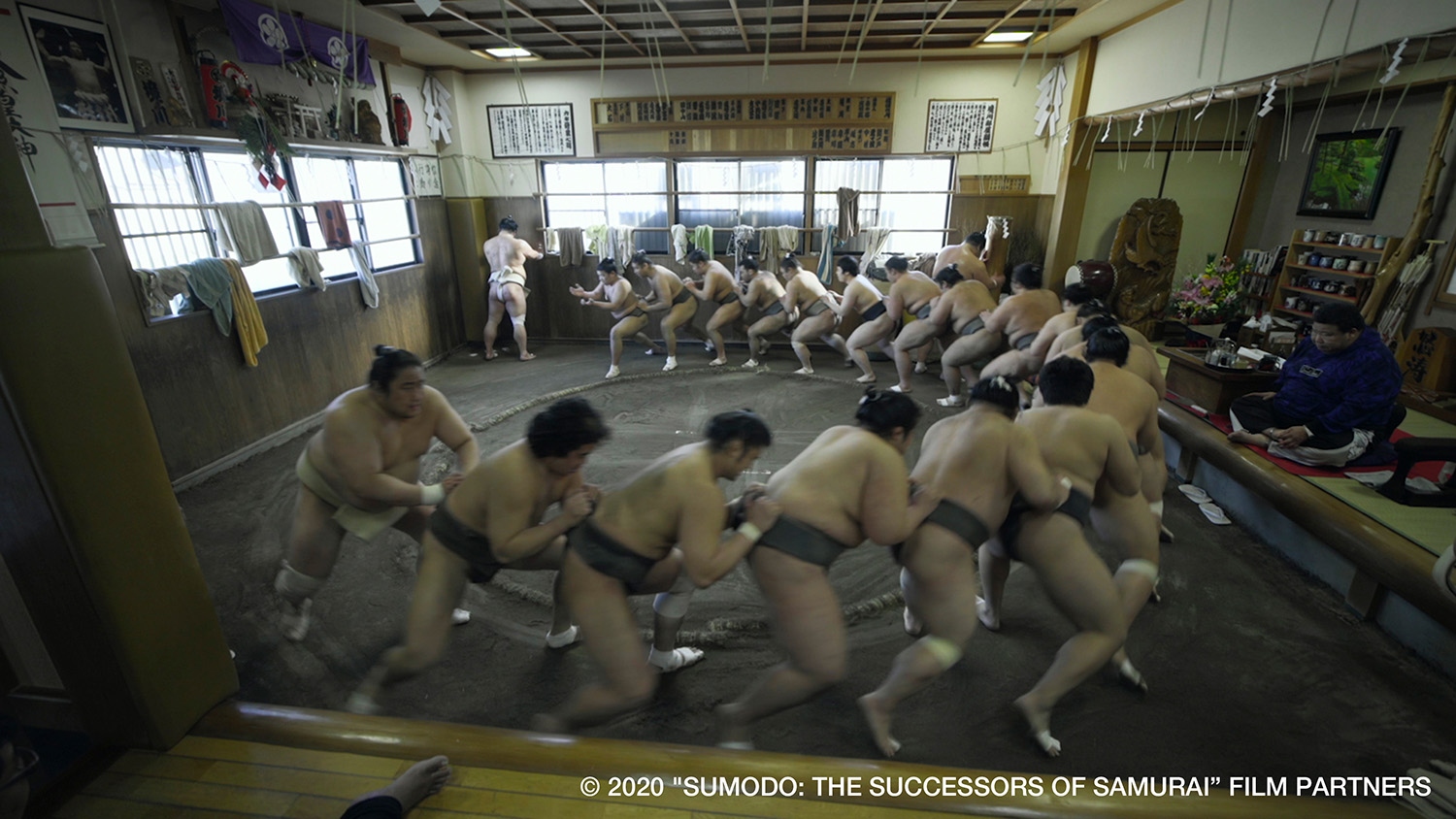 To be a sumo wrestler means putting your life on the line again and again, and one wrestler equates each encounter to a traffic accident, with men over 200 pounds each slamming into each other at full force. The way Sakata shoots the training sessions puts the viewer so close to the action, the sound and images of the raw impact is visceral and brutal. We get more than one bloody nose, a few torn muscles, and a match where both wrestlers split their foreheads open during combat.

Sumodo does a great job of showing the brotherhood that forms between the members of each stable, and the two prominent personalities of the film — the stoic Goeido and the more jovial Ryuden — come from different stables and different styles of training. Both men show unwavering devotion, but there’s more than one way to master the sport. As one stable leader puts it, “I tell them to believe 80% of what I teach them. The other 20% of their training has to be their own — that way they own it. They find their own path to sumo.” 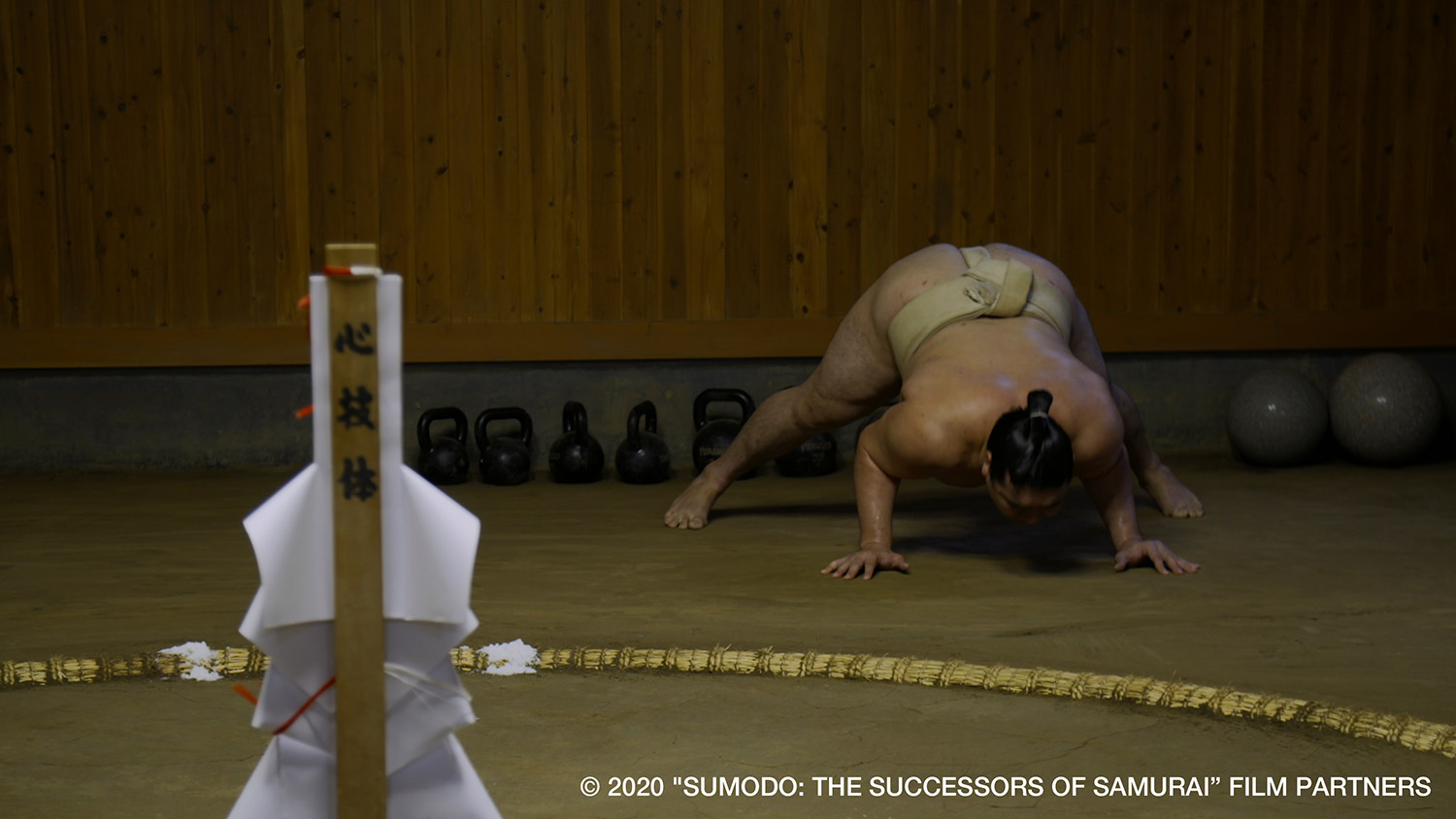 The documentary style is virtually hands-off, with little narration — the sincerity and magnetism of the subjects in front of the camera is enough to hold our interest. A few of highlights include watching Goeido deal with a possibly-crippling injury in the middle of competition, the ritual of rebuilding the arena from scratch for each tournament using traditional techniques, and enjoying a delightful dinner where the members of a stable literally eat all the food in a restaurant.

Sumodo offers a rare insider’s view of an event that is equal parts ritual, sport, and entertainment.

Sumodo – The Successors of Samurai (trailer)